Physicists Take ‘Snapshots’ of Electrons on the Move 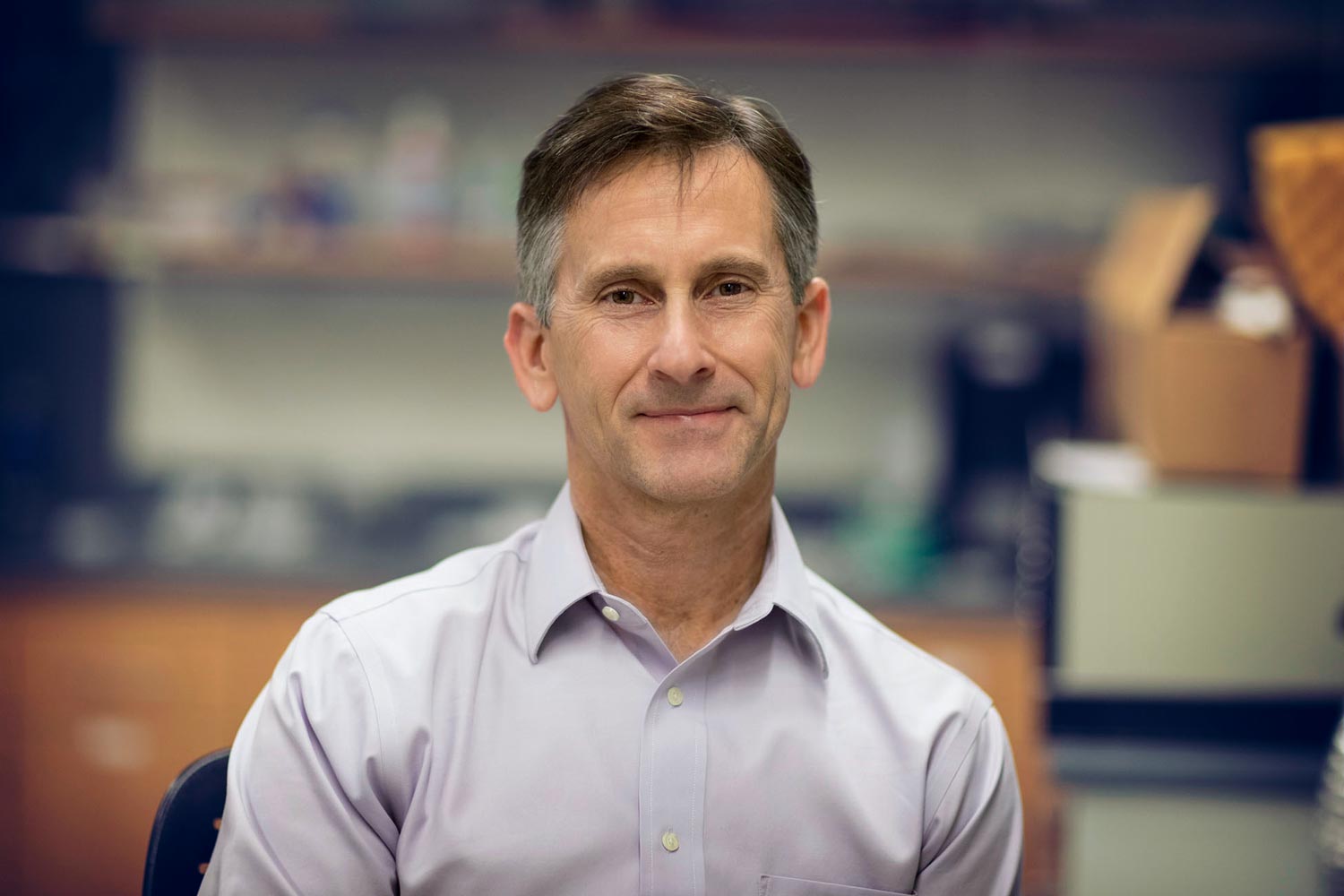 A University of Virginia physicist and his colleagues at The Ohio State University have – for just a fraction of a second – glimpsed an electron’s-eye view of the world.

That is, they have succeeded for the first time in tracking an electron leaving the vicinity of an atom as the atom absorbs light. In a manner akin to taking “snapshots” of the process, they were able to follow how each electron’s unique momentum changed over the incredibly short span of time it took to escape its host atom and become a free electron.

The findings are published this week in the journal Nature Physics.

Robert Jones, UVA’s Francis H. Smith Professor of Physics, and his Ohio State co-investigators write that following electrons in such fine detail constitutes a first step toward controlling electrons’ behavior inside matter – and thus the first step down a long and complicated road that could eventually lead to the ability to create new states of matter at will.

One immediate consequence is that researchers can now classify the quantum mechanical behavior of electrons from different atoms, such as a helium atom or a neon atom, and decipher their early history.

“Quantum connections between electrons are at the heart of many of the distinct properties of different types of matter, but those connections can be very hard to measure directly, especially when they are changing very quickly with time,” Jones said. “Our measurements demonstrate that even subtly different connections in relatively simple atoms can be captured and distinguished when partner electrons are torn from each other.”

The researchers’ ultimate goal is to map quantum mechanical systems – which apply to the ultra-small world – on a much larger scale so they can eventually direct the movements of sub-atomic particles inside a molecule.

“If you think of each snapshot we take as a frame in a movie, maybe someday we could stop the movie at one particular frame and change what happens next – say by poking an electron with light and changing its direction,” said the project’s leader, physicist Louis DiMauro of Ohio State. “It would be like going inside a chemical reaction and making the reaction happen in a different way than it would naturally.”

Essentially, the researchers have proven that a well-established laboratory technique for studying free electrons could be used to study electrons that are not quite free yet, but rather in the process of exiting an atom.

Electrons behave differently when they can feel the tug of sub-atomic forces from a nucleus and neighbor electrons, and the farther away they get from an atom, those forces diminish. Though breaking free takes less than a femtosecond (one-quadrillionth of a second), this study shows how an electron’s momentum changes many times along the way as it loses contact with individual parts of the atom. Those changes take place on the scale of attoseconds (thousandths of a femtosecond, or quintillionths of a second).

“The departing electrons are sensitive to their atomic environment only during a short time, so repeated measurements or snapshots might be assembled as frames in a molecular movie,” Jones said. “Such a movie could be a powerful thing, revealing the extremely fast changes in atomic-scale environments during photosynthetic or other chemical reactions, perhaps providing insight to improve their efficiencies.”

The researchers used a technique that involves hitting the atoms in a gas with light to reveal quantum mechanical information. The method has been around for nearly 15 years, and has become a standard procedure for studying processes that happen on very short timescales. But not all the quantum mechanical information that comes from the method is usable to physicists, at least not until now.

“We’re using the information that other people would throw away, the part that comes from close to the nucleus of the atom, because the data always seemed too complex to decipher,” DiMauro said. “We developed a model that shows we can extract some simple but important information from the more complex information.”