Politics Internships Collapsed, But This Program Came Through for Students 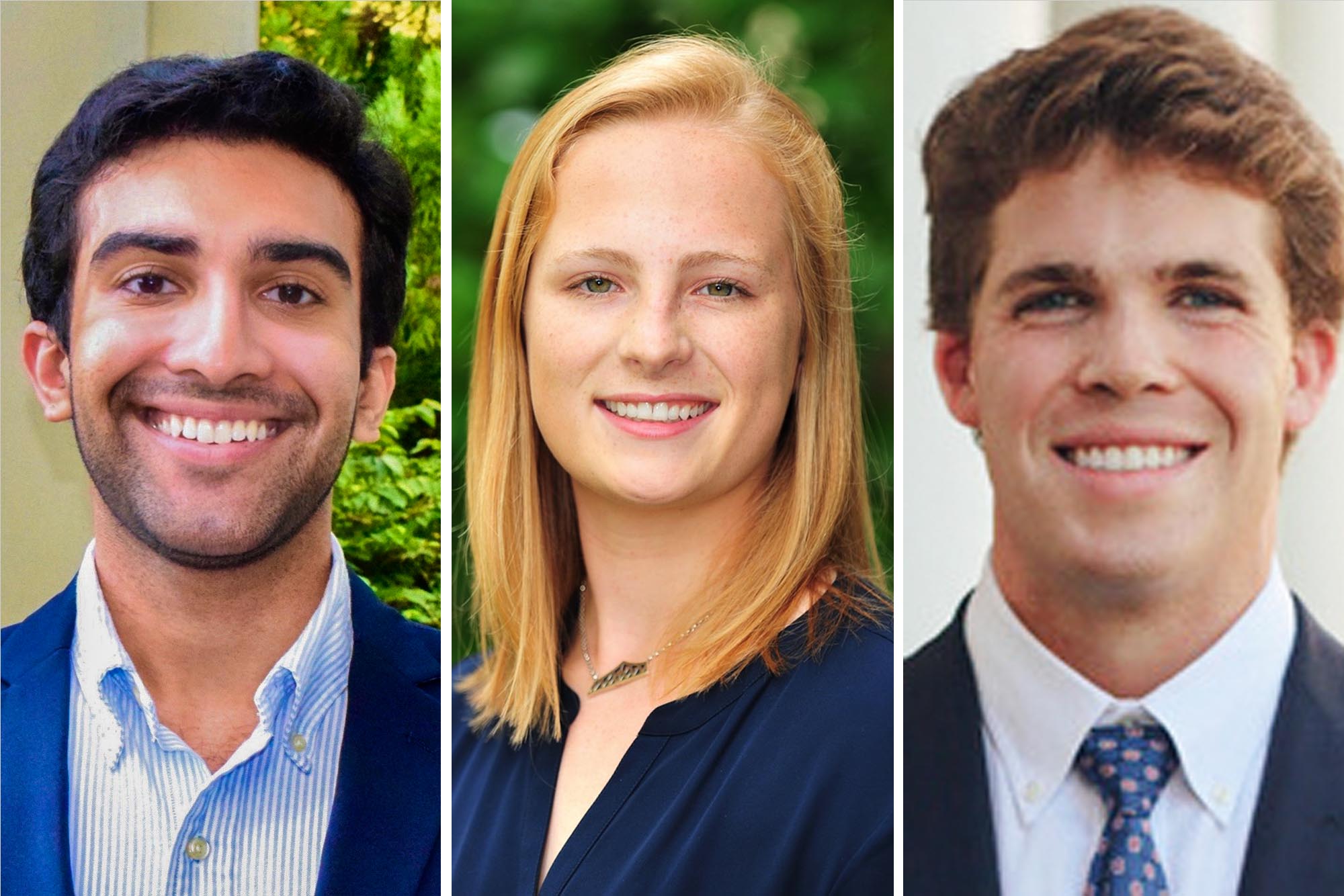 Nik Popli, Eleanor Williams and Matthew Greason joined more than 50 UVA students in a virtual summer internship put on by the Center for Politics. (Contributed photos)

In a strange summer full of lost jobs and internships for many college students, University of Virginia fourth-year student Nik Popli received an unexpected bonus: a mentor, in the form of alumnus Steven Ginsberg, the national editor of The Washington Post.

“We had an instant bond, and talked about the work we are doing at The Cavalier Daily; similar work at the Post; his career path, which was really inspiring to me; and how to navigate the job market,” said Popli, who was a student correspondent for the Post in high school and received a Virginia Press Association award in investigative journalism for a Cavalier Daily story about historic racism at UVA.

“He gave me such great advice, and I feel really fortunate to have had the opportunity to connect and keep talking with Steven as I prepare for my last year at UVA,” Popli said.

For his part, Ginsberg was impressed with the student journalist.

“I really enjoyed talking to Nik, in part just to reconnect to the University community, which I miss and love, but also to hear Nik talk about the journalism he is doing,” he said. “He is covering some of the same big national stories we are all working on, struggling with the same challenges that journalism faces, and he has done investigative work that would run at any newspaper in the country, helping to move The Cavalier Daily into an important position. As an alum, I am glad to know that this is happening and grateful to be able to talk to him.”

The mentorship was part of Popli’s participation in the 22nd Century Scholars program, a virtual internship program launched by professor Larry Sabato and UVA’s Center for Politics to help students whose public sector internships and jobs suddenly disappeared during the pandemic. The paid internships, funded entirely by private donations, placed more than 50 rising second-, third- and fourth-year UVA students on virtual projects at the Center for Politics, the Miller Center for Public Affairs, the Weldon Cooper Center for Public Service, the Sorensen Institute for Political Leadership, the Frank Batten School of Leadership and Public Policy and the UVA Democracy Initiative’s Deliberative Media Lab.

“This will not solve all of the problems our students are facing, of course, but I hope it will provide some income for students who lost summer opportunities, while also giving them some constructive and hopefully intellectually stimulating work,” Sabato, who directs the Center for Politics, said when he launched the program.

Students were assigned mentors – all former students in Sabato’s courses who have stayed in touch with the professor – and heard from numerous guest speakers via video chat, including the chiefs of staff to Virginia’s U.S. Senators, Tim Kaine and Mark Warner; Richmond Mayor Levar Stoney; state Del. Schuyler VanValkenburg; and several professors, historians and nonprofit leaders. In addition, a virtual panel of UVA alumni working in politics, government and related nonprofits or other organizations offered career advice. 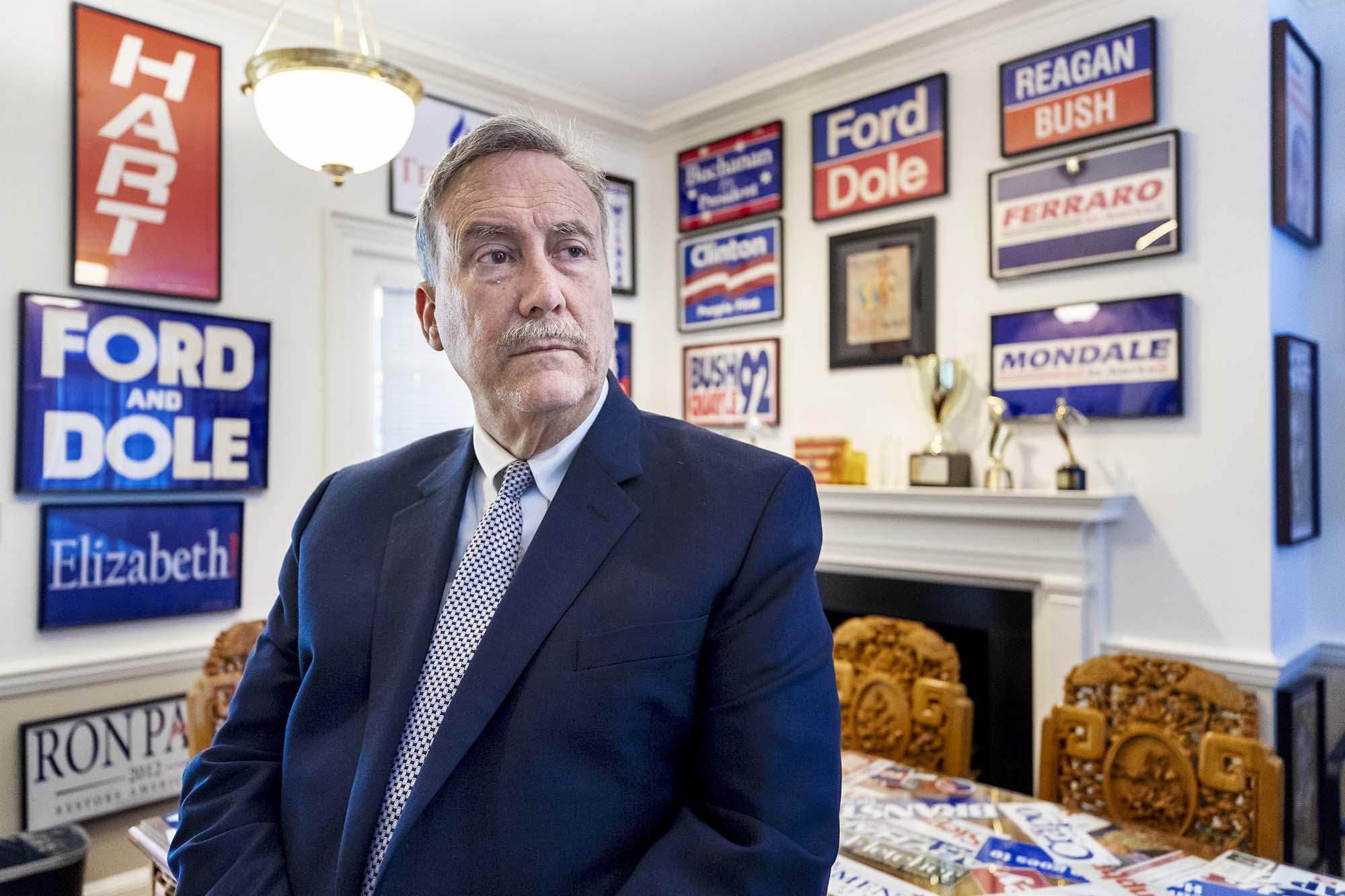 Center for Politics director Larry Sabato wanted to find a way to help students who had lost jobs and internships in the public sector. (Photo by Sanjay Suchak, University Communications)

Students also were assigned specific projects to work on. Popli, for example, went through recordings from the Miller Center’s Presidential Oral History program to put together information about past presidents’ approaches to race relations.

“I had not heard any of those recordings before, and it was very clear how presidents’ attitudes toward people of color shaped their policies,” he said. “It felt particularly important now as we see how the current president is responding the Black Lives Matter movement.”

Two other interns, Eleanor Williams and Matthew Greason, worked on two projects for the Center for Politics: promoting voter registration and information for students, and fact-checking for a documentary the center is working on for PBS. The three-part documentary, “Dismantling Democracy,” will air this fall.

“It was really cool to work on something that will have a tangible impact, with the election coming up and the documentary in the fall,” said Williams, a third-year economics major whose summer internship with her state senator was cancelled due to the pandemic. “This really opened my eyes to a career in politics, and careers related to politics. We heard from so many UVA grads working in the public sector, not as politicians, but as government consultants or nonprofit leaders. It was great to see other ways I could get involved in politics.”

Greason said the experience was inspiring and motivating.

“With COVID, internships were not available in a lot of fields, or people with something in the works saw that fall through,” the fourth-year economics and Spanish student said. “This was a fantastic opportunity to have hands-on experience and build my résumé, but more than that, a huge learning experience from leaders in the industry.

“I have a huge personal interest in politics, especially now, so it’s important to me and really beneficial to learn about the political process, think about it through a wider lens and talk to like-minded peers in a constructive way. I learned so much from Professor Sabato and from the guest speakers who came in and shared their thoughts.”

“All of the experts that came in and talked to us, and the staff and other students, were trying to work toward something productive, such as getting people to vote, something a lot of people can agree on,” he said. “I thought it could be a bloodbath [because of bitter partisan divides in the country], but it was really civil and a great learning experience to find common ground and turn that into action.”