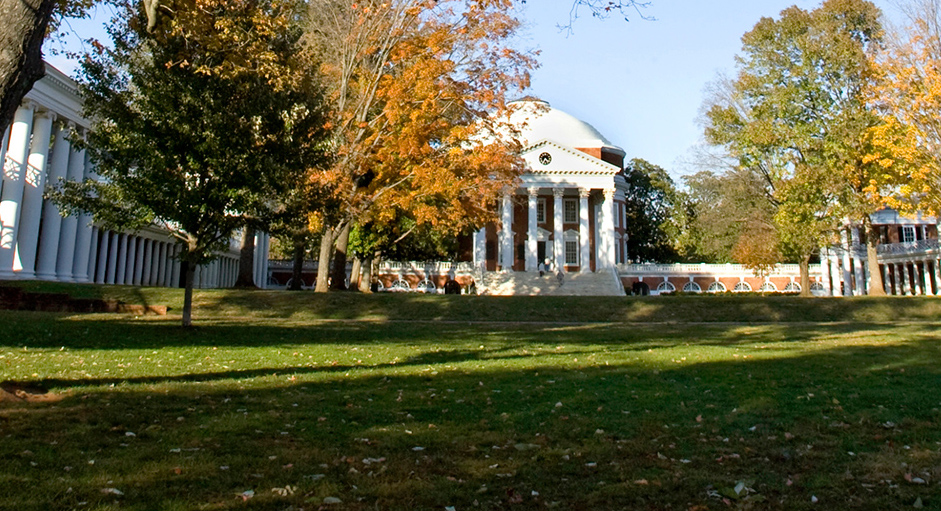 University of Virginia President Teresa A. Sullivan has said that faculty recruitment and retention is her top priority. Her plan to raise faculty salaries now has a price tag: $65 million over four years.

Meeting at the School of Nursing’s Claude Moore Nursing Education Building, the senators also unanimously endorsed a report calling for reform of the Board of Visitors, including the addition of a non-voting faculty representative, and learned that a committee leading the effort to establish a new internal financial model may be nearing a recommendation.

Speaking in the place of Sullivan, who was unavailable to attend the rescheduled meeting, Simon said the plan to raise salaries would have both school-based and institutional targets.

The president plans to recommend to the Board of Visitors at its meeting later this week that it set an institutional goal of boosting faculty salaries to the top third of Association of American Universities member institutions by 2016-17, Simon said. The University currently ranks 26th among the 62 AAU schools and sixth among public AAU institutions.

Reaching that goal, though, will take more than just decreeing across-the-board raises, Simon said. “We recognize that each school has its own peer group that it uses for comparison,” he said. “And we also recognize that the salaries required to retain faculty are dependent on this peer group, and therefore differ school to school.”

Thus, “each school needs to develop a compensation plan that meets its individual and specific needs,” he said.

He added that in the long term, salary support through endowments “is an urgent need.” He also said the president is committed to paying market-based salaries for members of the University’s staff.

Simon also updated the Senate on the institutional strategic planning efforts. The steering committee and seven working groups have been appointed and charged, he said, and the University has engaged a consultant, Art & Science Group LLC, to help with assessment and planning.

They will have to work fast: A draft plan is due to the Board of Visitors by the end of the academic year.

He urged faculty members to offer their input, and joked, “I can attest that no one is shy about sending their ideas by e-mail.”

Senate Backs Board of Visitors Changes

George Cohen, the School of Law professor who chairs the Faculty Senate, hoped the Faculty Senate would endorse recommendations made by the body’s Task Force on Board of Visitors Composition in time for the board’s meetings later this week, but worried that senators would feel unduly rushed into a decision when the item came up at the end of a meeting that had already spilled over its scheduled end.

He need not have worried. The body voted unanimously to endorse the report, which called for five specific changes:

The task force formed in the heat of the controversy over Sullivan’s resignation and reinstatement this summer. Pollart said its 25 active members researched practices at other institutions, and found the University to be unique among its peers, in that it was governed by a single board devoted only to one institution, with all of its members appointed by the governor. By contrast, North Carolina has a statewide board overseeing its entire system, plus boards at individual institutions, while Michigan’s governing boards are popularly elected.

Cohen noted that the Board of Visitors has its own Special Committee on Governance, and said it is on the verge of recommending that the board include faculty members on each of its standing committees – which he called “a move in the right direction.”

The task force recommendations, he said, “are things that are doable and reasonable,” and would not require drastic changes.

It quickly became clear that not only did the senators back the recommendations, but some were eager to launch a campaign for their implementation. George Mentore, representing the Department of Anthropology in the College of Arts & Sciences, moved to endorse the report, and after a brief discussion the Senate approved them with a unanimous show of hands.

Cohen said he and the other members of the executive committee members would discuss the recommendations with Board of Visitors members this week and share them with legislators and faculty at other state institutions.

Darden School of Business professor Brandt Allen, a member of the steering committee leading the effort to install a new internal financial model at the University, said the committee may forward a recommendation to the president by the end of the month.

He said the committee is nearing consensus on how resources would be allocated to the schools, and how to support the “cost centers” around the University that generate little or no revenue, but are necessary to the University’s function.

Though he avoided specifics, Allen said that some “cost centers,” like Facilities Management, might have the ability to charge academic units for their services (and the units would have the option of using its services or not). Other units essential to the University’s mission, but without the ability to generate funds, like the University Library, would be supported by “taxes” levied on all academic units. Still others might gain support from a mix of fees and taxes, Allen said.

Adjusting the flow of revenues and costs will be the ongoing responsibility of the central administration, he said.

The forthcoming recommendation will not end the steering committee’s work, he said. Among details still to be worked out are a communication plan, changes in the governance function and changes in the financial reporting system, he said.

The board also endorsed a new bachelor of science degree in psychology. The College of Arts & Sciences currently offers a bachelor of arts degree in the field; the new, more rigorous degree would require a greater emphasis on “doing science,” said psychology professor James Freeman, the department’s director of undergraduate studies.

The proposal next requires approvals from the provost, president and Board of Visitors.

Meet the New Cavalier on Horseback: She’s Eager To ‘Carry On a Legacy’ END_OF_DOCUMENT_TOKEN_TO_BE_REPLACED

Housing Changes Are a Breath of Fresh, Cool Air – Especially for Lawnies END_OF_DOCUMENT_TOKEN_TO_BE_REPLACED

Virginia Football – For All Virginia END_OF_DOCUMENT_TOKEN_TO_BE_REPLACED