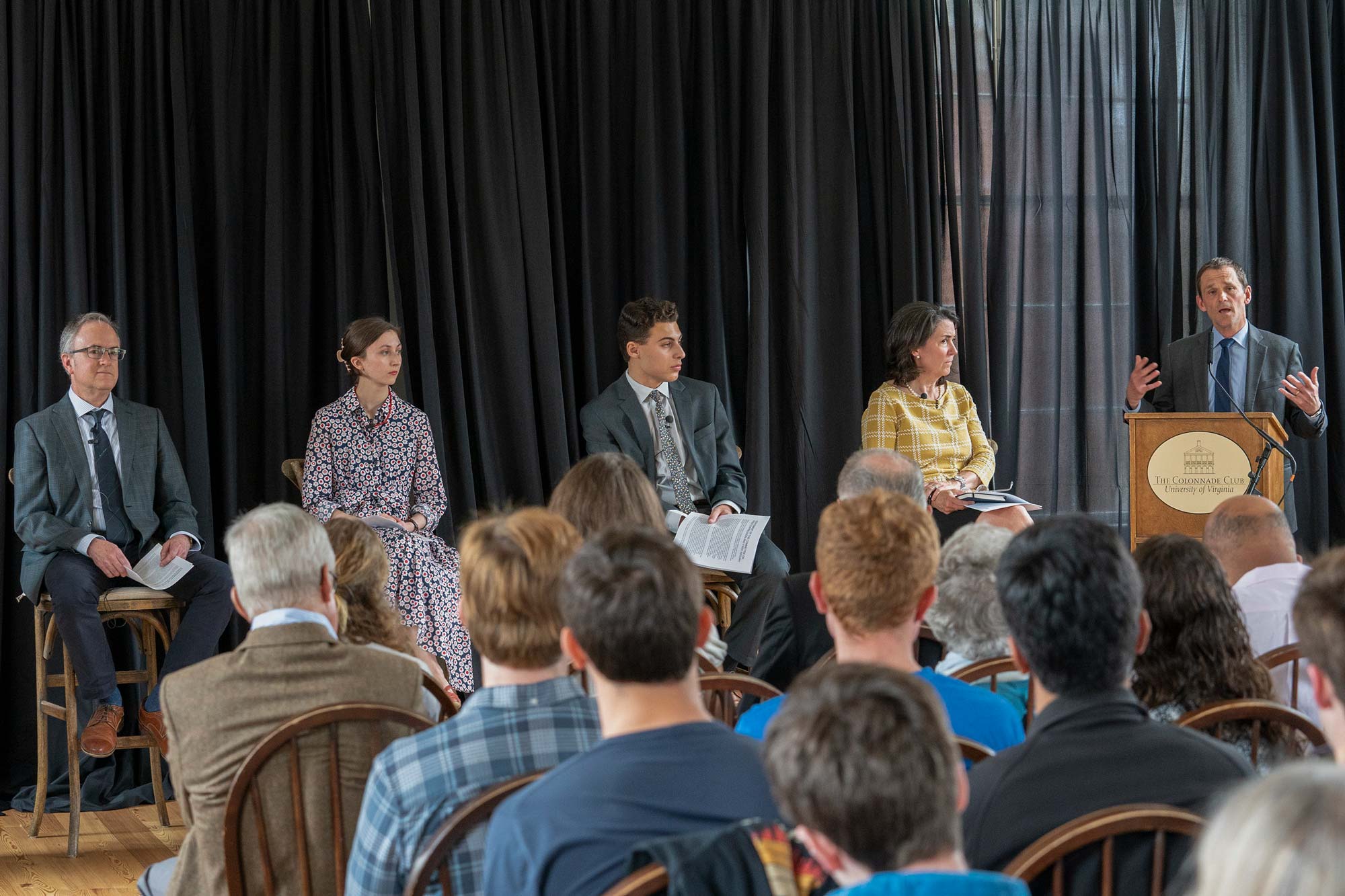 University of Virginia President Jim Ryan on Wednesday provided a peek into his email inbox to drive home his main point about how to view the right of free speech on Grounds.

Leading off an event – titled “What Should We Do About Free Speech at UVA?” – inside the Hotel E Garden Room on the West Range, Ryan said he believes deeply that the protection of free speech should be about principle and not about politics.

The stance was then punctuated by two recent examples – the fall 2020 debate over a controversial sign on a Lawn resident’s door, and the backlash following last month’s editorial by The Cavalier Daily student newspaper that argued former Vice President Mike Pence, who is scheduled to be a featured speaker at an upcoming Young Americans for Freedom event in Old Cabell Hall, is “not entitled to a platform at the University.”

“I have a sense that what is driving some of this unusual overlap is politics, and not a dedication to free speech,” Ryan said. “It is not a principled approach to free speech to say, ‘I believe in free speech, as long as it doesn’t offend me.’

“The First Amendment protects offensive speech precisely because the alternative would be someone like me or the University would have to be the arbiter of what’s offensive and what’s not. 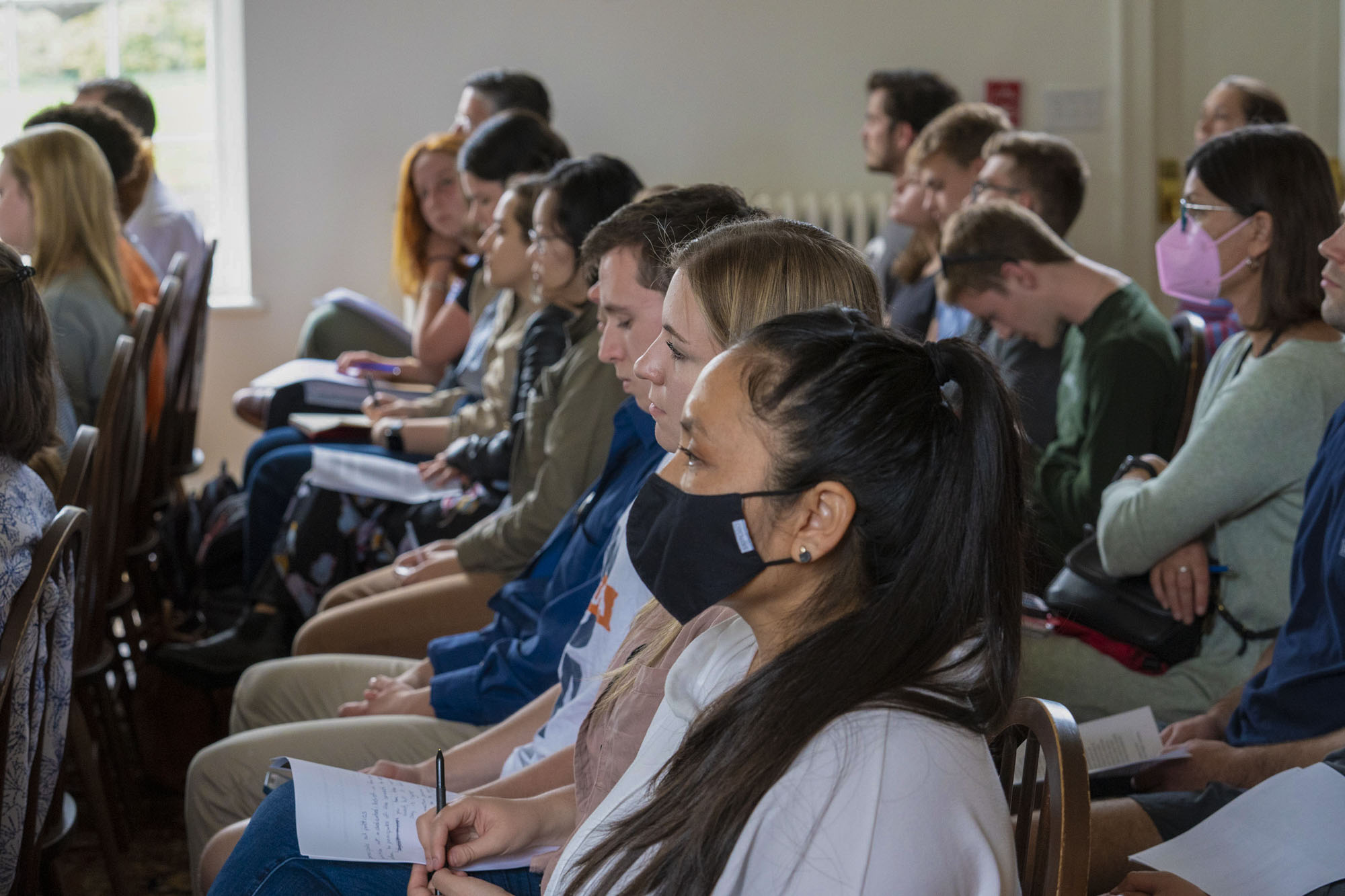 Ryan’s suggestion? Adhere to the principles of free speech that suggest all ideas should be voiced.

Then, he said, “We can scrutinize them, and we can decide what we agree with and what we disagree with.”

The forum was presented in front of roughly 100 spectators, a mix of students, professors, alumni and followers of the University. It was intended to continue the conversation sparked last June when UVA’s Board of Visitors endorsed a statement unequivocally affirming the freedom of expression and inquiry on Grounds.

Cary asked each of the panelists for suggestions on improvement to free speech at UVA.

Camp is a fourth-year student and member of the Jefferson Literary and Debating Society executive council. She recently wrote a much-discussed New York Times op-ed.

“The way I kind of think about the statement is that UVA has certain policies about students’ rights and upholding their legal rights under the First Amendment,” Camp said. “And this is more about the kind of cultural values of the University. ... They actually, culturally, support these values, free expression.

“Really, the only thing I would add to it is for the University to abide by this a little more consistently.”

Mallas is a fourth-year student and the founding member and editor of The Jefferson Independent, a student-run conservative news publication that covers UVA. He said it’s unfortunate that UVA had to craft such a statement in the first place – but he admires the document.

Where he sees room for improvement is potential policy to protect students against disciplinary action should they question classroom discussion, a concern that he said can “make students scared of saying what they believe in.” 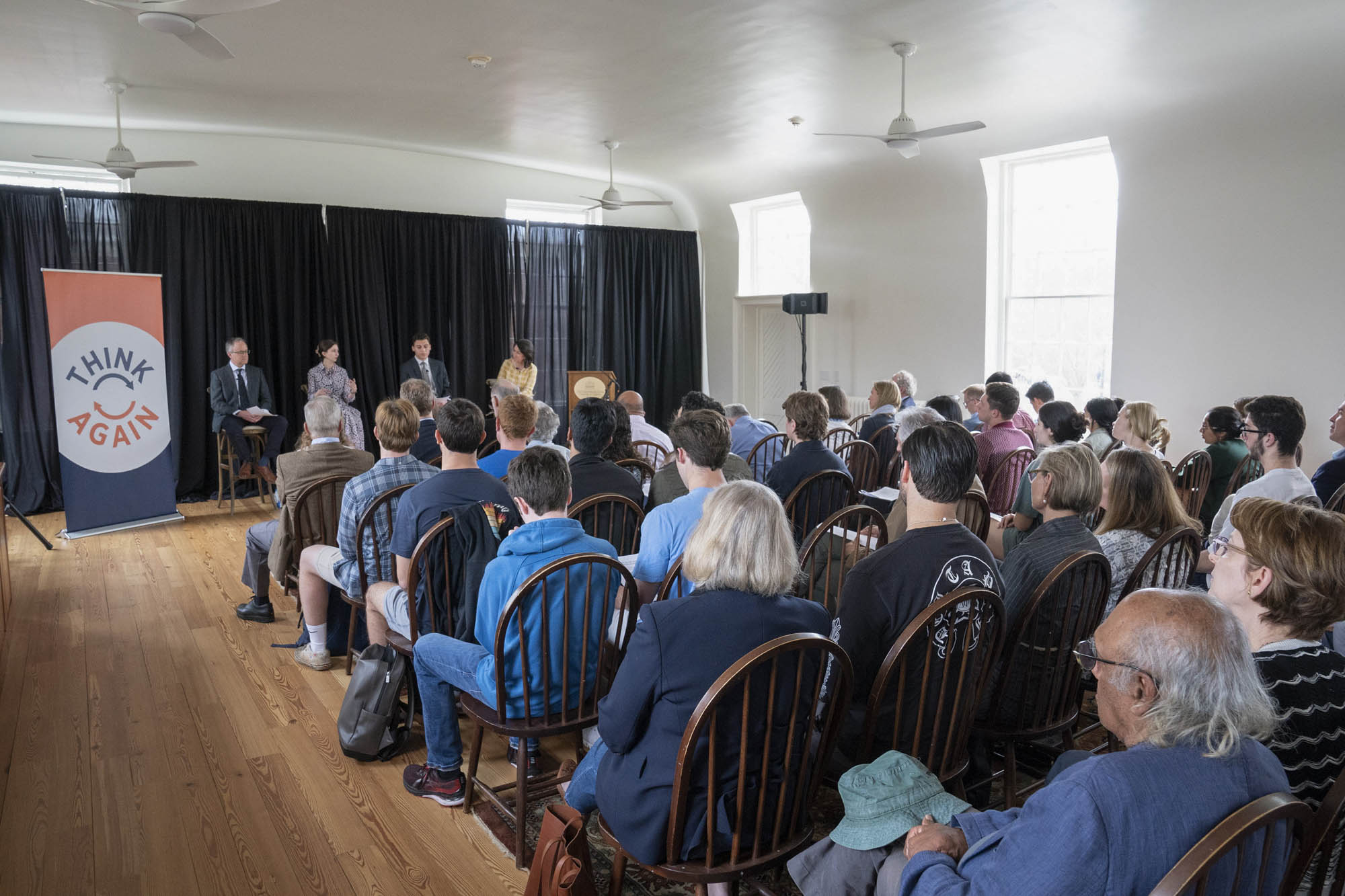 “So if the school had something explicit to say that – ‘We’re going to protect you if you say something that other people don’t like’ – it would benefit the student body,” Mallas said.

While Cary, Owen, Camp and Mallas spoke on this subject Wednesday, others around Grounds have weighed in on different platforms.

The faculty members wrote, “We stand in that commitment to free expression for all speakers and all views, inspired by the University’s founder, Mr. Jefferson, who wrote the following about our institution – ‘for here we are not afraid to follow truth wherever it may lead, nor to tolerate any error so long as reason is left free to combat it.’”

Cary said she reached out to The Cavalier Daily’s editorial board to participate in Wednesday’s discussion, but they were unable to attend.

Do You Know the History of Your Favorite Corner Spots? END_OF_DOCUMENT_TOKEN_TO_BE_REPLACED

Netflix to Add Ads. Why This Could Be a ‘Game-Changer’ for Your Viewing Experience END_OF_DOCUMENT_TOKEN_TO_BE_REPLACED

What’s Next for UVA’s Class of 2022? END_OF_DOCUMENT_TOKEN_TO_BE_REPLACED