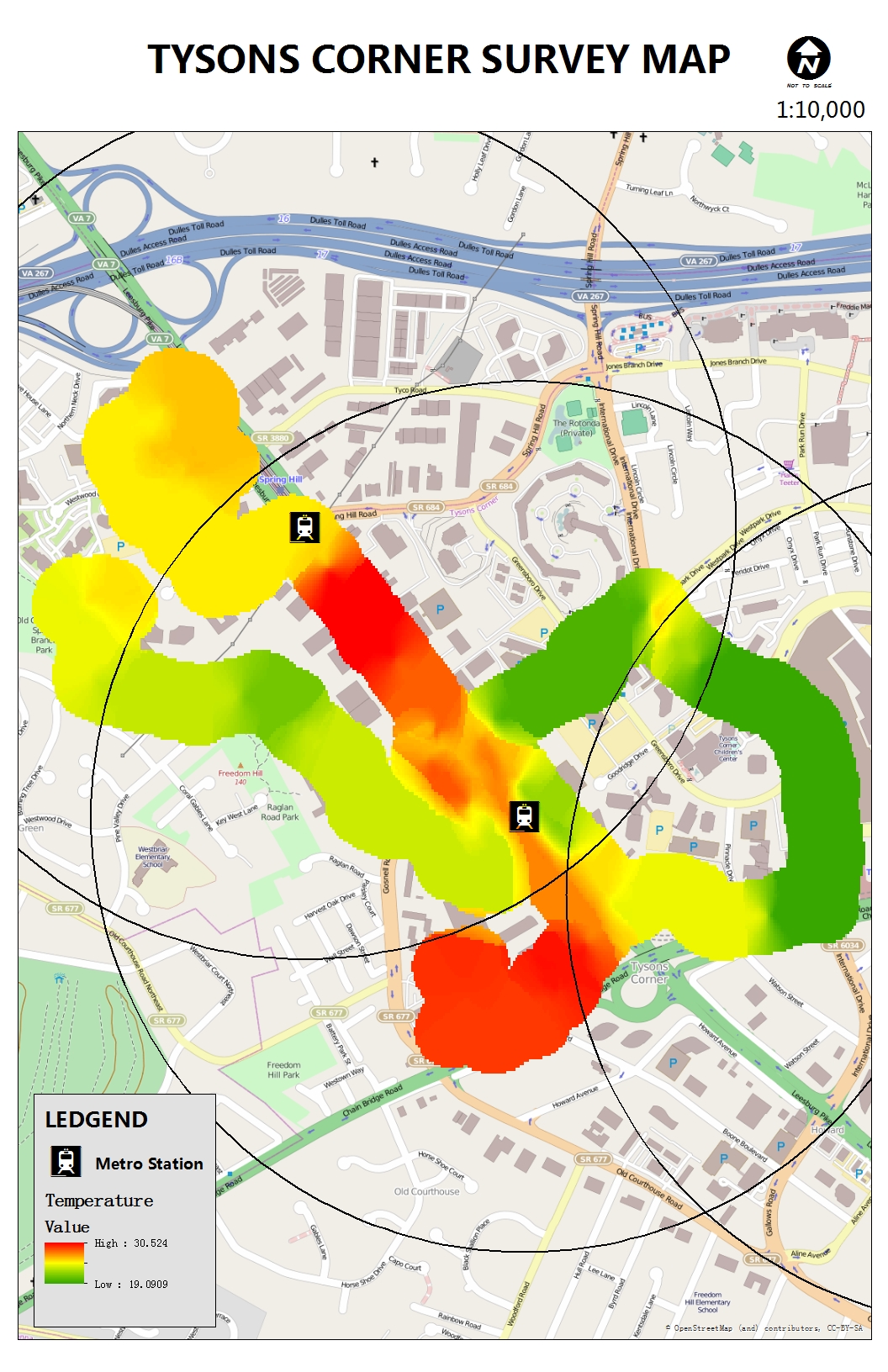 Just outside Washington, D.C., Tysons Corner is undergoing one of the most ambitious re-urbanization projects in the world. Planners and policymakers hope to transform the 4.3-mile suburban sprawl of shopping malls, offices and snarled roadways into a cohesive, well-organized and green urban space, friendly to pedestrians and motorists alike.

Improvements will layer residential and commercial buildings with green and pedestrian spaces – a strategy urban planners term densification. Benefits can include improved access to jobs, reduced automobile dependency and additional housing – critical in an expensive region like Northern Virginia.

“Tysons Corner is on the forefront of transforming suburban places into more urban places and all that entails,” said University of Virginia School of Architecture assistant professor Andrew Mondschein. “For city and urban planners, it is exciting, because if we densify suburbs we could reduce driving and emissions, provide more housing and make transit, walking and biking easier and more pleasant – hopefully improving public and environmental health. The Tysons Corner project embodies all of these wonderful goals.”

But will it actually work? Mondschein plans to find the answers — in impressive detail.

This month, he will send a team of U.Va. students to Tysons Corner, which he calls “an archetypal American edge city,” equipped with a plethora of wearable cameras and sensors, as well as smartphone monitoring apps. This team will monitor temperature, light levels, green cover, noise pollution and carbon monoxide emissions in every corner of the development, continuing tactics used by a team Mondschein sent last summer at the outset of the project.

The resulting data paints a microscopic, on-the-ground picture of the average person’s experience at Tysons Corner, using objective fact. Coupled with public opinion surveys Mondschein is conducting, it will provide a ground-level view of exactly how improvements affect pedestrians’ experiences.

“I want to see how attitudes, the environment and behavior are changing in concert with each other or at different rates and to see the magnitude of the changes,” he said. “I want to show how what we plan actually leads to what we want to see.”

So far, the data has validated complaints voiced in the opinion surveys Mondschein has conducted.

“Right now, objectively, [Tysons] is a terrible place to be a pedestrian,” Mondschein said, citing factors like unusually high temperatures and oppressive glare near Leesburg Pike and the new Silver Line Metro station and greenspace shunted off to less trafficked areas.

Such granular data captures information that large organizations like the Virginia Department of Transportation would not otherwise collect, simply because of competing priorities and resource constraints.

Mondschein believes that other communities could use low-cost and user-friendly wearable devices to crowdsource research and capture similar data that might otherwise be lost. These devices include smartphones, cameras such as GoPros, and purpose-built compact sensors that can be easily worn or carried.  In addition to capturing stills and videos for image processing, the devices can monitor temperature, light, and noise levels, as well as other environmental factors such as air quality.

“With devices like these, communities could self-organize and self-initiate studies that can show what they need in an objective manner, with hard data,” Mondschein said. “That can be arguably more persuasive when speaking to policymakers, fundraisers and politicians.”

That democratization of the planning process could give local residents a sense of ownership and pride in their public spaces and empower them to seek the kind of transformation officials hope to achieve at Tysons Corner.

“Urbanization and densification could play an important role in solving some of the problems we face as an auto-based society,” Mondschein said. “It’s not just about sustainability, but also providing better, more affordable access for people who cannot afford cars and giving people places to walk, potentially leading to better health.”

The Tysons Corner redevelopment is expected to host up to 100,000 residents and 200,000 jobs by 2050. Mondschein hopes to monitor the development through its many stages, both through his own research and by eventually crowdsourcing his methods to provide the local community with tools to continue collecting data as Tysons transforms.

Monkeypox Is Spreading, But University’s Risk Believed To Be Low END_OF_DOCUMENT_TOKEN_TO_BE_REPLACED

This Alum Is Living His Best Life on the Road, One State at a Time END_OF_DOCUMENT_TOKEN_TO_BE_REPLACED

These Giant Wind Turbines, Inspired by Palm Trees, May Be the Future of Renewable Energy END_OF_DOCUMENT_TOKEN_TO_BE_REPLACED