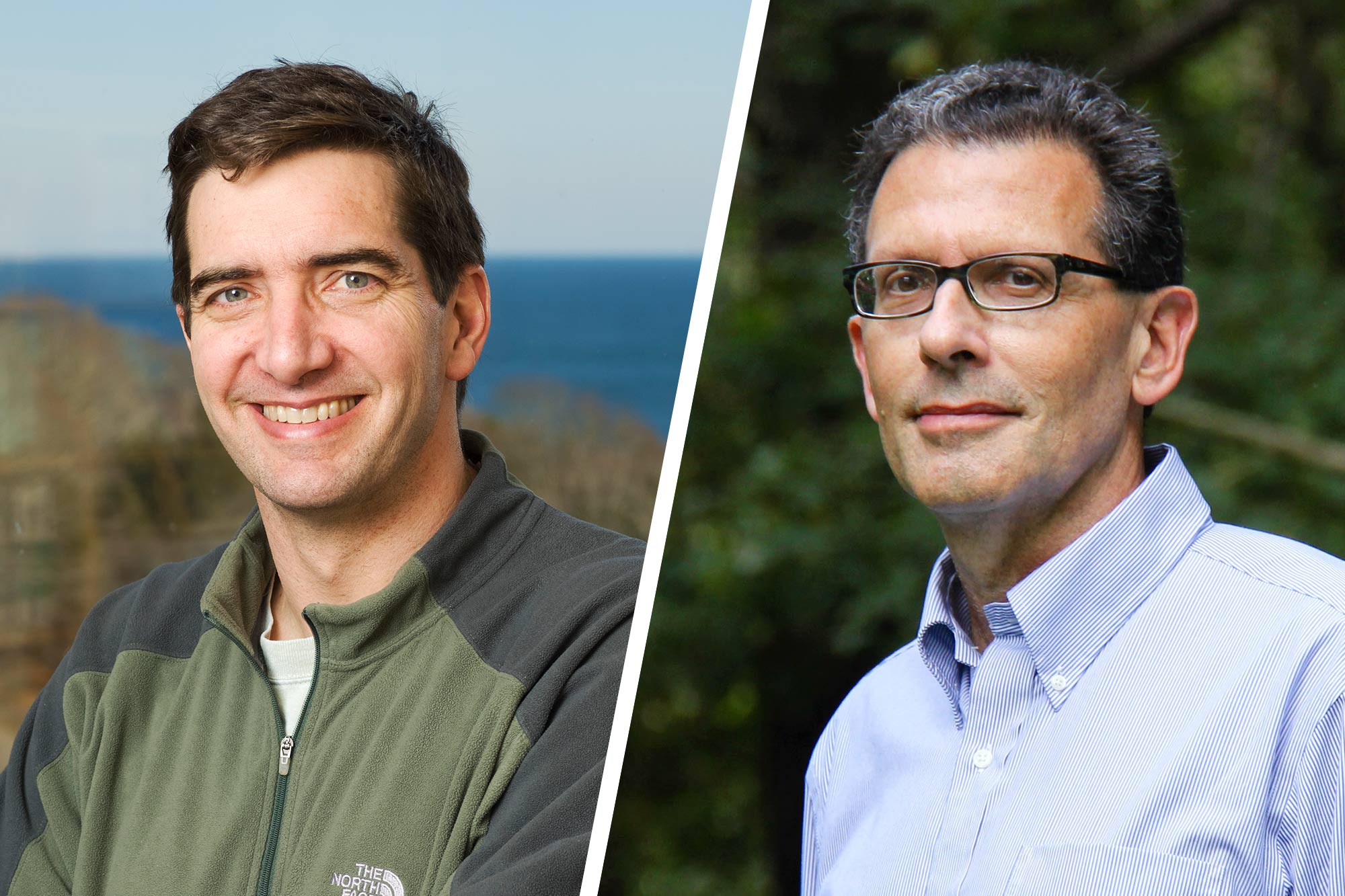 A pair of renowned environmental scientists will soon join the University of Virginia faculty, helping to propel forward a series of new interdisciplinary research initiatives on Grounds.

His arrival coincides with the hiring of Lawrence E. Band, an eco-hydrologist known for his groundbreaking research on natural and urban watersheds and their role in mitigating and adapting to climate change, flooding and drought, and the provision of high-quality freshwater. While serving as the College’s Ernest H. Ern Professor of Environmental Sciences, Band also will hold a joint appointment in the School of Engineering and Applied Science’s Department of Civil and Environmental Engineering.

“The College and Graduate School of Arts & Sciences is extremely excited to have scientists of Scott Doney and Larry Band’s caliber joining our faculty,” said Ian Baucom, Buckner W. Clay Dean of Arts & Sciences. “This appointment serves as a critical step in this University’s strategic effort in the area of environmental resilience.”

Residing within the College’s Department of Environmental Sciences, the endowed professorships will vitally strengthen the new UVA Environmental Resilience Institute, a cross-disciplinary initiative to study the scientific and policy implications of various environmental issues ranging from the effect of climate change on coastal erosion to the increasing occurrence of 100-year storms. Led by environmental scientist Karen McGlathery, UVA's associate vice president for research, sustainability and the environment, the institute brings together resources from across the University, with faculty and students from Arts & Sciences, the School of Engineering and Applied Science, the School of Architecture, the Frank Batten School of Leadership and Public Policy, the Curry School of Education, the McIntire School of Commerce, the Miller Center of Public Affairs, and the schools of Law, Nursing and Medicine.

Doney, who was considered in 2010 for a presidential appointment as chief scientist of the National Oceanic and Atmospheric Administration, comes to the University from the Woods Hole Oceanographic Institution in Woods Hole, Massachusetts, where his research as senior scientist has focused on the impacts of both natural and human-driven climate change.

Band is joining UVA after nearly two decades at the University of North Carolina at Chapel Hill.

“Larry Band’s outstanding leadership in environmental research and education will strengthen UVA’s capacity to address one of the greatest challenges of our generation,” School of Engineering Dean Craig Benson said.

For the last nine years, Band served as director of the UNC Institute for the Environment, which he helped transform from an academic initiative focused on undergraduate education to an influential research and public service institute.

“I am excited to join the University of Virginia as a joint appointment between environmental science and civil and environmental engineering,” said Band, whose research focuses on the synthesis of hydrology, ecology and climate in natural through urban watersheds. “I am particularly interested in the University’s new, interdisciplinary initiatives in environmental resilience, data science and cyber-physical systems, and the potential to develop innovative solutions to key environmental challenges with faculty and students across the university.

“I have always found the most interesting and challenging issues at the intersection of our disciplines, and as expressed at local to global scales.”

Band’s extensive research has taken him to landscapes across North America, Australia and China. In 2014, Band was named the Geological Society of America Birdsall-Dreiss Distinguished Lecturer, which allowed him to present 50 talks around the world. He became a fellow of the Geological Society of America that same year, and a fellow of the American Geophysical Union in 2015.

Brian Smith, chair of UVA’s Department of Civil and Environmental Engineering, which is helping to lead the Resilience Institute, said Band’s experience with an interdisciplinary approach to environmental issues would help UVA take its already strong collaborative efforts in environmental engineering and science to new levels.

“We are eager to increase our efforts to apply technology to address the significant and growing challenges faced by our communities as a result of climate change – improving the resilience of our critical infrastructure and environmental systems,” Smith said.

Spanning oceanography, climate science and biogeochemistry, Doney’s work identifying the acidification of oceans as they’ve absorbed billions of tons of carbon dioxide emissions has made him one of the most prominently cited researchers in ecology and the geosciences.

“I’ve always wanted to be at a public university, and the chance to teach at a place such as the University of Virginia that offers such an excellent undergraduate education is a great opportunity,” Doney said.

A fellow of both the American Association for the Advancement of Science and the American Geophysical Union, Doney has extensive leadership experience serving national and international research initiatives convened by the National Academy of Sciences, NOAA and other science working groups. In 2013, he received the A.G. Huntsman Award for Excellence in Marine Science from the Royal Society of Canada and Huntsman Foundation at the Bedford Institute of Oceanography. Before joining Woods Hole, where he served as a senior scientist and chair of the Marine Chemistry and Geochemistry Department, Doney was a scientist in the Climate and Global Dynamics Division of the National Center for Atmospheric Research in Boulder, Colorado.

Doney said he looks forward to collaborating with colleagues within the Department of Environmental Sciences on coastal issues. That work also will naturally extend into the cross-disciplinary opportunities to be explored by the UVA Resilience Institute, he said.

“For a number of years, my career has been headed toward looking for solutions to environmental problems, and that involves more than just natural science,” Doney said. “You’ve got to work not only with the scientific stakeholders, but also with people who understand the engineering side, as well as the social science side, and the political side. The Kington Chair enables just that. It allows me to reach across Grounds and really spend time talking with people and understanding their perspectives. I know there’s a broader community at UVA that’s interested in resilience, and I’m hoping to tap into that as a sort of entry point into those discussions.”

What Is the ‘4th Side’? END_OF_DOCUMENT_TOKEN_TO_BE_REPLACED