Provost Magill, Former Clerk to Late Justice Ginsburg: ‘She Was Living Her Dream’ 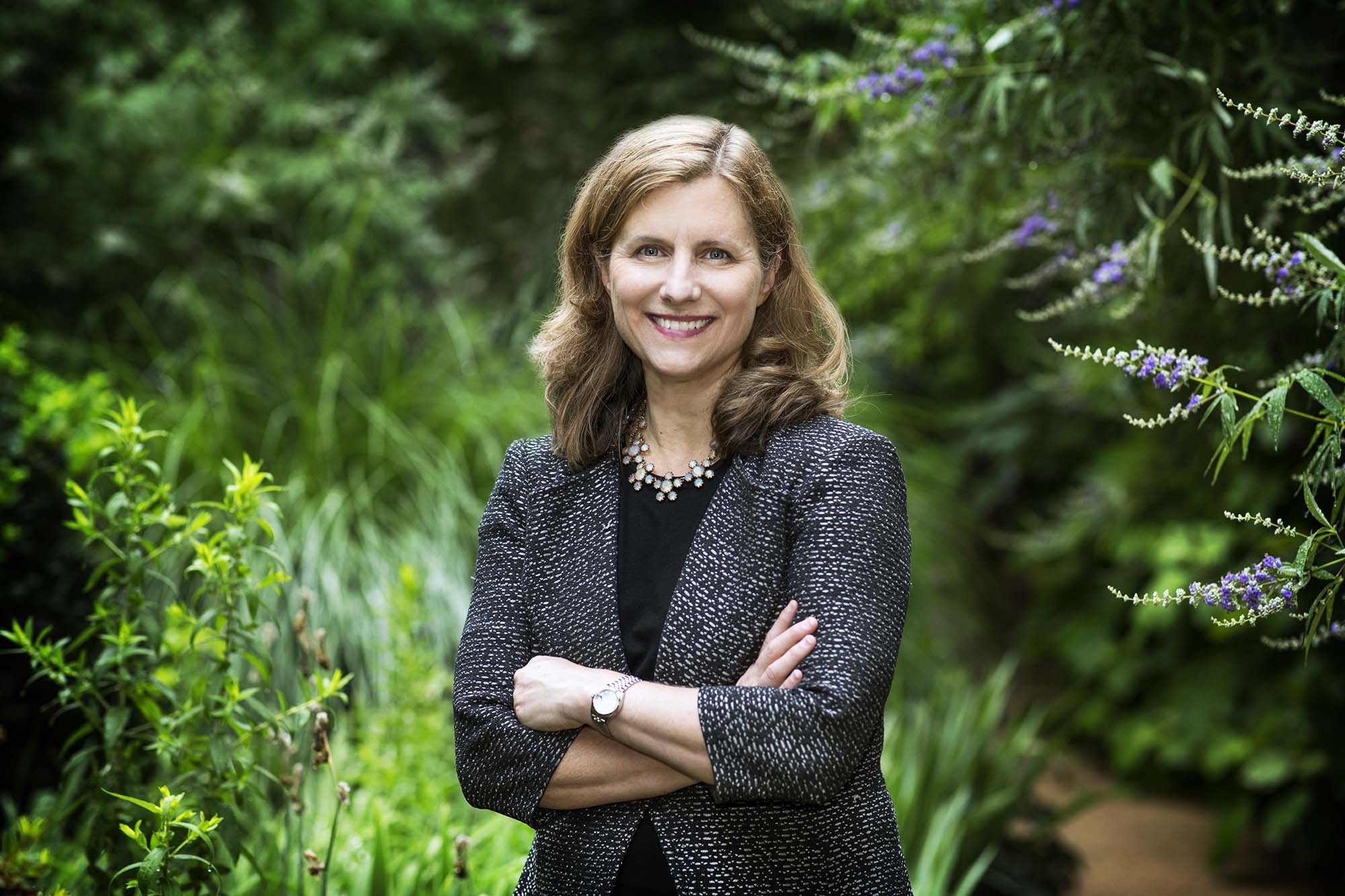 University of Virginia Provost Liz Magill clerked for late Supreme Court Justice Ruth Bader Ginsburg from 1996 to 1997 before joining the faculty at the UVA School of Law the following year.

Ginsburg, who died Sept. 18 at the age of 87 of complications from pancreatic cancer, joined the court in 1993 after being nominated by President Bill Clinton and confirmed by the U.S. Senate in a 96-3 vote.

Magill most recently served as the dean of the Stanford School of Law before becoming UVA’s first female provost in 2019.

Earlier this month, the provost held a “watercooler” lunchtime Zoom chat with about 75 faculty and staff members (and several children and grandchildren of faculty members). In response to questions, Magill shared her personal reflections based on working for and knowing Ginsburg.

UVA Today sat in on the chat and shares with you, in Magill’s words, some of her memories and ruminations on the woman affectionately known by some as “The Notorious RBG.”

On Life as a Clerk

I worked in Charlottesville for an appellate court judge and then for Justice Ginsburg in ’96-’97. In Supreme Court parlance, that is called “OT96” – October Term 1996. The Supreme Court opens on the first Monday in October. It’s a little bit like the start of the baseball season, but no one’s throwing the ball.

I interviewed with Justice Ginsburg when I was a third-year law student, on St. Patrick’s Day 1995.

Clerking for her was one of the most amazing experiences of my life. I would do it again in a second. Why did I love it? Well, I love the law. Each of you think about something you love – “Narnia,” or “Star Wars,” or science, or wine, or architecture. Focus on that sort of personal or professional passion, and think about being “inside the store” that is making it. For me, that is what clerking on the Supreme Court was like – it was like being a kid in a candy store. 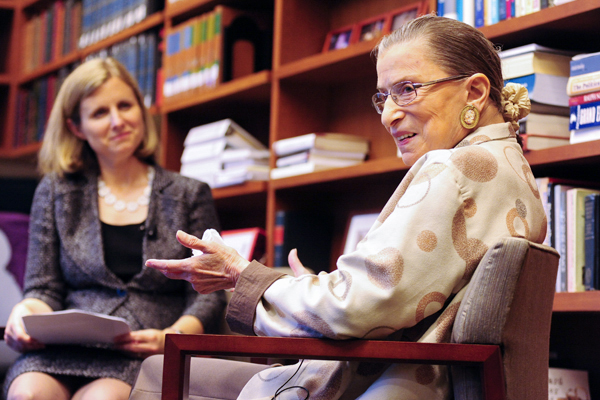 It was grueling. I had about four days off the year I clerked for the Justice. That included 24 hours to Fargo, North Dakota, for Christmas, and three job talks at law schools. And I didn’t resent it in the least because the work was so compelling experience, and because Justice Ginsburg worked as hard, if not harder, than all of us.

On Scissors and Line Editing

One thing law clerks do is help justices draft opinions.

The Justice was very – very, very – involved in the writing of opinions. The Ginsburg chambers were on one end of the spectrum – major opinions would sometimes go through 20 or 30 drafts.

There was a joke among the clerks on this. The standard protocol was this: You would give the justice a draft, and then you get the draft back with her edits. She used scissors, and she cut out what she liked, she’d hand-write her own edits, and then she’d tape the whole thing on a sheet of paper. And the joke of the clerks was the only thing that would be included from your original draft was the words of the statute that are in the U.S. code that had to be in the Court’s opinion. It wasn’t quite that bad.

On Understanding an Opponent’s Argument

I just don’t think Justice Ginsburg thought it was effective to do anything other than put your opponent’s argument in the best light.

I assume there were some principles of fairness underlying that. Some of this I suspect came from being a litigator. But I also just think she didn’t think it would be effective otherwise; her goal was to win by persuading others.

You’re not making the best counter when you are mischaracterizing the other side’s argument or, if they are not doing it well, putting in the best light. This happened in oral argument quite a bit. She would rephrase [a lawyer’s argument, saying], “Well, you seem to be saying this, but isn’t your better argument that?” She would actually assist the litigators. And I saw her do that on opinions as well, particularly in cases where the lawyering was poor. She would put forward the best version of the other side’s argument.

I learned a lot of things about professionalism, law and craft that are not that interesting to talk about in a water cooler setting. But I take all of those with me.

I admired her work ethic, and her attention to the large and the small issues. I remember being on the phone with her at three in the morning, as I told some of you, talking about comma placement as well as when is it appropriate to split an infinitive. 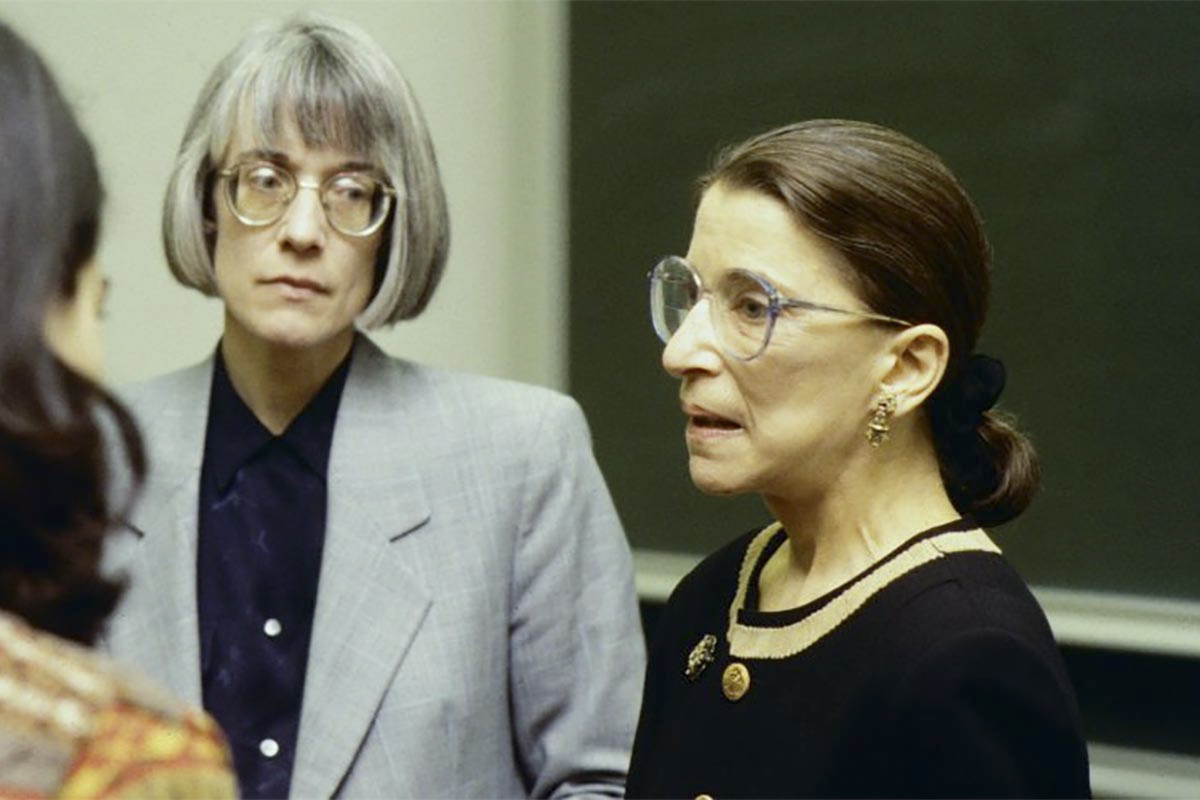 I met her later in [her] life, it is true, but I suspect this was true for most of her adult life: She was totally herself – in all of her quirky ways. Many young professionals think they need to suppress their personality for their professional selves. This obviously depends on the workplace in the world you are going into, but I took from her that I should try to be myself as much as I could. She wasn’t trying to be anybody but herself – Ruth Bader Ginsburg.