Psychologist: Why Posting Video Is a Lousy Response to Your Toddler’s Meltdown 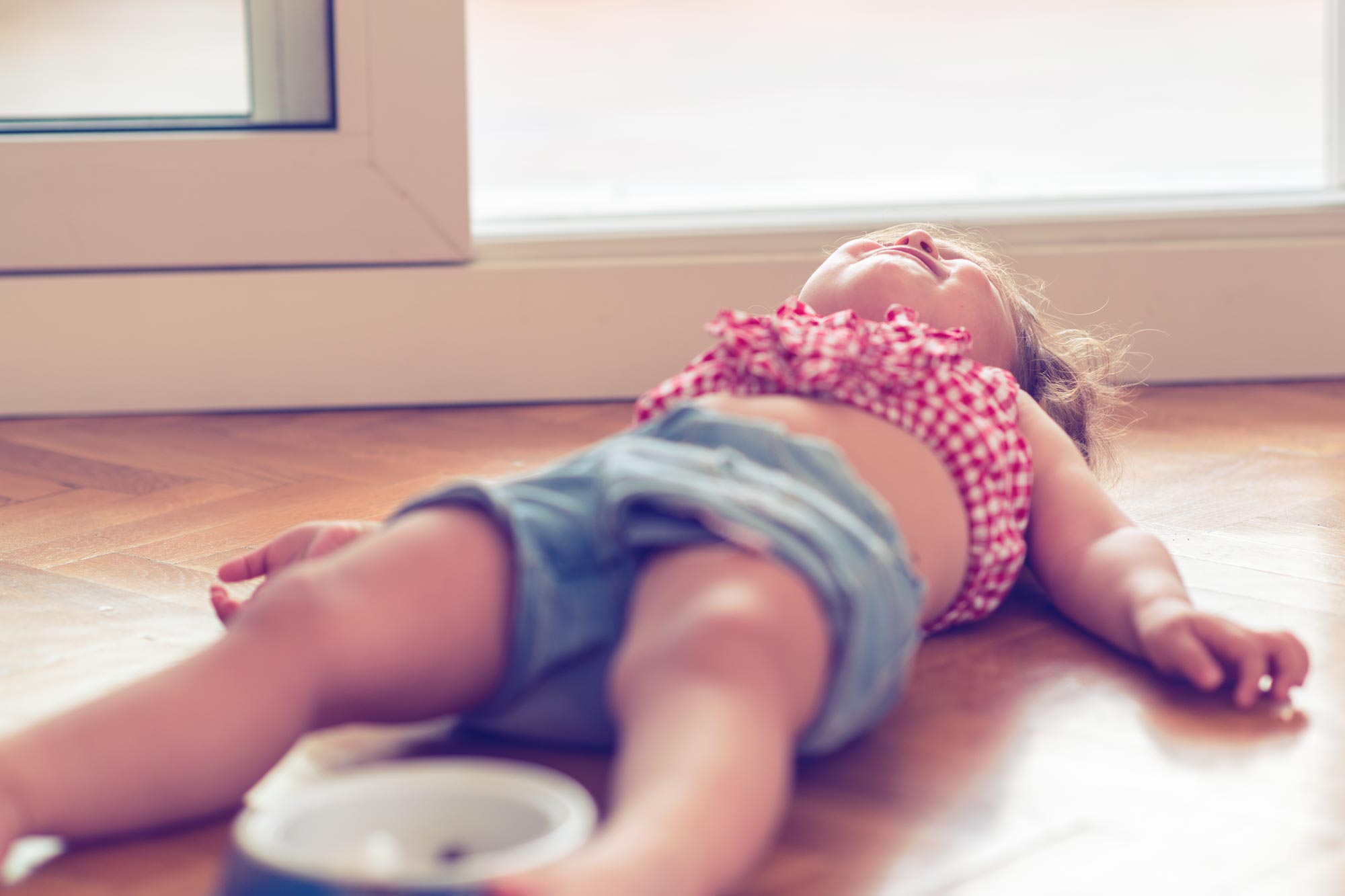 In July, Romper, a digital publication for parents, published an article titled “10 Hilarious Captions for When Your Toddler Is Having a Meltdown, Because You *Need* To Laugh.”

It offered canned captions for parents to place under photos of their crying children. Samples include “We’ve got a 6.0 on the Bicker Scale” and “I’ve discovered a new form of renewable energy: toddler rage.”

It is real. But University of Virginia psychologist Daniel Willingham said sharing those moments publicly on Instagram or Facebook is a lousy thing to do.

In his latest commentary on the cognitive science behind everyday life for the New York Times, Willingham and his co-author, psychologist Rebecca Schrag Hershberg, write that in a toddler’s mind, even seemingly nonexistent problems – his water is too wet, or her balloons float too long – can seem tragic. In these moments, Willingham and Hershberg write that parents shouldn’t be whipping out their smartphones; they should be modeling empathy and compassion.

Willingham elaborated on the theory with UVA Today.

Q. Can you describe the phenomenon of mocking toddlers on social media?

A. Toddler mocking on the Internet is posting – usually videos, also still photos – of toddlers having tantrums. It’s usually done by someone in the family, I think most often by parents, with the idea that this is kind of funny.

I think people are meant to perceive it differently compared to publicly shaming an adult for having an irrational breakdown on an airplane because the nuts are stale. Here, it’s like, “Well no, we get it.” You know, they’re toddlers and this is what you expect toddlers to do. You don’t expect them to be able to keep it together when the nuts are stale.

Q. Do you know what is going on in the mind of a young child when he or she is deeply upset?

A. Sometimes it‘s exactly what they say, that they’re frustrated. “Yes, I said I was willing to take a bath, but I didn’t anticipate the water was going to be this wet.” Or, “Yes I’m thirsty, but this water is sloshing around.” They just don’t understand that you can’t have one without the other. 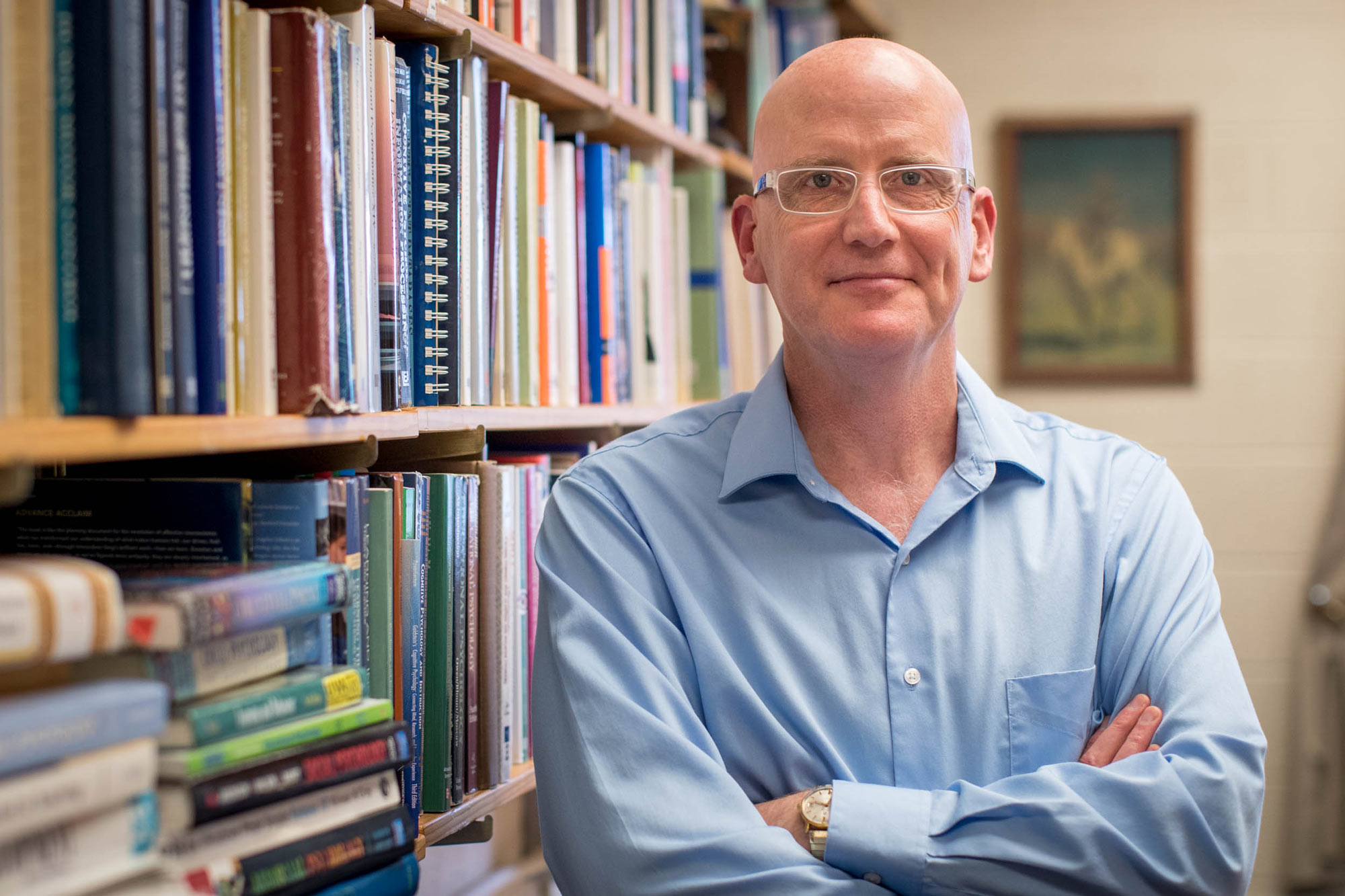 I remember one of my children looking very puzzled with an Oreo and looking at both sides of the Oreo and finally saying, “There is no way to figure out which is the top and which is the bottom of this cookie.” She spent a long time thinking about that. That’s sort of comparable to “The water as too wet.” There are certain things a toddler doesn’t know about the world yet and this is one of them. I easily could imagine that in a different moment, my daughter might have had a tantrum about not being able to determine which is the top and the bottom of the cookie.

It’s about times that they’re tired or frazzled, and obviously parents know this and that’s when tantrums are going to be much more likely. And this is the other aspect of why it’s toddlers who have tantrums. They’re not as able to regulate emotions as older kids and adults are.

Q. Why do you think parents resort to posting about their children’s meltdowns? Why does joking feel good?

One is psychological distance. So when something is upsetting, it helps us to joke about it and it’s a way of sort of self-calming. And you know, as we point out in the article, if your child is upset about something that is really upsetting, like falling off a swing, you’re not going to joke about it. But you feel like you have permission to joke because the thing they’re upset about is not anything that they really should be upset about. They’re not in any danger. There’s nothing really wrong. So, I think that’s why it feels OK.

There are lots of studies starting in the 1940s and ’50s showing that when you see a child crying, blood pressure goes up, heart rate goes up. You show all the signs of distress yourself. That’s one reason I think people want to joke about toddler tantrums, to calm those feelings.

The other is the feeling that “I’m not alone in this.” A lot of these toddler tantrum videos are [made] in a public [setting] and you feel embarrassed. You feel like a bad parent that your child is having an absolute meltdown in the cereal aisle at the grocery store. And you don’t know what to do. You can’t get them to stop and it’s embarrassing. So, posting it online and having other parents laugh and say, “Oh my God, me too. My kid did the same thing because I didn’t buy the right type of Cheerios.” makes you realize “OK, I’m not a terrible parent.” There are other people who have the same experiences.

The value of commiseration is that I don’t feel so alone. It’s not the saying “misery loves company,” it’s “misery loves miserable company.” I want to know there are other people who have the same problems as me.

“ There are lots of studies starting in the 1940s and ’50s showing that when you see a child crying, blood pressure goes up, heart rate goes up. You show all the signs of distress yourself. That’s one reason I think people want to joke about toddler tantrums, to calm those feelings.”

Q. There is research that suggests humor has an undercurrent of hostility, which can make this public mocking seem even worse. Can you tell us about that?

A. This has been a theory of humor going back to Freud, that every joke has some underlying hostility. I don’t know whether that’s true, but certainly, people have observed that in a lot of humor.

The experimenter spills hot tea on themselves and seems distressed. The measure is whether the subject shows any indication that they thought this was kind of funny, whether they smile or laugh. What you find is if you’re rude to somebody, the subject is a little more likely to laugh and the interpretation is, “Yeah, once something bad happens to someone, it’s funny if you don’t like them,” rather than feeling some empathy or sympathy for them.

Q. Why is it bad for parents to make these tantrum posts?

A. The idea is “it’s your child.” and you’re really supposed to be a model for them of empathy and compassion. Laughing at somebody, even in a moment when you know that everything is going to be just fine; they don’t know everything’s going to be fine. Their distress is real. To a 3-year-old freaking out because they can’t figure out which is the top of the cookie, if that was what was bothering them, that’s really tragic for them. So, laughing is just not, I think, a good response.

To me, it’s really about modeling. It’s how we want our children to see us responding to another human being in distress.

Q. What should parents do when they get the temptation to post that video in the moment?

A. I would say you talk to your child about what’s happening. This is not the time to pull out your phone, when your child is having a tantrum; this is the time to reassure them.

“My objection is really more about the mocking with strangers that feels so wrong. It’s one thing within the family circle, because there is unquestioned love and support there. But it’s going outside the family that makes it feel more questionable. ”

I mean, you can’t really reason with a 2-year-old. You can’t start explaining to them, “Well, let me tell you about the properties of water.” A lot of times, it’s stuff that you can’t rationalize. But, you can respond to their feelings and show that you care about them and are empathic about what they’re feeling and try and turn their mind toward something else.

Q. The social media posts about these meltdowns are popular. They are not just shared from one parent to another. The public is consuming them and finds them funny. What is your reaction to that?

A. I get it. My coauthor and I are both parents and we get that your toddler screaming about not being allowed to eat the packing peanuts is funny. If I was in the room and my child was screaming about balloons being too floaty, I am sure I would look at my wife and exchange a look acknowledging, “Isn’t this crazy? Isn’t this funny?”

My objection is really more about the mocking with strangers that feels so wrong. It’s one thing within the family circle, because there is unquestioned love and support there. But it’s going outside the family that makes it feel more questionable.

What Is the ‘4th Side’? END_OF_DOCUMENT_TOKEN_TO_BE_REPLACED