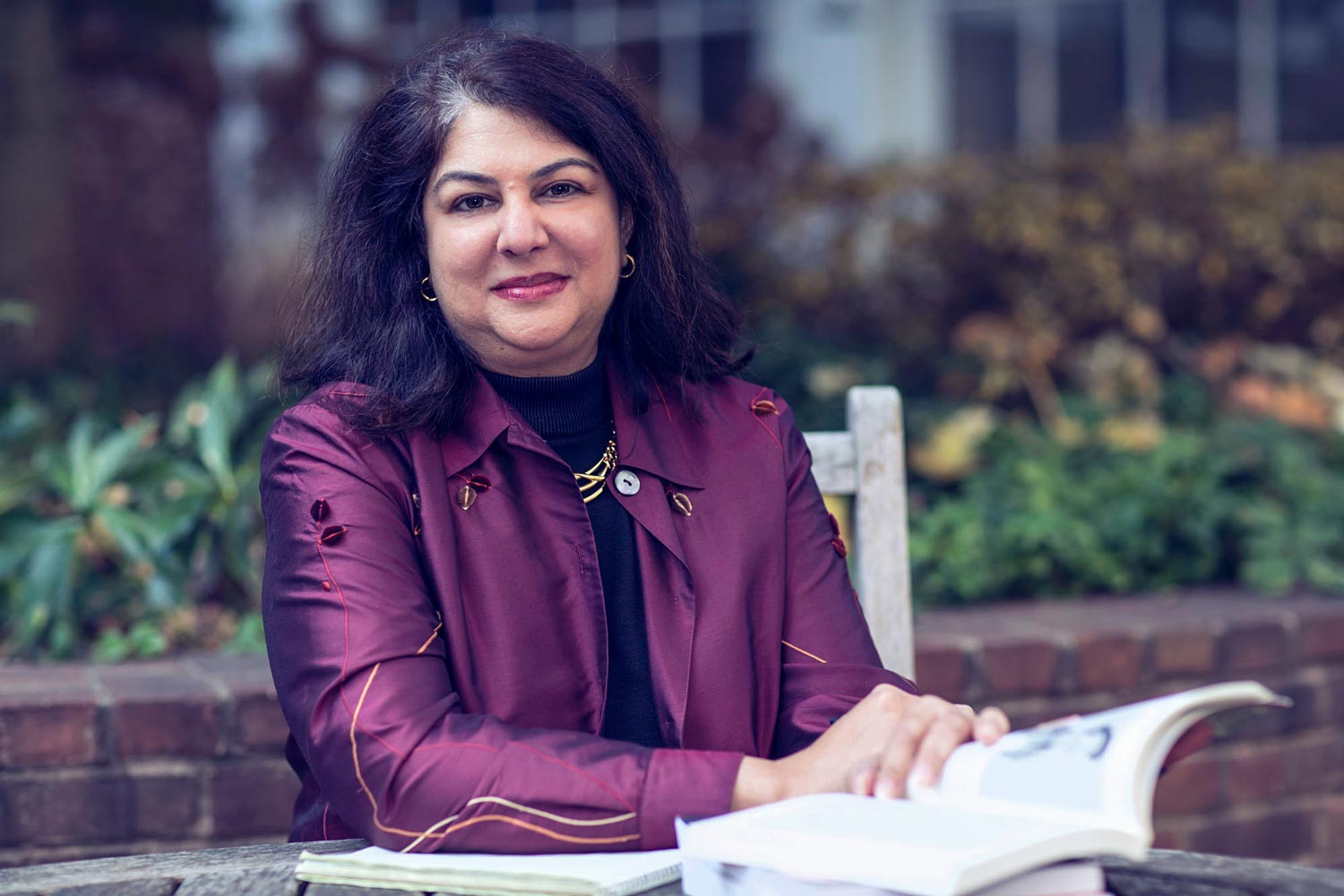 If you are a fan of “The Simpsons,” you probably recognize this catchphrase – invariably uttered in an exaggerated Indian accent – from the Indian Kwik-E-Mart clerk Apu Nahasapeemapetilon. A fixture on the long-running series, Apu, voiced by actor Hank Azaria, has come under fresh scrutiny in comedian Hari Kondabolu’s new documentary, “The Problem with Apu.”

“My name is Hari Kondabolu. I’ve had a great career filled with laughter, critical acclaim. I should be completely happy,” Kondabolu deadpans in the documentary’s trailer. “But, there is still one man who haunts me… Apu Nahasapeemapetilon.”

Kondabolu seems to have touched a nerve. His documentary includes Aziz Ansari, Whoopi Goldberg and a whole roster of other comedians, actors and entertainers who feel that the harm done by the stereotypical character far exceeds his comedic value. The film has received widespread media coverage, from Vanity Fair to the New York Times, and given “The Simpsons” creators “a lot to think about,” according to multiple media outlets’ interviews with Azaria, Apu’s voice actor.

The documentary includes academics like the University of Virginia’s Shilpa Davé, whose scholarship and research provide history and context important to understanding Apu’s impact on American culture and evaluating how TV representations of Asian-Americans have evolved since Apu’s debut decades ago.

Davé, a media studies professor and author of the 2013 book, “Indian Accents: Brown Voice and Racial Performance in American Television and Film,” explains more below.

Q. What do you find problematic about Apu’s portrayal on “The Simpsons”?

A. Apu is a two-dimensional cartoon character in a show that satirizes many different aspects of American culture and other cultures, so in that sense he is not unusual. Homer Simpson, after all, is an often-unflattering satire of a blue-collar worker.

Apu is different because there were not many other representations of Asian-Americans on television when “The Simpsons” came out in the early 1990s. He was one of the only Indian characters on major American television.

Though that is certainly not true today – there has been an explosion of South Asian actors, writers and directors – the point of Hari’s documentary is that a whole generation grew up with this stereotypical caricature as the primary representation of Asian-Americans on television. Some of those people are now in positions of power in the entertainment industry, choosing which shows to write, who to cast and how to portray different ethnic groups. The concern that stereotypes affect those choices is part of Apu’s legacy.

Q. “The Simpsons” is hugely popular. Could that popularity blind fans to some stereotypes that they might otherwise be quick to call out?

A. Oh, certainly. I enjoy “The Simpsons” – I think there are aspects and episodes of the show that are terrific, particularly the Halloween episodes. It’s been a smart and topical show that satirizes contemporary culture, and Apu is a beloved character and a vital member of the show’s community.

For me, the problem with his characterization comes when the accent itself is the joke – not what Apu is saying, but just the fact that he has an accent. In the documentary, “The Simpsons” writers are very honest in saying that they did not originally intend to give Apu this very exaggerated accent, but then did it anyways after Hank Azaria’s version made them laugh. I think it’s important to think about why we find that funny and why we might not react to, for example, a British or a French immigrant man in the same way.

Q. Aside from accents, what other stereotypes do Asian-American groups face in television?

A. Asian-Americans have been portrayed as either industrious lower-income workers, such as taxi drivers or small business deli owners, or as super-smart immigrants in the medical or tech fields. Often, they are not main characters, but sidekick figures conforming to what many scholars call the “model minority.” This model minority stereotype refers to the generalization of Asian-Americans as smart, overeager, nonthreatening immigrants who don’t make political or social waves.

That stereotype can actually drive a wedge between other racial minorities in the U.S., and is a myth that overlooks the fact that Asian-Americans are a large, very diverse group of immigrants and citizens with long histories in the U.S. They are people with different languages, religions, geographies and histories; even people from countries that were once at war with each other.

Q. How are television shows today changing or taking on these stereotypes?

A. Today, there are so many more Asian-Americans writing or directing television shows. That has made a tremendous difference, because they are not writing scripts based on stereotypes, but on their own experiences or people they know. You get more complex characters, not just one or two-dimensional portrayals.

Mindy Kaling’s “The Mindy Project,” Aziz Ansari’s “Master of None” and director Justin Lin’s films – including “Better Luck Tomorrow,” “The Fast and the Furious” franchise and “Star Trek Beyond” – are all great examples.

Q. You said above that the on-screen representation of Asian-Americans could affect decision-making in the entertainment industry. How might that extend to the representation of women amid the current onslaught of sexual harassment scandals that started with Harvey Weinstein?

A. Women are speaking out, which is a good thing. It’s hard to know for sure, right now, what changes will result. We are seeing that some people knew something was wrong, but did not say anything.

Speaking up is so important, both for women and for men. Women need men to be their allies and also to support women if we want to really change the culture, and the same is true for race relations. Minority groups need others to speak out about stereotypes and prejudices. We all know that these exist, so really the question is if and how we want to change anything. Are we willing to find allies within other groups? Can we use social media to draw attention to wrongs? How can we create change in both our daily lives and in our larger communities?

What’s Next for UVA’s Class of 2022? END_OF_DOCUMENT_TOKEN_TO_BE_REPLACED