Q&A: Assessing the Risks and Rewards of Pelosi’s Plan to Visit Taiwan 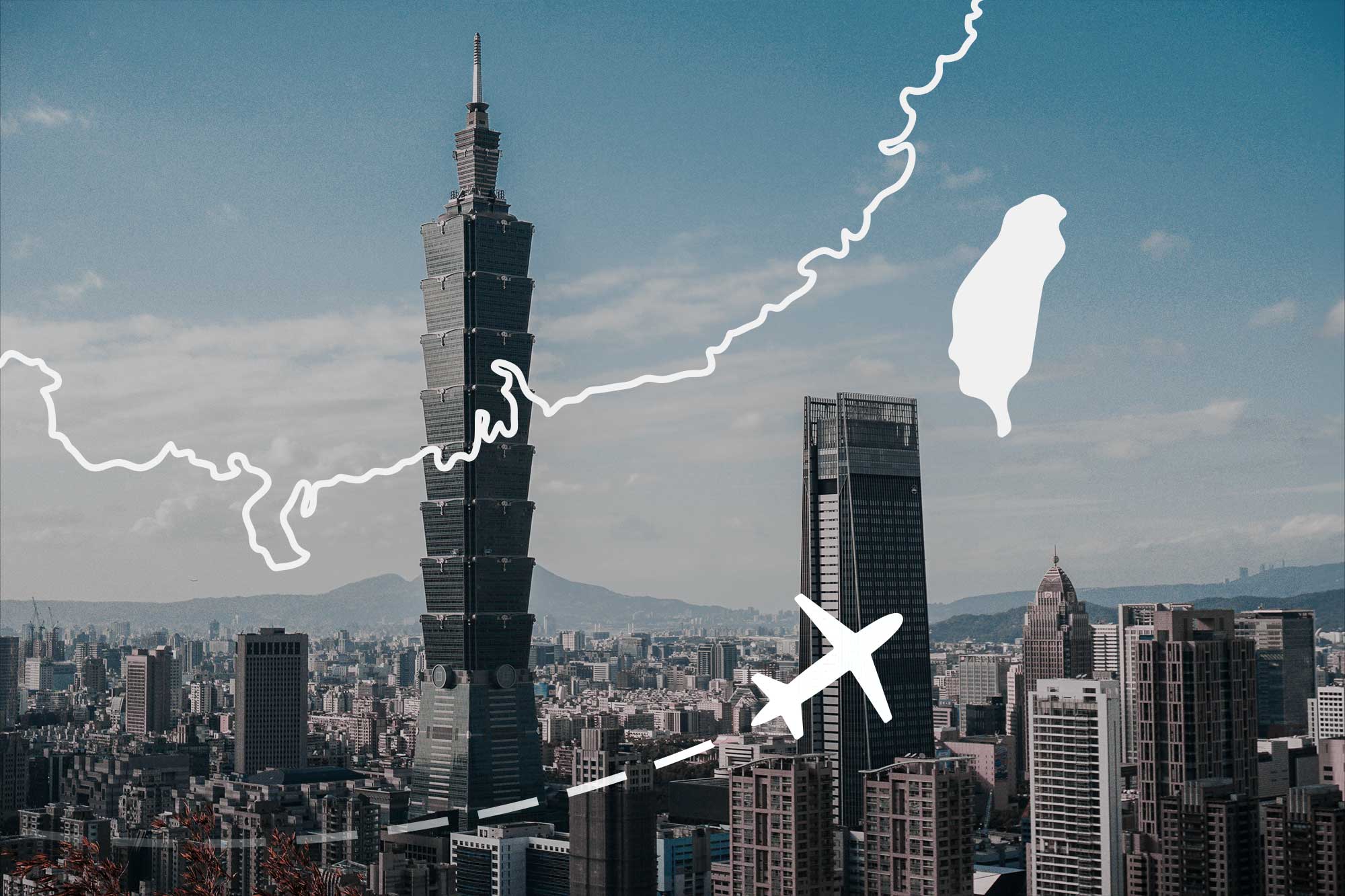 U.S. House of Representatives Speaker Nancy Pelosi will include a visit to Taiwan as part of an upcoming Asian tour she and a congressional delegation are planning, according to news reports on Monday.

With relations between the United States and China strained over multiple issues – including human rights, relationships with Russia, military escalation, global economics and the future of the Taiwan’s democratic governance – Pelosi’s decision has sparked a range of speculation.

Some encourage her visit, while others are strongly warning it could further complicate relations between the U.S. and China. For its part, China has adopted an aggressive stance, with a foreign minister on Monday saying China will take “resolute responses and strong countermeasures to defend its sovereignty and territorial integrity.”

UVA Today checked in with Vice Provost for Global Affairs Stephen Mull to provide some context and understanding of what makes the potential visit appear so fraught. Mull has held a variety of national security positions including acting under secretary for political affairs in the U.S. State Department.

Q. Americans, including members of Congress, travel to other countries all the time. Why has the idea of Pelosi going to Taiwan caused such an uproar?

A. Indeed it’s not the first time a member of Congress has traveled to Taiwan. Speaker of the House Newt Gingrich traveled there in 1997 to proclaim that the U.S. would militarily defend Taiwan, which barely caused a ripple in U.S-Chinese relations at the time.

Today, China is likely reacting much more harshly to Speaker Pelosi’s prospective visit because of a significantly changed strategic and political environment. That includes an uncertain domestic political environment in China in the run-up to this fall’s Communist Party Congress, which President Xi Jinping hopes will ratify his continued hold on power amid reportedly rising discontent stemming from Beijing’s strict COVID lockdowns, increasing limits on freedom of speech, and slowing economic growth as a result of the pandemic.

Add to that Chinese impressions of strengthening U.S. military support for Taiwan, growing sympathy for Taiwanese independence, and success in mounting a strong international defense of Ukraine against Russian aggression, and it’s not too hard to imagine a Chinese motive in drawing a bright red line around high-level U.S. engagement with Taiwan as a means of interrupting, if not reversing, momentum against a vital Chinese interest.

Q. Aggressive statements or proclamations aren’t unusual among certain countries. Is there reason for China’s initial comments about Pelosi’s visit to be viewed as anything other than saber-rattling?

A. A few days ago, when asked about the speaker’s prospective visit, President Biden curiously answered that U.S. military officials think “it’s not a good idea” for this visit to happen now. That’s not a rationale a U.S. president has ever publicly used in arguing against high-level engagement with Taiwan, which suggests that the U.S. military believes that such a visit will result in Chinese retaliation against U.S. security interests in the region.

That impression only strengthened with a senior Chinese spokesperson’s statement Monday that the Chinese military “will not stand idly by” in the event of a visit and will take “resolute and vigorous countermeasures.” While it seems highly unlikely that China would go so far as to attempt to prevent the speaker’s aircraft from landing in Taipei, there are a range of other options the Chinese military could undertake, ranging from higher-profile military exercises and missile tests to attempting to close down the Taiwan Strait, which the U.S. regards as international waters.

A. That depends on the Chinese response.

On a geostrategic level, if the speaker proceeds with her visit and the Chinese response is relatively mild, it could be a sign that the Chinese government has decided to pull back from the path of confrontation with the U.S. over Taiwan, despite (or because of) internal political pressures, and that in turn could result in a de-escalation of tension and pressure on Taiwan, unless the U.S. works to strengthen its relationship with Taiwan over Chinese objections.

But if China responds harshly, including by attempting to close the Taiwan Strait, that will risk escalation over the U.S. commitment to freedom of navigation in the strait, putting the U.S. in a difficult position internationally vis-à-vis our treaty allies in the region, and the Biden administration in a bad situation politically at home. The visit itself seems unlikely to significantly advance any key U.S. interest.

Q. Why is China so sensitive about Taiwan? What’s the relationship between the two?

A. A fundamental tenet of Chinese policy since the founding of the People’s Republic in 1949, when Chinese nationalists under the leadership of Chiang Kai-shek fled the mainland and set up their own government on Taiwan, has been that Taiwan is a province of the People’s Republic of China. Beijing furiously rejects any efforts of the Taiwanese and others to challenge that view, including Taiwan’s efforts to establish separate diplomatic relations with others, exchange high-level visits like Speaker Pelosi’s rumored plans, or take up formal status as an independent state in international organizations.

China has said it ultimately seeks Taiwan’s peaceful unification with the mainland, but as popular support for independence has grown within Taiwan, Beijing has increasingly hinted it would not shy from using miliary force to prevent Taiwan’s independence.

Q. What is the U.S. position on Taiwan, and does China fear that our government is taking sides or trying to impinge on what China believes is its own territory?

A. When it first started normalizing relations with China with President Nixon’s visit in 1972, the U.S. agreed not to contest China’s strict view that Taiwan was a part of China – the so-called “One China” policy – and that has remained a central core of U.S. policy toward Taiwan since then. In accordance with that policy, the U.S. severed diplomatic relations with Taiwan in 1979 when it established formal relations with Beijing. At the same time, the U.S. Congress passed the Taiwan Relations Act, which authorized U.S. weapons sales to Taiwan for its self-defense, which have continued to this day.

In addition to a strong military supply relationship, successive U.S. governments have supported a booming trade relationship with Taiwan, and increasingly tout Taiwan as a beacon of successful democracy in Asia, for example by inviting Taiwan to participate in the Biden administration’s Summit for Democracy in December 2021. U.S. public support for Taiwan has increased as worries mount that a strengthening China will soon move to conquer Taiwan by force, perhaps in connection with the 20th Chinese Communist Party Congress scheduled for fall 2022, which observers expect will cement Xi Jinping in power for years to come.

While the U.S. today does not have a formal commitment to intervene in a conflict between China and Taiwan beyond its requirement under the Taiwan Relations Act to supply Taiwan with materiel for its self-defense, President Biden has publicly suggested three times since taking office that the U.S. would actively defend Taiwan if China were to attempt to seize Taiwan by force. The Chinese government has reacted harshly to these statements, which it evidently perceives as fueling momentum away from the “One China” policy and toward support for Taiwanese independence, which it would consider a serious American challenge to a vital Chinese national security interest.

Q. At the big picture level, is this mostly about the ongoing global clash between democracy and communism?

A. That probably depends on where you sit. I’d guess China views the Taiwan question as much more about protecting territorial integrity and its sphere of influence than about advancing the Marxist-Leninist cause, much as we’d view a Chinese effort to offer arms to Puerto Rican separatists.

That said, there is no doubt that Taiwan has developed into a thriving and prosperous liberal democracy with which we have a broad convergence of interests, along with other friendly democracies in the region including Japan, South Korea and Australia, and whose way of life and political values are deserving of the West’s support.

At UVA, There Is a Club for Everyone END_OF_DOCUMENT_TOKEN_TO_BE_REPLACED