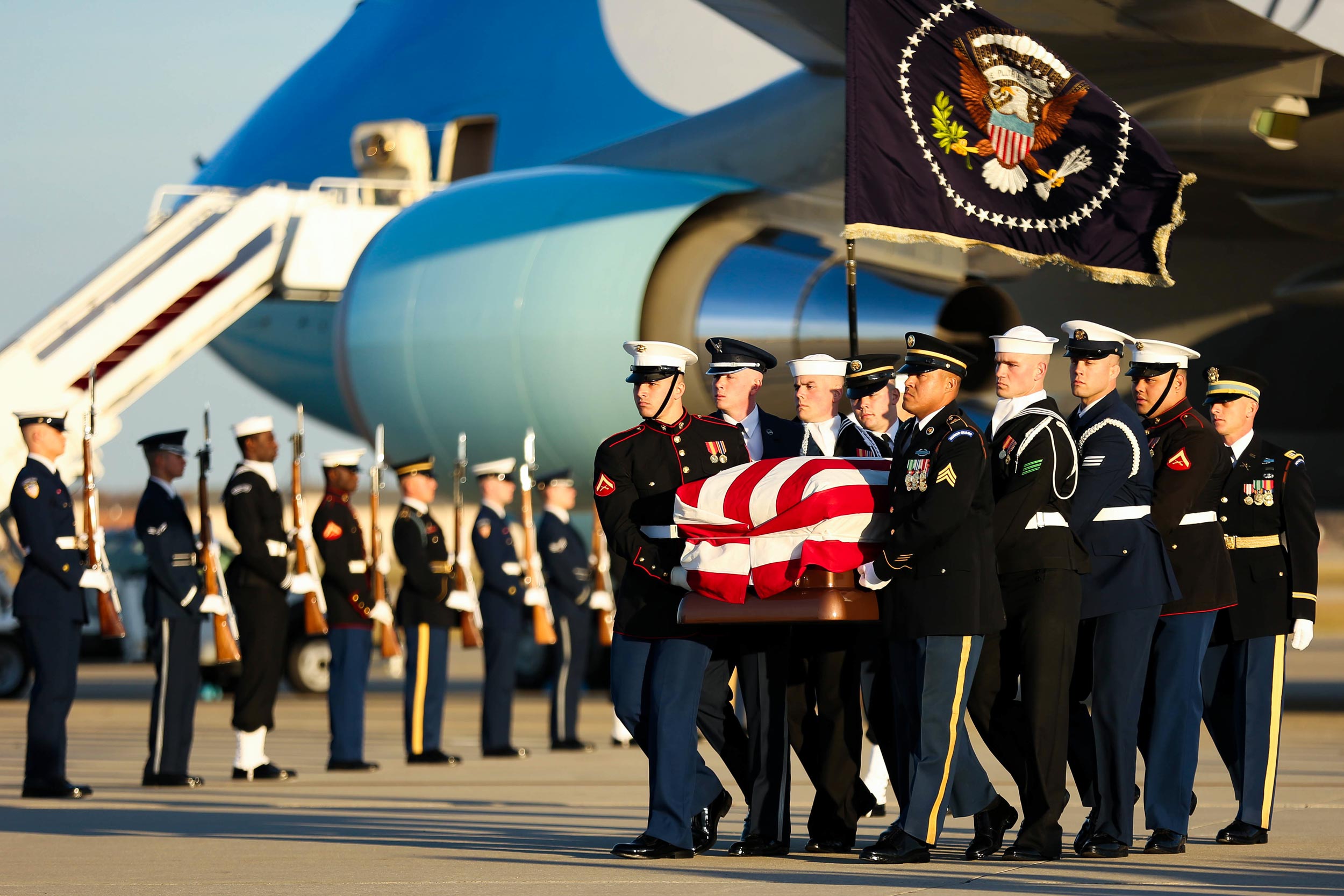 Like many around the country, Zelikow – now the White Burkett Miller Professor of History at the University of Virginia and the J. Wilson Newman Professor of Governance at UVA’s Miller Center – is remembering the late president fondly this week. Bush died Friday at age 94, and his state funeral services are currently being held in Washington.

Zelikow served on Bush’s National Security Council staff and played a key role in the reunification of East and West Germany, which helped to end the Cold War during Bush’s term. He later served as a deputy to Secretary of State Condoleezza Rice when Bush’s son, George W. Bush, was president. He was also the executive director of the 9/11 Commission and a member of the President’s Intelligence Advisory Board under presidents George W. Bush and Barack Obama.

Bush, Zelikow and the rest of the president’s foreign policy team faced a number of challenges during Bush’s four-year term, including rebuilding relations with the Soviet Union after the Cold War, reunifying Germany and responding to the 1989 Tiananmen Square protests in China and Iraq’s 1990 invasion of Kuwait, which led to the Persian Gulf War. On Tuesday, Zelikow discussed some of his recollections from those four years, his memories of the late president and the Bush administration’s foreign policy legacy.

Q. What do you remember most about President Bush?

A. So many things, it’s hard to recount them all. I remember that he was physically restless; he had a very active temperament, whether it was speed golf, racing his speedboat, or something else. He believed deeply in trying to get to the heart of an issue and then working out the basic approach with key partners. He worked closely with people like Jim Baker [Bush’s secretary of state and White House chief of staff] to follow through and make things happen.

He was, as many have pointed out, naturally self-deprecating. For example, I recall being at a lunch with him in 1990, with the Irish prime minister. The prime minister congratulated the president on how wonderfully he was managing the diplomacy to end the Cold War and build a new world system. President Bush’s reaction was to recall a quote from New York Yankees baseball manager Yogi Berra about making the ‘wrong mistakes.’ The president said, “Well, I guess I didn’t make any of the wrong mistakes.”

There was a deeper meaning to that quote. It was self-deprecating on the surface, but there is also this sense that we are all going to make mistakes, and that some mistakes are more important and irrevocable than others. This is why Bush worked so hard at developing relationships, listening to and working with other people. You see this a lot in his letters, as he tries to get a sense of someone’s heart and their approach.

A. His approach to foreign policy was built around partnerships. Because he genuinely respected and listened to other foreign leaders, they returned that respect and he formed a number of partnerships around the world that allowed him to deal with all of the different crises that came up. His partnership with [German] Chancellor [Helmut] Kohl was particularly important.

A lot of people have an image of what they think leadership is; Bush believed in leadership through partnership.

Q. How would you describe his foreign policy legacy?

A. He led us peacefully through the end of one world system and the creation of a new global system. He led the way in designing what would become the new World Trade Organization, organizing the global economy after the Cold War. He used American leadership in the United Nations to head off Iraq’s conquest of Kuwait, one of the most brazen acts of aggression since 1945. No one before or since, I believe, has organized such a complete worldwide coalition to uphold common goals.

At home, he finally dealt with the fiscal hangover from the Reagan years and put the country back on track toward a balanced budget. He and his successor, President Bill Clinton, gave the country a run of economic growth.

Q. What did you learn from working in the Bush White House?

A Year We Will Never Forget: 2019-20 in Review END_OF_DOCUMENT_TOKEN_TO_BE_REPLACED

‘What Will You Carry With You?’ Remarks From UVA President Jim Ryan END_OF_DOCUMENT_TOKEN_TO_BE_REPLACED