On June 16, the new Shanghai Disney Resort will open its doors in China’s most populous city, connecting the entertainment behemoth to a whole new world of customers in one of the globe’s fastest-growing markets.

Stock markets, companies and business scholars around the globe will be watching to see if Disney’s particular brand of magic will catch fire in mainland China, or if it will receive the same lackluster reception that plagued Disney’s previous ventures in Hong Kong and Paris.

Among those scholars is Elliott Weiss, a professor of operations management at the University of Virginia’s Darden School of Business. While in Shanghai with students in Darden’s Global Executive MBA program, Weiss led a case discussion of the new 963-acre resort. Participants included 30 students in the executive MBA program, which completes international residencies in China, Brazil, India and Europe, and 30 residential MBA students who were in China on a Darden Global Business Experience trip. Additionally, 40 local alumni, prospective students and members of Darden’s Global Advisory Council took part in the case discussion. 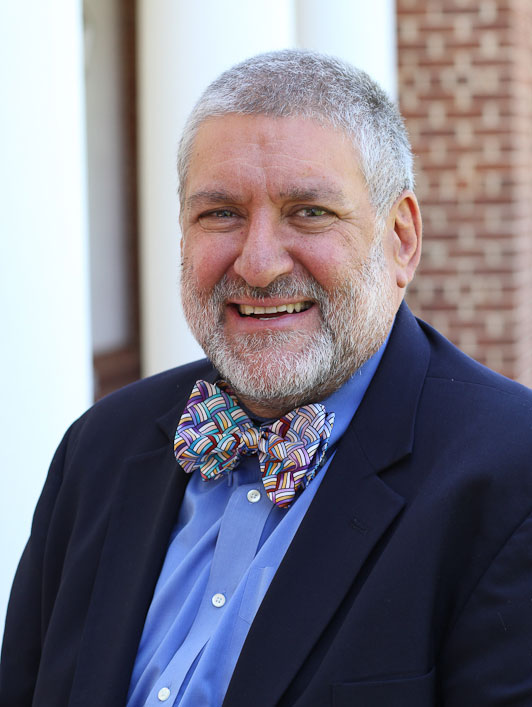 Elliott Weiss, the Oliver Wight Professor of Business Administration at the Darden School of Business, led a case study on Disney’s expansion to Shanghai.

The class examined both the Shanghai market and the historical performance of Disney’s parks in Tokyo, Hong Kong and Paris. Though Tokyo Disneyland found success quickly, the Hong Kong and Paris parks famously struggled to integrate Disney’s signature experience with the intricacies of local culture.

In Paris, for example, Disney’s employee appearance code caused outcry among French labor unions, expectations that guests would spend vacation days on longer visits did not accord with French travel habits and an initial alcohol ban prompted derision among wine-loving Parisians.

UVA Today talked with Weiss to learn more about what Disney must do to avoid similar pitfalls and succeed in Shanghai.

Q. What makes the Shanghai market a promising environment for Disney?

A. The population demographics are very favorable. There are 330 million people within a three-hour driving distance of the Shanghai Disney Resort. More broadly, there is rising wealth in China and a rising middle class. Many of those people have shown a strong desire for consumption of Western items and Western goods and services, which bodes well for Disney.

I have been coming to China for the last five or six years and have clearly seen many more Disney shops popping up, as well as a merchandising blitz in stores like Wal-Mart. Even if the park takes awhile to be successful, the merchandising will bring in a lot of revenue.

Q. From a business perspective, what must the Shanghai Disney Resort do to avoid some of the problems that marred Disney’s debut in Hong Kong or Paris?

A. The Hong Kong and Paris parks struggled with adapting Disney’s brand to the local culture. In China, a central question is which elements Disney should customize for China and which elements need to reflect the typical Disney brand.

In our case study, we talked about where the world might be “flat” – with practices translating easily from the U.S. to China – and where it might be “lumpy” – with more customization required. For example, Disney has made efforts to customize its food offerings to Chinese patrons, while still offering some Westernized options.

They will also need to adjust their crowd-control practices for China, where the surrounding population is much larger than that of other parks and structured lines are not as common, culturally. This will be especially important at peak vacation times. Chinese workers typically get fewer vacation days than U.S. workers, so demand is likely to be much higher around national holidays. Handling the crowds at those peaks could be an issue.

Q. Do any other customizations stand out?

A. The size of families coming to the park could be a big difference. In the U.S., the typical Disney visitor comes with their nuclear family. With China’s one-child policy only recently phased out, it is more likely that grandparents will come along. As a result, Disney can choose to utilize spaces differently, perhaps including larger waiting areas and larger spaces adjacent to attractions, where grandparents can comfortably wait for family members if they do not want to ride.

Hotels are another significant difference. Disney World in Orlando currently has more than 25 hotels for guests to choose from, while the Shanghai park has just two. That reflects a mistake in Disneyland Paris, where Disney assumed that most people would travel overnight when many were just making day trips. They are assuming that most people in Shanghai will also just make day trips.

Q. What business lessons did your students learn from studying Disney’s entry to mainland China?

A. You have to carefully tailor your service offering to the target market. What will work in Florida will not necessarily work directly here in Shanghai. You need to do your research and be creative about integrating cultural expectations.

After the case, most participants felt that Disney would eventually be successful in Shanghai, but that no one could truly anticipate every problem until the park opens. It might take three to five years to work out the kinks, but the consensus in the room was that, given Disney’s history with other parks and their ability to overcome those difficulties, they could likely find long-term success in Shanghai.

When Less Is More: How Harnessing the Power of Subtraction Can Add to Life END_OF_DOCUMENT_TOKEN_TO_BE_REPLACED