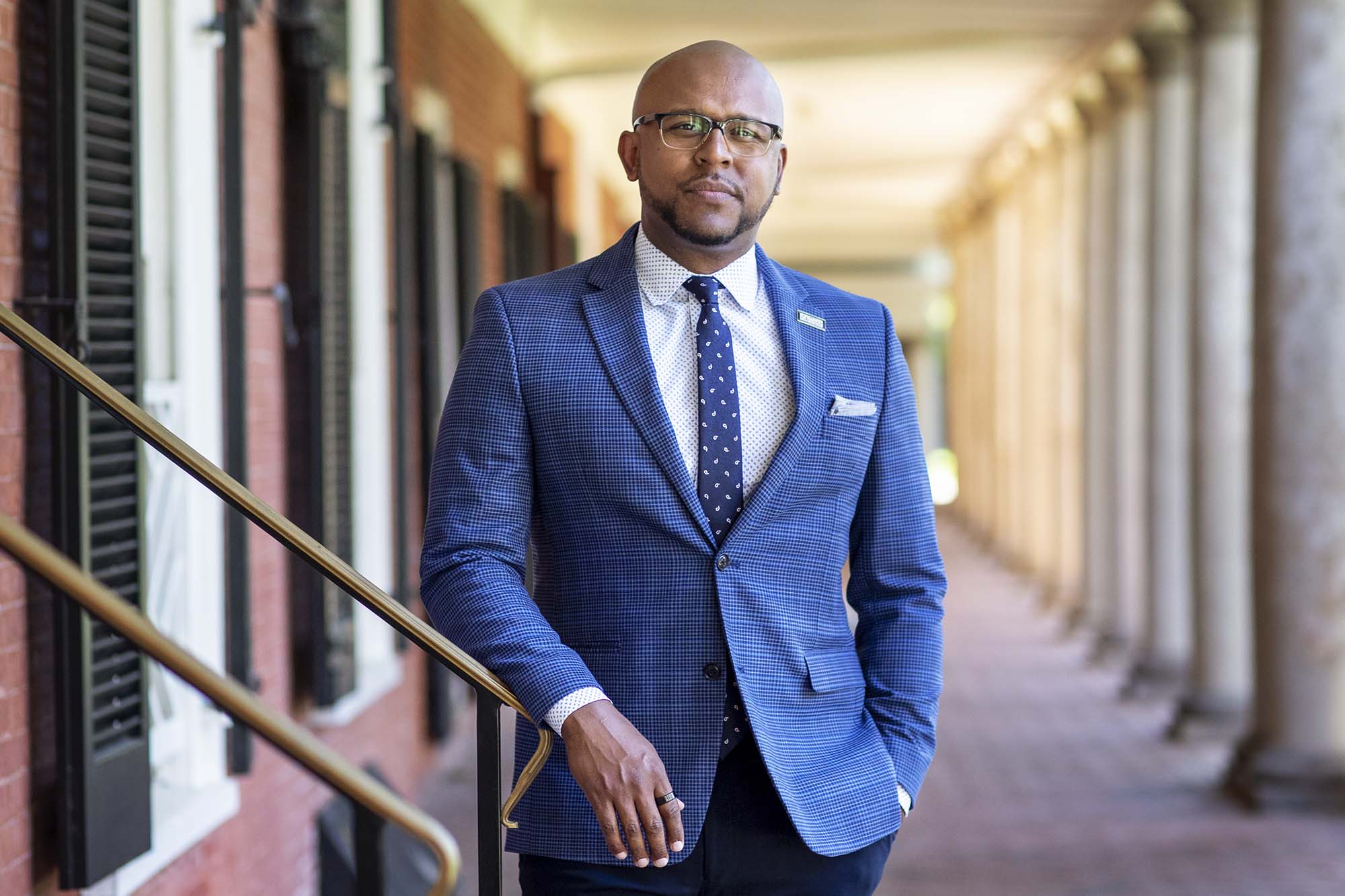 One of the best things Larry Terry says he’s ever done in his professional career occurred while he was working in criminal justice reform in Texas in 2016.

Terry came across the Second Chance Community Improvement Program, one of the first felony community courts in the United States.

The court was started by a judge who felt that minorities were being disproportionally sentenced to jail or prison. The judge wanted to provide an alternative to incarceration that improved the person, the criminal justice system and the community.

Terry got involved – and he’s never looked back.

“It was so impactful to see the kinds of things our participants were able to achieve if we helped them get access to the resources they needed to not just survive day by day, but to succeed and make long-term investments in themselves,” Terry said.

On Tuesday afternoon, Virginia Gov. Ralph Northam appointed Terry – the executive director of the University of Virginia’s Weldon Cooper Center for Public Service, who holds an appointment in UVA’s Frank Batten School of Leadership & Public Policy – to a two-year term on the Virginia State Crime Commission.

“He has experience working for organizations dedicated to working for restorative justice and second chances,” Northam said.

Terry was one of three new members named to the commission, along with Norfolk Police Chief Larry D. Boone and Lori Haas, senior director of advocacy with the Coalition to Stop Gun Violence.

The commission’s purpose is to study, report and make recommendations on all areas of public safety and protection. One objective is to explore and recommend methods of rehabilitation for convicted criminals.

Following Tuesday’s appointment, UVA Today caught up with Terry, a native Californian who came to UVA in 2018.

Q. What does this appointment mean to you personally?

A. It is hard for me to describe how honored and blessed I feel to be appointed to the Crime Commission. The past few weeks have been very difficult in terms of processing the deaths of George Floyd, Ahmaud Arbery and Breonna Taylor, and with all of the protests taking place across the country as a result, I’ve been thinking quite a bit about how I can do my part to make the changes that are needed across all aspects of our society, but particularly in our public institutions.

In my family we often talk about leading and doing what we can to help others, so I am hopeful that this will allow me to do that and have impact across the commonwealth.

Q. About 18 months ago, Gov. Northam appointed you to serve on a six-member team that was chaired by Secretary of Public Safety and Homeland Security Brian Moran to identify the best practices and strategies for criminal justice reform. What were some of the team’s findings, and will your work with the Crime Commission build on that?

A. Not surprisingly, access to affordable, safe housing is even more difficult for citizens who are returning to their communities from incarceration. In many instances, the home plans that are created before a citizen is released don’t remain in place for any number of reasons – from relatives no longer wanting to house them to lack of resources needed to maintain adequate shelter – and we were able to identify many of those barriers and make recommendations for greater connectivity between community resources and correctional institutions.

While I have not been briefed specifically as to whether we will continue to build on that work, I could see it continuing to be an issue that the Crime Commission wants to address to ensure returning citizens are successful in reintegrating into their communities.

“I’ve always viewed police officers as public leaders, and I think we need to do more to prepare them for their roles in relationship-building, working with citizen leaders to identify community problems and developing strategies to address collective issues in tandem with those who they serve.”

Q. While you were at the University of North Texas at Dallas, you worked with a community court called the Second Chance Community Improvement Program that helped individuals avoid incarceration by engaging in restorative programming, and you also worked with citizens who had finished their prison sentences to help them return to society and be as productive as possible. Why has this been so important to you?

A. I believe in people and the human spirit, and I definitely know that we are not all given the same chances to succeed in life. Many of the people whom I worked with had come from very difficult circumstances, and while there are many factors that go in to why someone has committed a crime, in many instances poverty, a lack of adequate education or economic opportunity, personal trauma and other systemic inequities contributed to an environment where it was difficult to survive, let alone prosper.

And as an African-American/Hispanic man, it was also hard to see so many minorities disproportionately in the system, and I wanted to do what I could to provide hope for those who may have made mistakes, but who wanted to live a productive life just like the rest of us aspire to do every day, but may be didn’t have all of the skills in order to do so.

Q. In light of the current protests, how do you think your past work on criminal justice reform will factor into what you hope to focus on with this commission?

A. Naturally every community is different, and I wouldn’t assume that what I did in Texas will automatically translate to the needs of the communities across the commonwealth. My plan is to listen, learn as much as I can from the other members of the commission, and use my training as an institutional scholar and experience in engaging with leaders from across sectors to figure out what our priorities should be here in Virginia in 2020.

The events of the past few weeks will certainly have a big role to play in what citizens want done, and what institutional leaders have the will to change through policy or addressing social norms.

“In my family we often talk about leading and doing what we can to help others, so I am hopeful that this will allow me to do that and have impact across the commonwealth.”

Q. Nationwide, we have seen a lot of calls for police reform. In your new role, how do you hope to address community concerns about policing?

A. There is clearly more that needs to be done in terms of training for law enforcement officers, and that goes beyond calls for de-escalation practices.

I’ve always viewed police officers as public leaders, and I think we need to do more to prepare them for their roles in relationship-building, working with citizen leaders to identify community problems and developing strategies to address collective issues in tandem with those they serve. These kinds of skills might seem too “soft” for the job at hand, given the seriousness of the work that law enforcement entails, but a strict oversight role that leans on legal power as a way to get compliance or cooperation in many ways goes against how humans respond positively to one another.

Community policing needs to be more than periodic events at local schools or showing up for “National Night Out” in a neighborhood. It has to be a legitimate, engaged process that builds relationships with community members over time, and done in partnership.

A. I am looking forward to working with the other members of the Crime Commission, communities across the state, as well as others here at UVA who may have some interest in the reform work we all have ahead.

This is a tremendous opportunity and I hope I can serve in it well.

What’s Next for UVA’s Class of 2022? END_OF_DOCUMENT_TOKEN_TO_BE_REPLACED

How Affordable is UVA? END_OF_DOCUMENT_TOKEN_TO_BE_REPLACED