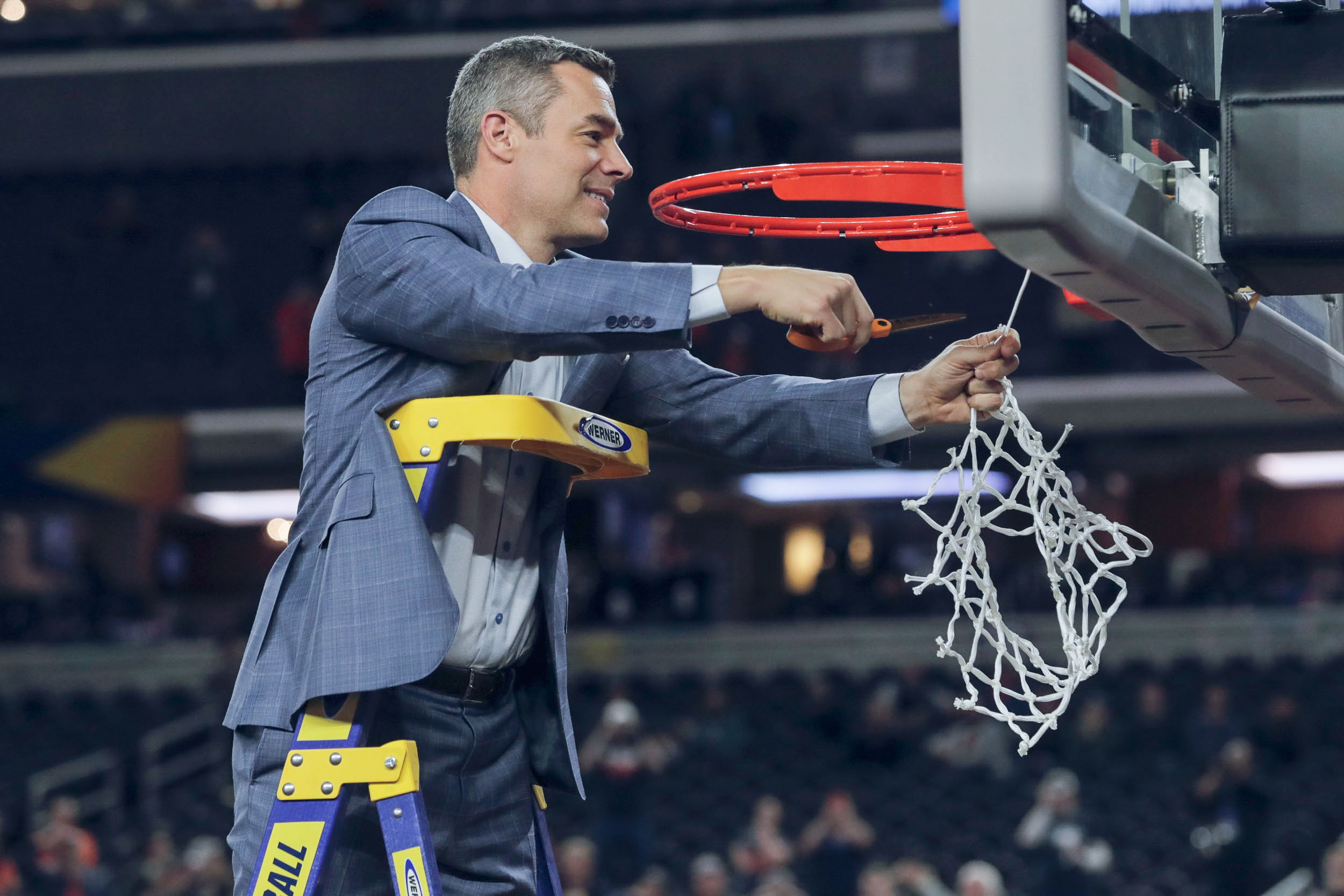 Just for a second.

Recently, the University of Virginia men’s basketball coach got to celebrate his 50th birthday with a trip to the Caribbean with his wife, Laurel, who also just had a birthday.

In August, the couple’s daughter will head off to Wake Forest University, while their son will start his junior year of high school in Charlottesville.

On Tuesday, UVA Today had a quick catch-up with Bennett, who spent much of the spring traveling the state – and beyond – giving talks and meeting fans.

Q. What have the last few months been like for you personally?

A. It’s been hectic with a lot of our guys turning pro and trying to help them, recruiting and all of the speaking stuff, but it’s all good. I’ll take that problem with the national championship, for sure [laughing].

Q. What are some of the coolest things that have happened to you in the aftermath?

A. My dad and I got to play [golf] at Augusta [National Golf Club] together. That was such a highlight. It was really cool and great.

But during our Virginia Athletic Foundation speaking tour this spring, just to see the elation and camaraderie it brought with families coming together and hearing all the stories. People would say, “I’m a three-generation Hoo and watched it with my grandpa and my son.” You see how much it really meant to people. That was just really cool.

People had picture books from all the different newspapers and publications. Having a chance to see all of them was pretty awesome. Meeting so many of the fans who cheered us on was just so special.

Q. Does winning it all seem surreal?

A. I guess. You know, I don’t know. You always remember it, but you turn the page. You say, “Now we’re working on recruiting and doing some other things.” I guess I don’t know how to answer that – if it’s been surreal? It is kind of like, “Yeah, we did that.” But then you see a video of it and you’re like, “Wow, that’s amazing!”

I finally watched the [tournament] games. Watching them, you’re like, “Wow, that was really impressive how close that was.” To do it like we did was really impressive. When you’re in it, you’re just focusing, but then on the outside you’re like, “Wow, this is tense, this doesn’t look good, I guess this is the end of the road … oooop … guess we’re going to play another game!”

Q. So many of your former players and members of the UVA basketball family reached out to you after the win over Texas Tech.

A. Oh yeah. To see how it has brought everyone even closer together is really special. Having so many guys at the [national championship game] was really special. So many of them came. We’re going to have former players coming back for a pool party at our house in July, and so that will be cool to catch up with those guys.

A Year We Will Never Forget: 2019-20 in Review END_OF_DOCUMENT_TOKEN_TO_BE_REPLACED

‘What Will You Carry With You?’ Remarks From UVA President Jim Ryan END_OF_DOCUMENT_TOKEN_TO_BE_REPLACED