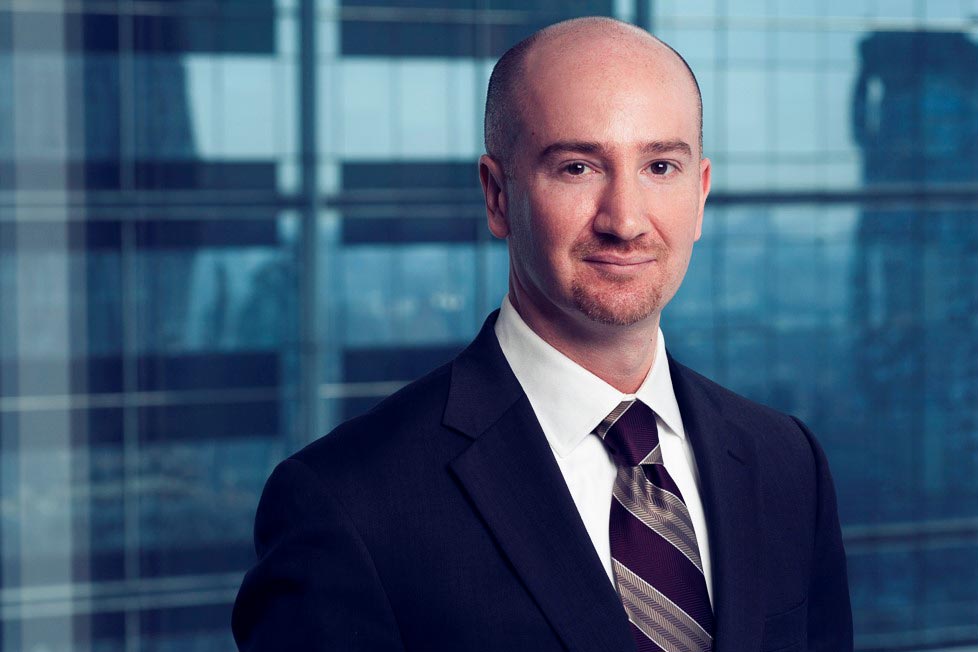 William Charron, a 1998 graduate of the University of Virginia School of Law and a partner at Pryor Cashman in New York, founded the Court of Arbitration for Art, a new body dedicated exclusively to resolving art disputes.

The court was formally launched June 7 in The Hague by two groups, the Netherlands Arbitration Institute and Authentication in Art.

Charron, a co-leader of his firm’s art law practice who represents clients in art disputes, recently spoke to UVA Law about the new court and his career in art law.

Q. Can you describe your career and what led you to art law?

A. I began my career as a litigator in 1998 at Orrick, Herrington & Sutcliffe in New York City. In 2000, I moved to Pryor Cashman, which has always had a particularly strong intellectual property practice in the media and entertainment space. I quickly found myself handling numerous copyright, trademark, right of publicity and other “soft IP” cases in the entertainment space.

One of our entertainment clients came to us one day because he was trying to sell a work of art that he bought in good faith in the 1960s, but was alleged to have been stolen by Nazis during World War II. World War II art restitution cases were relatively new to the legal scene at that point, and this became a fairly high-profile matter in the art law world.

We eventually prevailed in the case by disproving Nazi theft and by establishing new law concerning application of the laches defense in this context. [The laches defense basically holds that if the claimant or the claimant’s predecessors-in-interest – e.g., family ancestors – had reason to know of a theft, but did not do anything to pursue their rights and to gather/preserve evidence, and as a consequence of that inaction the evidence is now largely gone, then the current, good-faith owner can maintain title. In this way, the laches defense assigns the burden and risk of loss to the party in the best position to have acted on information at a more seasonable time.]

That case put me on the art law map. I also found the case to be fascinating and compelling, both factually and legally, and I decided to build an art law sub-practice group within my firm. In a fairly short amount of time, I was bringing in additional restitution matters as well as art authenticity disputes and art transactional matters, which my corporate, tax and trusts and estates colleagues at the firm primarily handle.

I am very proud of Pryor’s reputation as a leading art law firm today. I am also proud to be an advisory board member of the Authentication in Art group based in The Hague, Netherlands, which was my platform for conceiving of the Court of Arbitration for Art. I am additionally a founding board member of Professional Advisors to the International Art Market in New York.

Q. How is the legal art world different from other fields of law?

A. “Art law” is a bit of a misnomer in that you don’t need to be an artist, art historian or connoisseur to enjoy and thrive in the practice. The litigation issues often revolve around Uniform Commercial Code sales law and property law concepts, as well as procedural law issues such as choice of law, statutes of limitations and laches defenses, burdens of proof and evidentiary matters. I have always enjoyed studying and litigating those kinds of issues.

There are often also questions of how to assign burdens of diligence and risks of loss. I think my law and economics background from UVA has really helped my understanding and advocacy of those issues.

In art authenticity cases, for instance, many times the seller of allegedly fake or forged art will say the buyer (victim) is to blame for not exercising better diligence – this being a caveat emptor marketplace [the principle that the buyer alone is responsibility for checking the quality of goods]. Buyers will respond by claiming substantial information disadvantages between themselves and sellers/dealers; the art market is known to be fairly nontransparent, and anonymity among owners is accepted as commonplace. The courts regularly have to wrestle with these issues.

Likewise, in art restitution cases, where alleged thefts may have occurred decades or even centuries ago, the loss of evidence is a serious burden-of-proof problem.

These can be tough but highly thought-provoking cases.

Q. Can you give an example of a noteworthy art dispute?

A. I currently represent a plaintiff/victim of the largest art fraud scandal in American history, involving a now-defunct gallery in New York known as the Knoedler Gallery.

Knoedler had been in business since the 1850s and was a highly reputable art dealer. In the early 2010s, it came to light that Knoedler had been dealing for years in fake art, purportedly by such modern masters as Jackson Pollock, Mark Rothko, Robert Motherwell and others, but in fact been painted by a Chinese artist named Pei Shen Qian who had worked out of a garage in Queens. Knoedler had earned tens of millions of dollars from the sales of these works.

A number of cases alleging claims of civil racketeering, fraud and breach of warranty (among other claims) were brought in federal court in Manhattan against Knoedler and others. During the course of the litigation, the supplier of the art to Knoedler, a woman named Glafira Rosales, was arrested and pleaded guilty, and in the process identified Qian as the painter. Most of the civil cases have now settled, although our case and one other remains ongoing and are at the summary judgment stage.

Q. What inspired you to found the Court of Arbitration for Art?

A. In 2016, it occurred to me that one of the problems is how the court system is ill-constructed to resolve authenticity disputes in a way that the market may be inclined to accept. There is more than one published decision where a court has openly explained that “the market,” not the courts, is the best place to “resolve” authenticity issues. That is because courts, being reactive bodies, do their jobs of weighing the evidence presented to a “more likely than not standard,” but they do not actually authenticate art.

You can thus find cases where a leading connoisseur or scholar of an artist – or even the artist him/herself – disavows a work, but a court finds that other evidence (such as “provenance,” meaning the artwork’s lineage) supports a conclusion that the artist did create the work in question. These cases can take years and be very expensive for the parties to litigate, and in the end the market could simply shrug its shoulders and the value of the art remains questionable.

So I began conceiving of a specialized tribunal to handle these kinds of cases, where the deciders would be art law practitioners who are more regularly in touch with both the legal issues as well as an understanding of how the market responds to different kinds of evidence. In addition, where authenticity cases frequently turn on expert evidence, including in particular forensic science (evaluating a work of art at a molecular level to detect dating anachronisms) and provenance research, I thought that a less-adversarial expert model might work, meaning those kinds of experts would be appointed by the tribunal itself, similar to French and German courts.

We [the Authentication in Art group] approached the Netherlands Arbitration Association, which is a highly regarded alternative dispute resolution organization in Europe, to sponsor a specialized art tribunal. Once the association agreed, I was dispatched to form a small working group to develop what would become the court.

I was privileged to have a small group of highly respected fellow art lawyers from New York, London and Berlin work with me over the past year and a half to develop and market-test what have become the court’s rules. In developing the rules, we tried at all times to further the primary objectives of “decisional accuracy” and “market legitimacy.”

While the work began as an art authenticity-centric project, the arbitration association liked what we had developed so much that we were asked to enlarge the rules to cover all manners of art market disputes.

Q. How will this court function and hear cases?

A. In many ways the court’s arbitrations will function like traditional alternative dispute resolution: While the parties are free to customize their rules to a large extent, the default rules provide for either single- or three-arbitrator panels depending on the value of the art in question, with more limited discovery than you would have in court, and with international enforcement through treaties such as the New York Convention. The arbitrators are selected from pools of international art law practitioners, and the hearings can be conducted anywhere in the world, based upon party and arbitrator agreement.

But there are some unique aspects of the court as well. For one thing, there is a “technical process adviser,” who functions much like a magistrate judge or special referee to help the parties and tribunal fashion appropriate discovery plans. There are also expert pools of forensic scientists and provenance researchers who are the sole testifying experts on those issues – although the parties are able to examine those experts in discovery and the experts have the right, and the duty, to supplement their findings and reports in the event of omissions or errors revealed during the discovery process. The parties may also engage their own testifying experts on all other pertinent matters on a case-by-case basis, such as damages, custom and practice, and foreign law. The arbitrators are also to provide written, reasoned and published decisions that will identify the art at issue while maintaining the anonymity of the parties.

The court additionally provides for mediation by experienced mediators with backgrounds in art law.

Q. Do you have any advice for students or attorneys interested in pursuing a career in this area of law?

A. Study your civil procedure and the Uniform Commercial Code! The art market is largely unregulated and, as a result, these kinds of codes of general application typically govern.

And also, consider alternative dispute resolution before going to court.

When Less Is More: How Harnessing the Power of Subtraction Can Add to Life END_OF_DOCUMENT_TOKEN_TO_BE_REPLACED