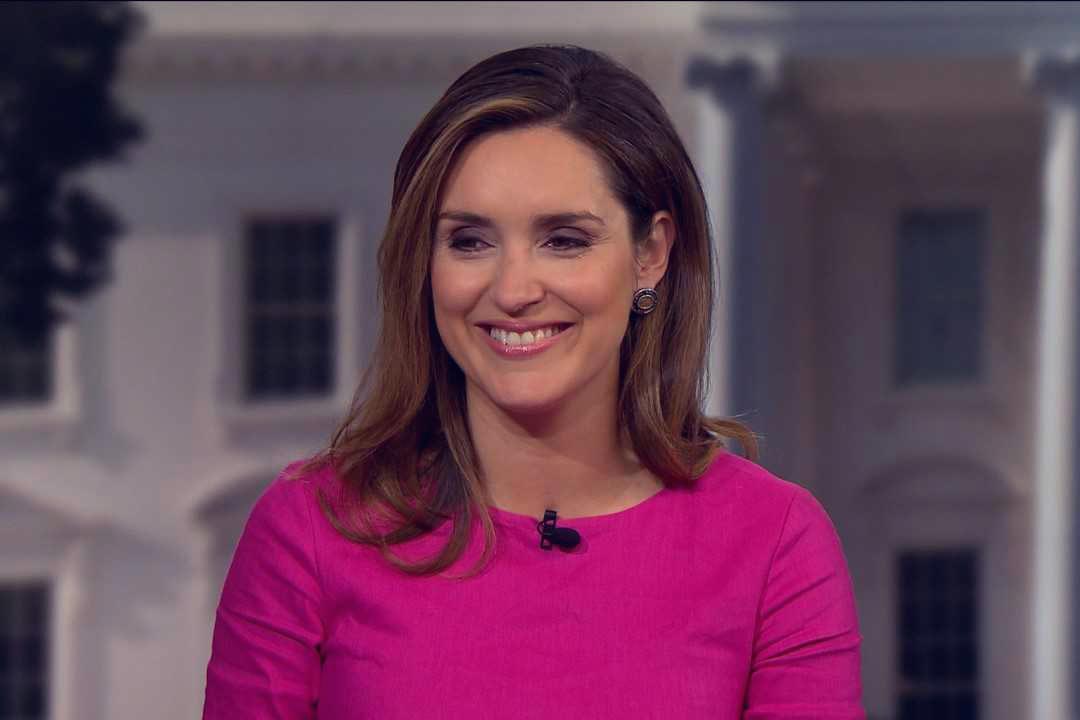 CBS’s “Face the Nation” has welcomed another ‘Hoo to the anchor chair.

2002 University of Virginia graduate Margaret Brennan was announced Thursday as the new moderator of the Sunday morning public affairs show, which the New York Times termed “one of the most influential venues in American politics.” Her first show was on Sunday.

She fills the chair vacated by fellow alumnus John Dickerson, who helmed “Face the Nation” before joining “CBS This Morning” in January.

Brennan, who will also continue her role as CBS’s senior foreign affairs correspondent, is the show’s only moderator and the only woman currently working as a solo anchor on major Sunday political shows. Like Dickerson before her, she will interview major players in American politics and analyze the key political debates capturing the nation’s attention.

The veteran journalist, who has worked with CBS since 2012, has many such interviews under her belt already. She has covered the White House since 2016 and interviewed several officials in the executive branch, including an at-length feature with Secretary of State Rex Tillerson that aired on CBS News’ 60 Minutes.

A foreign affairs and Middle Eastern Studies major who spent one of her UVA semesters studying Arabic in Jordan as a Fulbright-Hays scholar, Brennan has also covered several important international stories for CBS. Among them are reports on nuclear negotiations with Iran, chemical weapons usage in Syria and ongoing tensions with North Korea.

We spoke with Brennan after her first show to hear more about her new role.

Q. What are you most looking forward to as you join “Face the Nation”?

A. We have a great team of people on “Face the Nation,” and I am looking forward to settling in with the producers and talking through what kinds of things we want to do. It’s a great program with such an amazing history. For me, having been in the relentless news cycle that comes with being a White House correspondent, this is also an opportunity to take a deep breath, look at the bigger picture and focus on the most important issues. The constant 24-hour churn of news can get overwhelming for viewers and a weekly show like ours is an opportunity to break out of that a bit and really spend time digging into issues and getting some perspective.

For example, in my first show on Sunday, we had an in-depth discussion on gun violence with a panel of survivors from several recent shootings. It was a really nuanced conversation around an issue where too often, people just flee to their corners and refuse to listen to each other. That is the kind of thing that I am really excited about doing on “Face the Nation” – really digging deep into these critically important issues and topics.

Q. You’re taking over from John Dickerson, another UVA graduate. Have you all compared notes on your time at UVA? Is this job only available to Wahoos?

A. [Laughing] Our executive producer, Mary Hager is also a UVA grad, so there certainly seems to be a great tradition of having ‘Hoos on the set. I have spoken to both John and Mary about their UVA ties and, because I serve on an alumni advisory board, I’ve brought them into some UVA events. All of us share an excitement and interest in politics, in why things happen, why things change and what those changes mean and I think some of that interest can be traced back to UVA, which is so steeped in history.

Q. What is the role of a show like “Face the Nation” in improving the fraught state of our political discourse?

A. Any journalist these days will tell you that they have been thinking a lot about that question and the role of the work we are doing. It’s something I have talked about a lot in the past year, particularly since the president was inaugurated. There has just been so much news and so much scrutiny. Amid all of that, I think we really need to get back to our roots as journalists – getting to the closest version of the truth, focusing on the issues and not getting distracted by the many shiny objects out there.

I have a book of Thomas Jefferson quotes in my office and one that has always stood out to me is his idea that “information is the currency of democracy.” Journalists should not insert themselves into the story or let themselves get distracted from their real mission, which is focusing on what matters to the American people, getting them the information that they need to know and examining the fundamental causes and influences behind each issue.

Q. What types of stories are you most excited to take on?

A. These days, when you begin the week on Monday, it’s really hard to know where the news cycle will be on Friday. That being said, I want to make sure that we keep a really broad array of stories. I don’t want to be too “inside the Beltway” – I want to help our viewers take a step back and see how everything connects.

I have covered global markets, the economy, foreign policy and domestic politics and I see so many of these stories as intertwined. I don’t want to keep things siloed off, or just have Democrats and Republicans yelling at each other. I want to focus on engagement, conversation and civil discourse – it may not sound sexy, but that really is our show’s brand. We have an opportunity to stay focused on the most important issues and give context around them.

Q. You have a strong background in foreign affairs, begun during your time at UVA. How will that background shape your approach to this role?

A. I want to keep national security and foreign policy part of the conversation, not only because it is personally interesting to me, but because it is important, as a country, to ask questions about how we want to use our military and how we are enacting our values in our foreign policy. As one example, we spent a lot of time Sunday talking about suspected chemical weapons attacks in Syria. I think all of us feel compelled by the humanitarian aspect of what is happening there, but there are also concerns about the consequences of intervening or not intervening. We need to keep having those conversations.

I studied foreign affairs at UVA and minored in Arabic. As a student and as a journalist, I have always been fascinated by moments of change or social movements. Why do these things happen? Where did one path diverge from another? Why? That has always interested me in history, politics and also in storytelling, whether I am reporting on the Middle East or on the student protestors who are changing our national conversation after the shooting in Florida.

Q. What advice do you have for students starting out in journalism?

A. While I did not specifically study journalism at UVA, the ability to analyze and dig into topics, as I did in my foreign affairs major, is critical. Those are the same fundamental principles that you will bring to any story you report. All of the analysis, the thought processes and the skills that you pick up when you write that paper for class each week will help you in the real world.

You also have lots of opportunities at UVA and afterwards to ask questions of smart, informed people and get their advice. Do that as much as you can. Try to understand their experiences and what skills were most useful for them. I benefitted from a lot of advice early in my career and I always try to talk to people as they are starting out now.

Finally, my study abroad experience at UVA was really formative. I spent a summer at a university in Jordan, and it was incredibly eye-opening. It truly changed the course of my career. That first-person experience really helps you see what you learn in the classroom in a different light, process everything around you and put it in real terms. That is something you will be forced to do constantly in journalism. Having that experience on the ground is invaluable.

A Year We Will Never Forget: 2019-20 in Review END_OF_DOCUMENT_TOKEN_TO_BE_REPLACED

‘What Will You Carry With You?’ Remarks From UVA President Jim Ryan END_OF_DOCUMENT_TOKEN_TO_BE_REPLACED