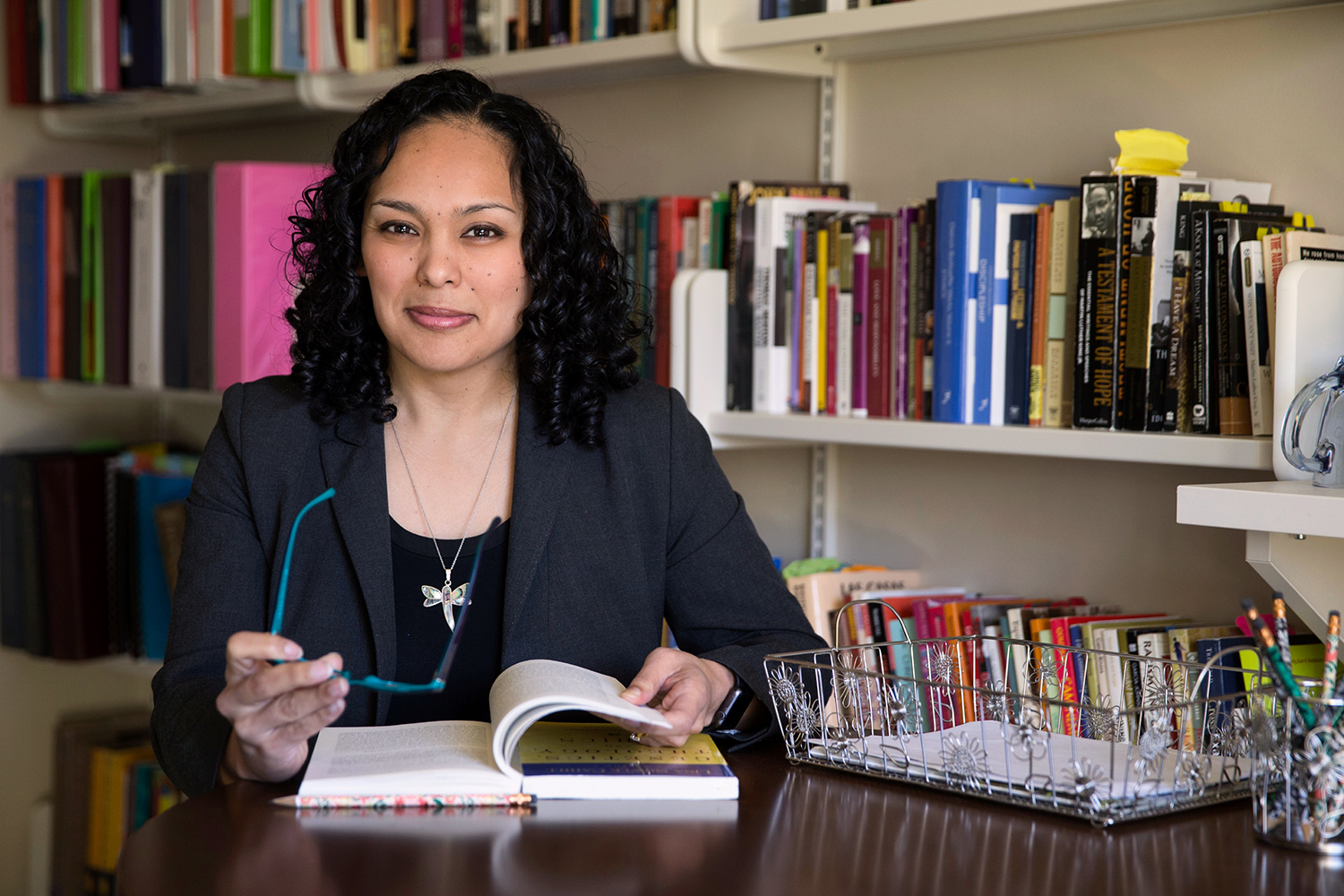 Last week, Pope Francis announced a new commission that could pave the way for women to serve as deacons in the Roman Catholic Church, which currently mandates an all-male clergy.

For University of Virginia Assistant Religious Studies Professor Nichole Flores, the announcement was an exciting step in ongoing debates about female leadership in the Catholic Church, which she has followed closely as both a theologian and a Catholic woman.

“I think it is really important to have this conversation, because I believe that you need to do the work to engage the tough questions before arriving at a definitive answer,” Flores said. “One of the challenges of being in a church that is fairly polarized on these issues is that there is not often a space to talk about the tough topics. At the very least, this commission is one forum where a more official conversation can happen.”

The commission’s six men and six women will study the possibility of ordaining women as deacons – clergy members who undertake ministerial duties like officiating at baptisms or weddings and preaching homilies, but who cannot perform sacraments reserved for priests, like officiating Mass, hearing confessions or anointing the sick.

UVA Today met with Flores to learn more about the history behind the debate and the potential social and political impact of the commission’s conclusions.

"Formalizing the social justice work Catholic women are already doing in a diaconal role could fuel the larger renaissance that has come with Pope Francis’ commitment to making the church more open; what he has called a 'field hospital' dedicated to ministry to those in greatest need." -- Nichole Flores, Assistant Professor of Religious Studies

Q. What is the precedent for female leadership in the Catholic Church?

A. Women have always had some form of leadership in the church, both in New Testament Christianity and throughout what Christian theology calls “salvation history.” The most obvious example is Mary of Nazareth, who played an indispensable leadership role of service and ministry. Catholic women also have a long tradition of social leadership and service, whether as nuns, mystics, theologians, liturgists or social advocates.

The word “deacon,” derived from Greek, simply means to serve, minister to or to serve at the table. So, women’s leadership through church history and today has been definitionally diaconal; women have always been engaged in ministries of service.

A. Both within Catholicism and broader Christianity, deacons cannot perform certain sacraments, but typically have a broader mission of social service than priests do. Women already do that service, so the commission must decide if that work warrants ordination – the sacrament of orders conferred on deacons, priests and bishops in the church.

Q. What can history tell us about the role of female deacons?

A. Female deacons are mentioned a few times in the Bible. A prominent reference is Romans 16:1, when Paul writes, “I commend to you our sister Phoebe, a deacon of the church in Cenchreae.” The question, for some, is if the term is a description of the service work Phoebe was doing or an indication that she was formally ordained to such service.

Many other Christian denominations have interpreted Paul’s comment as a sign that women can be called to the ordained diaconate.

Q. What are arguments in favor of female deacons?

A. Scholars like Phyllis Zagano, a professor at Hofstra University and one of two Americans on the papal commission, have done careful historical work finding examples of ways that women have worked as deacons. Many Catholics see this as a really exciting opportunity to formally and sacramentally acknowledge work that Catholic women are already doing and have already done. The work of women in the church around the world is crucial, and there is so much that the Catholic Church does that could not be done without the time and energy that women invest.

Q. What are arguments against the change?

A.  There is debate about the role of the diaconate in general and if women could be included in that. Most biblical instruction about the diaconate seems directed to men. For example, 1 Timothy 3:12 says that a deacon must be faithful to his wife and must manage his children and his household well. There is a sense that the deacon is a male head of household, but there is no specific teaching that deacons must be men.

Another argument, also used against the idea of women priests, is that the first-century ministry was comprised of men. Of course, this is arguable, since we are debating women like Phoebe and their role. However, if it is true that only men were ordained in the early church, many see that as an argument that ordination can only be conferred upon men since Christ would have intended to set up his church in this way.

Q. What is the social and political significance of the new commission?

A. Formalizing the social justice work Catholic women are already doing in a diaconal role could fuel the larger renaissance that has come with Pope Francis’ commitment to making the church more open; what he has called a “field hospital” dedicated to ministry to those in greatest need. A larger, more active and more robust diaconate could also tremendously impact mission work with the poor or dispossessed.

On the other hand, some Catholics already feel put out by the way that Pope Francis has approached his papacy. Some argue that Francis is not necessarily taking the teachings of the ancient church seriously or playing a bit too fast and loose with those teachings. The creation and work of the commission could alienate those who believe that the tradition to which they are committed is eroding.

Q. How does the creation of the commission reflect wider trends within the modern Catholic Church?

A. I think it is part of a larger pattern of exploring questions that have been on the margins of church conversation for a long time. It also indicates Pope Francis’ commitment to key themes from the Second Vatican Council in the 1960s, which aimed to make the church more fully present in modern life. That council also emphasized the importance of using texts and sources from the early church to breathe fresh air into debates and foster a vibrant engagement with tradition, rather than just stuffy traditionalism.

Debate around female deacons could also significantly impact areas of the Global South, like Latin America. Pope Francis is the first South American pope, and he shows a deep cultural and theological affinity for Latin America. In rural Latin America, there is already a shortage of ordained priests and a lot of spiritual leadership has been taken up by women. It will be interesting to see how the commission’s findings impact such communities.

Q. Is this any indication that the Catholic Church could eventually change its stance on female priests?

A. Pope Saint John Paul II famously declared that conversation closed, yet the question endures. Regardless of this commission’s decision, it will continue to endure.

Many Catholics believe that there is no sufficient theological or spiritual warrant to prohibit women priests, but many others are alienated by that possibility. To me, that conversation is intertwined to the idea of female deacons, but ultimately separate.

This commission’s decision, however, could certainly give momentum to one side or the other in that larger debate.

At UVA, There Is a Club for Everyone END_OF_DOCUMENT_TOKEN_TO_BE_REPLACED