Q&A: What It’s Like to Work for C-SPAN During Impeachment Proceedings 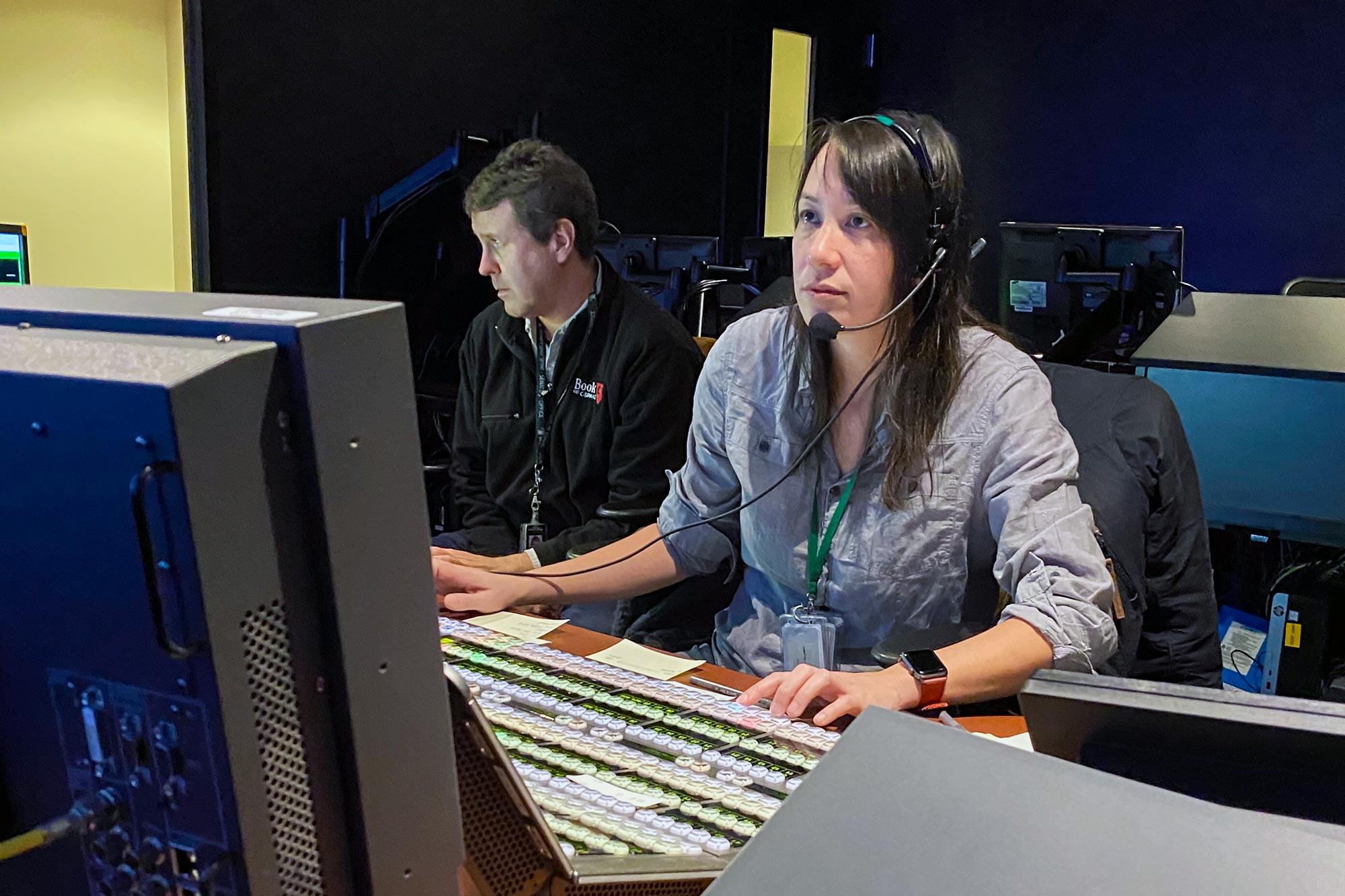 Each evening around 7 p.m., Kristina Buddenhagen receives her assignment for the next day. It might include a confirmation hearing for a Supreme Court justice, a routine committee hearing or, far rarer, a state funeral.

It might even include impeachment proceedings against the president of the United States.

Buddenhagen, who graduated from the University of Virginia in 2004, is a field operations technician for C-SPAN, where she has worked for 10 years. C-SPAN’s technicians operate in rotating teams, meaning that each of them must know how to operate the cameras, set up lighting and audio, or direct the production.

Unlike major news networks, they cover Congress not just on big news days, but day in and day out, working to provide a nonpartisan historical record of everything that happens in America’s legislative body. Some weeks, Buddenhagen acknowledges, are routine. But then there are weeks like this one, where C-SPAN’s feed is suddenly a focal point for the country and the world.

“I think people are starting to realize how important C-SPAN is, as a nonpartisan news source and a public service,” said Buddenhagen, who was an anthropology and archeology student at UVA. “We are creating a historical record and it’s been cool to see more people realize that.”

We spoke with Buddenhagen Tuesday morning as she started her day in the Senate cafeteria to find out more about the behind-the-scenes work that goes into covering history.

Q. How do you approach covering something like the impeachment trial?

A. For the Senate trial, we do not have direct access to the Senate floor; there are only Senate cameras filming, capturing the shots you see on television. It is actually pretty rare to have any other cameras on the Senate or House floor – we only go in on special occasions, like the first day of a new Congress.

So, for the Senate trial, we are airing footage from the Senate cameras as well as footage of the chief justice and the senators entering and leaving. We also cover press conferences or other events that might come up around the trial.

We had more access to the House impeachment hearings, because they took place in a committee setting. It was like a regular hearing times a thousand. We followed the same general formula and our mission, as always, was to follow every development live and create a historical record. Unlike, cable networks, we do not have reporters, narrators or scripts. It’s completely unbiased, just showing what happens.

For the impeachment hearings, we used between seven and nine cameras each day, including a roaming camera outside, a roaming camera inside, a high, wide camera to give that perspective shot, and cameras focused on the witnesses. We did more graphics than normal, which allowed us to show the witness and the congressperson questioning them side-by-side, so that viewers could see their expressions at the same time.

We also served as the pool camera, which meant that every news network relied on our camera feed to supply them with footage. That creates a lot of pressure, and there was a lot of planning and preparation to make sure everything went smoothly.

“I hope people are starting to see how important it is to document everything from beginning to end, in an unbiased way.”

Q. Covering these events, what have you found most interesting?

A. It’s certainly brought a lot of attention to C-SPAN. Most people in [Washington] D.C. know C-SPAN and are aware of our coverage, but that’s not the case for the country as a whole. Now, though, our footage is on the networks and on late-night shows like [“Saturday Night Live”] every night.

I’m glad, because I think C-SPAN is a really important public service. I hope people are starting to see how important it is to document everything from beginning to end, in an unbiased way.

Q. Having worked at C-SPAN for a decade, what are some significant moments that stand out to you?

On the day that Christine Blasey Ford testified, the committee requested that we have no manned cameras, only robotic ones. [Ford, a psychology professor and researcher, accused Kavanaugh of sexually assaulting her when they were teenagers in widely watched 2018 testimony.] My job that day was to sit in the hearing room and be available to troubleshoot in case something went wrong with one of the robotic cameras.

I sat to Christine Blasey Ford’s right, just out of the frame, while she testified. Hearing her testify is something I will always remember; the emotion in the room was unlike any other hearing I have ever seen.

Q. Have you covered events outside of Congress?

A. I have! C-SPAN sends crews to the White House every day, so I have covered press conferences and various public events there.

We also cover presidential elections, and I have been through two election cycles now, following candidates around. I will be going to New Hampshire next Thursday, ahead of the primary elections there.

We also cover state funerals. I was the technical director for Rep. Elijah Cummings’ state funeral, and directed coverage of Justice Antonin Scalia’s funeral in 2016, as well as coverage of Rev. Billy Graham when he lay in state in the Capitol.

Q. How did you get into this work?

A. Kind of by accident. UVA did not have a media studies program until my last year there, and by that point I was already majoring in anthropology and archeology. I knew I was interested in working in film, though, and I took a job doing live close captioning for the National Institutes of Health. That led to a job with National Geographic, where I catalogued footage to be sold.

The project I was on at NatGeo shut down, and I also realized that I didn’t want to be cataloguing other people’s footage – I wanted to be making my own. I started taking classes at my local cable access station and shooting and directing for local filmmakers for free. I also volunteered at the Kennedy Center, for their Millennium Stage program that offers free performances every day. That was great, because I learned how to artistically shoot dance, bands and so many other things. I was working for free, but I was learning a lot on the job and I hoped it would eventually lead to a full-time opportunity.

I saw the technician job opening at C-SPAN and, even though I really only knew C-SPAN from watching in high school government class, I decided to apply. I was fortunate to be hired, and 10 years later, I am still here and loving it.