Q&A: This Year’s Community Bridges 5K Benefits Another Great Cause 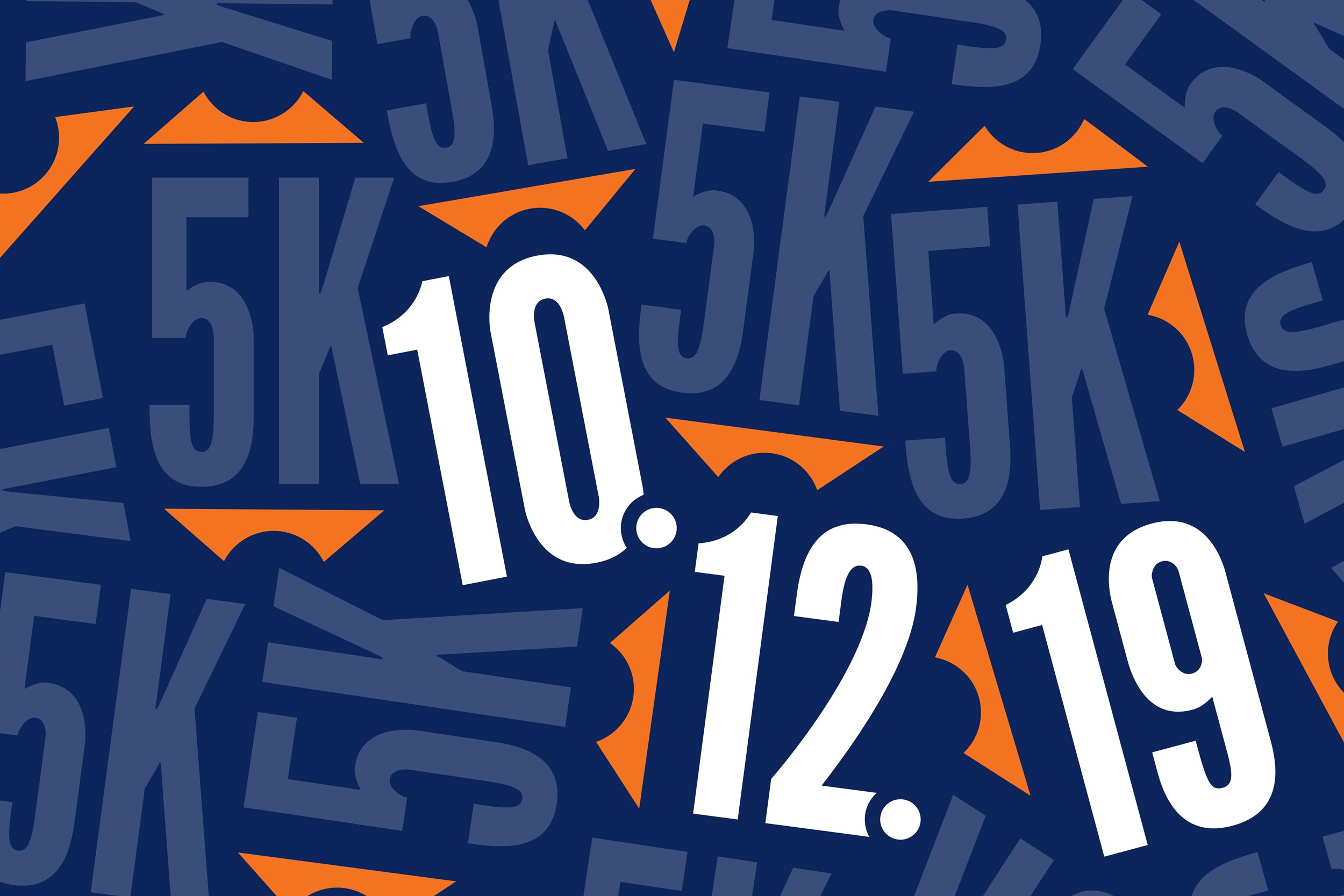 The day after Jim Ryan was inaugurated as the ninth president of the University of Virginia last fall, thousands of runners and walkers joined Ryan and his wife, Katie – both avid runners – for the inaugural Community Bridges 5K Run/Walk, crossing three bridges that connect UVA to surrounding neighborhoods and Charlottesville’s Westhaven public housing area.

The event was such an overwhelming success that it’s happening again.

Registration is underway for the second annual race, which starts Oct. 12 at 8 a.m. at UVA’s Chemistry Building on McCormick Road. This year’s event will benefit four Charlottesville-area affordable housing groups: the Albemarle Housing Improvement Program, Habitat for Humanity of Greater Charlottesville, the Charlottesville Public Housing Association of Residents and the Piedmont Housing Alliance.

Each registration fee ($20 for adults; $15 for students/children under 18) includes a donation to each of the organizations and a short-sleeved 2019 race T-shirt. 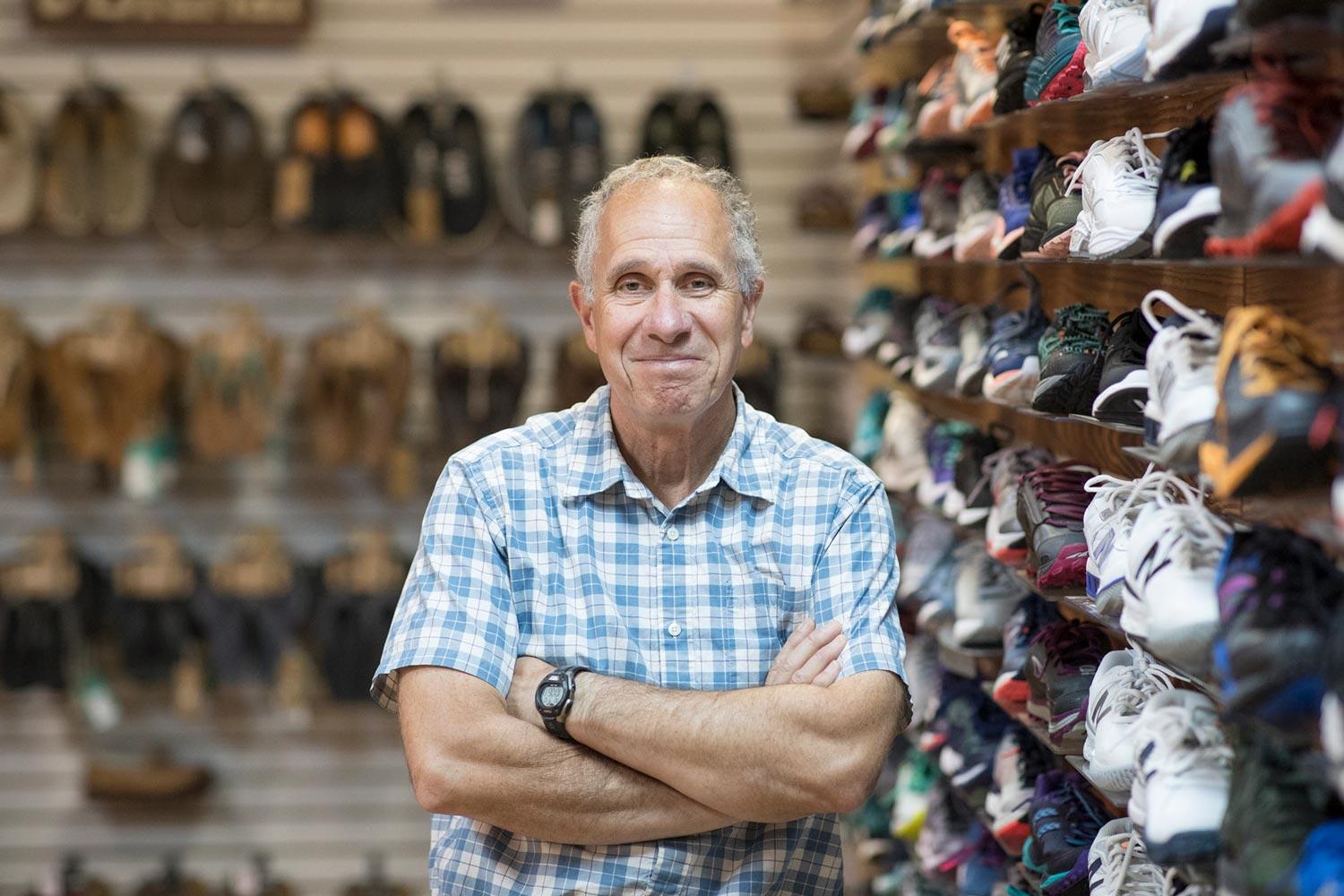 Last year’s event, which raised $25,000 for Charlottesville’s Center for Nonprofit Excellence, had more than 1,600 participants, including both runners and walkers.

“It was the largest debut run we’ve ever had in the history of this town, which is saying something because we have 80 races a year,” said Mark Lorenzoni, the owner of Ragged Mountain Running Shop, who also participates in Ryan’s UVA-Community Working Group and helped organize last year’s event. “Usually a race has to be around for six, eight years before it goes into the top three.

“It was a euphoric, celebratory feeling.”

UVA Today caught up with Lorenzoni to learn more about this year’s race.

Q. What kind of feedback did you get from community members after last year’s race?

A. It was overwhelmingly positive. Folks really loved it. They loved the course. And people were so excited about President Ryan becoming our next UVA president. There was a tremendous outpouring of support the day of the event from the University community, especially the faculty. We had full departments come out – 50, 60 people. That was overwhelming.

And the locals came out because they really wanted to show their support. The whole event just had a euphoric feel about it.

This year is going to be way bigger. President Ryan has way more Twitter followers – it’s not Beyonce-level, but it’s way up there [laughing]. People want to be around him because of his amazing positivity.

A. When Paul Ereng, the former Olympic gold medalist, presented President Ryan with a gift during the awards ceremony on stage. It was a Kenyan chief warrior’s blanket that he had received from one of the chiefs in the traditional Kenyan tribes. 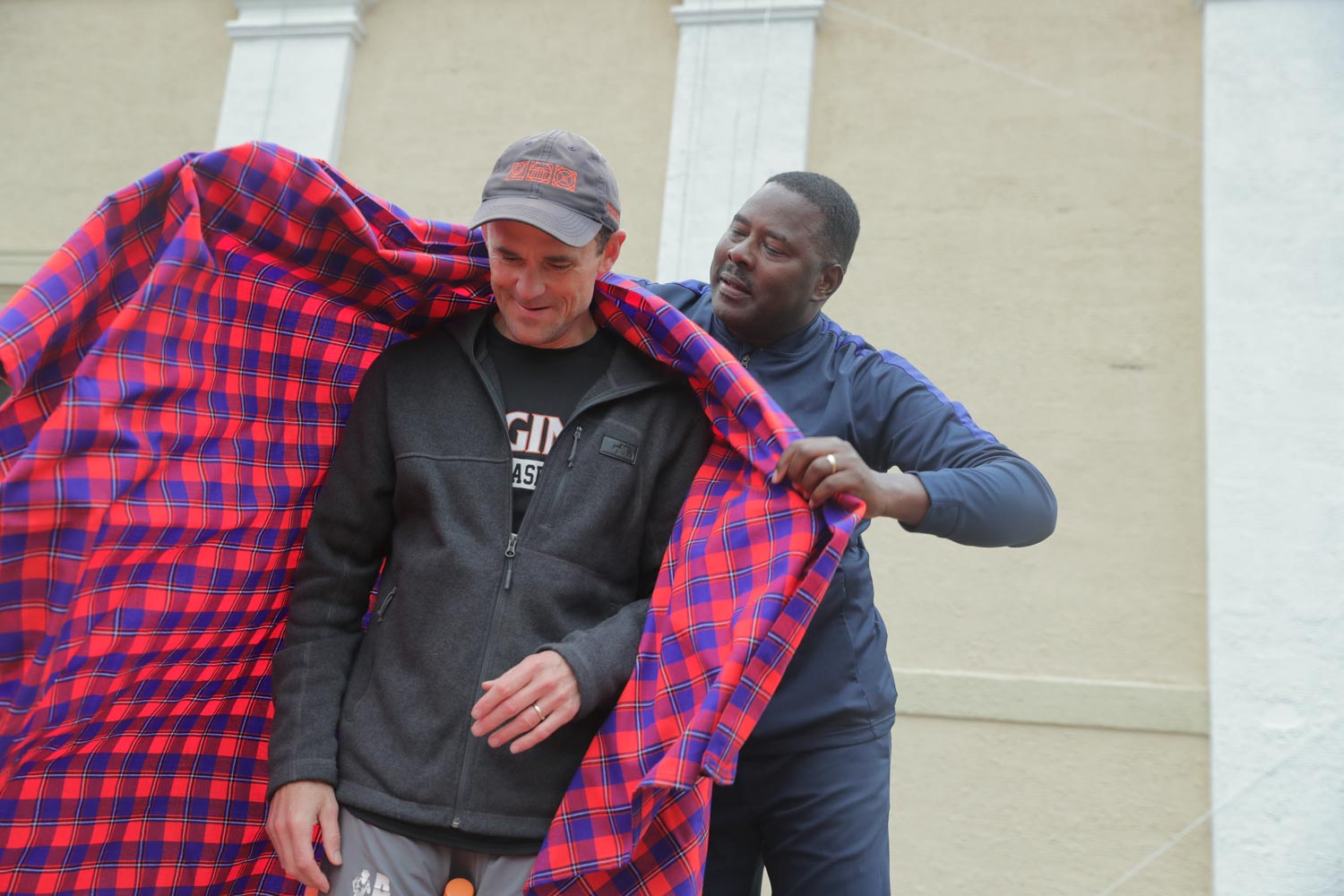 He gave a speech in the amphitheater about what the role of a chief warrior is in Kenyan culture and talked about how the Kenyan chief warrior is there to protect the people in need – the poor, the hungry, the weak. He said, “I would like to put this blanket around you.” He wrapped this beautiful blanket around President Ryan’s shoulders and said, “You are now the chief warrior, President Ryan. Here is your power to protect. Go out and take care of the people.” There wasn’t a dry eye. The whole moment was so magical.

Q. How much money was raised and which specific organizations will be the beneficiaries this time around?

A. This is a unique event in that there are no sponsors other than the University. We didn’t want to get into any of that. We wanted to make it a true community event and devoid of commercialism. This is 100% UVA’s gift back to the community.

Last year, the $25,000 proceeds were put right back into the Center for Nonprofit Excellence, which has 270 not-for-profit companies that the money trickled down to on some level.

When President Ryan said, “Let’s do the run again this year,” it was decided that the money should go to four affordable housing groups in the community – Albemarle Housing Improvement Program, Habitat for Humanity of Greater Charlottesville, the Charlottesville Public Housing Association of Residents and the Piedmont Housing Alliance. All are nonprofit organizations that are working to create affordable housing and making an impact in our community.

Q. What else should people who are thinking about participating this year know?

A. Come be a part of this celebration. If you feel like you can’t run it, come out and walk it. This year, we want to see our walking numbers go up. People say, “I would love to do that, but it’s only for running.” No, it’s not. It’s three miles – you can come out and walk it.

And if folks can’t afford it, no worries. It’s on the house. We want as many people out there on foot as possible. One of the overriding goals of the event is to celebrate community. That’s the big thing.

(If you wish to participate but cannot afford the registration fee, contact charlottesvilletrackclub@gmail.com.)

What Is the ‘4th Side’? END_OF_DOCUMENT_TOKEN_TO_BE_REPLACED