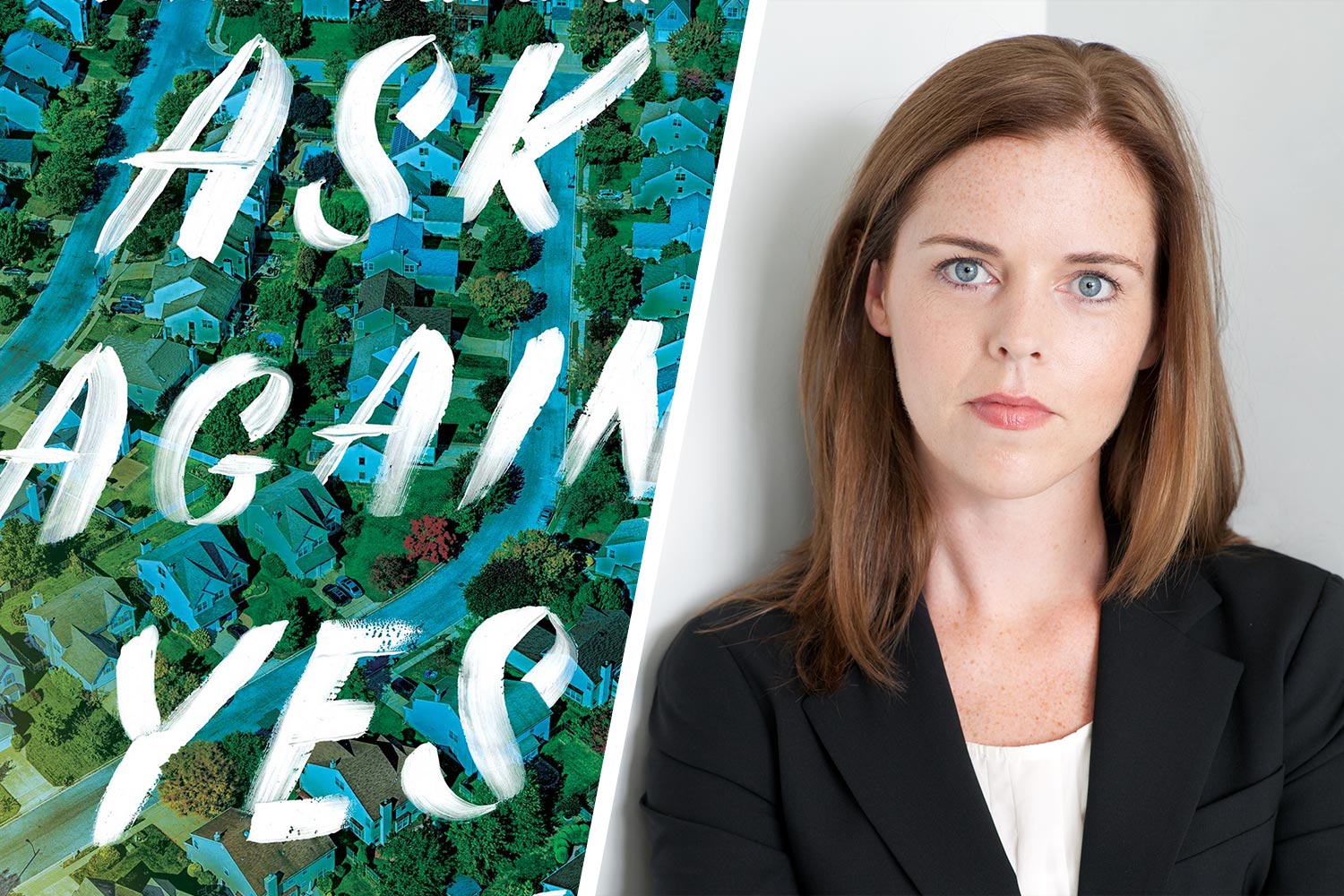 “The Tonight Show” host Jimmy Fallon asked viewers to vote for one of five recent novels as the summer read for his book club, and the latest offering from University of Virginia alumna Mary Beth Keane, “Ask Again, Yes,” won with 50% of the votes. Fallon announced the winner Thursday night.

On the show, Fallon said the nominees received close to a million votes.

“The Tonight Show” website provides links to follow Fallon on social media as he reads and converses about the novel along the way. Readers can join the discussion using #TonightShowSummerReads.

“We will be checking in to give feedback on the book, answer questions and hear what you have to say about it,” the website says. The author will appear on the show Aug. 15.

Keane said she found out her book was one of the finalists from her editor at the Scribner publishing house.

“We could see the percentages throughout [voting ended Wednesday], so we felt confident we’d won, but nothing was official until Jimmy said it on the show. So I was waiting and anticipating along with everyone else,” Keane wrote in an email.

“What an amazing thing to have happen! It means more people out there will read this book,” she wrote. “I worked so hard on this book for four years. I wish there could have been a way to know all of this when I was struggling with it.”

1 of 2: I can barely comprehend this. I owe a MASSIVE thanks to my friends and family who kept voting, who roped THEIR friends, family, coworkers, neighbors into voting. Thx to the booksellers and book clubs all over the world that hosted voting parties. #TonightShowSummerReads https://t.co/1FwYJNTrom

Keane, who earned her M.F.A. in 2005 from the UVA English department’s Creative Writing Program, is also the author of “The Walking People” and “Fever.” The latter is currently being developed as a mini-series on BBC America, starring Elisabeth Moss as the woman who came to be known as “Typhoid Mary.”

“Ask Again, Yes,” Keane’s third novel, has already been named one of May’s best by Barnes & Noble, a June Book of the Month Club and Indie Next pick, a Goodreads “Hottest Reads of Summer” pick, and was on the New York Times bestseller list. It has received a slew of favorable reviews. Maureen Corrigan on NPR’s “Fresh Air” called it “one of the most unpretentiously profound books I’ve read in a long time … modestly magnificent.”

In 2011, Keane was named one of the National Book Foundation’s “5 under 35,” and in 2015 she was awarded a John S. Guggenheim fellowship for fiction writing. The daughter of Irish immigrants, she currently lives outside New York City with her husband and their two sons.

The publisher describes “Ask Again, Yes” as “a profoundly moving novel about two neighboring families in a suburban town, the friendship between their children, a tragedy that reverberates over four decades, the daily intimacies of marriage, and the power of forgiveness.”

Grab your copy of the winning #TonightShowSummerReads book Ask Again, Yes by @marybethkeane and read along with Jimmy. Link in bio for details!

In Memoriam: Life of Drama Professor To Be Honored Sunday END_OF_DOCUMENT_TOKEN_TO_BE_REPLACED