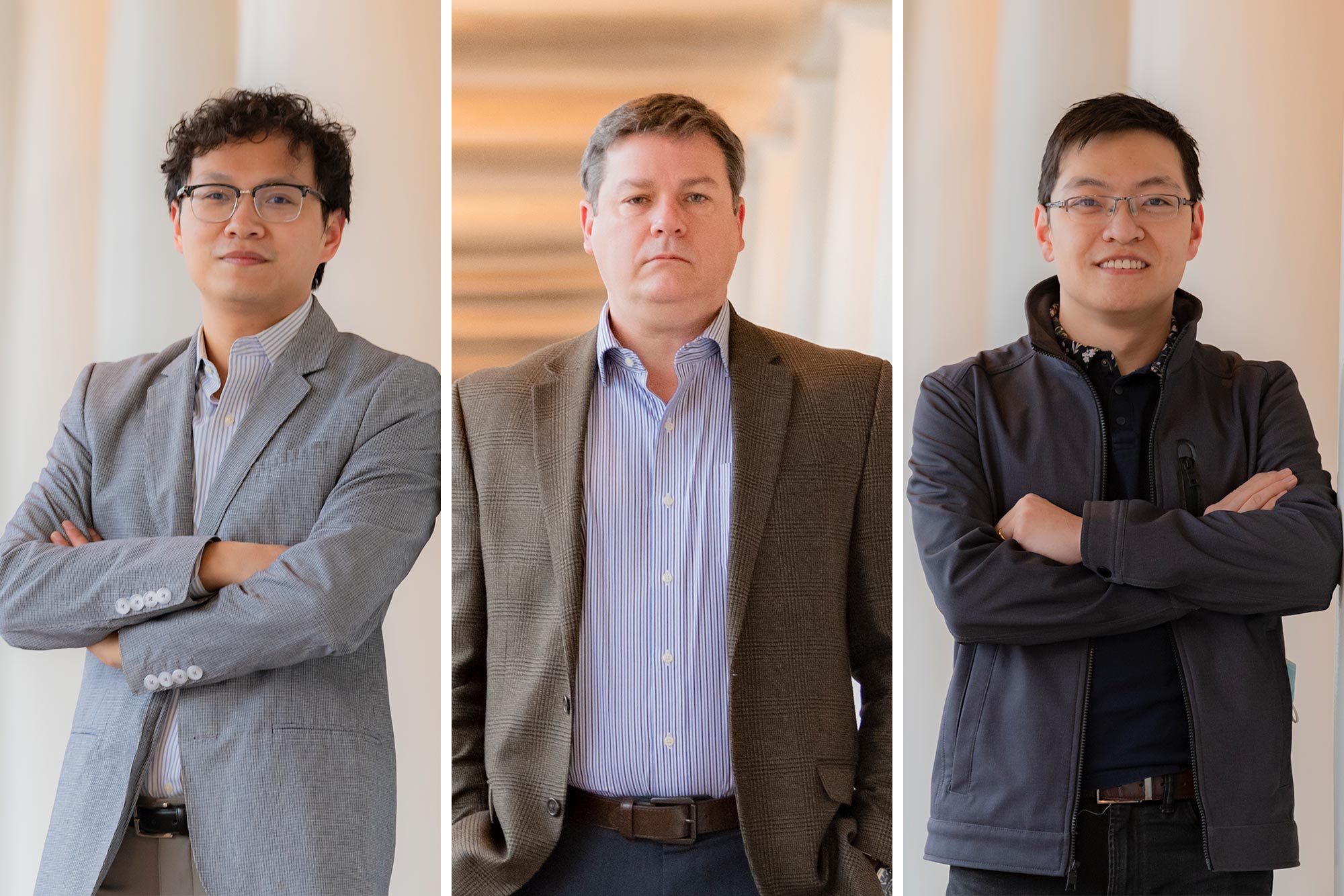 By some estimates, the amount of solar energy reaching the surface of the Earth in one year is greater than the sum of all the energy we could ever produce using non-renewable resources.

The technology necessary to convert sunlight into electricity has developed rapidly, but inefficiencies in the storage and distribution of that power have remained a significant problem, making solar energy impractical on a large scale. However, a breakthrough by researchers at the University of Virginia, California Institute of Technology and the U.S. Department of Energy’s Argonne National Laboratory, Lawrence Berkeley National Laboratory and Brookhaven National Laboratory could eliminate a critical obstacle from the process – a discovery that represents a giant stride toward a clean-energy future.

One way to harness solar energy is by using solar electricity to split water molecules into oxygen and hydrogen. The hydrogen produced by the process is stored as fuel, in a form that can be transferred from one place to another and used to generate power upon demand. To split water molecules into their component parts, a catalyst is necessary, but the catalytic materials currently used in the process, also known as the oxygen evolution reaction, are not efficient enough to make the process practical.

Using an innovative chemical strategy developed at UVA, however, a team of researchers led by College and Graduate School of Arts & Sciences chemistry professors Sen Zhang and T. Brent Gunnoe have produced a new form of catalyst using the elements cobalt and titanium. The advantage of these elements is that they are much more abundant in nature than other commonly used catalytic materials that contain precious metals such as iridium or ruthenium.

“The new process involves creating active catalytic sites at the atomic level on the surface of titanium oxide nanocrystals, a technique that produces a durable catalytic material and one that is better at triggering the oxygen evolution reaction.” Zhang said. “New approaches to efficient oxygen evolution reaction catalysts and enhanced fundamental understanding of them are key to enabling a possible transition to scaled-use of renewable solar energy. 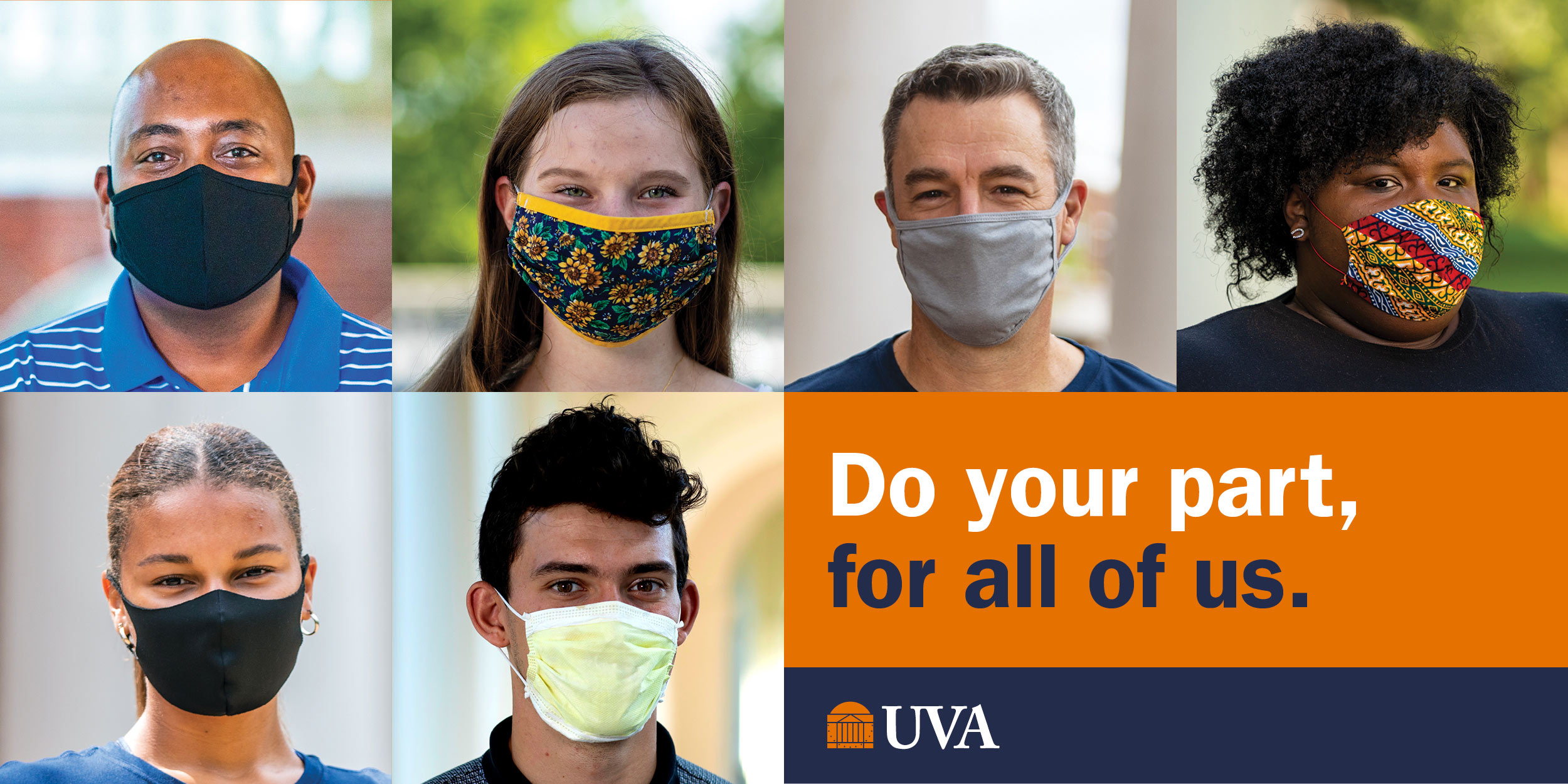 “This work is a perfect example of how to optimize the catalyst efficiency for clean energy technology by tuning nanomaterials at the atomic scale.”

According to Gunnoe, “This innovation, centered on achievements from the Zhang lab, represents a new method to improve and understand catalytic materials, with a resulting effort that involves the integration of advanced materials synthesis, atomic-level characterization and quantum mechanics theory.”

“Several years ago, UVA joined the MAXNET Energy consortium, comprised of eight Max Planck Institutes (Germany), UVA and Cardiff University (U.K.), which brought together international collaborative efforts focused on electrocatalytic water oxidation. MAXNET Energy was the seed for the current joint efforts between my group and the Zhang lab, which has been, and continues to be, a fruitful and productive collaboration,” Gunnoe said.

With the help of the Argonne National Laboratory and the Lawrence Berkeley National Laboratory and their state-of-the-art synchrotron X-ray absorption spectroscopy user facilities, which uses radiation to examine the structure of matter at the atomic level, the research team found that the catalyst has a well-defined surface structure that allows them to clearly see how the catalyst evolves in the meantime of the oxygen evolution reaction and allows them to accurately evaluate its performance.

“The work used X-ray beamlines from the Advanced Photon Source and the Advanced Light Source, including a portion of a ‘rapid-access’ program set aside for a quick feedback loop to explore emergent or pressing scientific ideas,” Argonne X-ray physicist Hua Zhou, a co-author on the paper, said. “We’re very excited that both national scientific user facilities can substantially contribute to such clever and neat work on water splitting that will provide a leap forward for clean energy technologies.”

Both the Advanced Photon Source and the Advanced Light Source are U.S. Department of Energy Office of Science User Facilities, located at the Energy Department’s Argonne and Lawrence Berkeley national laboratories, respectively.

Additionally, researchers at Caltech, using newly developed quantum mechanics methods, were able to accurately predict the rate of oxygen production caused by the catalyst, which provided the team with a detailed understanding of the reaction’s chemical mechanism.

“We have been developing new quantum mechanics techniques to understand the oxygen evolution reaction mechanism for more than five years, but in all previous studies, we could not be sure of the exact catalyst structure,” said William A. Goddard III, a professor of chemistry, materials science, and applied physics at Caltech and one of the project’s principal investigators. “Zhang’s catalyst has a well-defined atomic structure, and we find that our theoretical outputs are, essentially, in exact agreement with experimental observables. This provides the first strong experimental validation of our new theoretical methods, which we can now use to predict even better catalysts that can be synthesized and tested. This is a major milestone toward global clean energy.”

“This work is a great example of the team effort by UVA and other researchers to work toward clean energy and the exciting discoveries that come from these interdisciplinary collaborations,” said Jill Venton, chair of UVA’s Department of Chemistry.

Their research was supported by the National Science Foundation and the U.S. Department of Energy-funded user facilities.

What Is Biotechnology? Where Is It Headed at UVA? END_OF_DOCUMENT_TOKEN_TO_BE_REPLACED