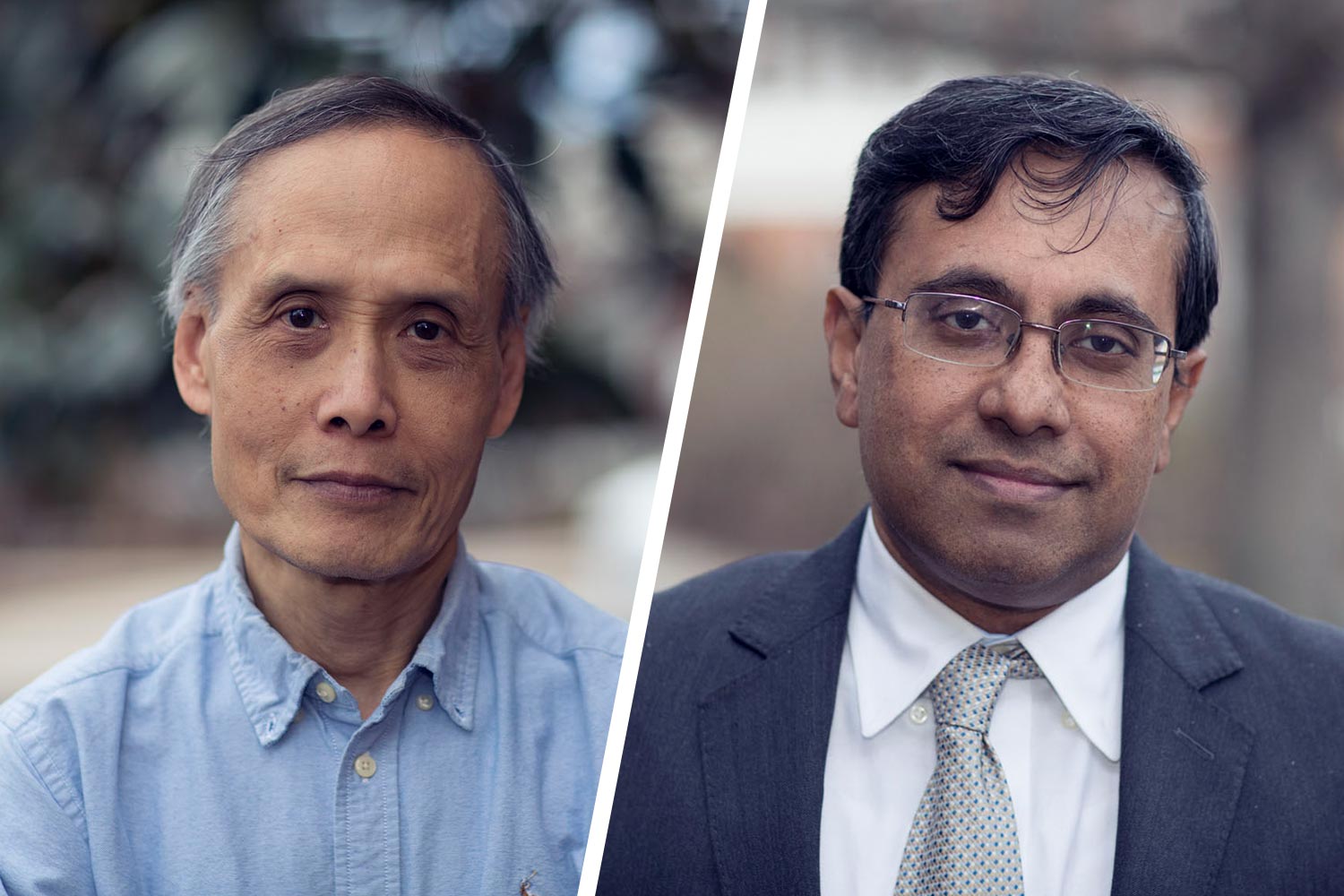 In a case of “smaller is better,” a team of University of Virginia researchers has received a $3.4 million grant from Defense Advanced Research Projects Agency with the goal to shrink computing memory bits to a nanoscale. 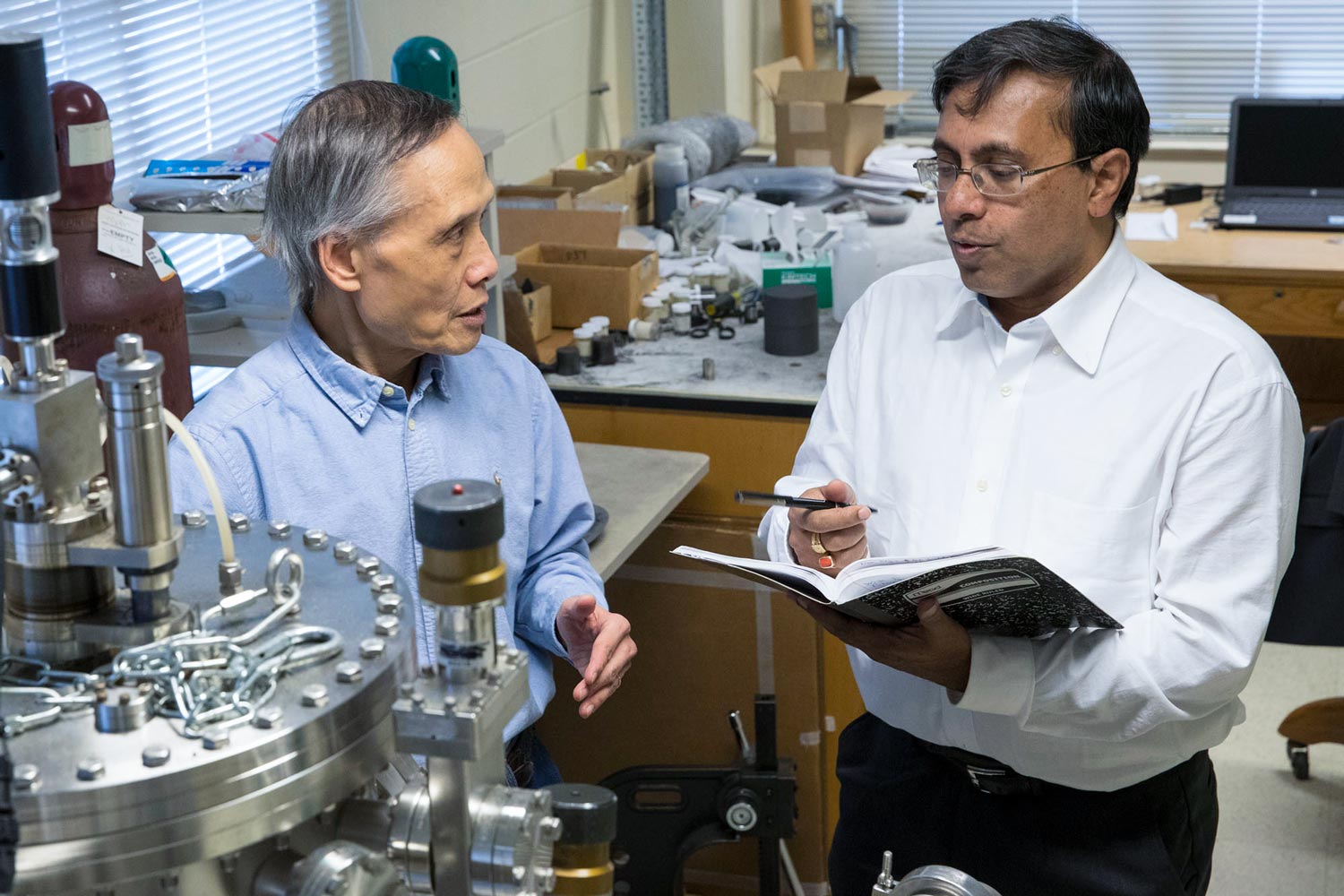 With recent engineering developments, solid-state computing systems have the potential to overcome limits faced by present electronic memory, digital logic and sensors. The engineers seek to employ skyrmions, objects in a magnet where the magnetic direction reverses itself spatially from inside to out.

“Imagine a circular region, outside which a lot of tiny magnets are oriented upwards, but then as we go into the circle, they start to turn until they point downwards at the center,” Ghosh said. “That would be one kind of skyrmion.”

“Once created and set in motion, a skyrmion is highly stable and its shape cannot be easily deformed, traveling nearly unimpeded in the magnetic sea like a solitary wave in the ocean,” Poon said. “In the physics terminology, skyrmions are ‘topologically protected’ objects. These robust features of skyrmions can be exploited in the next generation of nanoelectronics.”

The team will target design principles to engineer skyrmions – created by an applied magnetic field or by injecting a current – that are ultrasmall and fast, traveling kilometers per second, as well as low-powered and stable at room temperature.

“Each skyrmion can be used to encode a memory bit – absence or presence of the skyrmion at a read-head can signify a binary one or zero,” Ghosh said. “What makes the skyrmions exciting is that they can, in principle, be much smaller than natural defects and notches in the magnets, and thus circumvent these defects and move at high speed. This allows us to envision efficient, fast, non-volatile memory at low power.”

Non-volatile memory is the kind that doesn’t evaporate when the machine is turned off.

“The skyrmion encodes information as ‘ones’s – down spins – in a sea of ‘zeros’ – up spins,” Ghosh said. “The research focuses on creating, driving and reading these skyrmions with little current, making them small enough to bypass obstacles and move fast by engineering the material properties.”

“With some engineering, this could also be useful for ‘in-memory’ computing, where logic and memory are closely integrated, rather than current computers, where they are separate and need to ‘fetch’ operations between the two that slow down operation,” Ghosh said.

All this will not happen overnight.

“This requires material modeling to find the right composition of the magnetic alloys, micromagnetic modeling to understand their dynamics, thin film growth to build high-quality films with various ways to combinatorially tune parameters, ways to pattern devices around them, characterize their properties experimentally, and finally image them at these nanoscale resolutions using advanced imaging techniques that can unambiguously establish their reversed magnetization and topology, as well as their dynamics,” Ghosh said.

DARPA, which dates back to 1957 and the launch of the Soviet satellite Sputnik, is charged with making pivotal investments in breakthrough technology for national security and defense. The agency works with innovators in academic, corporate and governmental arenas and has helped produce game-changing military capabilities, such as precision weapons and stealth technology, but also such icons of modern civilian society such as the internet, automated voice recognition and language translation, and Global Positioning System receivers small enough to embed in myriad consumer devices.

When Less Is More: How Harnessing the Power of Subtraction Can Add to Life END_OF_DOCUMENT_TOKEN_TO_BE_REPLACED