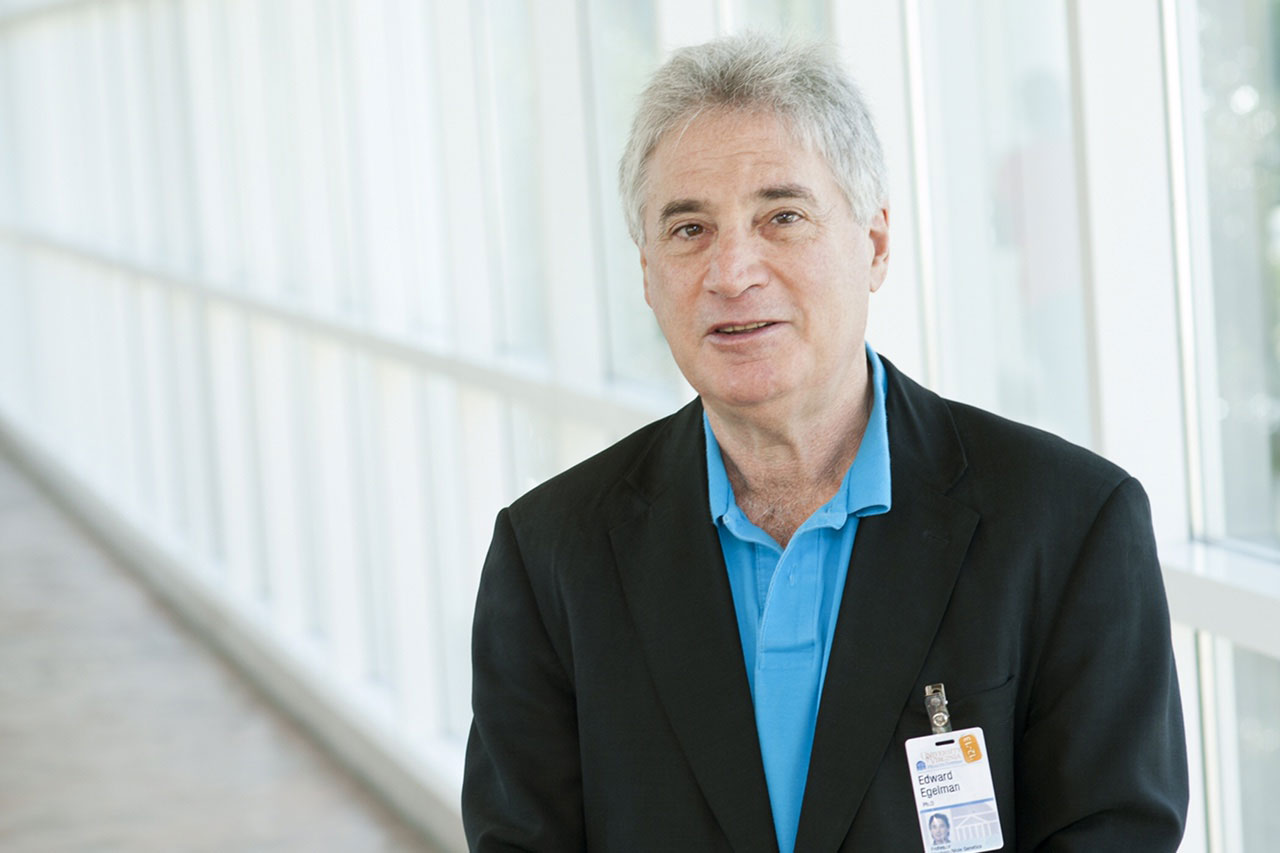 To establish an infection in the urinary tract, bacteria must be able to withstand the tremendous forces of urine flow so they’re not simply washed away. New research is giving scientists a remarkable view of a strange, spring-like shock absorber used by the most common cause of urinary tract infections to survive and thrive where other bacteria cannot. By better understanding how these bugs anchor themselves to the urinary tract lining, doctors will be able to devise new drugs and vaccines to stop them.

The bacterium, a form of E. coli, is responsible for up to 90 percent of urinary tract infections. It is so good at gripping because it lashes itself to the urinary tract lining using tiny tentacle-like appendages, known as pili, that are coiled tightly, like a spring. When enduring the fierce currents of urine flow, the coiled pili flex and bend like an old-fashioned telephone cord, letting the bacteria withstand their equivalent of a tremendous hurricane.

“If something is very rigid, it’s typically very fragile. That’s why airplane wings are meant to flap and skyscrapers actually bend in wind,” explained researcher Edward H. Egelman of the University of Virginia School of Medicine. “This thing goes much further than that – it doesn’t just bend, it completely uncoils, and that’s how it can survive these very large forces without breaking. That’s what we were able to show in atomic detail.”

Egelman, of UVA’s Department of Biochemistry and Molecular Genetics, has collaborated with colleagues at the UCL/Birkbeck Institute of Structural and Molecular Biology in the United Kingdom to produce the most detailed depiction of the pili ever assembled.

The London researchers performed submicroscopic imaging using a powerful cryo-electron microscope based at Diamond Light Source in Oxfordshire. Diamond’s eBIC (electron Bio-Imaging Centre) is a state-of-the-art facility that allows scientists to investigate and visualize the structure of individual cells and bio-molecules. With the insights provided by eBIC, Egelman was able to assemble the group’s results into a colorful portrait that has been impossible to create until now.

“These pili are important surface-exposed appendages that bacteria use to recognize and adhere to host tissues. They are also important in making bacterial biofilms,” said researcher Gabriel Waksman of UCL and Birkbeck College London. “The main challenge is that, until recently, there was no method to determine the atomic-resolution details of these appendages.

“However, recently, revolutionary progress in electron microscopy has changed that. We can now generate views of these pili at very high resolution, yielding unprecedented atomic details that shed light into the function of these pili.” 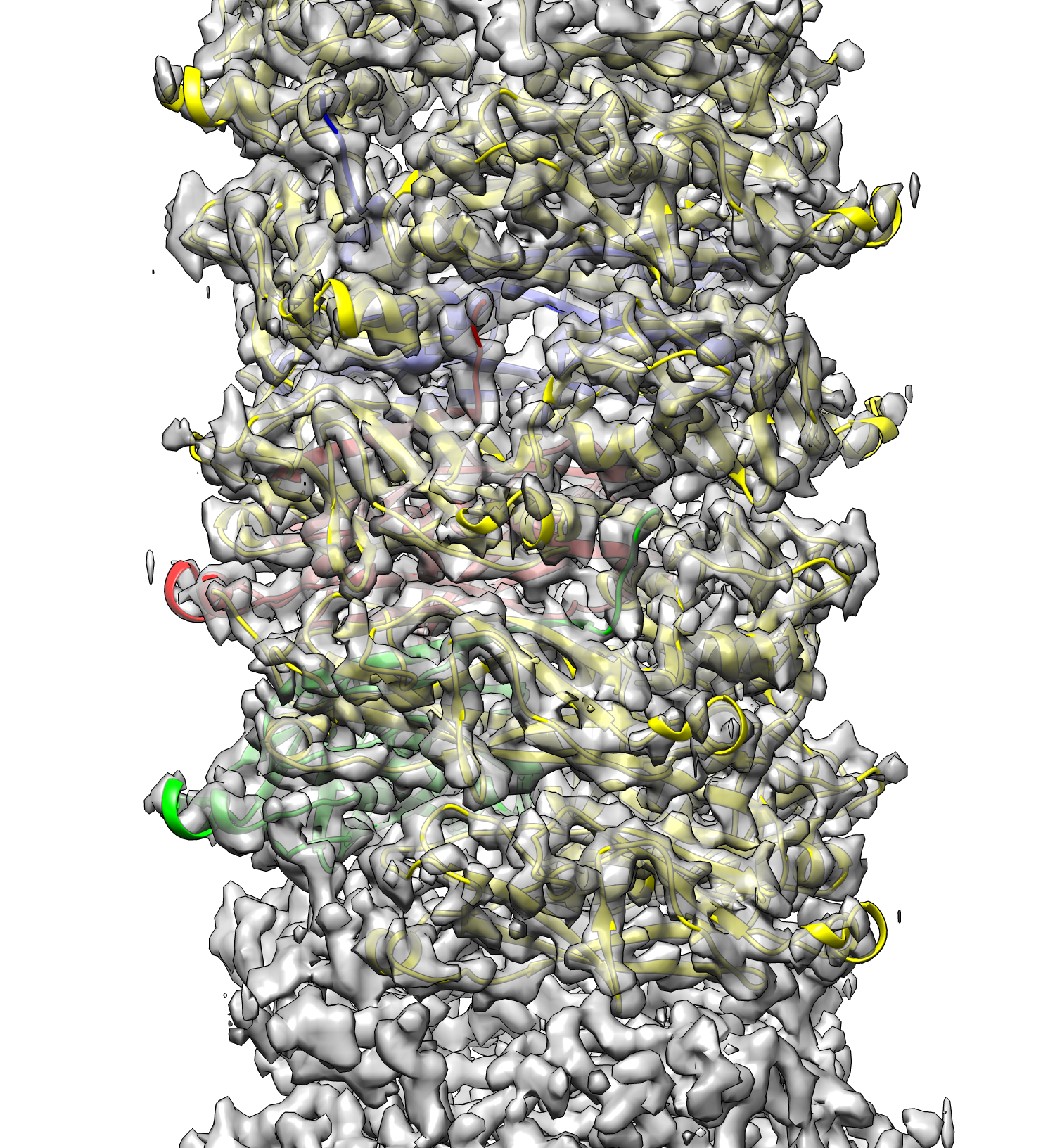 Understanding the shape and structure of the pili is a key step toward producing ways to block the bacteria from setting up shop and producing the common and often painful infections. (It’s estimated that up to half of women develop a UTI during their lifetime.) Doctors might, for example, develop drugs that would prevent the pili from getting a toehold in the urinary tract. And that’s an exciting prospect.

“These pili are absolutely essential for the infectivity, because it’s the pili that attach very strongly to the lining of the urinary tract,” Egelman noted. “If these pili aren’t assembled, then these bugs aren’t infective at all. They’d wash right out.”

A Year We Will Never Forget: 2019-20 in Review END_OF_DOCUMENT_TOKEN_TO_BE_REPLACED

‘What Will You Carry With You?’ Remarks From UVA President Jim Ryan END_OF_DOCUMENT_TOKEN_TO_BE_REPLACED