‘The Right Thing to Do’: UVA Greek Societies Suspend All In-Person Activities 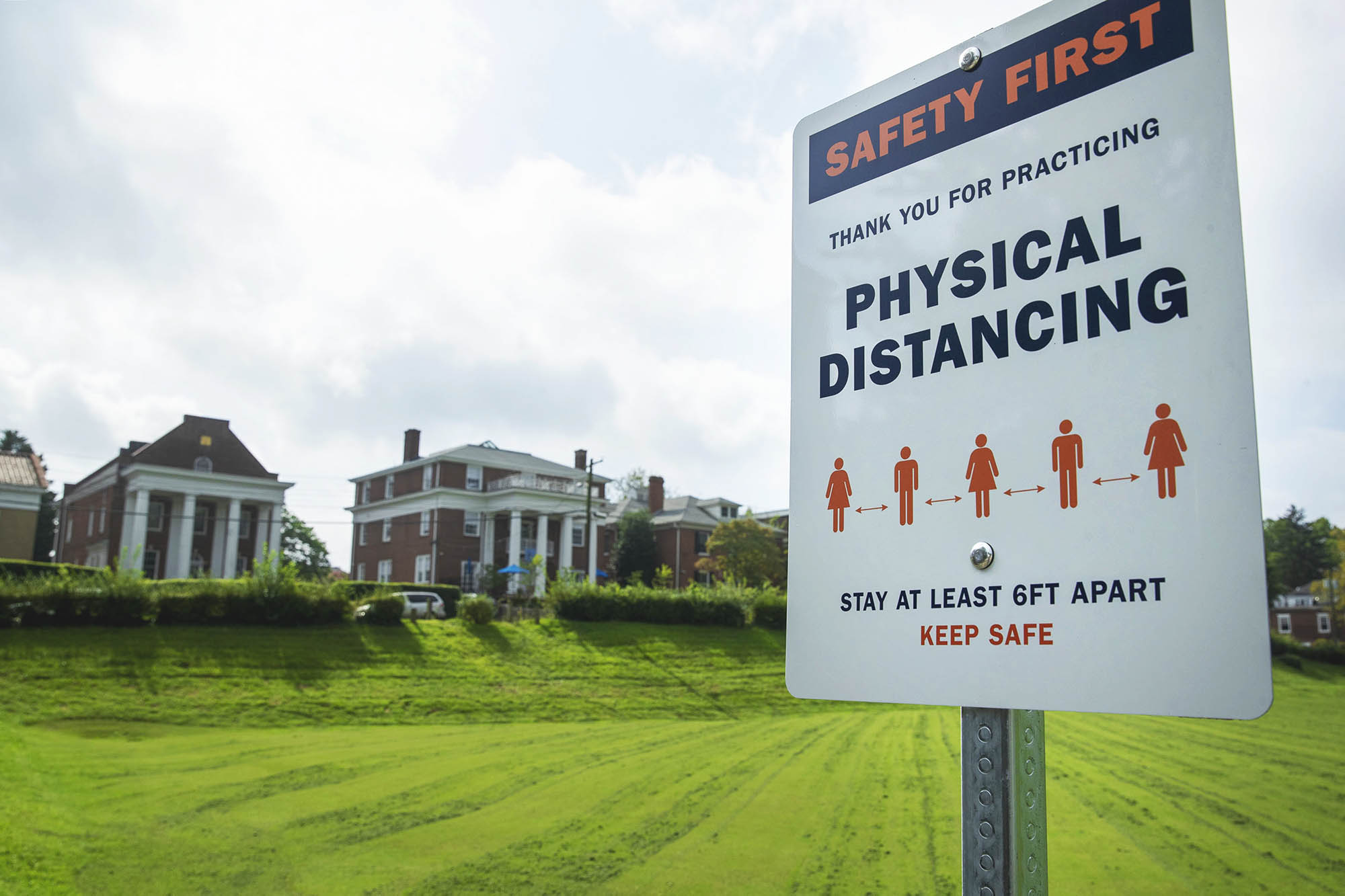 The two largest fraternity and sorority organizations at the University of Virginia have agreed to cease “all organized in-person activities” in furtherance of the University’s requirement that all students wear face coverings in public, follow physical distancing norms and gather only in groups of 15 or less.

In a joint statement issued at the end of August, the Inter-Fraternity Council and the Inter-Sorority Council said the decision “is applicable to all fraternity/sorority sponsored or supervised functions, including formal and informal gatherings.”

“We are making this decision in the interest of protecting the public health of the University and greater Charlottesville community,” the statement read.

“When we were looking at potential paths forward for the fall, initially the plan was to provide a community pledge that our member organizations would sign onto, agreeing to have events that followed guidelines,” said Kat Hall, president of the Inter-Sorority Council. “More recently, when sitting down with the Office of Fraternity and Sorority life, as well as our counterparts in the Inter-Fraternity Council, we decided that more direct action was needed in order to prevent the spread of COVID-19 this fall.”

Hall and Inter-Fraternity-Council President Kyle Riopelle said the decision was reached in collaboration with the presidents of their respective chapters and UVA’s office of Fraternity and Sorority Life.

“I think everyone basically understood that this is the right thing to do,” Riopelle said.

“It was never the case of having to convince people to get on board with this,” he said. “From the inception of the idea to having all the conversations and checking with everyone to make it happen, it really only took a couple of days.”

Witnesses to infractions can submit complaints respectively to the Inter-Fraternity-Council or Inter-Sorority Council websites.

“Potential disciplinary actions include a range of sanctions, from mandatory education on COVID-19 prevention and community responsibility, all the way to a recommendation by our Judiciary Board to Fraternity and Sorority Life for the suspension of a chapter’s fraternal organization agreement,” Hall said.

“A chapter having their organizational agreement pulled means that they are not formally recognized by UVA and are not allowed to function as an organization,” she said. “This often means that the national organization with which they are tied chooses to implement other disciplinary actions, including the closure of the chapter permanently.”

Both Hall and Riopelle said this new action is as important for the Charlottesville community as it is for UVA.

“I recognize that the fraternity system at UVA has not always been a good neighbor to the Charlottesville community and there are people out there who are not willing to give us the benefit of the doubt,” Riopelle said. “I understand that.

“Moving forward, I would say I don’t know if there are any words I can offer to make people understand that we’re taking this seriously,” he continued. “I think that our actions are going to speak louder. And I think the fact that we took the action of suspending all of our in-person events, I would hope, would speak clearly to those concerns that we’re not taking this seriously.”

“The pandemic continues to ask all of us to take the higher road,” said Patricia M. Lampkin, UVA’s vice president and chief student affairs officer. “I am pleased with how seriously so many students, including members of our Inter-Fraternity Council and Inter-Sorority Council chapters, are taking this crisis and stepping up to show how much they care about their fellow students and the community.”

A Giant ‘Thank You,’ a Dose of Optimism and Bonus Good News END_OF_DOCUMENT_TOKEN_TO_BE_REPLACED

A Year We Will Never Forget: 2019-20 in Review END_OF_DOCUMENT_TOKEN_TO_BE_REPLACED