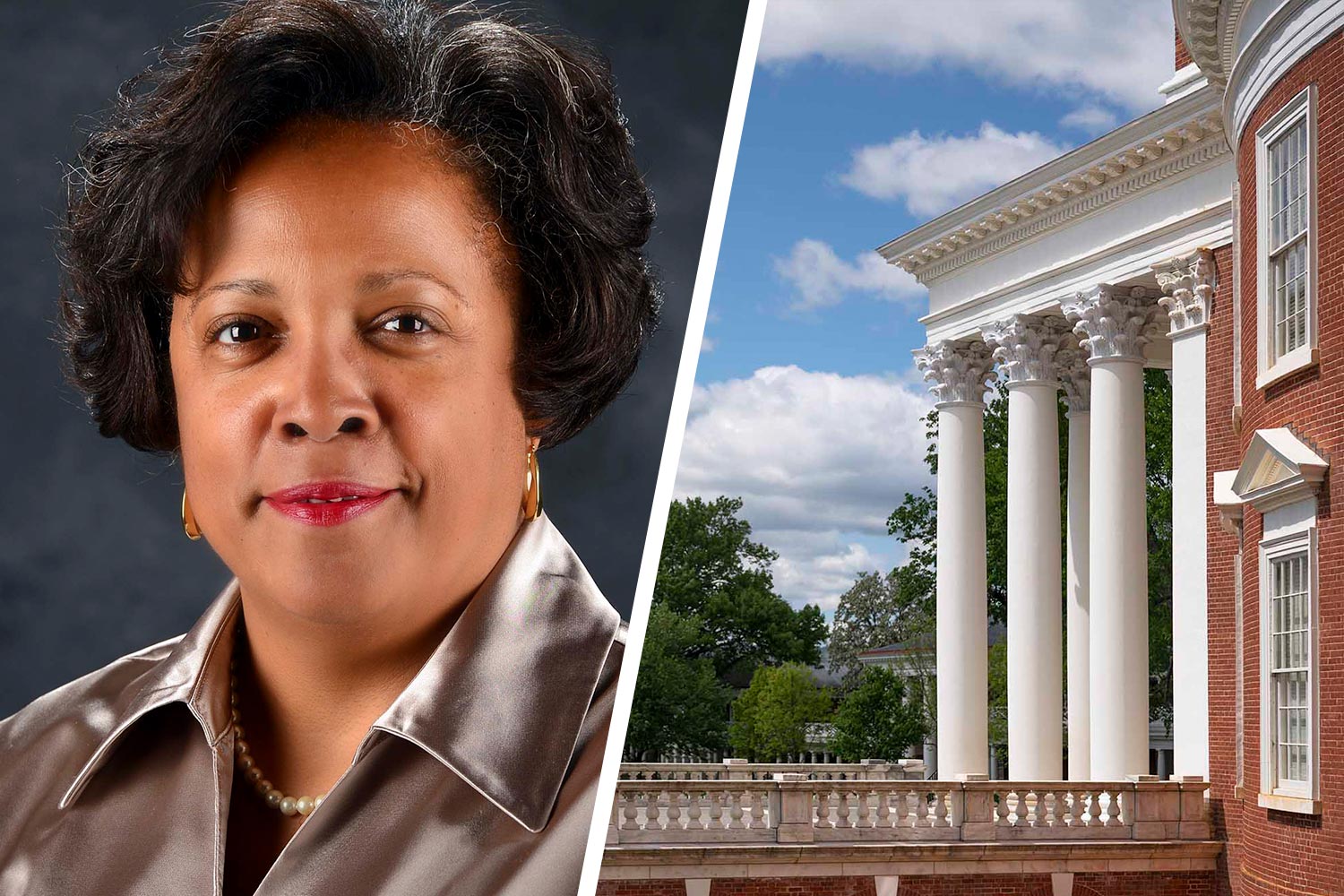 Robyn S. Hadley was a first-generation student, Rhodes Scholar, and president and COO of a management group before moving back into education. (Contributed photo)

Hadley will lead more than 200 student affairs professionals supporting students across the University, from enrollment through graduation. Reporting to the president and the provost, she will oversee a diverse portfolio including the Office of the Dean of Students, the Department of Student Health, the Office of African-American Affairs and the University Career Center. The vice president also partners with student leaders involved in the Honor Committee, the University Judiciary Committee, Student Council and hundreds of other student-led organizations.

“Robyn sees working with students as a calling, and her compassion and enthusiasm for helping students to thrive and succeed were immediately evident,” Ryan said. “Provost Magill and I wanted to find a chief student affairs officer dedicated to expanding access, holistic student development, and creating citizen-leaders, and Robyn has a history of success in all of those areas and a background that allows her to build powerful connections.”

Hadley arrived at Washington University in St. Louis in 2014 after being recruited by Provost Holden Thorp to lead the John B. Ervin Scholars Program and support university initiatives to increase enrollment and support of historically underrepresented students. Her portfolio as associate vice chancellor has since expanded significantly, with a focus on student success and development. In addition to the Office of Scholar Programs, she oversees disability resources, TRIO student support services, and co-leads the Committee to Support Under-Resourced Students.

A first-generation college student, Hadley was raised by her father, a textile transportation worker, and mother, a public-school secretary, in the small town of Graham, North Carolina. An excellent student and athlete, Hadley found herself at the age of 17 in the enviable position of having been accepted with full scholarships to Harvard University, Duke University and the University of North Carolina at Chapel Hill.

“As much as I wanted to go to Harvard, it was just too far away and I didn’t think there would be many people like me there,” Hadley said, noting that she’d initially thought of a career as a Wall Street lawyer to support her goal of becoming successful enough to buy her mother’s “dream home.”

Instead, Hadley chose UNC, just 25 miles from home, where she had been offered a Morehead Scholarship. She would go on to earn a B.A. in public policy analysis and play two years of basketball for the Tar Heels before studying political science as a graduate student and Rhodes Scholar at Oxford University.

Hadley began her career in business, holding various positions in the JAMNC Export Import Group in Hampton, Virginia, where she eventually rose to president and chief operating officer. The management group served as a Department of Defense contractor, agribusiness developer, and consultant for a USDA grant project, as well as being a member of the National Minority Supplier Development Council network.

The unexpected passing of a mentor, combined with her mother falling ill in 2004, led Hadley to return home to North Carolina, where she reevaluated her career path and settled on education. In 2005, Hadley proposed the “What’s After High School?” startup initiative to the superintendent of the Alamance-Burlington School System, with the goal of increasing awareness of college and career options focusing on enrollment, scholarship opportunities and degree completion for the primarily low-income, mostly rural school system. The proposal was accepted and blossomed under Hadley’s leadership as executive director, earning her recognition from the White House and U.S. Department of Education as a “Champion of Change” in 2012.

Hadley was drawn to Washington University in St. Louis by the school’s emphasis on the student experience and its commitment to socioeconomic diversity and student success. There, she worked for Lori White, who was the vice chancellor for student affairs and is now president of DePauw University. White mentored Hadley and encouraged her to pursue her own path toward becoming a chief student affairs officer.

“From my very first meeting with Robyn, it was evident she had the intellect, talent and vision to lead a division of student affairs,” said White, a former board chair for the National Association of Student Personnel Administrators. “Robyn’s diverse experiences in business, K-12 and higher education, her passion for the student experience and commitment to the success of all students, along with her engaging interpersonal leadership style, make her a perfect choice.”

Washington University in St. Louis Chancellor Andrew D. Martin added, “Robyn is a talented leader with great passion for helping students reach their fullest potential in all aspects of their college experience. We have been very fortunate to have her here at Washington University, where she has made innumerous contributions to building a culture that prioritizes student success and seeks to understand and meet the needs of individuals from all backgrounds.”

Hadley says she was excited by the possibility of taking the next step in her career at UVA because of its commitment to helping students succeed and the tenets and initiatives of Ryan’s 10-year strategic plan, “A Great and Good University: The 2030 Plan.”

“I see this as such a special opportunity,” Hadley said. “UVA’s commitments to student self-governance and to developing responsible citizen-leaders are as important today as they’ve ever been, and I can’t wait to be a part of that process. I’m excited, both by the traditions that make UVA unique and by some of the more recent areas of focus – whether it’s access and affordability; work on diversity, equity and inclusion; or efforts to strengthen the relationship between the University and the local community. UVA’s focus on its students is unparalleled, and I look forward to helping to build a community where students thrive and further develop their curiosity and love of learning.”

Hadley will succeed Patricia M. Lampkin, who is retiring after more than 40 years at UVA, including 18 as vice president.

“Pat Lampkin has clearly left a deep imprint on the University and helped make UVA world-renowned for its student experience,” Hadley said. “I’m very excited about meeting the student affairs team and others across Grounds, learning what they’re doing, and understanding how my experiences might enhance the great work that is already underway.”

Margot Rogers, UVA’s vice president for strategic initiatives, led a 12-person search committee tasked with identifying a new vice president and chief student affairs officer. The committee, which included faculty, staff and students, solicited feedback from the community and interviewed dozens of highly qualified candidates from across the country.

“I’m deeply grateful to the committee for their hard work and commitment to finding just the right person to succeed Pat Lampkin and build on her incredible legacy,” Rogers said. “In an extraordinary candidate pool, Robyn stood out from the first time we met her as a strong, ethical, inspirational leader who has successfully led organizations in the public and private sectors and who is absolutely committed to ensuring that every student at UVA can thrive.”

When Less Is More: How Harnessing the Power of Subtraction Can Add to Life END_OF_DOCUMENT_TOKEN_TO_BE_REPLACED