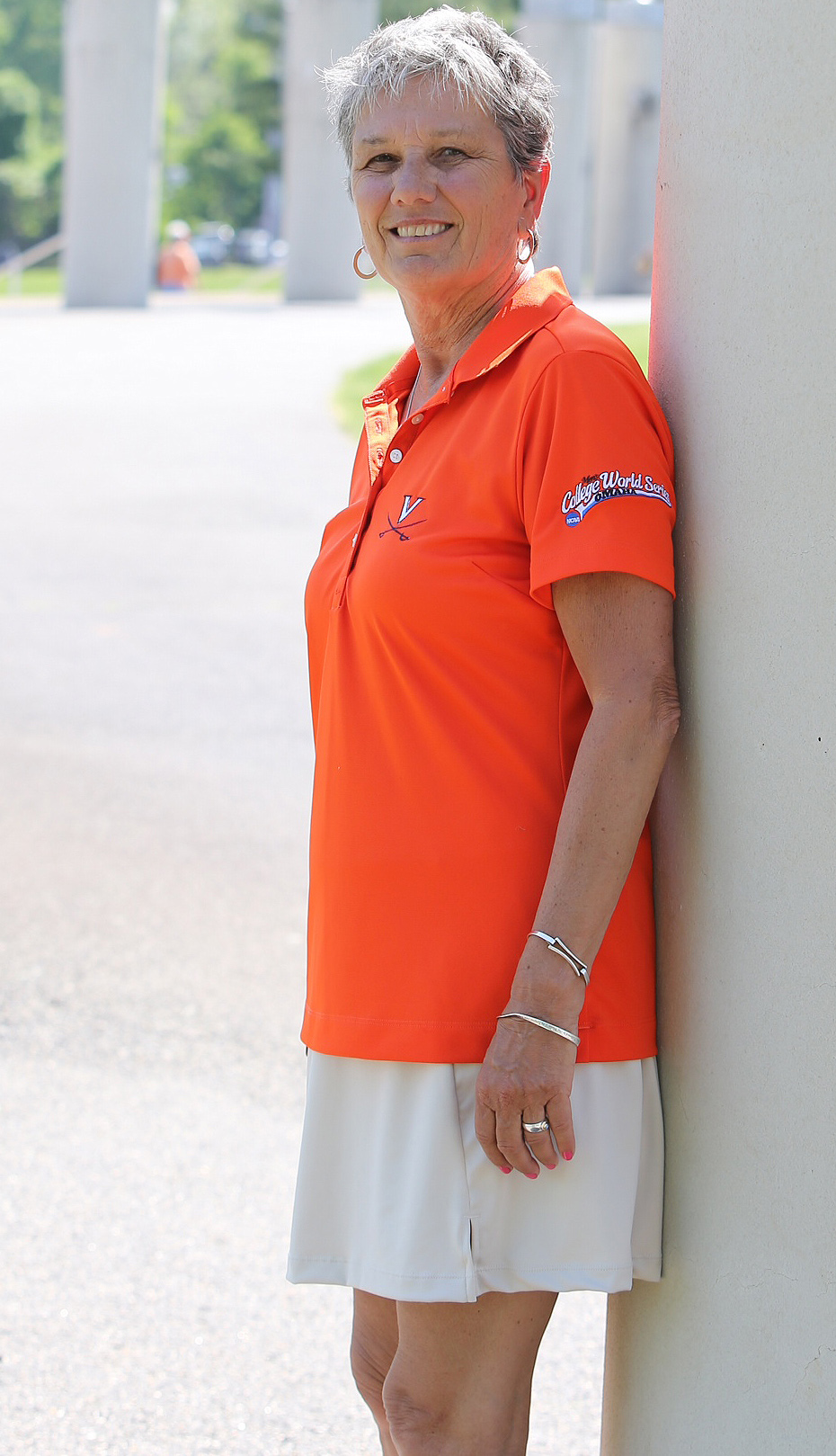 From her early days as a winning lacrosse coach at the University of Virginia to the past two decades as a passionate advocate for women in sports, Jane Miller, senior associate athletic director for programs at U.Va., has worked in the Athletics Department for almost 30 years. She will pick up another award this year, as the U.Va. Women’s Center has selected Miller to receive its 2014 Elizabeth Zintl Leadership Award.

The Women’s Center gives the award annually to a woman employee of the University in memory of Elizabeth Zintl, an accomplished writer and journalist who served as chief of staff in the Office of the U.Va. President in the 1990s. The award honors the professionalism, creativity and commitment that characterized Zintl’s contributions to the University.

The Zintl Award carries a $1,000 prize for the honoree to use for her professional or personal development and will be presented at a recognition ceremony set for Sept. 18.

Miller has been integral in leading significant changes for women in sports, said Patricia M. Lampkin, vice president and chief student affairs officer, because of her “steadfast commitment, vision of what can be and attention to day-to-day relationships and details.”

Miller is “a calm, steady leader who, day in and day out, gets the job done. She is a strong role model for our current coaches and players, and gives her heart and mind to the University every day,” Lampkin said.

After 12 seasons as the U.Va. women’s lacrosse head coach, she retired from coaching with the most wins in the team’s history (145, against only 44 losses), two national championships and six trips to the Final Four. Inducted into state, regional and national lacrosse halls of fame, as well as recognized in 1991 as the NCAA Division 1 National Coach of the Year, Miller has left her mark on the sport and on the U.Va. athletics program.

“We have been, and continue to be, so lucky to have her working tirelessly for and with the coaches and student-athletes at Virginia and for her knowledge and work in the entire University community,” said Peggy Boutilier Williams, a former field hockey and lacrosse student-athlete who graduated in 1999.

James M. Cooper, former dean of the Curry School of Education and professor emeritus, who nominated Miller, described how she “sees herself as a citizen of the University, not just the Athletics Department.”

The evidence has mounted over the years, especially in her participation on several committees and councils, including the Women’s Center Advisory Council and the University’s Women’s Leadership Council. The U.Va. Women’s Faculty and Professional Association presented its Woman of Achievement Award to her in 1999. She also received the President’s Award for Exemplary Service to the ACC in 2009.

The Zintl Award uses a pan-University nomination and selection process. The award is made possible through the generosity of the late David A. Harrison III, a friend of Zintl and a benefactor to the University.

The list of recipients since 1998 can be viewed here.

Do You Know the History of Your Favorite Corner Spots? END_OF_DOCUMENT_TOKEN_TO_BE_REPLACED

Netflix to Add Ads. Why This Could Be a ‘Game-Changer’ for Your Viewing Experience END_OF_DOCUMENT_TOKEN_TO_BE_REPLACED

What’s Next for UVA’s Class of 2022? END_OF_DOCUMENT_TOKEN_TO_BE_REPLACED