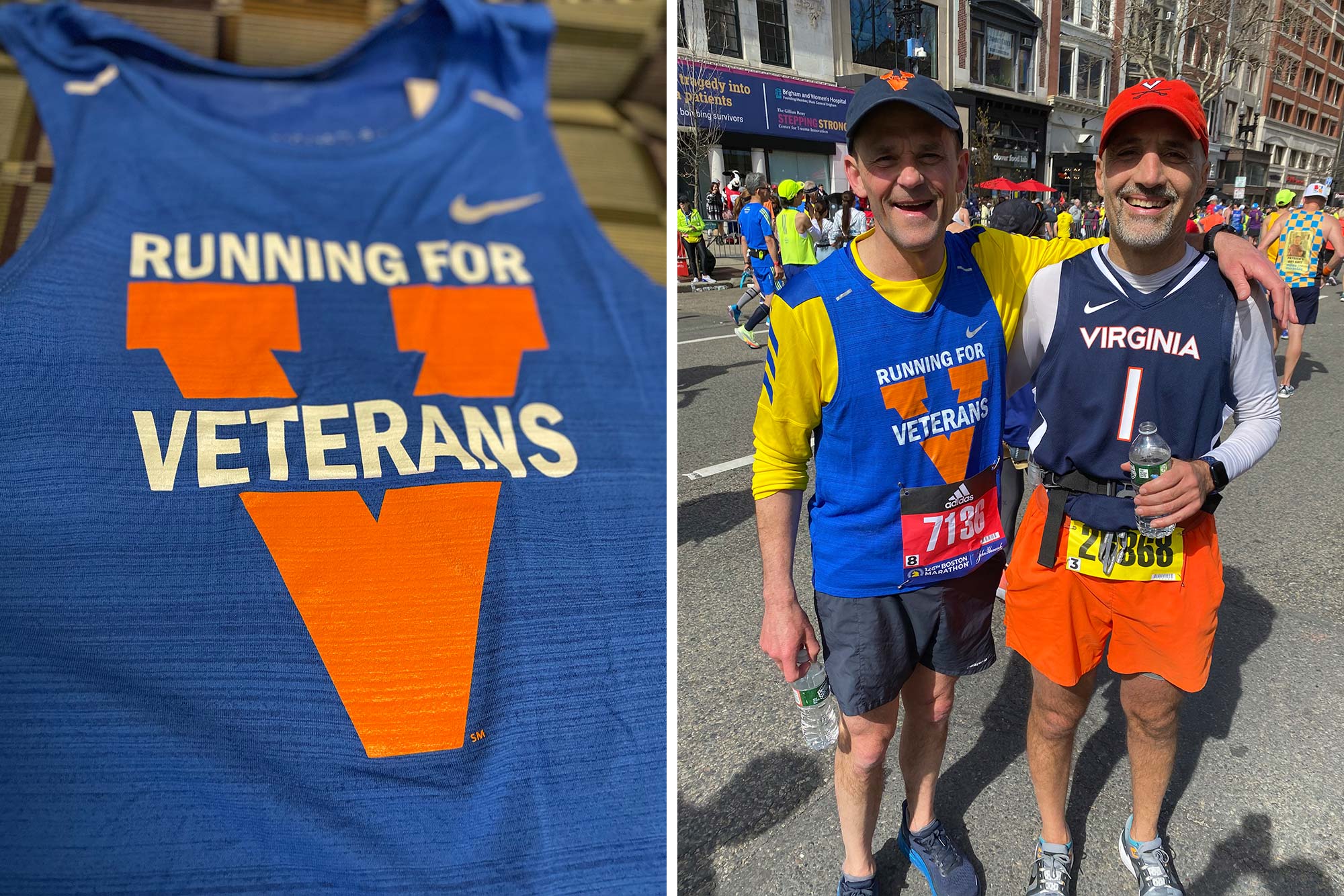 Sporting a blue tank top with his cause – “Running for Veterans” – written in orange and white across the chest, University of Virginia President Jim Ryan on Monday completed his 11th consecutive Boston Marathon.

Ryan ran 26.2 miles in support of the UVA Veteran Student Center, which opened last September. His campaign raised more than $16,000, one of the most of any of his marathon campaigns, a tradition that dates back to his days as the dean of the Harvard Graduate School of Education. Fifty-four donors gave at least $260, which allowed them to have the names of veterans of their choice appear on the back of Ryan’s tank top.

Today, I am running the #BostonMarathon for veterans. Thanks to all the donors who helped raise over $15,000 for the Veteran Student Center at @UVA – and for sponsoring the names of a veteran that I will wear on the back of my jersey. pic.twitter.com/6jgY8VGmU7

Ryan has supported various causes over the years in association with past marathons, including nurses, teachers and Madison House, the independent, nonprofit volunteer center for UVA students.

In 2021, with sponsors recognizing a specific nurse for each mile and having their names printed on the back of his shirt, Ryan helped raise more than $13,000 for UVA nursing student scholarships.

This year, Ryan chose veterans, a nod to his father, who served in the Navy in the Korean War, and the new Veteran Student Center. The center, located in Newcomb Hall, is a joint project of the Student Veterans of Americans at the University of Virginia, the Office of the Dean of Students, the Jefferson Trust and the Eli Banana Fund. The center is meant to be an active space for UVA’s military community, including student veterans and ROTC students.

The Boston Marathon annually marks Patriots Day, which commemorates the 1775 battles of Lexington and Concord.

The effort to support the Veteran Student Center also included a virtual “Run with Jim” campaign. Alumni and friends were encouraged to run “anywhere, anytime” during the week leading up to the Boston Marathon. A portion of the funds raised through the campaign will be provided as a gift to the veterans’ center. Participants received a “Run With Jim” shirt.

What’s Next for UVA’s Class of 2022? END_OF_DOCUMENT_TOKEN_TO_BE_REPLACED