Scholars Wrestle With Remembering Slavery at State’s Colleges and Universities 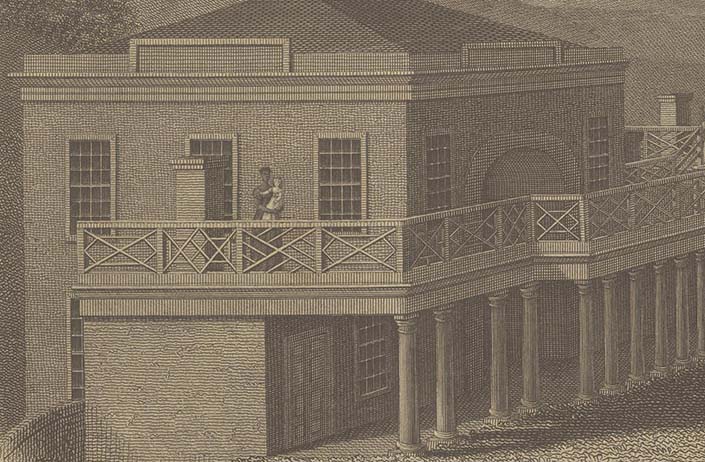 Research and recognition of contributions of the enslaved are still sorely needed and could shed light on current race relations, scholars agreed.

With South Carolina’s removal of the Confederate battle flag from its statehouse grounds in the wake of the shootings at Emanuel AME Church in Charleston, “The whole nation is now talking about race, and it’s long overdue,” University of Virginia researcher Kelley Deetz said.

Many are challenging other memorials to the Confederacy, calling for buildings and roads to be renamed and statuary dismantled, but some members of a new group focusing on the history of slavery at Virginia colleges and universities – who met last week at U.Va.’s Morven Farm – said those efforts might not be the best direction to take.

Instead, providing more honest historical information related to Confederates and slaveholders could be more helpful, they said. Research and recognition of contributions of the enslaved and what parts they played in the past are still sorely needed and could shed light on current race relations.

Deetz, who joined the President’s Commission on Slavery and the University last year to spearhead research and help with public outreach and commemoration, convened the consortium that was established in February, with scholars from 12 Virginia colleges and universities under the banner of “Virginia’s Colleges and Universities Studying Slavery” to discuss collaborative research and ways to present the historical relationship between slavery and its legacies at Virginia’s institutions of higher education.

Memorials – whether buildings, statues, plaques, exhibits or scholarships – naturally came up; in fact, creating fitting remembrances is one of the explicit objectives of some of the schools, including U.Va. The participants traded strategies and stories about the work involved to solicit design ideas, get approvals and secure funding.

At U.Va., the opportunity to name a new residence hall presented itself. Gibbons House, named after a former slave couple who worked at the University, Isabelle and William Gibbons, will open this fall.

William & Mary established The Lemon Project in 2009 – named for an enslaved laborer at the college – but not all schools have specially formed task forces and are looking to the schools that are further along for ideas, one participant said. Three Washington & Lee scholars just received a grant to explore history in the public sphere and plan to include the university’s history with slavery. Roanoke College is looking into programming at the antebellum Monterey farm it acquired in 2002.

Deciding on appropriate memorials depends on the setting and each school’s particular legacy, participants agreed. Robert Perkins, Norfolk State’s representative, mentioned that historically black colleges and universities, of which Norfolk State is one, already are memorials to emancipation, even if many HBCUs are struggling these days.

“This is an exciting opportunity to engage with ongoing efforts across the state and to broaden the scope of these historical connections,” Deetz said. “This is just the start of what I hope to become a large-scale working group that will eventually span into addressing contemporary issues dealing with race and higher education, inequalities and the complicated legacy of slavery in our state and in our country.”

The group plans to meet semi-annually and in the meantime, to continue conversations and create collaborations, keeping in touch online.

Deetz also brought up the long-term idea of helping commemorate the 400th anniversary of the arrival of the first 20 enslaved Africans in Jamestown in 1619. “It is my hope that we as a collective can organize statewide events, propose curricular changes and support one another to achieve common goals,” she said.

At UVA, There Is a Club for Everyone END_OF_DOCUMENT_TOKEN_TO_BE_REPLACED