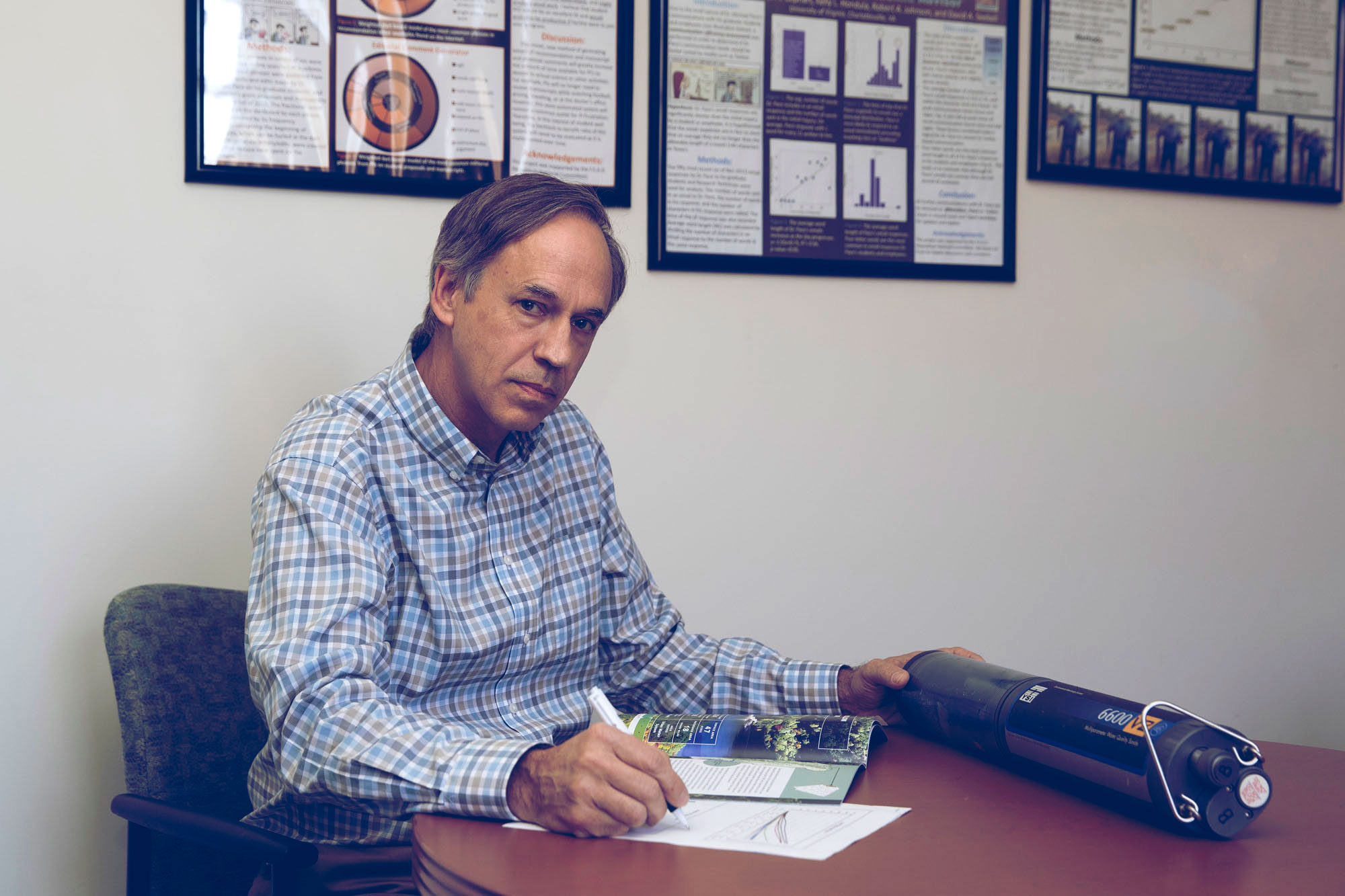 Toxic algae blooms in lakes and reservoirs are highly destructive, resulting in fish kills and toxicity risks to wildlife, livestock – and even humans. But their development is difficult to predict. Resource managers would like to stop such events in their tracks, before blooms cross a threshold and grow to the point of damaging a body of water.

A new study, published recently in the journal Proceedings of the National Academy of Sciences, demonstrates that automated monitoring systems that identify “regime shifts” – such as rapid growth of algae and then depletion of oxygen in the water – can successfully predict full-scale algae blooms in advance, and help resource managers avert their development. Prior studies indicated that this might be possible, but the researchers have now proven the concept during experiments in an isolated lake in Michigan.

The researchers caused an algae bloom in the experimental lake by gradually enriching it with nutrients, similar to the flow of nutrients that might occur in a lake downstream of an agricultural area or city. As they did this, they also closely monitored a nearby un-enriched lake, and a third continuously enriched “reference” lake.

Once the gradually enriched experimental lake exceeded pre-set boundaries, the researchers halted the flow of nutrients. They found that algae growth quickly declined, resulting in conditions similar to those in the un-enriched lake. Meanwhile, a large algae bloom formed in the continuously enriched lake.

“Our system detected early warnings more than two weeks prior to the bloom,” said University of Virginia environmental scientist Michael Pace, who led the study. “In the experiment where nutrient inputs were cut off when early warnings occurred, the algae bloom was reversed. These whole-lake experiments show that early warning systems can be used to manage algae blooms in lakes, if rapid reductions of nutrient inputs or treatments for algae are possible.”

Pace noted, however, that instead of relying on early warnings, “it would be better to reduce nutrient inputs from the start so that algae blooms do not occur at all.”

Researchers at UVA, the University of Wisconsin-Madison, Rutgers University and the Cary Institute of Ecosystem Studies conducted the study.

What’s Next for UVA’s Class of 2022? END_OF_DOCUMENT_TOKEN_TO_BE_REPLACED