Sea Level Rise: A Relentless Reality That Virginia Must Plan For Carefully 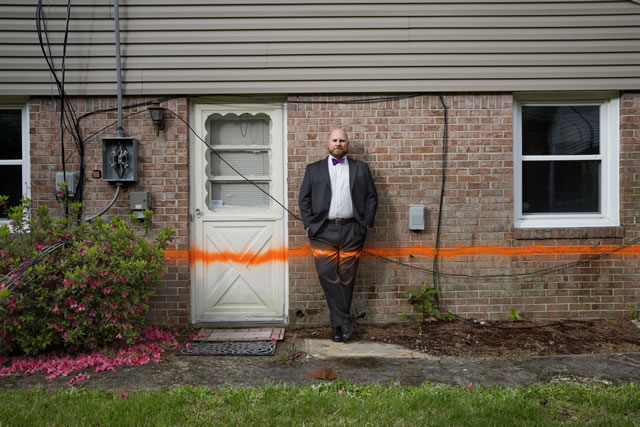 Virginia, whose coastal area is one of the world’s most economically vulnerable to rising sea levels, could set an international example by taking proactive steps to adapt to the threat, according to an article in the current issue of the Virginia News Letter, published by the Weldon Cooper Center for Public Service at the University of Virginia.

Motivated by the near-miss of devastation from Hurricane Sandy in 2012 and flooding from other recent hurricanes, leaders at both the state and local levels have begun to take a serious look at planning for rising sea levels, say the article’s authors, Molly Mitchell, William A. Stiles Jr. and Troy W. Hartley, experts on sea-level issues.

But, they add, the challenge will be to move rapidly to implementation, “a transition that requires significant financial resources and sufficient political will to use those resources for adaptation,” the article says.

Through dialogues among scientists, policy and legal scholars, local and state government officials, and the private sector, and through working groups sponsored by the General Assembly, Virginia is seriously dealing with several complicated factors, the authors write. Such factors include property rights and myriad local and state agencies with overlapping jurisdictions.

Also, the General Assembly has established an 11-member joint subcommittee to formulate recommendations for the development of a comprehensive and coordinated planning effort to address recurrent flooding. The joint subcommittee is empowered to go farther and recommend legislative changes that will be needed.

The authors note that about 60 percent of Virginia’s population lives in localities bordering tidal waters and that the state is experiencing the highest rates of relative sea rise along the Atlantic Coast, with an increase between 1.2 feet and 2.3 feet in the past century, depending on the area. Not only are sea levels rising worldwide, but Virginia also experiences a sinking coastline as well as shifts in the Gulf Stream current. The rate of recent acceleration suggests that sea level rise in the next 100 years may be close to double the change experienced in the past century, the authors warn.

Rising water levels are a serious threat to waterfront developments, federal, state and local parks, and much of the tourism industry in Tidewater Virginia. Historic places, such as the Ghent

neighborhood in Norfolk and Charles City Town on the Eastern Shore, are already experiencing flooding and have limited recourse to adapt to changing water levels. Jamestown Island, the location of the first permanent English settlement, is predominately less than three feet in elevation and is at high risk of disappearing into the James River over the next century.

Whether sea level rise projections are based on historic data or climate models, they include uncertainty and should always be expressed as a range of projections, Mitchell, Stiles and Hartley write. But even taking that range into account, sea level rise is a significant threat to the low-lying areas of Virginia, they add.

The capacity for adaptation in Virginia is complicated by the systems of land ownership, state regulation and oversight, and a significant federal presence in the coastal zone, with a number of military bases located in the Hampton Roads area. With more than 40 percent of the Hampton Roads region’s economic activity coming from federal military and civilian government activity, coordination between federal and state governments is a must, the authors write.

Mitchell, Stiles and Hartley advocate a “flexible adaption planning” process that some agencies are beginning to consider. Such planning recognizes the uncertainty in sea level rise projections and incorporates them into the planning process. In terms of hard infrastructure, this may mean the use of modular levees that can be incrementally raised or the use of storm surge barriers.

In planning and policy, the adaptions may mean rolling easements or other zoning measures that allow current use of a coastal area, but which have provisions for altering or phasing out the use of those areas. It also can mean the preservation of open space areas, forests and marshes, which all allow for some mitigation of floodwaters.

“If Virginia continues to move forward in the current direction,” the authors conclude, “it will have the distinction of being one of the few areas in the world which has proactively dealt with flooding, without waiting to be prompted by a major disaster.”

A Year We Will Never Forget: 2019-20 in Review END_OF_DOCUMENT_TOKEN_TO_BE_REPLACED

‘What Will You Carry With You?’ Remarks From UVA President Jim Ryan END_OF_DOCUMENT_TOKEN_TO_BE_REPLACED