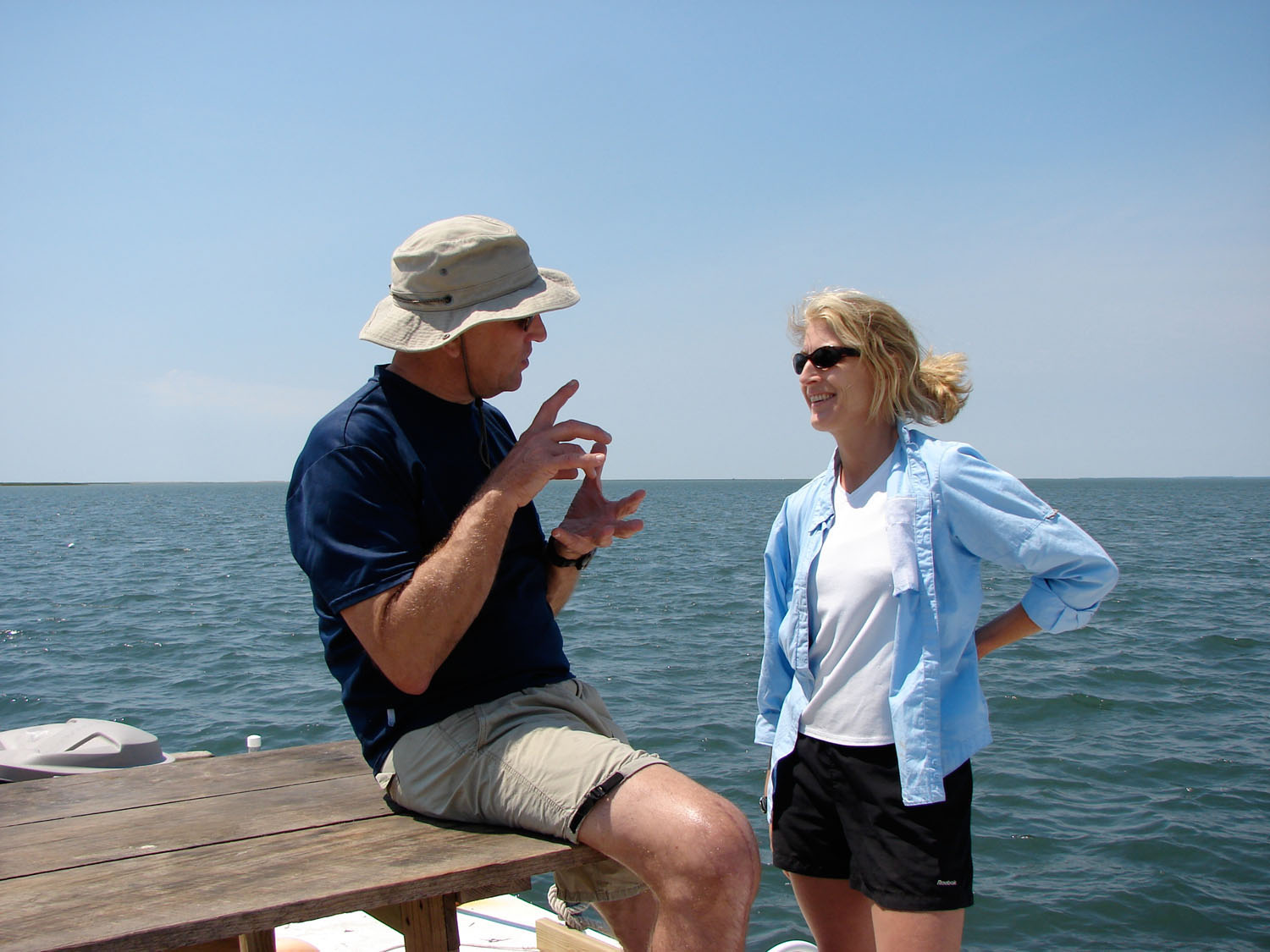 A seagrass restoration project in the coastal bays of Virginia's Eastern Shore is demonstrating remarkable success, according to researchers at the University of Virginia and the Virginia Institute of Marine Science.

In a series of papers to be published Feb. 23 in the journal Marine Ecology Progress Series, the researchers report that after 10 years of seeding vast and once barren stretches of bay bottom and monitoring the growth of eelgrass from these plantings, 17 square kilometers (about 10.5 square miles) are now carpeted with lush, healthy seagrass meadows.

"We've found what we hoped to find: that the eelgrass is flourishing and spreading out, and creating beneficial conditions for the overall health of these bays," said Karen McGlathery, an environmental scientist in the College of Arts & Sciences who leads the U.Va. effort and authored or co-authored several of the papers that appear in the journal.

McGlathery said ongoing studies are showing that the grasses are increasing water clarity in the bays, stabilizing the seafloor and capturing, or "sequestering" carbon dioxide from the atmosphere and nitrogen from the water, which thereby reduces potential occurrences of harmful algae blooms.

The new meadows also are providing new habitat for a variety of marine species, including fish, crabs, mollusks and scallops.

Eelgrass is a submerged marine grass that once flourished in Virginia's seaside bays, but began dying off in the late 1920s and early 1930s due to a pathogen. In 1933, a hurricane completely wiped out the extensive grass beds. In the years following, bay bottoms became muddy and barren, ending a once-thriving scalloping and fishing industry. The seagrass did not recover because there was no source of seeds nearby.

In 2001, researchers at the Virginia Institute of Marine Science (a component of the College of William & Mary), led by marine scientist Robert Orth, began seeding some of those barren areas in an attempt to return eelgrass to the region. U.Va. scientists joined the effort, conducting research on the conditions that are most conducive to seagrass growth, evaluating the success of the growth and monitoring the changes to water quality, habitat and marine life.

"This restoration has given us a great opportunity to track the importance of seagrass as a foundation species on which other species depend," McGlathery said, "and we've been able to compare the seagrass beds we've seeded with areas of the bay where there is no grass."

Without the grasses, she said, sediment from the sea bottom is continually stirred up by wind and current and storms, reducing water clarity and limiting the growth of any existing small patches of seagrass and the marine life they support. When seagrass becomes established, it initiates a positive feedback on its own growth conditions and meadows continue to spread.

"We're following the trajectory of growth over time – how long it takes the seagrass meadows to provide habitat and what we call 'ecosystem services,' such as improving water quality and storing carbon. We've seen an exponential increase in the size of the meadows and a marked improvement in the benefits they provide to the ecosystem of the coastal bays."

The researchers also are developing computer models based on field data to determine possible vulnerabilities the grass meadows might face as sea levels rise and waters warm, or if development and commercial farming increases on the Eastern Shore, as anticipated.

"We've looked at this from a number of different angles – everything from the genetics of the restored populations to the implications for vulnerability in possible future climate change scenarios," McGlathery said.

She noted that VIMS researchers are using eelgrass seeds from different regions to create a genetic mix that allows for hardier and more resilient grasses in the face of environmental stresses, such as climate change.

"We're changing the environment of these bays back to what it was when it was a very healthy thriving system 80 years ago, so it's an exciting change," McGlathery said.

"We're also now trying to understand how much more growth could occur. Our projections show the potential for vast stretches of bay bottoms to eventually become carpeted with seagrass."