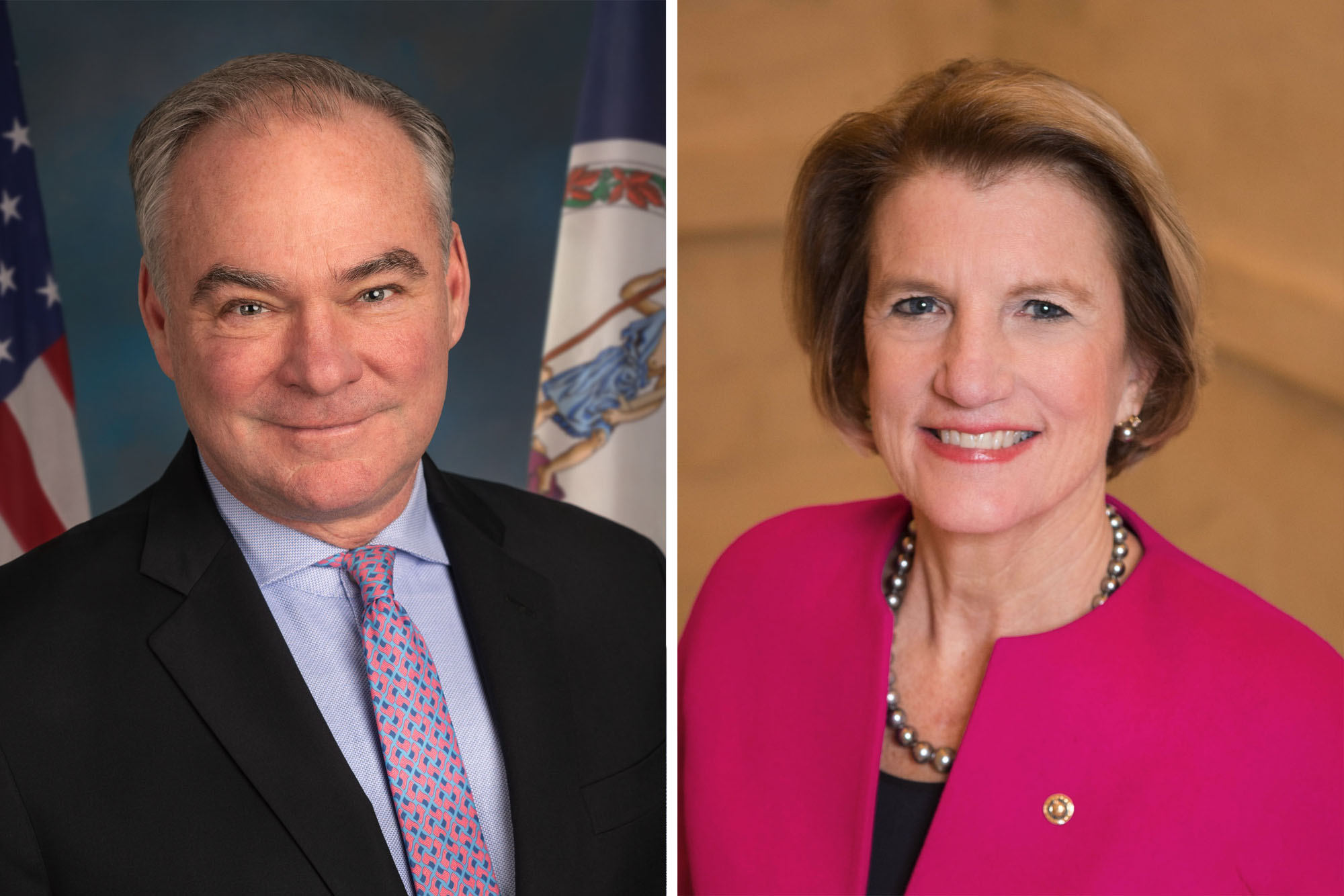 The discussion will air live at 9 a.m. on Thursday and be rebroadcast later that day, at 5 p.m., on virginia.edu/live. Anyone wishing to attend can register here.

The Democracy Dialogues events began early this year as a way to strengthen democracy through civil debate and give UVA community members the opportunity to learn from each other while respectfully sharing different opinions.

The first event, coincidentally, was held Jan. 6, just as pro-Donald Trump riots began at the U.S. Capitol while Congress was in the midst of certifying President Joe Biden’s election. Ryan, event host Larry Sabato and many guests were able to react to events as they were happening, denouncing the riots and exploring the tensions highlighted that day.

While Thursday’s event likely will be calmer, it focuses on a critical and elusive theme: real, bipartisan cooperation. The two guests – Virginia Democratic Senator Kaine and West Virginia Republican Senator Capito – have worked together to sponsor wide-ranging legislation, despite their political differences.

They plan to discuss how both citizens and elected officials can work together to bridge deep political and cultural divides, and explore ways to effectively move government forward.

Barnes, co-director for policy and public affairs at the UVA Democracy Initiative and director of the White House Domestic Policy Council under former president Barack Obama, is eager for a productive, insightful discussion.

“My hope for our dialogue with Senators Capito and Kaine, and indeed all of our Democracy Dialogues, is that it will showcase fact-filled, robust, respectful debate, and in so doing offer viewers an example of how two accomplished public servants from different perspectives can, by sitting and reasoning together, promote development of lasting solutions to our nation’s pressing problems,” she said.

Ryan said he is looking forward to talking with both senators.

“The Democracy Dialogues offer an opportunity for respectful debates and discussions that explore different perspectives on the greatest challenges facing democracy,” he said. “I’m thrilled that Senators Kaine and Moore Capito will be joining us for this important conversation on bipartisan cooperation, which is crucial to our progress as a nation.”

What Is the ‘4th Side’? END_OF_DOCUMENT_TOKEN_TO_BE_REPLACED