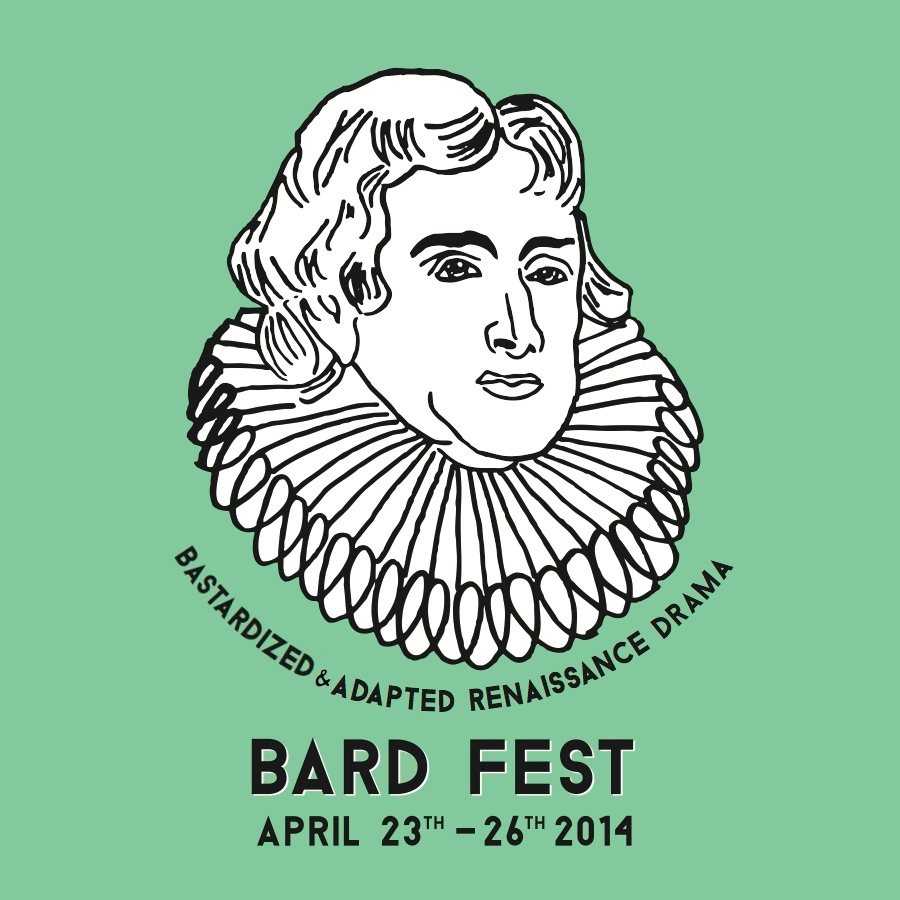 “If you tickle us, do we not laugh?,” William Shakespeare wrote in “The Merchant of Venice.”

Laughter and merriment is sure to be a part of the festivities this spring when University of Virginia students and professors of Shakespeare celebrate the playwright’s 450th birthday during “BARD Fest,” a four-day festival organized by students in the Department of Drama. (A publicity poster identifies “BARD” as an acronym for “Bastardized and Adapted Renaissance Drama.”)

“I can say with confidence that this endeavor is one of the most ambitious student-organized and -executed ideas connected to the drama department in the last 15 years,” said Richard Warner, a professor of acting who is serving as the BARD Fest’s mentor and executive director.

The events will kick off at 7 p.m. on April 23, Shakespeare’s observed birthday, with a series of “Will Talks” by U.Va. professors in Clark Hall, room 108, co-sponsored by the College Council.

On April 24, the Virginia Players will host a staged reading of Canadian playwright Ann-Marie MacDonald’s “Goodnight Desdemona (Good Morning Juliet),” and the festival will conclude April 25 and 26 with two innovative performances of abridgements of four of Shakespeare’s comedies staged throughout U.Va. Grounds.

All events will be open to the public and free of admission.

In the “Will Talks,” U.Va. professors from four different departments will give 10-minute talks, modeled on “TED Talks,” each exploring a different aspect of Shakespeare’s life and work.

After the talks, attendees will be invited to celebrate Shakespeare’s birthday with cake and refreshments.

Laura Elliott, a third-year drama and economics major and one of the assistant producers of BARD Fest, said she hopes the wide range of topics discussed at the “Will Talks” will attract students from all over the University.

“This will be a great opportunity to examine how Shakespeare has influenced so many different things,” Elliott said. “Shakespeare isn’t just relevant to drama or English majors.”

On April 24 at 5 p.m., the Virginia Players, a student group associated with the drama department, will host a staged reading of MacDonald’s 1988 play “Goodnight Desdemona (Good Morning Juliet)” in the Helms Theatre. The play follows Constance Ledbelly, a young English literature professor working on her doctoral research about Shakespeare.

The play deals specifically – and comically – with Ledbelly’s research topic, which claims that “Romeo and Juliet” and “Othello” were originally comedies written by an unknown author – and that this can be proved by decoding a manuscript written by an alchemist named Gustav. In a moment of despair, Ledbelly is suddenly thrown into these Shakespearian tragedies, and begins to discover the truth about herself and her research with the help of Shakespeare’s characters, Desdemona and Juliet.

The celebrations will culminate April 25 at 5:30 p.m. and on April 26 at 2 p.m. with two presentations of “All the Lawn’s A Stage” – a performance of “As You Like It,” “The Comedy of Errors,” “Much Ado About Nothing” and “A Midsummer Night’s Dream.”

These four Shakespearian comedies each have been adapted and abbreviated by undergraduate drama students Anne Donnelly, Kate Tooley and Adam Santalla.

Directed and performed by a company of about 15 undergraduate actors, the abridged plays will begin on the Lawn side of the Rotunda and will continue to Pavilion Garden VIII, with an ending location at a site near the Lawn.

“Our goal is to get people talking about Shakespeare by bringing his work right into the heart of the University: Thomas Jefferson’s Lawn,” said Donnelly, the festival’s artistic director.

BARD Fest is being produced with support from the Department of Drama, the Parents Committee, the Virginia Players and the Office of the Vice Provost for the Arts.

Information about BARD Fest, including a full schedule of events and rehearsal photos and video, can be found on the group’s Facebook page.