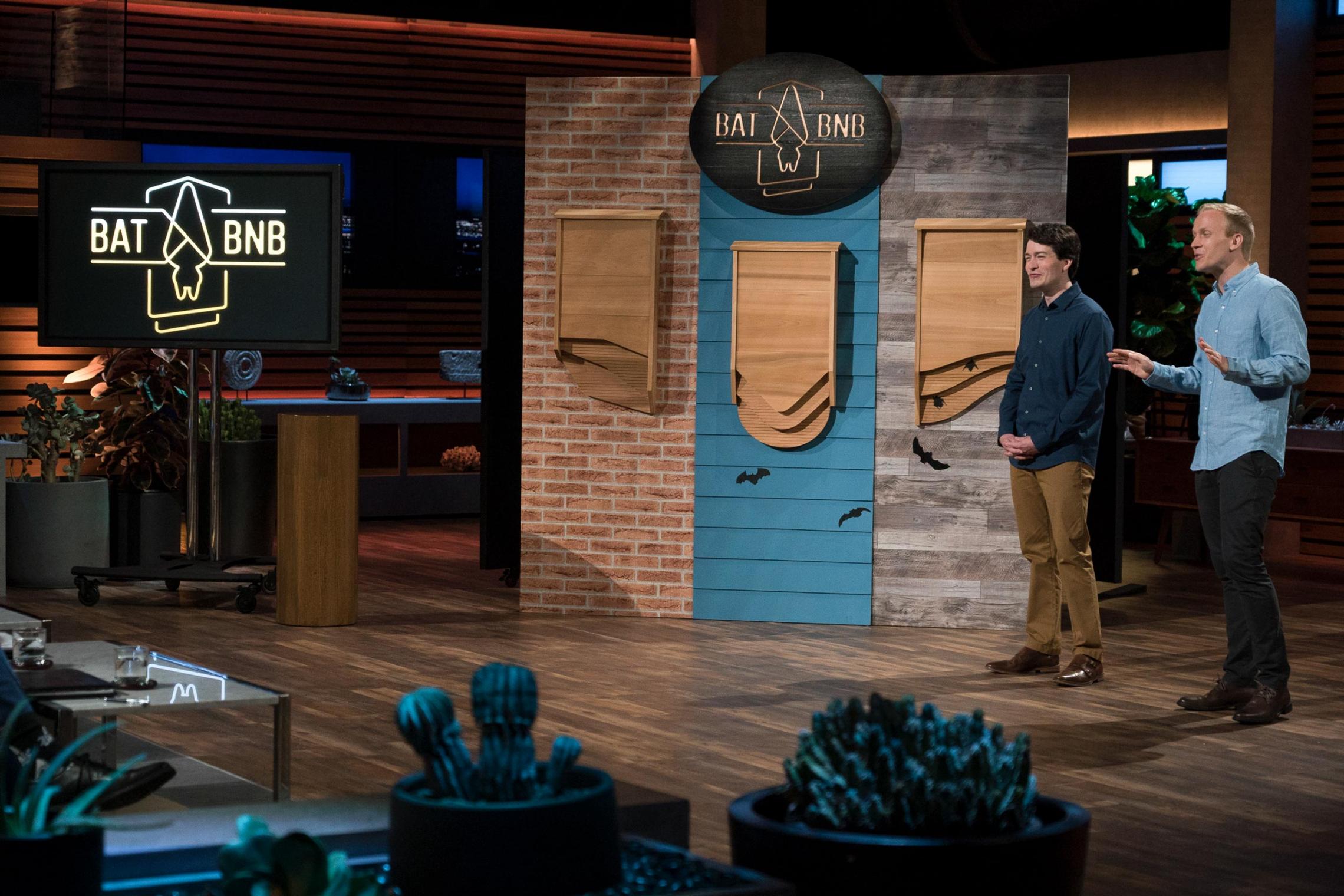 ABC’s “Shark Tank” show has seen many unusual things, but Sunday marked the first time a live bat made it onto the set.

That was thanks to University of Virginia alumnus Christopher Rännefors and his business partner Harrison Broadhurst, who went on the show to pitch their business, BatBnB, to five prospective investors, or “sharks”: Mark Cuban, Lori Greiner, Robert Herjavec, Daymond John and Kevin O’Leary.

After showing off a big brown bat named Radar, who was rescued after injuring her wing, Rännefors and Broadhurst explained how BatBnB’s sleek wooden bat houses, which can house up to 100 bats, protect the bats while offering humans a natural pest control solution.

“With winters getting shorter and warmer, insects like mosquitos are coming out earlier and in greater numbers, bringing Zika and other deadly diseases in their wake,” Rännefors, a 2013 graduate of UVA’s McIntire School of Commerce, told the panel.

However, he said, pesticides and other traditional pest control methods are harmful to the environment, and not so great for humans either. That’s where the bats come in. They are mosquito-eating machines.

“Most people don’t know that a common bat will eat up to 1,000 mosquito-sized insects per hour,” Rännefors said, eliciting a few surprised looks from the sharks. They are, he said, “one of nature’s greatest forms of natural pest control.”

Though some of the sharks were squeamish about bats, Canadian businessman Kevin O’Leary was enthusiastic, and made a deal to invest $100,000 in exchange for a 33% stake in the company.

“It was fantastic,” Rännefors said Monday. He and Broadhurst filmed the episode last summer, but did not know until a few weeks ago if their segment would air.

“You are so anxious leading up to it, having no idea how they are going to react to the idea,” he said, recalling how they prepared for the pitch. “Ultimately, though, we were confident that the sharks, who are well-educated, forward-thinking entrepreneurs themselves, would recognize the need for ‘eco-preneurship’ and solutions that both protect our planet and have tangible benefits.”

The show and the investment represent a big step forward for the company, which Rännefors and Broadhurst founded as a hobby in 2013. Their business had already grown quickly, reporting more than $135,000 in sales last year and earning other media coverage. By Monday, traffic to the company’s website had jumped still more, as “Shark Tank” viewers checked out the product.

“We were updating the site before the show aired, just to make sure it could handle the bump in traffic,” said Rännefors, who watched the Sunday night finale with his wife, also a UVA graduate, and her parents at the couple’s home in Lexington, Kentucky.

Rännefors and Broadhurst are already at work finding ways to expand their company. They recently launched a second line of bat houses at a more affordable price, and have been building relationships with cities, counties and public institutions with extensive pest control needs. UVA’s Facilities Management division, for example, uses several BatBnB bat houses around Grounds to naturally control mosquito populations in low-lying areas like the Dell, off McCormick Road. 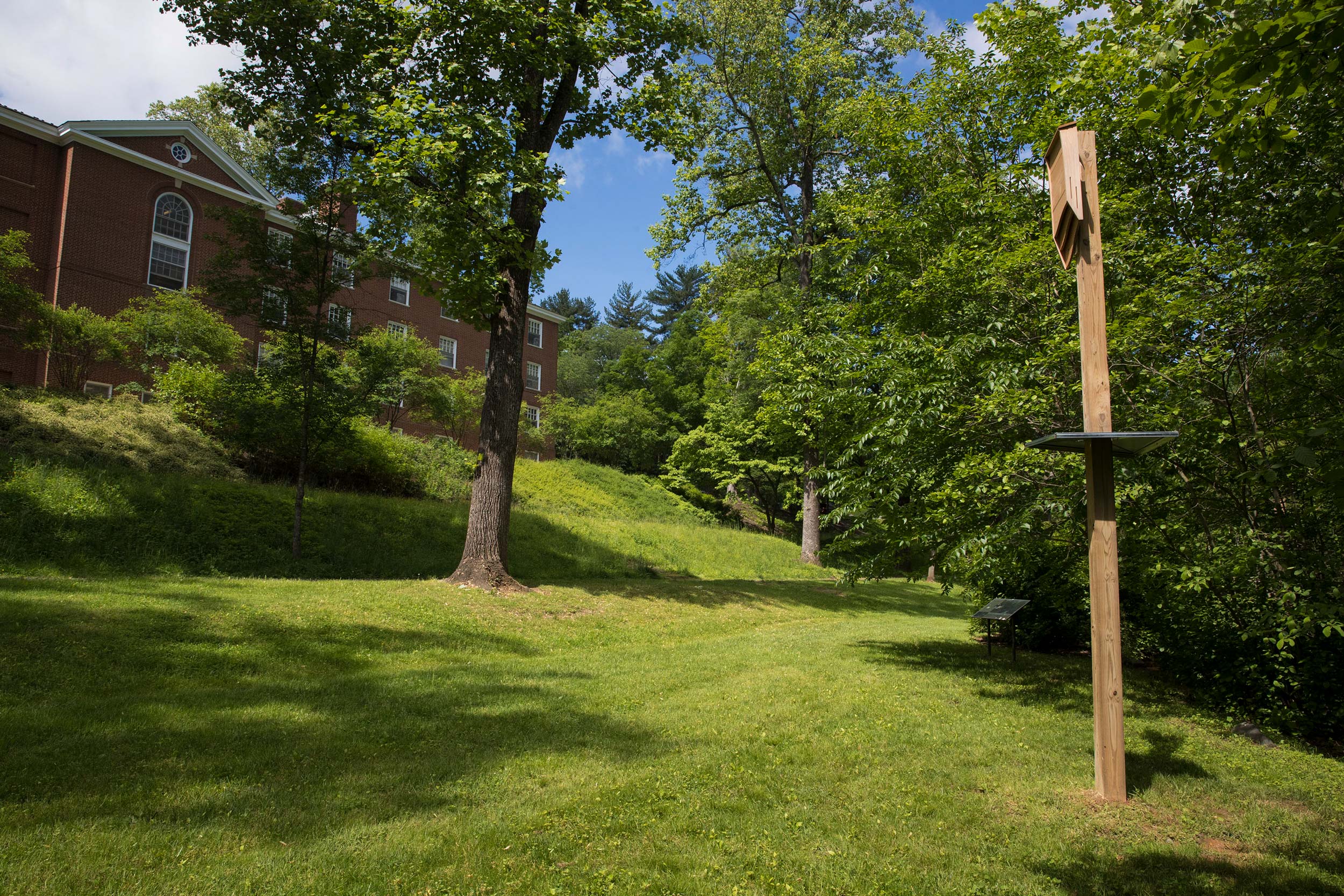 Rännefors is also hoping to ramp up the company’s digital advertising efforts, continue making presentations and generate media interest to raise awareness and dispel broad misconceptions about bats, which he says have gotten a bad rap in popular culture.

“Bats can be polarizing, even though they really shouldn’t be,” he said. “They are amazing creatures, and helping bats is one way of giving back to the environment while getting something in return.”

The alumnus credits the McIntire School for the presentation skills that helped him drive that point home in front of a national audience on “Shark Tank.” He said public speaking was a regular part of his business education, and he had the opportunity to present in front of a national audience at the American Advertising Federation’s National Student Advertising Competition Finals.

McIntire enters a team in the contest each year, and students spend a year building a mock advertising campaign in professor Carrie Heilman’s “Promotions” course. Rännefors’ team placed third nationally, out of more than 150 teams.

“I had a lot of opportunities to speak and present at McIntire,” he said. “It really prepared me, even for ‘Shark Tank,’ which is pretty high-pressure.”