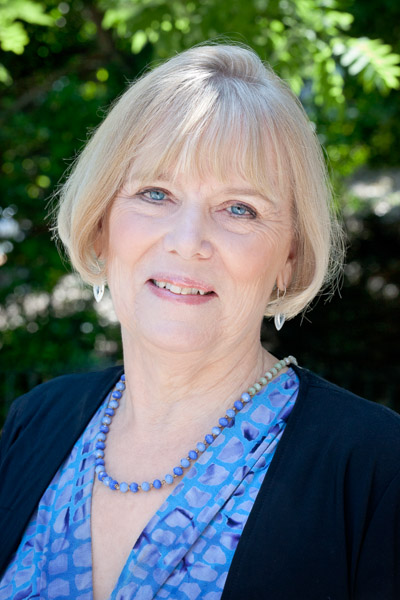 It was a one-woman show when Sharon Davie became director of the University of Virginia Women’s Center 25 years ago.

Today, a staff of 16 runs seven programs with the help of 33 student interns and other volunteers in what is now the Maxine Platzer Lynn Women’s Center, renamed after an alumna set up a $3 million endowment last year. Among its enduring programs are the Gender Violence and Social Change program, which began as Sexual Assault Education; and Iris, the online young women’s magazine. The Women’s Center has also offered counseling services since its founding in 1989.

Davie is quick to credit the thousands of students, faculty and staff who petitioned the University to establish a women’s center. In 1987, then-U.Va. President Robert O’Neil directed the creation of a two-year “University of Virginia Task Force on the Status of Women,” which eventually led to the center’s founding.

It’s a good time to make a change, Davie said. After a total of 37 years at U.Va., she’ll retire in June.

A Student Opened Her Eyes

The career turning point came for Davie after she earned a Ph.D. in English at U.Va. and taught at Kenyon College for three years.

“I was so helped that first year [at Kenyon] by a student writing at the end of a 20th-century fiction course, asking ‘Are there really only two women writers?,’” she recalled. “I had been teaching what I had been taught in the U.Va. Ph.D. program when so few women writers were taught.”

(U.Va.’s English department “has changed tremendously,” she noted. It has many more female faculty and many course offerings on or including women writers throughout the centuries.)

After that first year of teaching, she started a reading group in 20th-century female writers. Some faculty came, but also people like a man who ran a dry cleaning business, she said. “It was a diverse group.”

Returning to U.Va. in 1978 to teach 20th-century literature and drama, Davie was one of the few faculty members whose courses focused on women, and her students began flocking to her for help and more. In 1980, the College of Arts & Sciences’ dean at the time, the late Robert Kellogg, asked Davie to be the first director of Women’s Studies.

With a Ford Foundation grant for curriculum transformation, she laid the groundwork for the vibrant Women, Gender and Sexuality program that exists on Grounds today.

In 1989, she founded the Women’s Center, separate from the academic discipline in women’s studies.

“One thing I feel so good about is that the Women’s Center is strong and thriving,” Davie said. “The services and programs for students and also services for faculty and staff and outreach to the community – all those things are in great shape.”

One of those things is the successful Young Women Leaders Program, operated in collaboration with the Curry School of Education. A leadership and mentoring program for U.Va. undergraduates and middle-school girls, its mission is “fostering competence, connections and autonomy.” YWLP was started locally in 1997 and has now been replicated at additional U.S. colleges and universities, as well as international sites such as Cameroon and Nicaragua. More than 2,400 undergraduate women, graduate women and middle school girls from diverse socioeconomic, racial and academic backgrounds have actively participated in YWLP at U.Va.

In 2007, the Men’s Leadership Project launched after a group of male students told staff at the center, “We really want a program like YWLP for men.”

Mentors Helped in the Early Days of the Center

Former Executive Vice and President and Chief Operating Officer Leonard Sandridge called Davie on her first day as the Women’s Center director to see how things were going.

“He said two things that were so important to me,” she said. “One, that change is incremental; it takes time. Everything won’t happen at once. And the other was, ‘Here at U.Va., if something has lasted a year, it becomes a tradition, and that’s what the Women’s Center is going to be. It’ll be totally accepted as necessary.’”

In addition to Sandridge, former President John T. Casteen III was another mentor, she said. They would go to lunch and discuss topics such as administration and programming, she said.

At the time, she reported to the late Shirley Menaker, associate provost for academic support – a great role model, “visionary yet practical,” Davie said. When she returned from a yearlong ACE fellowship at Rutger’s University, Davie held a meeting to ask people about the Women’s Center, and two projects came out of it: the Young Women Leaders Program and a First-Year Resource Center. The latter didn’t end up working out – the mission was too diffuse, involved too many partners, and Menaker told her that.

“Clear to Shirley was that YWLP was off to a good start and students were getting a lot out of it, including the middle-school girls,” she said.

Davie also mentioned the late Jill Rinehart as “an exemplar of someone who’s not afraid of change and in fact walks toward it.” Rinehart, a prominent local resident and former member of the Charlottesville City Council, was one of the first members of the Women’s Center’s Advisory Council and helped some programs get underway. She also supported the creation of the center’s library, which bears her name.

“I worked as a program coordinator with Sharon in that first tiny Women’s Center space in Minor Hall and for years as the center moved, grew and expanded and while I got my Ph.D. in English literature,” Giavanna Munafo, wrote from Hanover, New Hampshire. She worked as director of Dartmouth College’s Women’s Resource Center for 10 years, starting in 1994.

“I would never have considered applying for jobs in women’s centers instead of assistant professorships without Sharon’s mentorship, friendship and support,” she wrote. “I learned everything I knew about running a women’s center from her.

“Sharon expected a lot; her passion and energy inspired all of us to work hard and accomplish much. She challenged me to be more connected and caring as I dashed about busily doing my feminist work,” said Munafo, who now teaches in Dartmouth’s Women and Gender Studies department.

Fourth-year English major Sandra Menendez has been involved at the Women’s Center throughout her time at U.Va.

“It has been a true honor and blessing to work with Sharon, for you never know where she’ll show up. You can find her at a Black Student Alliance event or co-sponsoring National Women and Girls in Sports Day with the Athletics Department,” she said. “Perhaps her greatest gift is that she cares so very much for her own marginalized community, but yet constantly extends her hands to others as well. I am firm in believing that the Women’s Center’s success can be highly attributed to Sharon’s desire to both include and give strength to voices that are not her own. She is so very selfless, but still so highly successful in her work.

“The Women’s Center has truly been a home for me over the past four years, and Sharon perfectly captures who I want to be as a woman in the world: generous, empathetic and driven to change. This university has had a lot of tumultuous moments in its history of attempting to attain a sense of diversity and inclusion; but yet, there are also a fair share of impactful, brave souls in our history book who give themselves completely to the possibility of a better world. Sharon Davie is, undoubtedly, one of those history-shakers.”

Under Davie’s guidance, the center has developed a wider global focus. After attending an international conference in Uganda in 2002, she began traveling and gathering the stories of women in other countries like Kenya and El Salvador. What impressed her, she said, was discovering grassroots women activists doing transformative work to make a difference in their impoverished communities.

She has also taken students to El Salvador several times, and with photographer Peggy Harrison, created a traveling exhibit, “We Have to Dream While Awake: Courage and Change in El Salvador,” in 2008 that included interviews to show the courage of Salvadoran women and their communities. The first part of the title comes from a comment one of the women made, and it has become one of Davie’s favorite quotes, she said.

In 2010 she traveled to the University of Nairobi as a visiting scholar and faculty consultant at the new African Women’s Studies Center as part of a Fulbright Senior Specialist grant.

Another way the center is involved with the larger U.Va. family and the surrounding community is giving out two awards: the Distinguished Alumna Award, established in 1991, and the Elizabeth Zintl Leadership Award, presented to a U.Va. faculty or staff member, in 1998.

In addition, a free legal clinic operates almost once a month, open to the U.Va. and local communities.

Davie edited and wrote significant parts of the only full-length book on women’s centers: “University and College Women’s Centers: A Journey Toward Equity,” revised in 2009.

The National Women’s Studies Association acknowledged her work at the Women’s Center with its Founder’s Award in 2011.

“I’ve seen so many changes, and those changes are for the better,” she said. “That, of course, comes from many, many people and units across Grounds, including administrators. I’m proud the Women’s Center has a part in the changing climate and culture.

“I would add that we still have a pretty long way to go. We have the opportunity right now – when this focus is on one of the most serious problems, of violence – to be even a better university.”

Davie’s next journey will take her to the San Francisco Bay area with her husband, where she plans to work as a professional life and leadership coach.

The Bigger Picture: Starry Night in the Rotunda END_OF_DOCUMENT_TOKEN_TO_BE_REPLACED