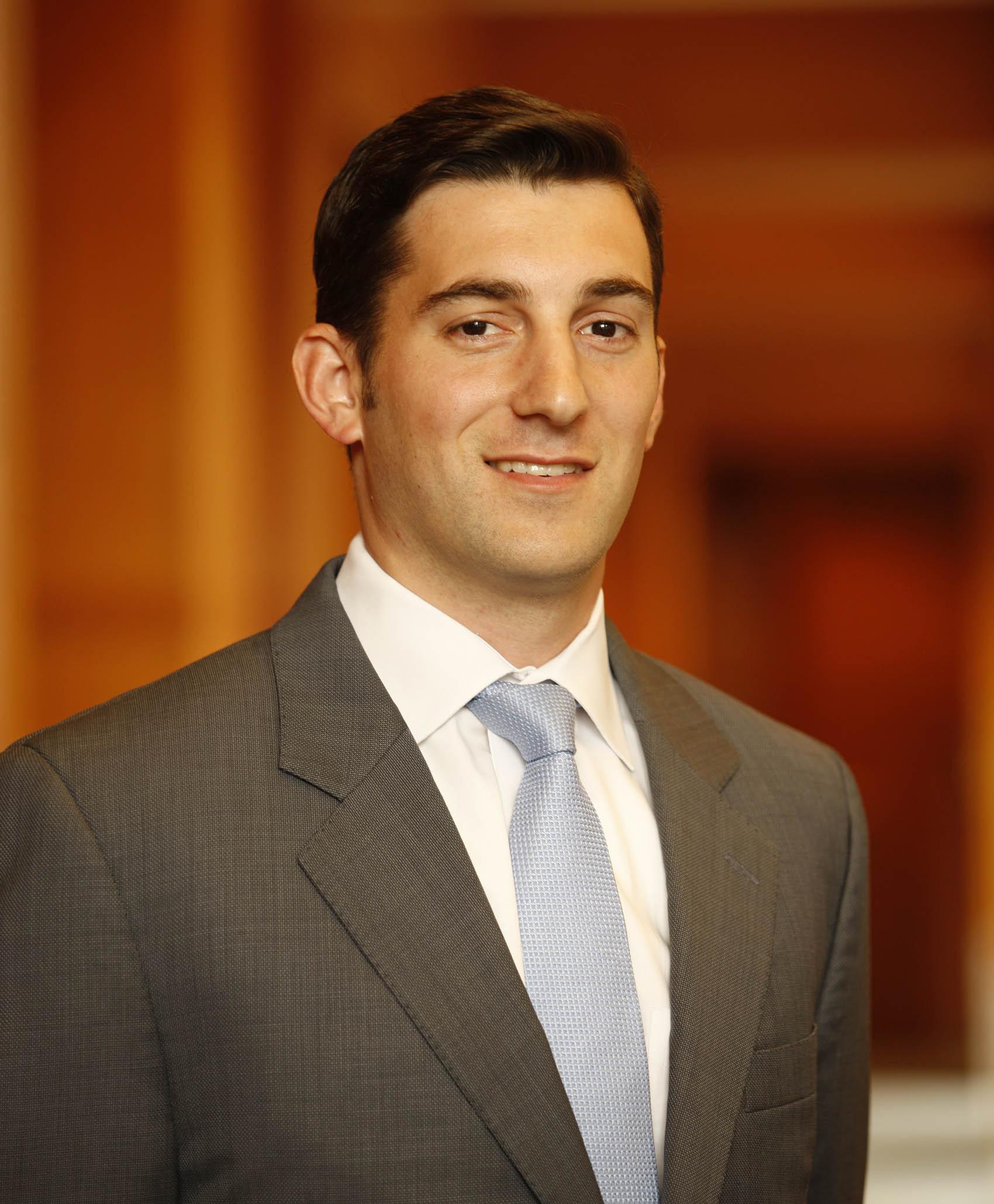 Four days before Simon Cataldo started his Teach For America job at Frederick Douglass Academy in Harlem six years ago, he learned his new assignment as a high school chemistry teacher had changed. He would instead be teaching math to middle school special-education students.

“It was pretty much a disaster for my first few months,” said Cataldo, now a University of Virginia School of Law student who will graduate May 18.

The Concord, Massachusetts native had just graduated from Colorado College with an environmental science degree in 2008. Just months later he was trying to lead a rowdy classroom of students with spotty academic records. Many faced difficult situations at home or came from troubled backgrounds. At one point, a student assaulted him.

“I felt very badly about the fact that these were children who had the world stacked against them, and on top of that they had someone standing in front of them who couldn’t teach them math,” Cataldo said.

Trying one more idea, he asked the worst-behaving boys to meet him on the handball court outside the school. Using donated lacrosse gear, he hoped to start a team.

“I told them, ‘This is a lacrosse stick. I’m going to take you outside and you can hit each other as hard as you want with these for two hours,’” he said.

Eleven students took him up on the offer.

That desperate experiment led to the launch of a nonprofit organization Cataldo is president of today, six years later. Harlem Lacrosse and Leadership, an academic mentoring program that uses lacrosse and academic tutoring to teach leadership, discipline and teamwork, now serves 145 students in two Harlem schools, involving both girls’ and boys’ teams. The program plans to expand in the fall to two more Harlem schools and one public middle school in Baltimore.

“Their self-esteem and self-respect went way up,” he said. “What I was missing [before] was that the first, most important predicate to them learning was them trusting me and having a relationship with me that mattered to them, and after that they could start respecting their own education.”

“The newness of it was extremely important, because some of these children have never been told that they’re good at anything in their life, so when you walk into a room and teach them math, they automatically think that they’re bad at it because of everything that’s happened before,” he said. “But when you teach them lacrosse, they could be the best player at school on the first day – and that’s pretty exciting.”

Myles Smith, one of Cataldo’s first players, is now 18 and a junior at Kent Boarding School in Connecticut. He said he felt something special the moment he put the equipment on.

“I felt like this is who I am, this is where I’d love to be,” Smith said. “That feeling of my first game, I still remember it to this day. It was just the greatest feeling ever. I was happy; I was still learning, but I knew if I kept working at it, this could be big for me.”

Even once the team formed, Cataldo faced other obstacles. “We were the first public middle school lacrosse team in Harlem. People thought I was joking when I called – no one wanted to play us.”

Then the Frederick Douglass students finally were matched against a middle school team from an elite private school.

“We beat them 11 to 5, and then everyone would play us from then on,” Cataldo said.

The students also began to improve in school, as a result of Cataldo’s grueling work schedule of 5 a.m. to midnight, much of which he spent tutoring students and planning lessons. At the end of the school year, his students had the highest state math exam scores in the school’s history for middle school special-education students, and the highest gains in the district for former low-level performers.

Cataldo taught and coached for three years before entering law school. Before he left Harlem, he raised $75,000 to hire a full-time director for the fledgling program. Now HLL has six full-time employees who provide full-service academic intervention at the two schools, including mentoring and college trips, academic counseling, mandatory academic study halls at lunch, tutoring after school and required community service. Every program participant has graduated eighth grade on time in the past five years.

“We specifically target middle school kids because many students in Harlem drop out in eighth grade,” he said. “With those kinds of results, we found it to be relatively easy to gain support.”

Next year, 23 of the children who have participated in the program will be in boarding schools, having earned more than $7 million in scholarship offers. Starting in September, the number of students the program serves will expand to 250, supported by a yearly budget of $600,000 from donations and foundation grants. The organization’s success has been profiled in a number of national media outlets, and Los Angeles-based filmmaker Todd Hickey is working on a documentary over the next year. U.Va. lacrosse coach Dom Starsia also recently joined the board of the nonprofit.

“If I had known that it was going to grow so quickly, I probably never would have come to law school, and that would have been a huge mistake, because U.Va. – second to teaching – has been definitely the best experience I’ve had,” Cataldo said. “The professors here have been amazing, the students – ‘collegial’ is a catch phrase, but here it’s actually real.”

At U.Va. Law School, Cataldo modeled the same values in leadership and service he tried to instill in his students. He served as the managing editor of the Virginia Law Review, participated in the Law School’s Program in Law and Public Service and was a Peer Advisor.

”I came to law school hoping to better understand the structural forces in our country that allow the difficulties I saw in Harlem to persist, and thanks to my professors, classmates and the staff here, I think I've learned that and more over the past three years,” Cataldo said. ”At U.Va. Law, I’ve learned how to appreciate the nuances of tough problems in ways that will help me not only as a lawyer, but in my other pursuits as well.”

This year he took the school’s Prosecution Clinic, which allowed him to try misdemeanor cases and some felonies.

“Having that opportunity at U.Va. is something that I think is very special about this school, to get that practical experience and become part of a community in Virginia, where I know the police officers, and I know the witnesses and the victims and the court staff, and the defense attorneys – [it] has been really great,” Cataldo said.

Starting in the fall, Cataldo will clerk for Judge William Kayatta on the 1st U.S. Circuit Court of Appeals.

“Simon is a warm, graceful and humble person,” Prakash said. “I simply don’t know how he finds the time to be excellent in so many ways.”

Throughout his time law school, Cataldo worked as president of the board of Harlem Lacrosse and Leadership. He helped organize fund-raisers (more) and trips for the New York students to visit U.Va., during which they scrimmaged with local teams, got coaching tips from Starsia, and met the U.Va. lacrosse team (more). Cataldo recruited fellow Class of 2014 students Tunji Williams, Andrew Kilberg and Kathleen Barrington to serve on the board as well.

“They’ve been a huge help to me over the past few years,” Cataldo said.

On a recent Friday afternoon, HLL graduate Kelvin Sparks Jr., a Frederick Douglass Academy high school student, was visiting the University following his acceptance to U.Va.’s School of Engineering and Applied Science. Cataldo spent much of the day shepherding Sparks around Grounds and even found time to play lacrosse with him on the Law School lawn.

“Playing lacrosse is just a lot of fun, especially when you’re surrounded by a great group of people like Coach Cataldo,” Sparks said. “It makes you want to work hard; it makes you want to be the best that you can be. That’s definitely something I took away from Harlem Lacrosse and Leadership.”

Sparks has given back to HLL by mentoring younger students and peers in the program. Smith, too, is ready to pass on the lessons he’s learned in HLL to the next generation, including his 3-year-old brother, Cayden.

“He has a little mini-stick now and everything,” he said. “I’m trying to teach as much as I can. He likes it. He always grabs the stick when he sees me practicing.”

Smith, who is being actively recruited by top college lacrosse programs, said he still calls Cataldo for advice on school and his future.

“He really helped me see that if I just work hard and push through, I can accomplish anything,” said Smith, who wants to be a corporate lawyer. “Words can’t even explain the big jump from where I saw myself before I met him, to where I see myself now.”