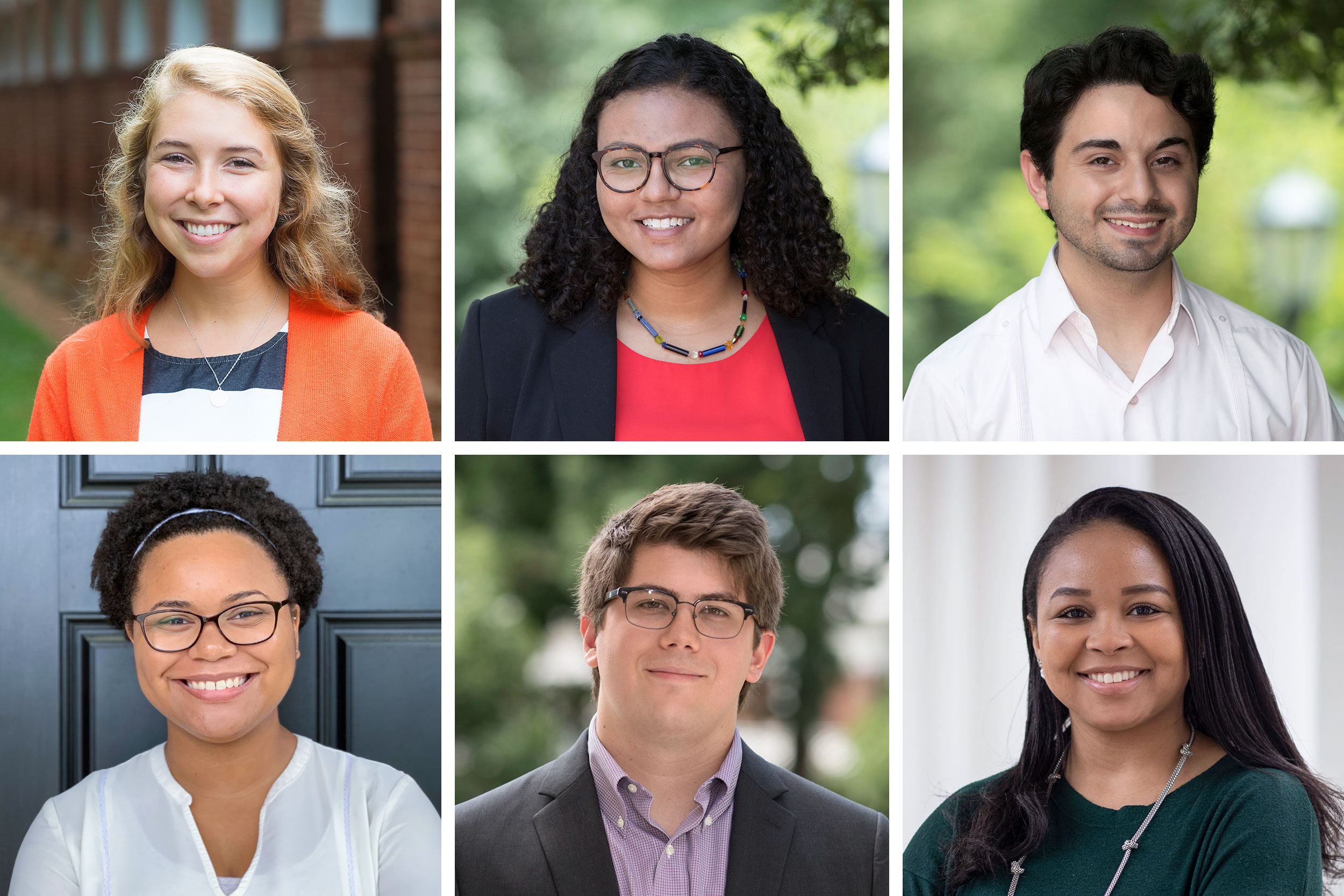 Six University of Virginia students were selected for this year’s Governor’s Fellows program, the largest contingent from a single school in the state.

First created by former Gov. Chuck Robb in 1982, the program offers rising college seniors, graduating seniors and graduate students an opportunity to gain firsthand experience working under cabinet secretaries and alongside staff in the Office of the Governor.

“Every summer, I look forward to the arrival of the Governor’s Fellows and the unique experiences, perspectives and energy that each one of them brings,” Gov. Ralph Northam said. “This program aims to cultivate the next generation of Virginia leaders by introducing young Virginians with a desire to serve to the workings of the executive branch and helping them build the skills and relationships to create a positive impact in our commonwealth.”

Each fellow is placed in a division within the Office of the Governor for the summer. In those offices, the fellows take on a variety of tasks and projects. They also hear from guest speakers from the administration and travel across the commonwealth.

The Governor’s Fellows Program is open to students at Virginia colleges and universities as well as Virginia residents studying outside of the commonwealth.

This year’s Governor’s Fellows from the University are:

• Grace Bird Blanchard of Monterey, a rising fourth-year student in the Frank Batten School of Leadership and Public Policy majoring in public policy and leadership, who wants to learn about policy creation.

“Having grown up in Highland County, I feel special connection to the rural community and am passionate about the future of small-town America,” Blanchard said. “I applied to be a Governor’s Fellow because I genuinely believe that state policy has the ability to strengthen society, providing economic sustainability and meeting people’s needs.” 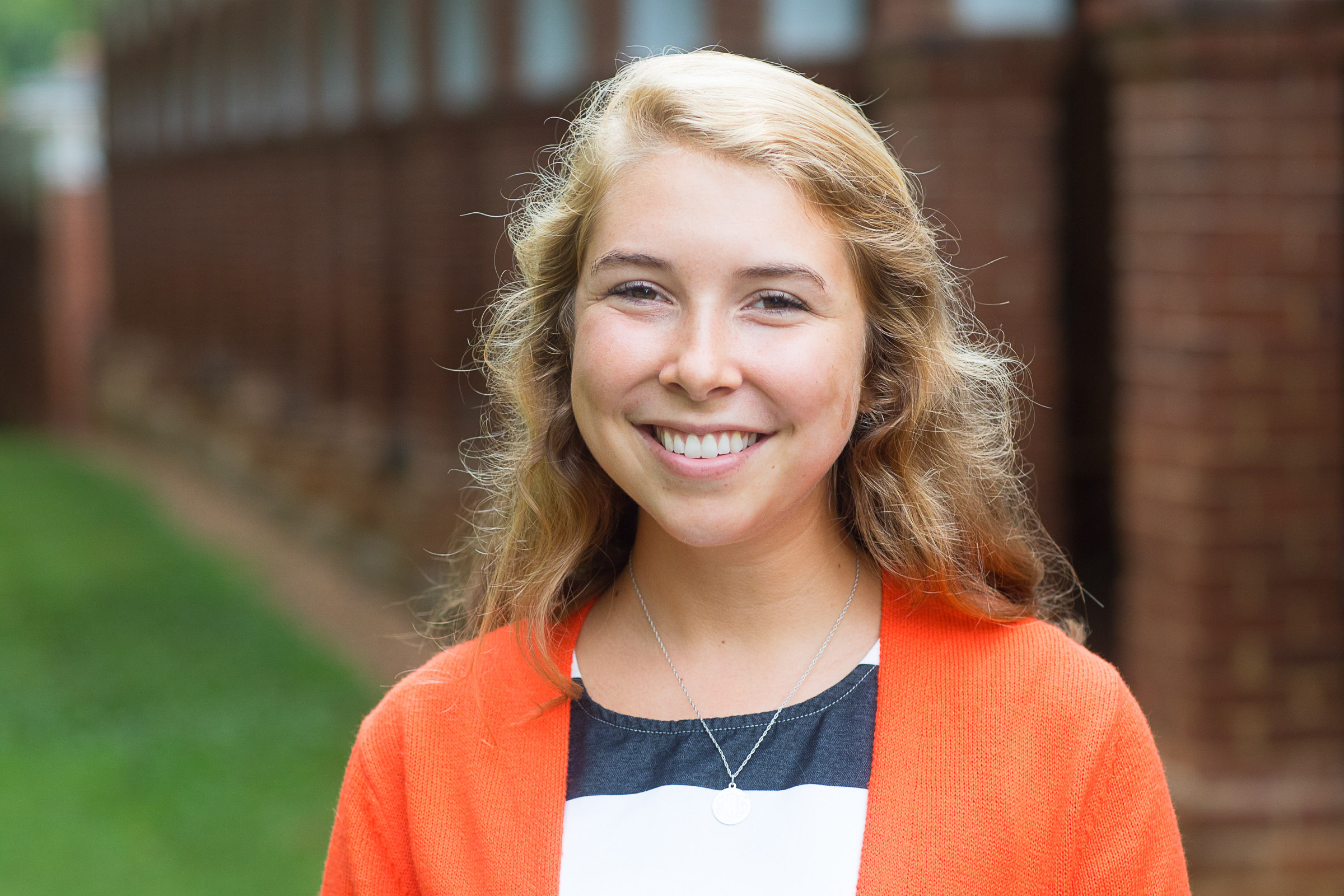 Blanchard is a Class of 2020 class council representative; a student docent at the Fralin Museum of Art at UVA; leadership chair and chaplain of Alpha Delta Pi sorority; and a member of Reformed University Fellowship. A graduate of Highland County High School, she wants to pursue a career in state government and public service. She also worked at The Highland Center and the UVA Alumni Association.

“The distinctive balance between economic and ethical analysis within the Batten School’s curriculum has taught me to understand the complexity of public issues,” Blanchard said. “From my classes, I have learned to value the context of a problem and examine the institutions where public policy is made.”

She wants to learn how to be a voice for communities, to serve constituents across Virginia.

• Virginia Chambers of Henrico, a rising fourth-year student double-majoring in government and art history with an urban and environmental planning minor, who said the fellowship dovetails with her studies.

“It will allow me to apply some concepts from class in the real world and see where reality diverges from the classroom,” she said. “I also think the fellowship will plug a gap in my governmental understanding. Sometimes politics classes focus on issues at the national level and beyond, overlooking state and local government in the process. I think the fellowship helps round out this knowledge.” 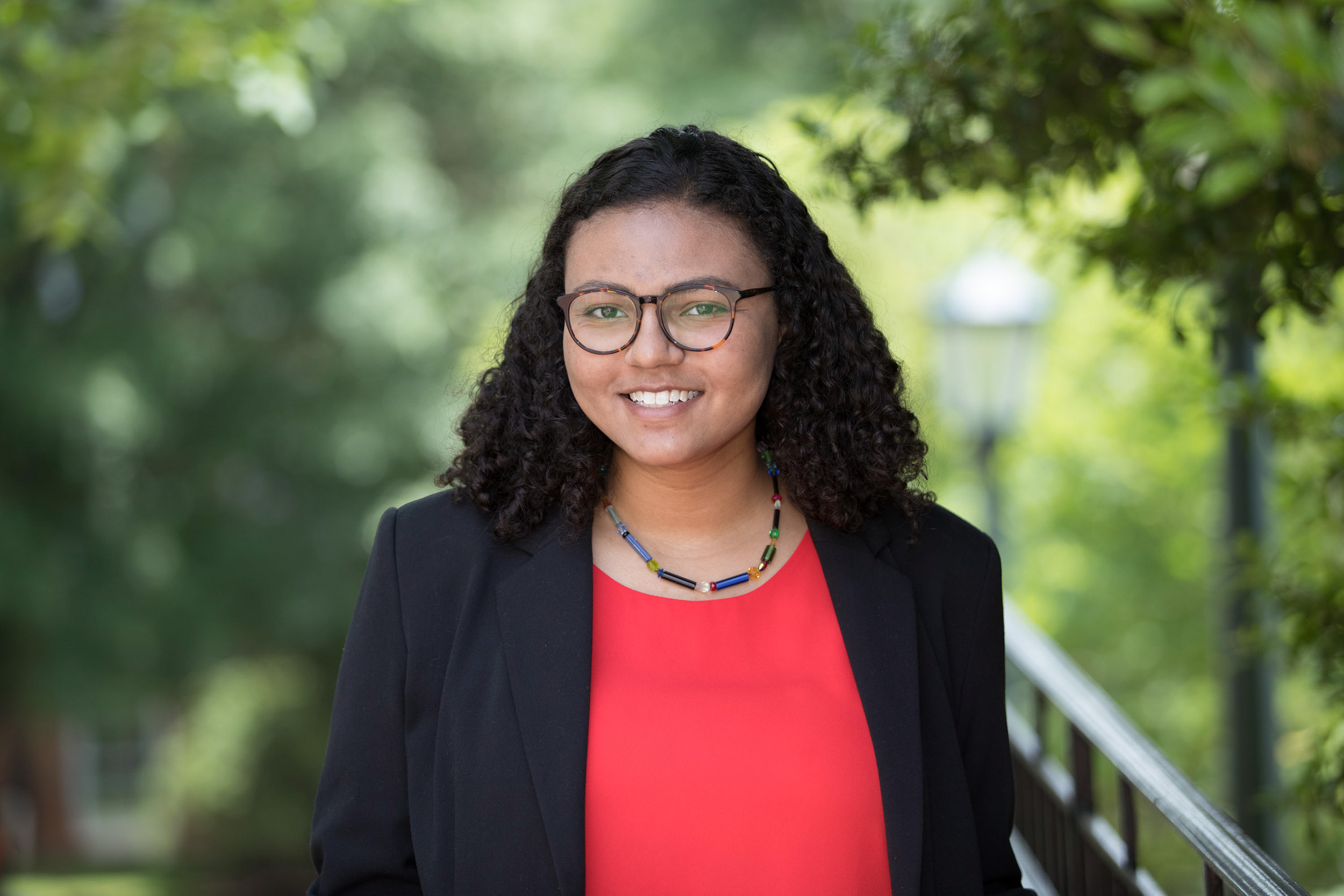 An Echols Scholar, Chambers has held several offices within the University Democrats and the Jefferson Literary and Debating Society. She has been vice chair of the Charlottesville Area Transit Advisory Board and a senior fellow at the Tom Tom Festival. A graduate of the Maggie L. Walker Governor’s School for Government and International Studies, Chambers plans to work in politics or government in Virginia or Washington, D.C.

Chambers wants to learn a lot about the functions of state government this summer.

“As a politics major, understanding how state government operates is a major part of having a well-rounded knowledge of politics,” she said. “I hope to determine if I’m really as interested in state government as I think I am, after seeing it up close. I think the program will be a good indicator of what I should be looking into for after graduation plans. Additionally, I’m hoping to gain a better understanding of the role of the executive branch and cabinet in Virginia, as their roles are not always totally clear.”

• Alex Cintron of Virginia Beach, who graduated May 18 with degrees in history and government, who said the fellowship will help him in a possible public service career.

“It gives me the opportunity to obtain firsthand experience with public policy and how it is executed in Virginia, giving me invaluable experience that will inform my future career,” he said. 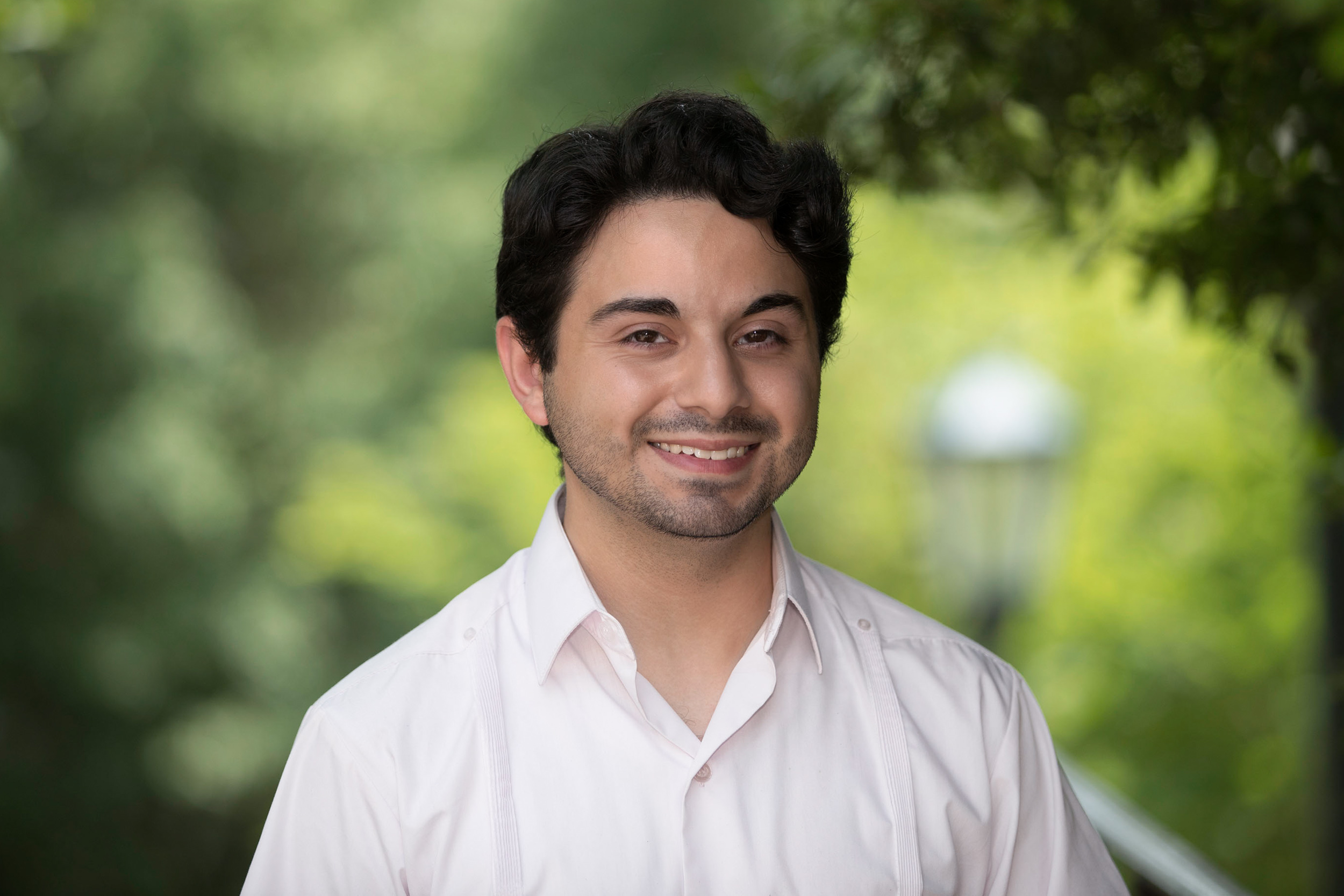 While a student at UVA, Cintron was the first Latinx president of the Student Council. He was co-founder of the Latinx Leadership Institute and a member of the Jefferson Literary and Debating Society. A graduate of Ocean Lakes High School, he plans to continue working in public service and possibly attend law school.

“I have graduated with a degree in government and history, and this fellowship will be a way to apply the knowledge I gained over my courses in the real world,” Cintron said.

• Natasha Coleman of Richmond, a rising fourth-year student in the School of Nursing, who said she wants to be “a voice to the voiceless.”

“Having the opportunity to work alongside people who can create change for the greater health of Virginia means a lot to me,” she said. “I have both an academic and personal understanding of the social determinants of health and how they impact the marginalized communities and I can add to the conversations around laws and policies that the state enacts to protect those people.”

Coleman is a John Blackburn Scholar and a member of the Sigma Theta Tau International Honor Society of Nursing; a peer adviser for the office of African American Affairs, where she is an incoming senior peer adviser for external affairs and served this past year as a co-chair for the selections committee; and a UVA School of Nursing Student Ambassador. A graduate of Thomas Jefferson High School, she plans to work in a labor and delivery or an oncology inpatient unit immediately after graduation in May 2020. 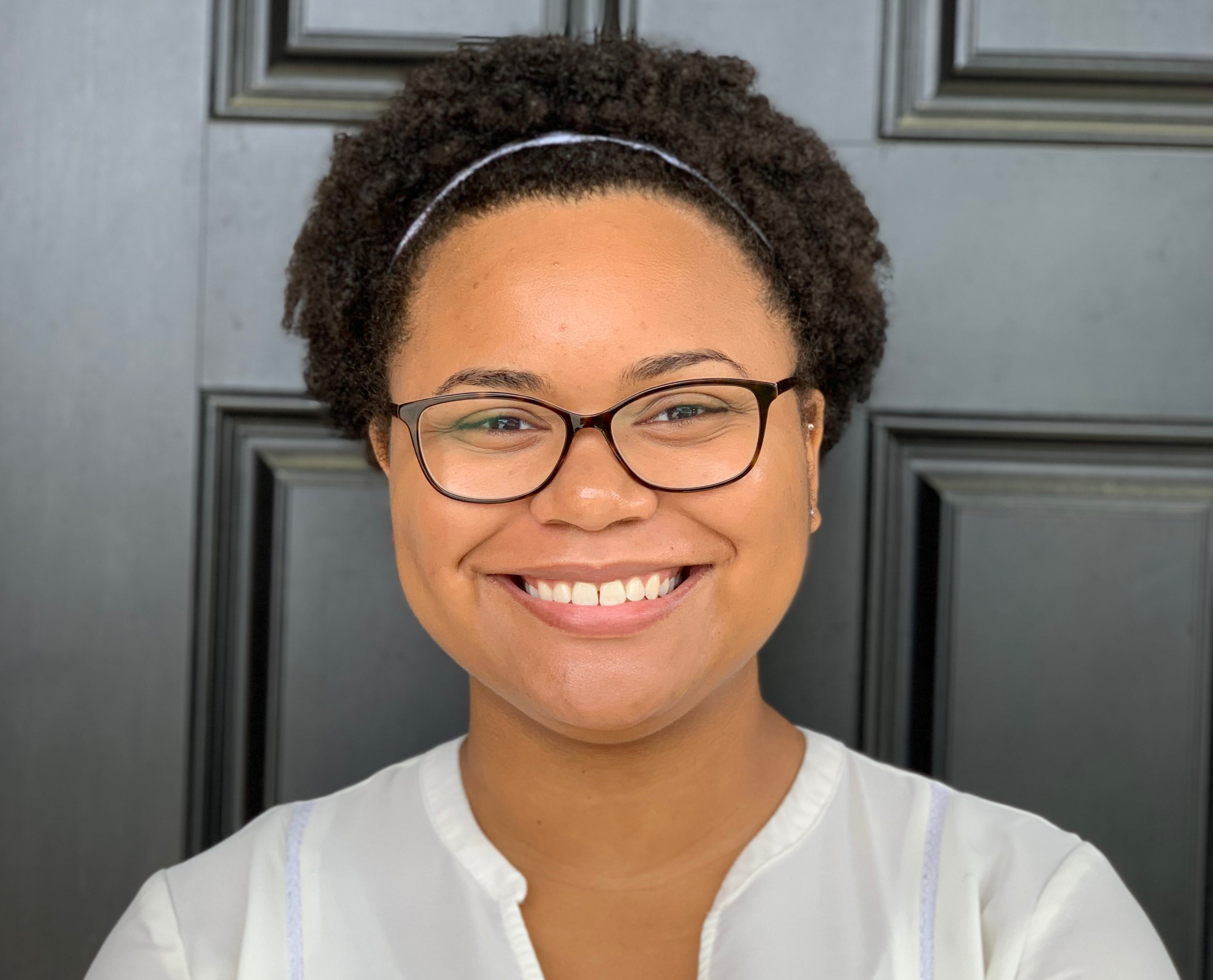 “After a few years I plan to obtain a Master of Science in Nursing and become a nurse practitioner and eventually work toward a Ph.D. focusing on black maternal mortality,” she said.

Coleman wants to learn how policies and laws are created and what it looks like to work in a government office.

“Nursing has taught me that I must be a patient advocate when they are unable to advocate for themselves,” she said. “Being a part of this fellowship will allow me to learn more about state government and what it will look like for me to advocate at various levels of government to improve patient outcomes.”

She said this type of fellowship is unusual for a nursing student.

“I am not the typical applicant for things like this,” she said. “When I received the acceptance letter, it showed me that I do have the opportunity to make a difference.”

• Sam Lesemann of Charlottesville, who graduated May 18 with bachelor’s degrees in history and psychology from the College of Arts & Sciences and is pursuing a Master of Public Policy degree at the Frank Batten School of Leadership and Public Policy, who wants to familiarize himself with the state government in Richmond. 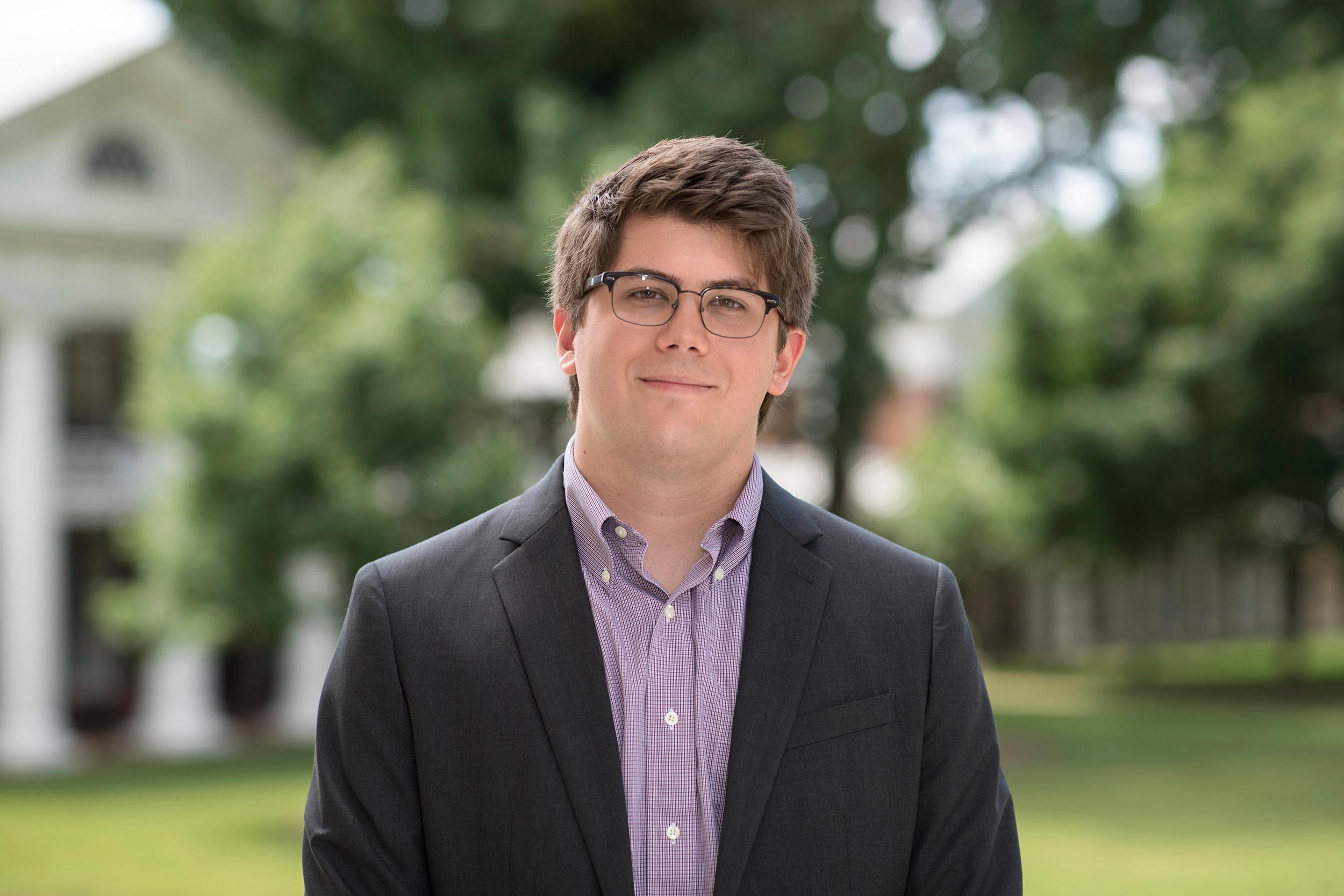 “I’m very excited to see how public policy is designed and implemented in a real-world context after my first year of my master’s program,” Lesemann said. “I saw this fellowship as an excellent way to get hands-on experience working in the upper levels of state government.”

An Echols Scholar, Lesemann is a member of Phi Beta Kappa, the Washington Literary and Debating Society and the University Judiciary Committee. A graduate of Western Albemarle High School, he plans to work in government at a state or local level.

• Kiara Rogers of Richmond, who graduated May 19 from the Frank Batten School for Leadership & Public Policy with a degree in public policy and a minor in sociology, who has focused on policymaking in her education.

“Having the ability to work within a prominent office that is tasked with crafting and evaluating policy will provide me with firsthand experience about what I’ve learned throughout the past four years,” she said. “This fellowship allows me the chance to work alongside state policymakers, witness their process and contribute to solving some the state’s biggest problems.” 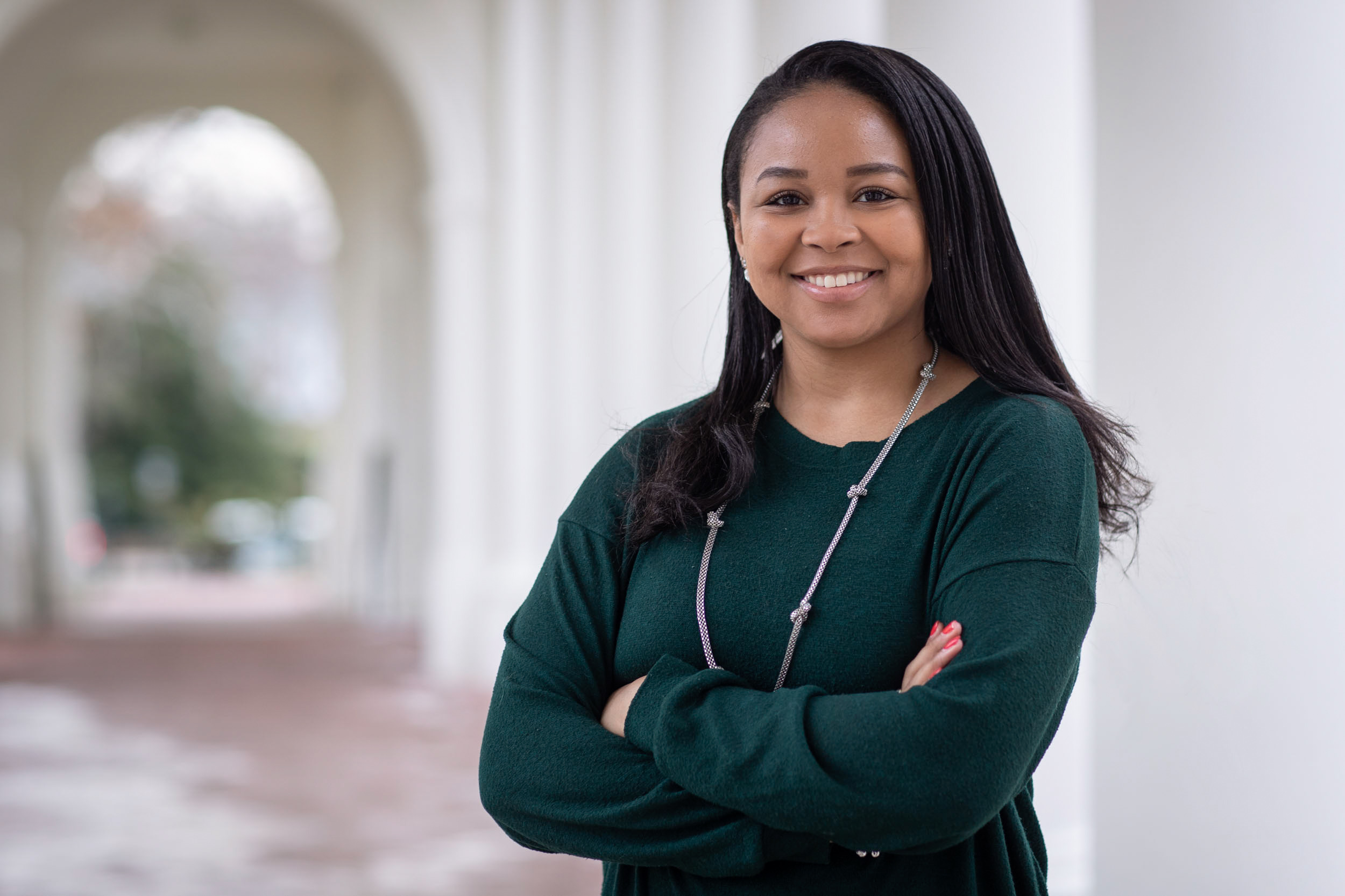 Rogers is an Echols Scholar, a Blue Ridge Scholar and a University Achievement Award Scholar; a Meriwether Lewis Institute for Citizen Leadership Fellow; a counselor for the University Judiciary Committee; a senior peer adviser for the Office of African American Affairs’ Peer Adviser Program; vice president for administration of the Black Voices Gospel Choir; a member of the Office of the Dean of Students Advisory Board for First-Generation and Low-Income Students; and a member of the Executive Vice President & Provost search committee. She was an intern at the Center for Effective Lawmaking. A graduate of the James River High School, Rogers will enter Columbia Law School in the fall.

“From my educational background and professional experience, I have discovered that my passions lie within the intersection of policy and law,” Rogers said. “The Governor’s Fellow Program fits exactly within that medium, allowing me to do what I enjoy, make a meaningful impact and gain more experience in what I hope to do later in my career. From this experience, it is my goal to not only learn more about the functioning of state government, but to also better understand the prominent issues facing the commonwealth and the process for tackling them in an innovative and effective manner.”