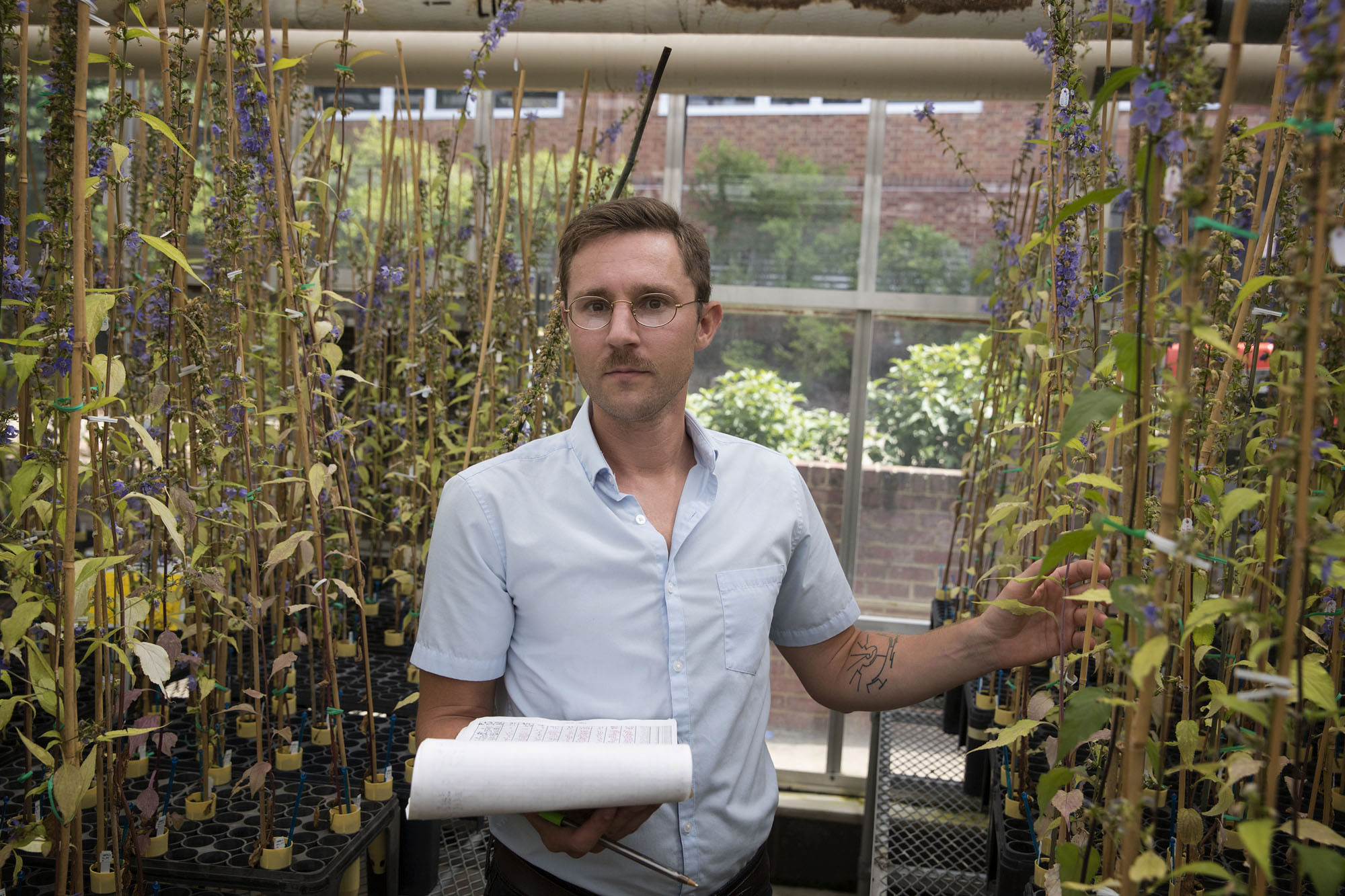 Bumblebee populations are declining in the United States for a range of reasons – loss of habitat, pesticide use, climate change, competition from non-native species, and non-native parasites. As major plant pollinators, bumblebees are important to plant reproduction and the overall health of ecosystems. As the abundance of these large hairy bees has dropped in recent decades, scientists have held out hope that smaller native bee species can step in as efficient and effective alternative pollinators.

A new study indicates, however, that smaller bees, while every bit as busy as bumblebees, are not good substitutes for their bigger cousins because they remove more pollen than they transfer, thereby providing little benefit to plants. In fact, some small bees can even reduce plant fertilization by “stealing” pollen rather than spreading it to the stigma of flowers, ultimately resulting in a decline in seed production.

“We were surprised to find that some of the small pollinators were actually detrimental to the plants they visited, rather than beneficial,” said Matt Koski, the study’s lead author and a postdoctoral fellow in biology at the University of Virginia. “It turns out, some of these small solitary bees consume more pollen, and provide more pollen for their offspring, than they transfer between plants.”

Koski’s paper – which suggests that declining plant seed production, or fitness, is unlikely to be compensated for by small bees when bumblebee populations wane – is published this month here in the journal Proceedings of the Royal Society: Biological Sciences.

Koski and his study colleagues at UVA and the College of Wooster in Ohio focused on the pollination of a widespread eastern North American plant, the American bellflower, or Campanula americana.

The researchers meticulously looked at how much pollen, grain by grain, was taken and deposited to each sample flower during each visit by bumblebees and two species of small bees, as well as an intermediate sized bee.

The nectar-seeking bumblebees clearly deposited at least as much pollen between flowers as they took, and, importantly, they frequently visited the female phase of flowers, carrying pollen on their hairy bodies. This resulted in highly efficient fertilization.

The small and intermediate bees, on the other hand, tended to visit the male phase of the flowers, consuming and taking more pollen than they deposited between flowers, often resulting in inefficient pollination and even negative seed productivity.

The study demonstrated that fewer bumblebee visits were required to sustain plant fitness, whereas the small solitary bees often reduced plant fitness as a result of the pollen thievery. Additionally, the stolen pollen also left less pollen for the bumblebees to transfer between plants.

“The finding really speaks to the need to maintain habitat and conditions for the proliferation of bumblebees,” Koski said. “They are important pollinators for many crops and wild plants, and with less of them we could see a changing landscape.”

The research was conducted in 23 plant populations spanning from southern Alabama to Minnesota. The pollinator efficiency metrics were done in Ohio, and experimental relationship between pollen grains deposited and seed set was done at UVA. Koski’s UVA co-authors are biology professor Laura Galloway, and biology student Angela Pham.

What Is the ‘4th Side’? END_OF_DOCUMENT_TOKEN_TO_BE_REPLACED