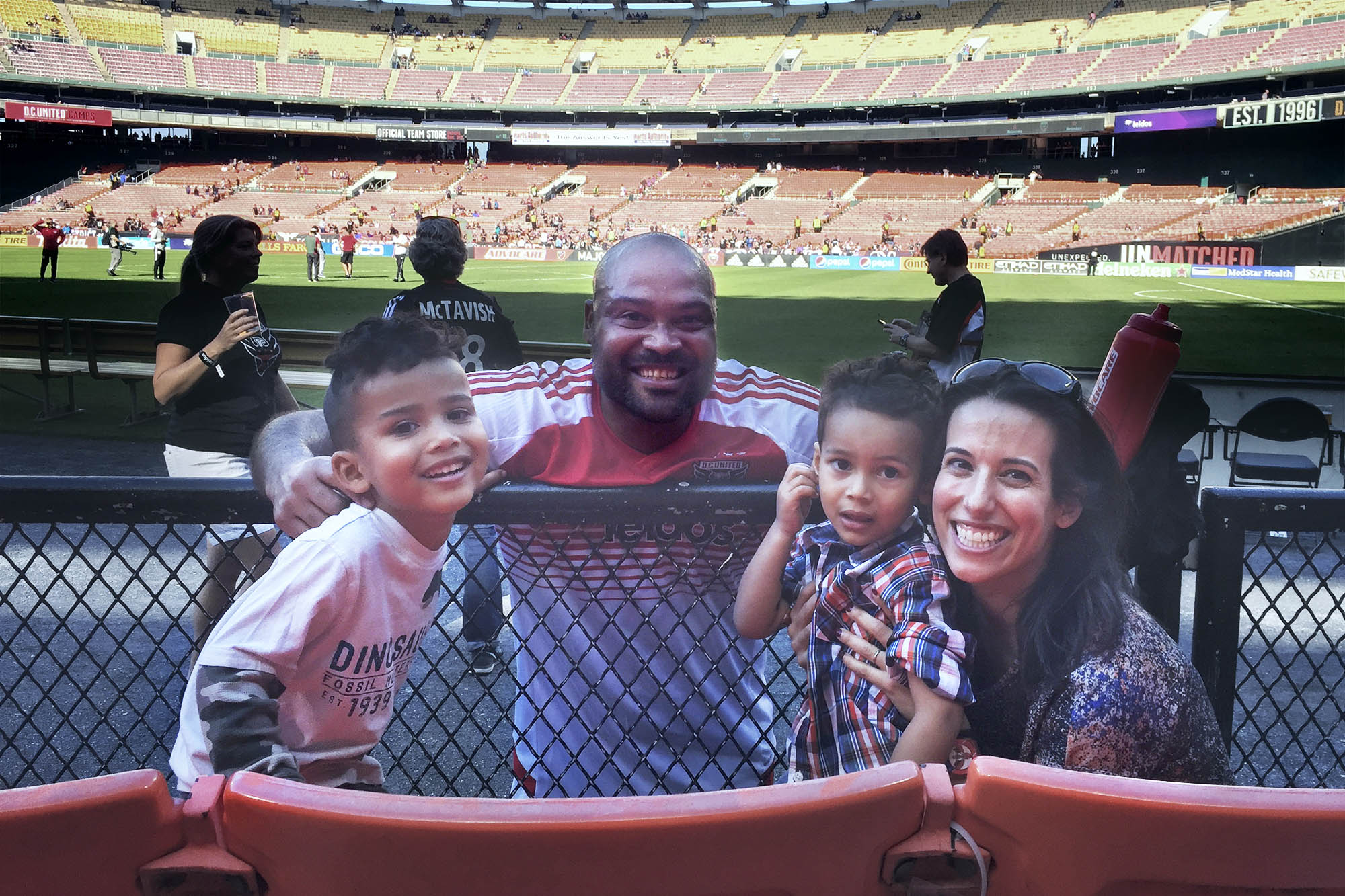 If you think pandemic life is tough, imagine what it’s like for an emergency room doctor.

Now imagine what it’s like for one who doesn’t have his family around to support him.

This has been the scenario for former professional soccer star Robbie Russell during the last eight months.

When Russell made his decision to do his residency at UVA Health two years ago, he thought he would have his wife, Tiana, and three young sons by his side. However, just a short time into the family’s stay in Charlottesville, Tiana – who had supported Robbie during a 12-year pro soccer career in Scandinavia and the United States – landed her dream job as a partner at a law firm in the Washington, D.C., area.

Tiana and the children moved to Northern Virginia, with Robbie commuting to see them as much as his schedule permitted.

Ever since, family time has been extremely limited – especially since one of the Russell’s sons is asthmatic and three grandparents have been staying with them, with all at high risk for complications if they contracted COVID-19.

“It’s been very hard,” Russell said. “But I think both me and my wife’s strength is that we’re adaptable. We’ve lived in lots of different places. And so we’re doing the best we can to make it work.”

Born in Ghana, Russell’s journey to becoming a doctor has been long and winding. His mother, a Ghanaian, and his father, an American, met while his father was working in the Peace Corps. His father later was a consultant for the United States Agency for International Development.

One of five children, Russell moved back and forth between Ghana and the U.S., living abroad in a number of places, including Sri Lanka, before settling in Massachusetts with his mother when he was 14, after his parents divorced.

A standout soccer player, Russell earned a scholarship to play at Duke University, where he met Tiana. Russell was on the pre-med track, but changed course after not faring well in a calculus class.

“I kind of just wrote off the whole thought of going to med school and kind of figured it just wasn’t for me,” he said.

After graduating from Duke in 2001 with a degree in sociology, Russell went on to play professionally in Iceland, Norway and Denmark before finishing his career in in the U.S.-based Major League Soccer with Real Salt Lake and D.C. United.

About halfway through his career, Russell suffered a knee injury that got him thinking about what he wanted to do when his playing days were over. 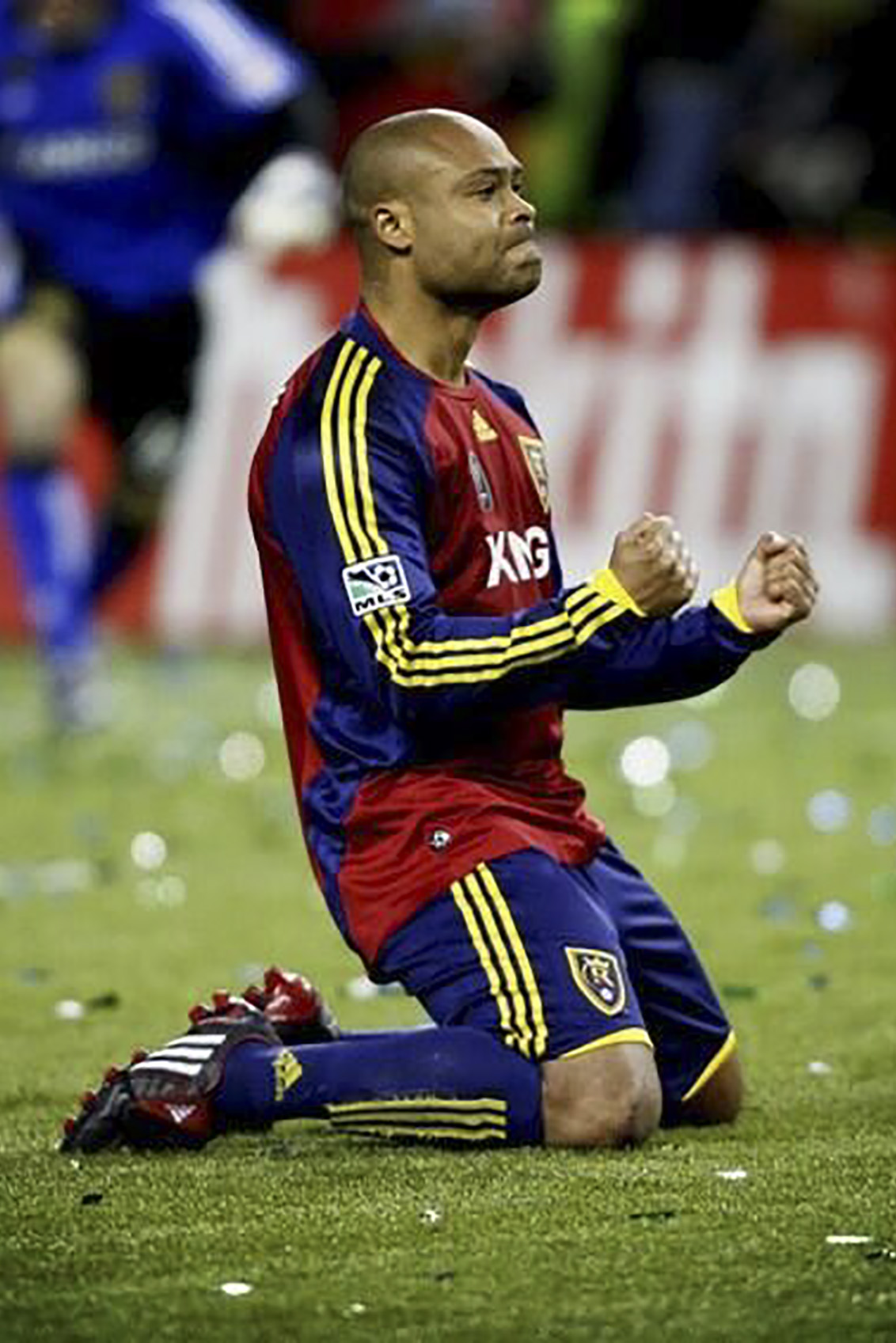 Russell jokingly told his father in-law, himself an emergency room doctor, that since he had originally been on a pre-med track in college, maybe he, too, should become a doctor.

“I thought he was going to laugh at me and be like, ‘Well, that’s definitely not going happen,’” Russell said. “But he kind of looked at me and was like, ‘Hey, you know, if that’s what you want to do, let’s do this.’ That was the first time someone in the field who knew me had said, ‘I think you can do this.’”

To make sure it was what he really wanted to do, Russell began shadowing his team doctors at Real Salt Lake and D.C. United on his days off.

It wasn’t long before he decided the path was definitely for him.

“It was the idea that you walk in a room with a patient who’s distressed – either in pain or having some sort of difficulty – and you have the tools at your hand to kind of give them relief to figure out what’s going on with them and to help them get better,” Russell said.

“They go from, you know, not being able to walk after a surgery to putting weight on their leg, and the pain is significantly better, the relief is palpable. Just being able to take care of people when they’re at their worst – that was appealing and really inspiring to me.”

After retiring from soccer in 2013, Russell earned the credits he needed through Georgetown University’s post-baccalaureate/pre-medical certificate program, then attended the George Washington School of Medicine and Health Sciences before starting his residency at UVA Health.

“One of the things I’ve really loved about it is that all of our attending [physicians] find ways to kind of connect with you as a resident,” Russell said. “Their job is to try and teach us how to do this job, but then at the same time how to do it with proper balance in your life. You know, these are people who have been successful at their work and they’re still doing it years later. And they’re doing it while at the same time having families, having kids and dealing with a lot of things that I’m trying to deal with now. 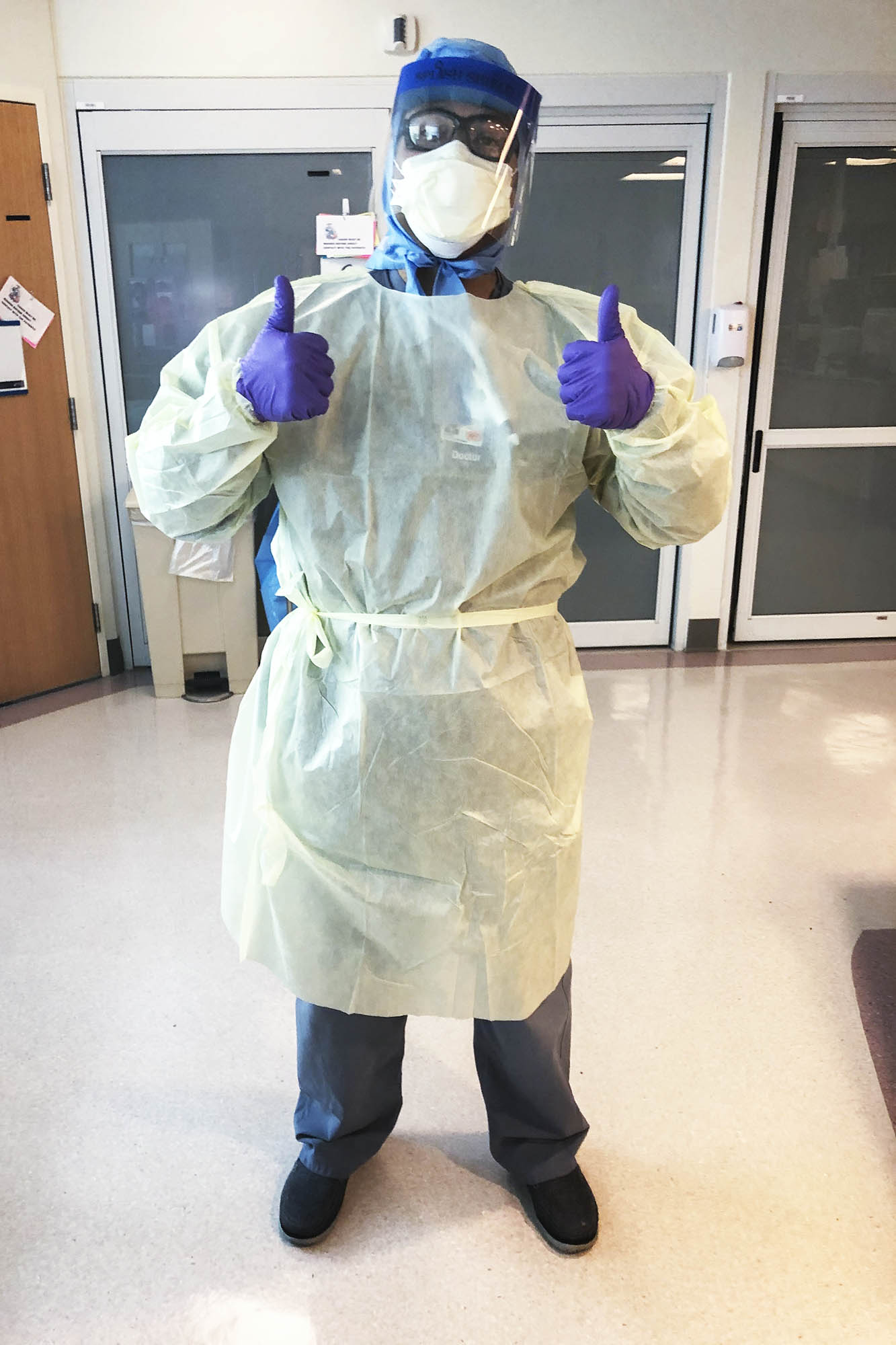 “Everyone struggles with balancing life and work, and I think that’s the biggest thing that I’ve been grateful about for matching here at UVA. There is a sense of community and a sense of being a part of a larger family that is almost palpable.”

Amita Sudhir, UVA Health’s residency program director and an associate professor of emergency medicine, said she has been thrilled to have Russell.

“Robbie is a compassionate physician who cares about his individual patients as well as larger societal issues that contribute to their need for care,” she said. “He brings a thoughtful approach to medicine.”

In her experience, Sudhir said former pro athletes, like Russell, make great residents because they are used to taking feedback seriously and changing their approach based on it.

“They expect to be told about opportunities for improvement,” she said. “You know that any feedback given to Robbie, you see on the very next shift that he is mulling it over and implementing it.”

“One of the most basic things that everyone can do to try and help prevent the spread of the virus is to wear masks,” said Russell, who had a call-up to the U.S. National Team during his career, but never played due to an injury. “It’s science-based. It’s proven. And so this was an idea we thought could get people restimulated and re-energized and to thinking about masks in a positive way. And for soccer fans, wearing a jersey is always like a big part of being a fan, right?”

After he concludes his residency, Russell – who has also remained close to the sport by working as an adviser to Major League Soccer Commissioner Don Garber on disciplinary actions – said he may want to work in a medical capacity for MLS.

However, there are clearly more important things to think about first.

“My first step is going to be to move back with my family,” Russell said. “I’m really excited to live in the same house again.”