Something New Is Brewing in Charlottesville 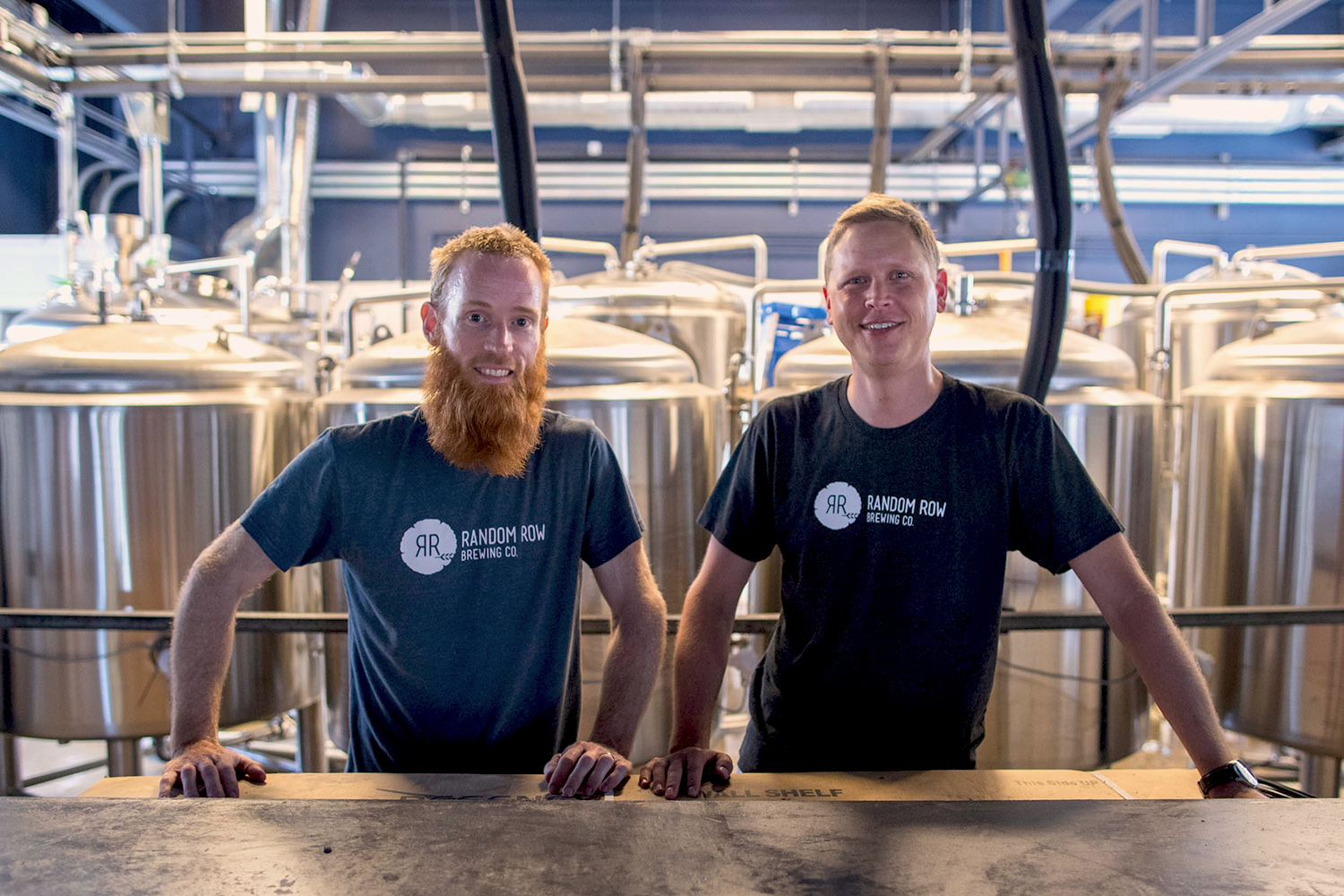 There’s a new brewery in town, led by a team of University of Virginia alumni and employees.

Random Row Brewing Co. is set to open later this month on Preston Avenue, adding another destination to a craft beer scene enjoying a surge similar to the renaissance that earned Virginia wine national acclaim.

Random Row is the first commercial venture for head brewer Kevin McElroy, who has spent years home-brewing beer between shifts at the UVA Health System, where he works as a clinical perfusionist operating machinery that circulates patients’ blood during open-heart surgery.

“Surprisingly, there are a lot of similarities,” McElroy said of his two jobs. “Obviously, working in a sanitary manner is very important, and I think my medical background has definitely helped me as a brewer.”

McElroy’s friends had long raved about his homebrews. After earning accolades on the competition circuit, he began contemplating a commercial operation.

Those plans became reality when a mutual friend introduced him to Bradley Kipp, a graduate of UVA’s Darden School of Business looking for a new venture in Charlottesville. Kipp agreed to run the financial side of the business and helped McElroy organize an investor pitch.

“We served some of Kevin’s home-brewed beer, and six days later, we were fully committed with the investments we needed,” Kipp said. Many of the investors are also UVA alumni or Health System employees.

Roughly a year after that first pitch, Random Row Brewing Co. is nearly ready to open its doors.

Inside, customers will find a taproom designed with history in mind. Stainless steel and wood decor reflect the site’s industrial past; it was once a manufacturing facility for King Lumber Company. The name itself pays tribute to the Random Row neighborhood that occupied land adjacent to the brewery until controversial urban renewal policies sparked widespread demolition in the 1960s.

There will be an indoor “beer garden,” an outdoor patio and plenty of space for food trucks, cornhole games and other entertainment.

Random Row’s most remarkable feature, however, might be what is missing. There are no walls between the bar and the brewing operation, which is located directly in the taproom. Customers sipping a beer need only look a few feet across the room to see where it was brewed. In fact, many bar taps connect directly to the large stainless steel serving tanks that represent the last step in the brewing process.

“Most places transfer all their beer into kegs or bottles. Many of the beers being poured at our bar will be coming straight from our tanks,” McElroy said.

“It will be the freshest around,” Kipp added.

Random Row will have a rotating selection of up to 14 beers on tap, as well as local kombucha and cold brew coffee. So far, McElroy has brewed a black Indian Pale Ale, called “Last Minute” because they decided to brew it the day before; “Baby Got Bock,” a German-style lager; and “Comfortably Number”, a session IPA, which has a lower alcohol content than a typical IPA-style beer.

“We are focused on quality and accessibility,” McElroy said. “We want to be a place where anyone can walk in and find something that they like.”

“We might use different spices, different kinds of yeast or add different flavors in the small system before brewing it in the large system,” McElroy said.

That experimental approach, combined with McElroy’s hospital-born zeal for cleanliness and precision, gives the whole operation the air of a well-run laboratory. Each fermenter has an attached spreadsheet carefully tracking all of the variables that go into making good beer, and McElroy monitors the whole process from his laptop to make quick, precise adjustments.

“Temperature control is one of the most important elements,” he said. “If you do not control the temperature well, you will get some flavors that you really do not want.”

The setup also opens the whole brewing process to the customer. The brewery plans to offer tours and even take suggestions for new brews.

“If someone asks if we have thought about doing something, we might be able to just go ahead and do it,” Kipp said.

They will also open Random Row up to community groups needing space for charitable events. The brewery’s charity of record is the UVA Children’s Hospital, chosen because so many of Random Row’s investors – and its head brewer – have ties to the UVA Health System.

“Having an excellent children’s hospital right in our backyard is such a benefit, so anything that we can do to help them out is great,” Kipp said.

McElroy and Kipp are also excited to host events with other brewers and bars in the area, especially the neighboring Three Notch’d Brewing Company and Kardinal Hall, each within walking distance on Preston Avenue. Both men report that relationships among local brewers are more collaborative than competitive.

“Three Notch’d has been one of our biggest helpers. Whenever I have a question, I give them a call, and they have come over a few times, or lent us ingredients,” McElroy said. “It’s been great and I believe there is still a lot of room for growth in this industry, locally.”

Netflix to Add Ads. Why This Could Be a ‘Game-Changer’ for Your Viewing Experience END_OF_DOCUMENT_TOKEN_TO_BE_REPLACED

What’s Next for UVA’s Class of 2022? END_OF_DOCUMENT_TOKEN_TO_BE_REPLACED