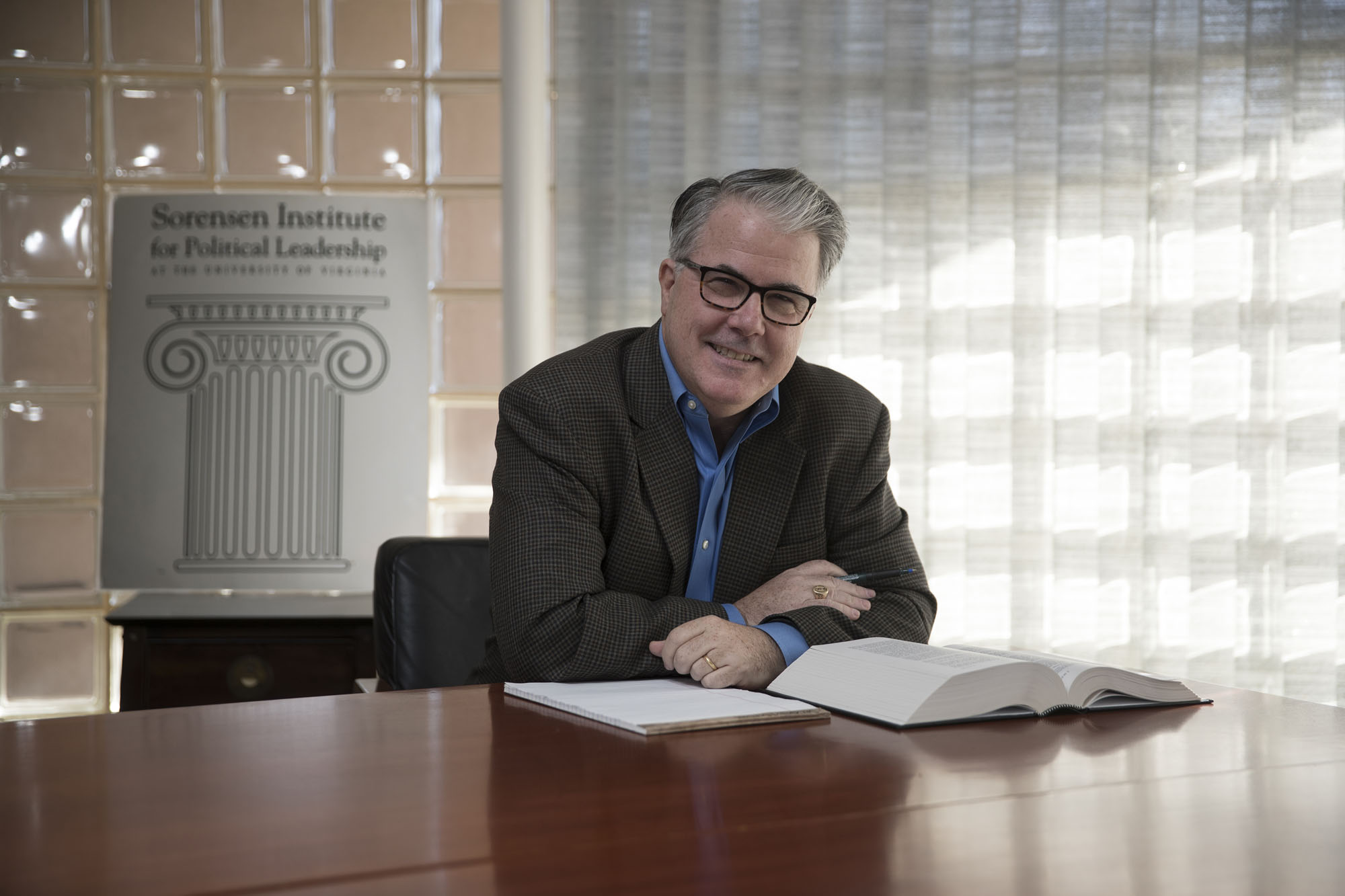 Tom Walls, an alumnus of the College of Arts & Sciences and the School of Law, will serve as the new executive director of the Sorensen Institute. (Photo by Dan Addison, University Communications)

Tom Walls, a legal, legislative and political advocate, is the new executive director of the University of Virginia’s Thomas C. Sorensen Institute of Political Leadership, a program that trains Virginians in the skills of politics and public policy and promotes ethics and civility in public life.

Ray LaMura, chairman-elect of Sorensen’s Statewide Advisory Board and chair of the search committee that chose Walls, announced the appointment.

“We are very pleased that Tom Walls will be leading the Sorensen Institute at this important time,” LaMura said. “Tom received recommendations from both sides of the aisle as a person of character, ability and good will. The members of the search committee unanimously agreed that the Sorensen Institute will be well-served with Tom Walls as its new executive director.”

“The Sorensen Institute is a great organization. Its mission to train political leaders and foster ethics and civility in public life is more vital today than it has ever been,” Walls said. “I’m honored to have this opportunity to join the Sorensen team as executive director, and eager to get started on this important work with partners across Virginia, and across the political spectrum.”

He has served as a senior staff member to three U.S. senators, most recently as chief counsel to Sen. Mark Warner of Virginia. He was a partner at McGuireWoods LLP and senior vice president of federal public affairs at McGuireWoods Consulting. Before joining Sorensen, Walls held the position of principal in the Public Policy and Regulation group at Dentons US LLP in Washington, D.C.

Walls’ legislative, political, legal and academic experience is broad and varied. He has played key roles in campaigns at every level, the legislative arena, congressional investigations, in academia and as an attorney helping clients to navigate matters of policy and ethical compliance. His experience has informed his many years as an adjunct faculty member at the George Washington University Law School.

Charlottesville businessmen Leigh Middleditch and Michael Bills founded the Sorensen Institute as the Virginia Institute of Political Leadership in 1993. The organization took the name of generous benefactor Thomas C. Sorensen in 1997. The institute’s programs are designed to help Virginians understand governance and government, ethics and campaign conduct, and the complexity of public policy issues.