Space and Place: Anthropologist Explores Our View of Other Worlds 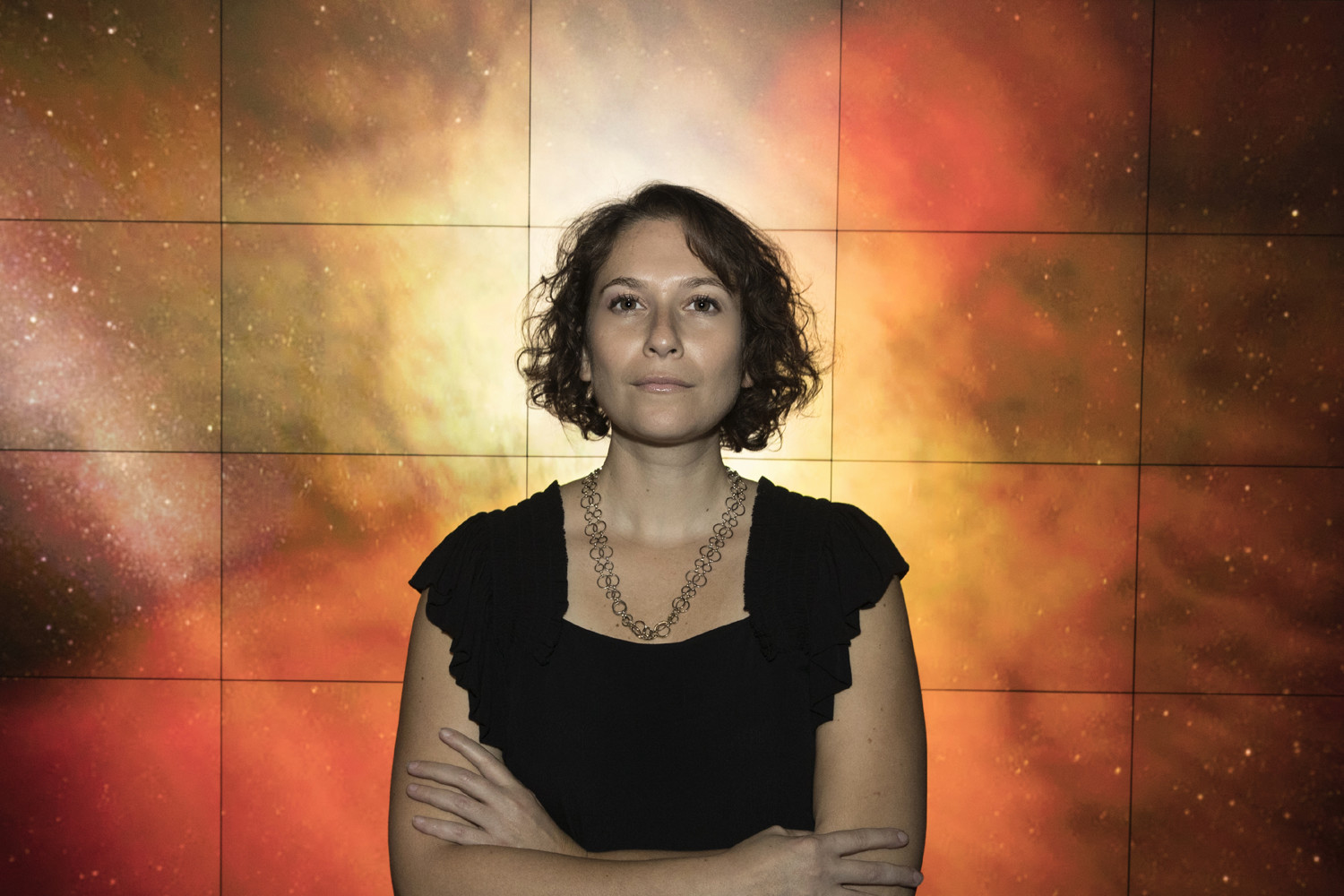 If seeing is believing, can we believe that there are planets beyond our solar system that we can’t see? How can we imagine other worlds? Are we alone? When astronomers tell us they have found evidence of the existence of more than 1,000 extrasolar planets – so far – through inference, rather than by direct observation, how does that relate to our understanding of our place in the universe – based on our perspective from Earth, the only planet we intimately know?

These are the kinds of questions pondered by Lisa Messeri, an anthropologist teaching in the Program in Science, Technology, and Society in the University of Virginia’s School of Engineering and Applied Science. She is the author of the recently published book, “Placing Outer Space: An Earthly Ethnography of Other Worlds.”

“I’ve always been enchanted by space – as so many people are – and how we imagine other worlds from our understanding of our own planet,” she said. “In the book I explore how planetary scientists imagine distant formations as places with familiarity – how planets become worlds.”

In researching her book, Messeri followed how scientists learned to “see” planets that are too distant to see. They had to use indirect observation techniques, from the Kepler Space Telescope, observing, in their interpretation of data, the wobble of a distant star and making the case that a planet is there interacting with that star. They have to convince their naturally skeptical colleagues that a planet is there. And then the public has to trust the work and imagine the world.

“How do scientists articulate a reality, what is real and what isn’t, and what would it be like to be on a planet?” Messeri asked. “What analogies can be used to describe that planet in ways that we can understand based on what we know from here?”

She answered those and other questions in the book she spent five years researching and writing as part of her dissertation at the Massachusetts Institute of Technology and her postdoctoral work at the University of Pennsylvania. During that time, she spent countless hours with scientists learning about their work, and how they conceptualize the universe.

“I like to observe scientists as they work,” she said. “My book is about people who are doing science, how they see themselves and their profession, and how science works to bring understanding of place.”

In researching her book, Messeri spent six months at NASA’s Ames Research Center in California, where she observed scientists creating 3-D maps of Mars made from images from the Viking Mars missions and from more recent satellites and landers.

Messeri has now begun a project to look at virtual reality technology and how it relates to reality – our sense of place, real, imagined and virtual. She has begun observing and interviewing researchers who use virtual reality at UVA, and will expand out to the larger research community at different institutions across the United States. She expects to spend the next few years delving into VR in many “places,” and eventually will write a book about what she discovers.

“VR has captivated me,” she said. “Right now I’m a sponge; looking at what it means to be in a place and experience something created, to explore places that are invented as real experiences. VR is a new way of being in the world, of interacting with place, and we’re at the very beginning of this technology and trying to understand how we buy into this new way of being and being somewhere else.”

In addition to her book, Messeri has written journal articles and popular articles and op-eds for such publications as the New York Times, and she has been profiled in Wired. She teaches courses in engineering, ethics and society, and the anthropology of outer space.

It’s Copperhead Season in Virginia. Here Is What You Need to Know END_OF_DOCUMENT_TOKEN_TO_BE_REPLACED

What’s Next for UVA’s Class of 2022? END_OF_DOCUMENT_TOKEN_TO_BE_REPLACED