Stretching Possibilities: Researcher Imagines Super Rubber, and Has a Strategy to Make It 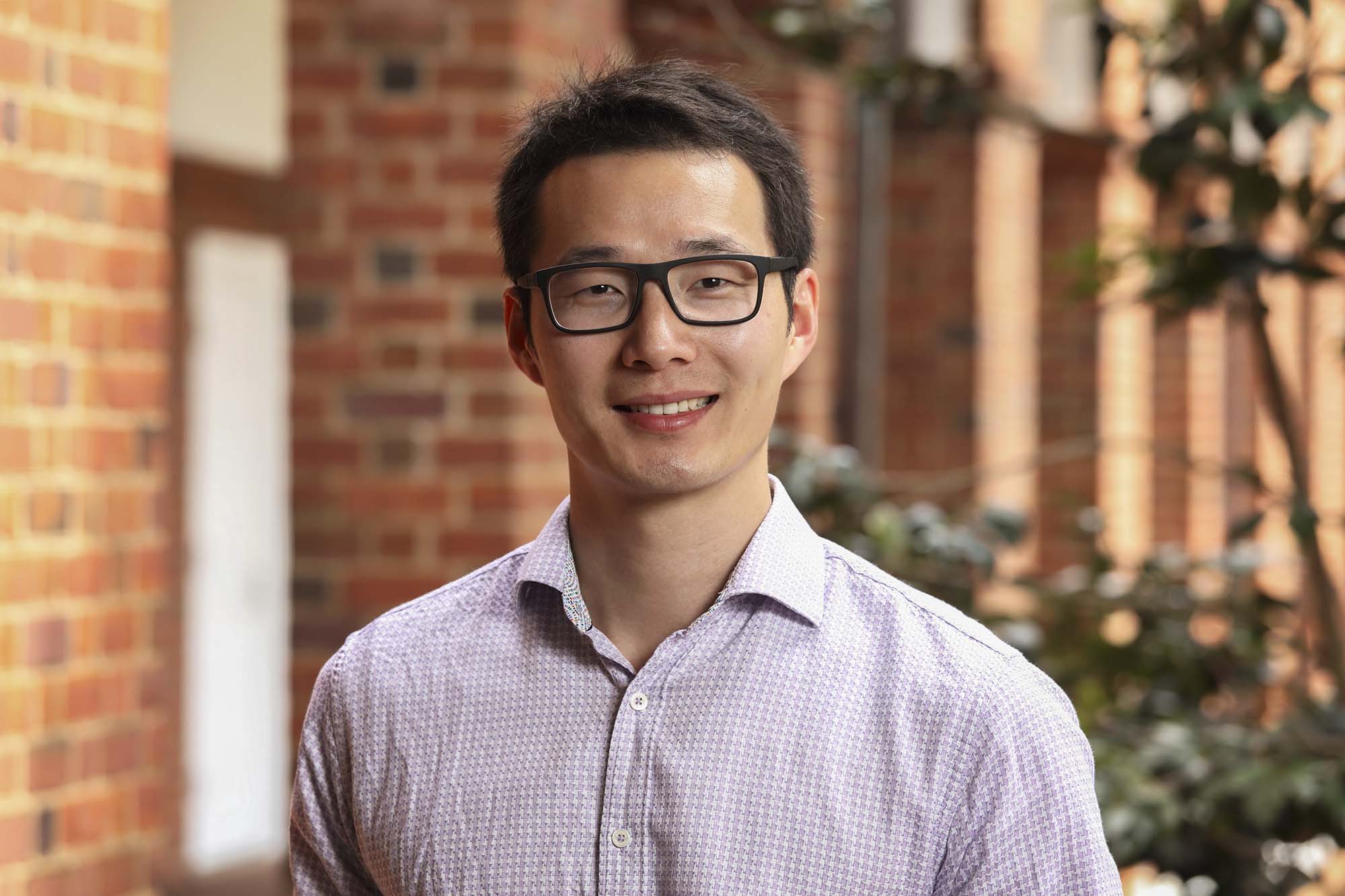 What’s 1,000 times softer than a rubber tire, but holds its shape and is as tough as metal?

The answer is nothing – yet. But a soft material with that combination of properties would be extremely useful in many applications, including medical implants, stretchable electronics or lifelike “soft robots” capable of adapting to unpredictable conditions – as humans and animals do – in ways traditional robots cannot.

University of Virginia School of Engineering assistant professor Liheng Cai believes his lab has found a way to design a new synthetic rubber with these traits. Cai holds joint appointments in UVA Engineering’s departments of Materials Science and Engineering and Chemical Engineering, with a courtesy appointment in the Department of Biomedical Engineering.

The Doctoral New Investigator program provides early career researchers with start-up funding for a concept with few or no prior findings that is related to the petroleum industry. The idea is to prove a concept or demonstrate a viable approach with the intention of using the results to seek continued funding.

Cai’s lab is one of several in chemical engineering and materials science and engineering at UVA doing groundbreaking work in soft materials for myriad applications. Many projects focus on biomedical solutions in collaboration with researchers at the UVA School of Medicine, or within or across departments to maximize research strengths. “The question we’re asking in my lab is simple,” Cai said. “Can we make a rubber as a soft as Jell-O or like ice cream – or even, crazily, as soft as biological tissues – but that contains no water or solvents?”

He already has a head start. Cai previously was lead author on a team that developed a strategy to make a rubber with the desired softness using “fat” silicon-based polymers characterized by branches that bush out from a central backbone. Typically, polymers used to make rubber occur in long strands that tend to tangle into knots, similar to strings of holiday lights, he said.

The tangling limits how soft the material can be – a problem the fat polymers don’t have. Now Cai’s lab is focusing on designing the rubber to be recyclable and to have superior mechanical properties in the context of stiffness.

“The stiffness of the rubber we want to make is more than 1,000 times softer than conventional rubber, such that it can be used to interface with biological objects,” he said.

Why rubber? Because of its material integrity; rubber doesn’t fall apart when you deform it.

Materials that interface with biological tissue in a living organism must not only be of similar stiffness to the tissue, they must also be stable. That’s why Cai is focusing on a “dry” material. Typically, dry materials are very stiff – think of metal, glass, ceramics and plastic. While good for many uses, they’re not suitable for many medical applications Cai has in mind.

Among the most commonly used materials in the world, rubber comes in a natural form made from latex, a milky substance found in plants, or is synthesized from petroleum-based molecules. Although most rubbers are regarded as soft materials, they are still much stiffer than living tissue. You can add water to rubber to make a hydrogel to interface with biological objects, Cai said, and this is where most previous efforts have been concentrated.

“However, diverse bio-applications require materials that do not leach molecules and change properties. To this end, we design polymers with controlled molecular architecture to make soft, yet ‘dry’ gels,” he said.

Another characteristic of the new rubber is to make it responsive to stimuli such as heat, mechanical force, light or acidity that can change it from solid to liquid or back again. This ability results in a new class of soft materials for 3-D printing that can be used in applications such as stretchable materials with embedded electronics; soft robots built from pliable, more life-like materials; optical devices; and tissue engineering.

“This program is driven by true need, especially from the biomedical application side,” Cai said. “My second motivation is curiosity for pushing the boundaries of material science and chemical engineering. Can we create a new material with these twin properties?

“If we are able to create new materials, this will always bring new opportunities, new tools and also new devices that can do things that we can never do before. In my own heart, I always wanted to create something entirely different from what I’ve ever seen. In the meantime, there are also societal needs. Both of these things drive me to challenge myself.”