Student Journalist Gets Air Time on ESPN’s ‘Outside the Lines’ 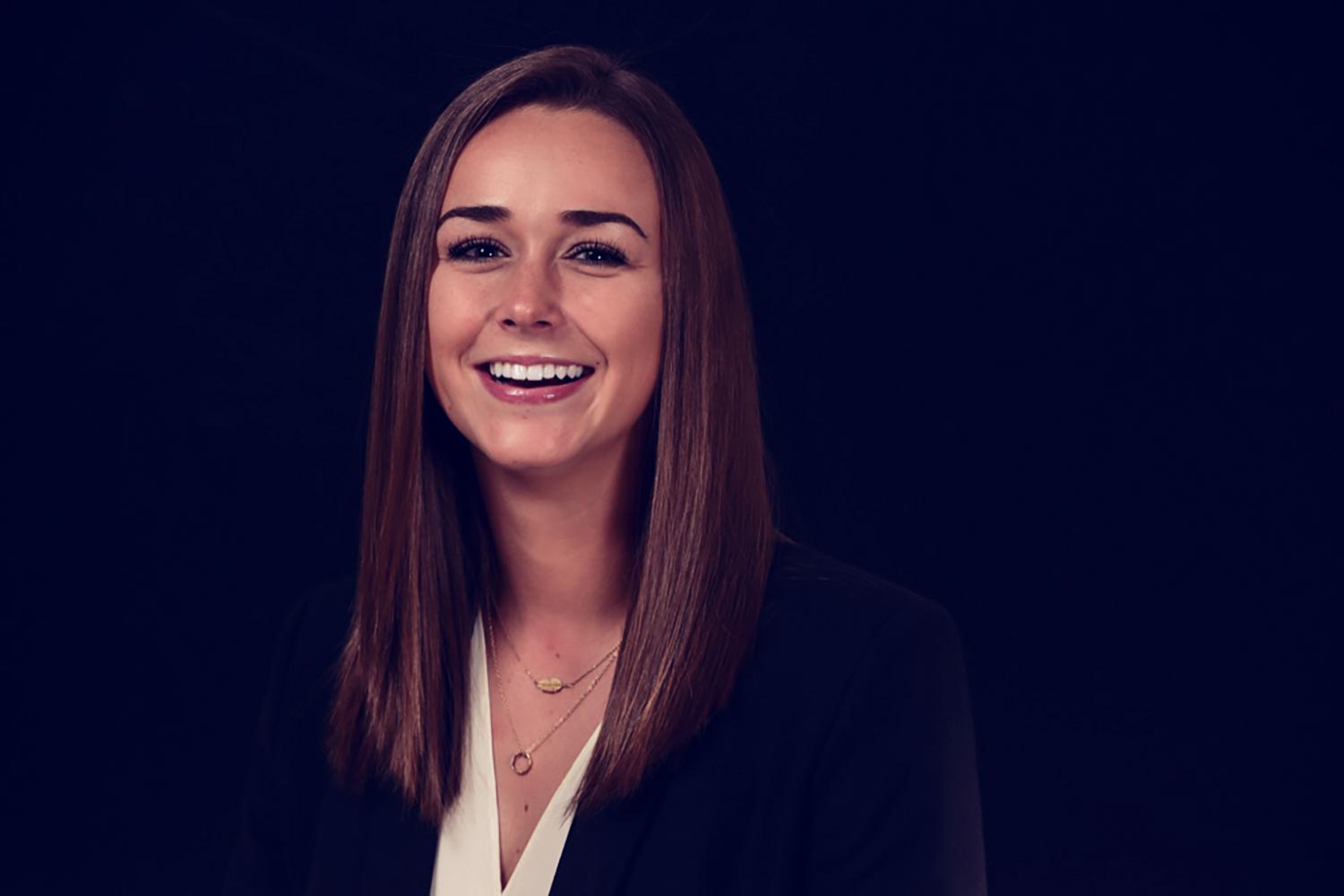 This summer, University of Virginia student Emily Caron added her name to a long list of special guests who have appeared on ESPN’s popular show, “Outside the Lines.” But the rising fourth-year student’s appearance was a little different; it marked one of the only times a college student who is not an athlete has appeared on the program.

Caron, a media studies and linguistics double major, has spent her summer interning for espnW, a digital arm of the company with content for and about women. As part of her internship, Caron regularly pitched stories to espnW’s editors and recently suggested coverage of Joey Julius, a former kicker for the Pennsylvania State University football team who has spoken publicly about his struggles with an eating disorder.

“Emily is great at listening, and then without direction, following different story lines,” said Jenn Holmes, the deputy editor at espnW who hired Caron.

Holmes encouraged Caron to pursue the story as a way to bring the male perspective into a recent group of digital stories they’d been doing on eating disorders and body image. It quickly struck a chord with their audience. Then “Outside the Lines” reached out to see if Caron could discuss the piece further – on the air.

“ESPN prides itself on having interns who really contribute in a big way, regardless of the department that they’re in, but it’s just remarkable for someone like Emily to not only publish a story that’s available on one of our sites, but also have it reach a certain level when she’s asked to appear on one of our TV shows. That is extraordinarily rare,” said Bill Hofheimer, a senior director of communications at ESPN and a 1994 graduate of the University.

Shortly after Caron made her television debut, she spoke with UVA Today about her experience this summer.

Q. Why made you want to work for ESPN?

A. I’ve wanted to work in sports journalism my whole life and ESPN is the pinnacle. When it came time to apply for internships, I probably applied for 30 different positions with sports journalism companies across the country – and I applied for about five at ESPN, and espnW is where I ended up fitting the best.

Q. Did you have any prior experience with sports journalism?

A. Right now, I write features for the Cavalier Daily. I’ve done columns and some game coverage for specific sports for them, too. I’m also a part of ESPNU Campus Connection. That’s more video production experience where you cover UVA sports.

The Campus Connection program essentially utilizes students to create content that they don’t usually get. It’s more focused on the student experience and less focused on the actual sports and teams. It’s about what’s like to be a student at the school supporting those teams.

So when “Game Day” came to UVA, they had me take an ESPNU sign and take pictures of it around Grounds. Sometimes I grab B-roll [extra footage used to enhance a story] if they’re going to do a feature on the school and they don’t have time to send someone here. They also offer the opportunity to create videos about the student experience and you can work with other students on it. I’ve gotten to do a few of those and that’s been pretty cool. One of the ones I made was on the ’Hoo Crew at UVA.

Q. What caught your attention about Joey Julius’s story?

A. I’ve been following Joey’s story for a while. I’m fascinated by the fact that he was one of very few male athletes who was willing to openly discuss body image, eating disorders and mental health. I’ve been tracking his story over the last year since he first started talking about it in the fall.

Then when I came to espnW, I pitched a follow-up story when he was back in treatment for the second time. I thought, “Clearly, something else is going on and I would love to get to talk to him and see what he has to say.”

espnW had done a number of body image and eating disorder pieces earlier that were more focused on women and I thought this could be a complement to that since this is an issue that transcends gender.

We reached out to Penn State originally and they denied our interview request. But then just two Mondays ago, when they announced that Joey Julius was no longer on the roster, I was able to reach out to him directly and he agreed to do an interview with us.

Q. How did you prepare to discuss such a personal topic with him?

A. I’d definitely never done an interview on something of this magnitude, but my motto is that the best way to prepare for any interview is to know as much going in as you can. That helps the person you’re interviewing feel more comfortable. They can see that this is something that matters to you as much as it matters to them and I think that’s the key in dealing with something so sensitive: showing that you respect what they’re dealing with and that you are really cognizant of the difficulties that come with it.

Then when it came out that the story was more than that – about depression and suicidal ideations and things that he hadn’t talked about publicly before – that was something that I did more research on and went back and researched more.

It takes a lot of preparation and getting to know your subject.

Q. Did you ever imagine it would get you a spot on television?

A. No. Not at all. Especially as an intern, that was very unusual and unexpected, but it was incredible. Just to be able to be able to keep increasing exposure to his story and keep spreading his message on another platform was awesome.

Q. Did any prior experience at UVA help prepare you for this?

A. I think the opportunity that UVA gives you to pursue any path definitely has helped. There are so many opportunities to get involved in many different things on Grounds and I try to take advantage of that as much as possible through the years. My schedule is hectic and I’d be up writing something for Cavalier Daily or helping ESPNU with something at any time, and I think that kind of ability to multi-task and deal with so many things at once is what kind of prepared me for being here.

When you get a story like that, you’re non-stop researching and writing for five days straight and being able to thrive in that kind of environment is something that UVA really prepared me for.

Q. Have you thought about where you’d like to be after graduation?

A. Ideally I’d be back at ESPN, either here in Bristol [Connecticut], where they’re headquartered, or down in Charlotte where a lot of ESPNU is.

Meet the New Cavalier on Horseback: She’s Eager To ‘Carry On a Legacy’ END_OF_DOCUMENT_TOKEN_TO_BE_REPLACED

Housing Changes Are a Breath of Fresh, Cool Air – Especially for Lawnies END_OF_DOCUMENT_TOKEN_TO_BE_REPLACED

Virginia Football – For All Virginia END_OF_DOCUMENT_TOKEN_TO_BE_REPLACED