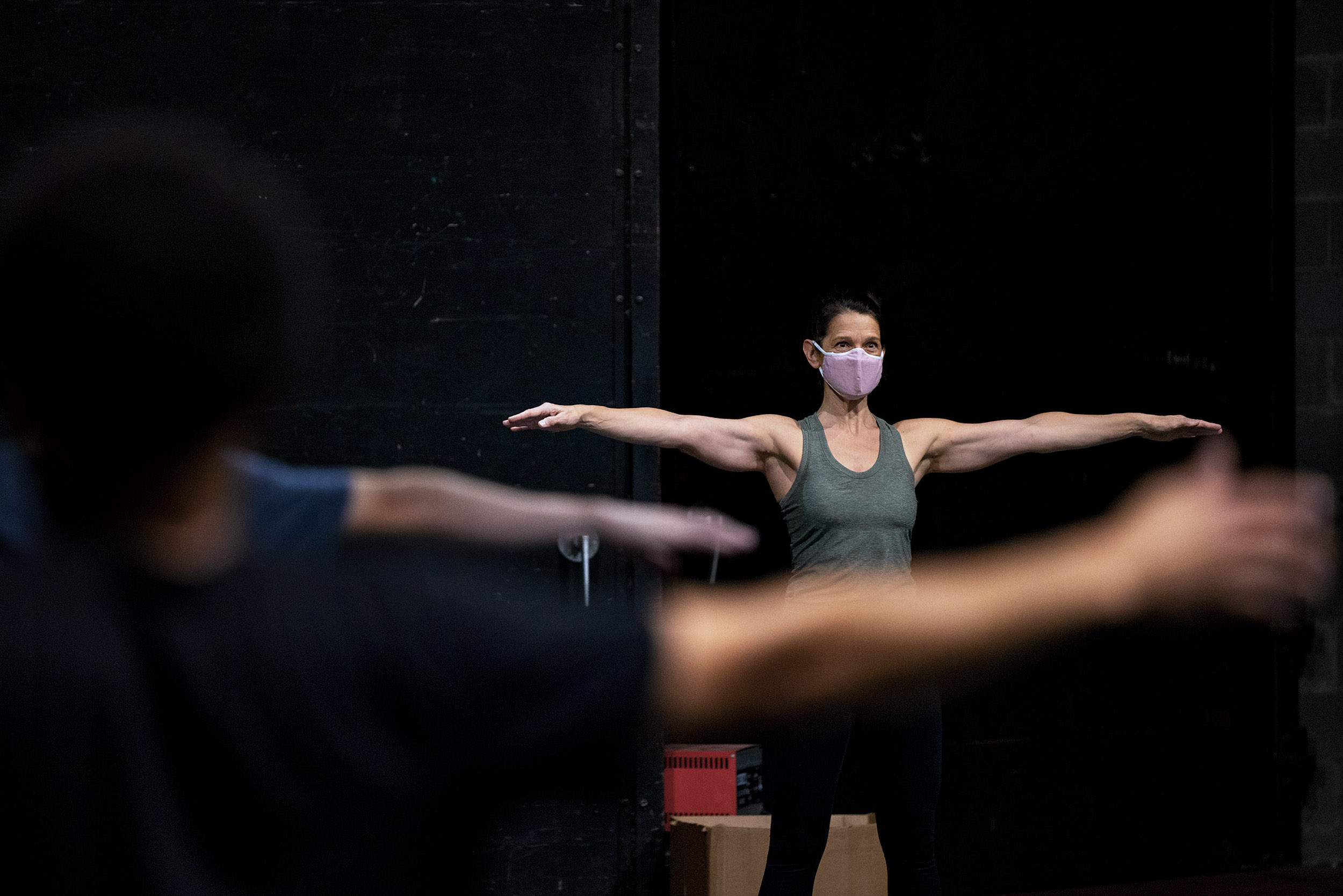 A capella concerts on the Lawn, dance showcases, live theater productions – student performances have long graced the University of Virginia. In the past year, as coronavirus brought in-person shows to a halt, UVA’s performance groups adapted to create virtually and keep their art alive.

Some groups are taking advantage of technology like Zoom or TikTok to allow students in different places to create, practice or learn together virtually, while others have met in small groups with a lot of precautions in place.

UVA Today reached out to a number of student arts groups across Grounds to find out how they survived the past year.

Harmonizing Apart – and On TikTok

Since last spring, students have used technology and social media to blend their individual skills into group performances, regardless of where group members are located.

“Our music director is pretty creative, and he assigns people to different parts of a song and then creates a breakout room for each part,” said Jack Smith T, a member of the a capella group Academical Village People. “In order to make the song, they get all the audio clips and splice them together. We’re very fortunate in that we have a couple of members that have experience with sound mixing.” 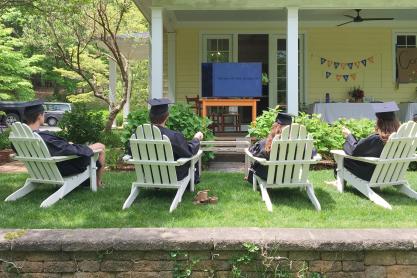 Jack MacLeod, a third-year and member of the Virginia No Tones, a singing group for the musically inept, brought the group’s creative performances back to the student body through the popular social media platform TikTok, which focuses on short, user-created videos.

“COVID makes things difficult because we can’t have in-person concerts. Over the summer, the group had decided we wanted to make a TikTok,” MacLeod said. “We had different members send in videos of themselves and put them together in one video. It made us feel like we were together, even though we weren’t.”

Students in UVA’s dance program have had the opportunity to further their craft through online engagement, often featuring talks and classes from professional dancers and leaders in the art form.

Many students have also shared their art with the University community through “Arts on the Hill,” a digital arts series President Jim Ryan launched last spring to bring Hoos together at home. The newest episode aired Sunday, featuring a short film, a saxophone solo and a performance from the Academical Village People.

Chris Obolensky, the president of the a capella group Hullabahoos, said the virtual program lifted his spirits when it was hard to be together.

“I know it honestly made me a little bit happier to see people making and emoting music,” he said.

As fourth-year students look toward graduation, the McIntire Department of Music is holding virtual distinguished major recitals, offering students a final opportunity to showcase their talent. The upcoming performances can be found here.

Students in UVA’s dance and drama programs, like those in many other performance organizations, have been gathering in small numbers to practice and film their work for online performances, giving them some semblance of in-person performance while sharing their work with a bigger audience.

“We are working on a virtual dance concert this semester, and students are in the process of rehearsing and finalizing pieces by guest artists, faculty and students to be filmed for the virtual concert screening at the end of April,” Brooks Mata said.

The dance department’s performance is scheduled for April 29 and 30 at 7 p.m. Future streaming information can be found here

“We’re meeting in small groups of six, dancing 10 feet apart with a mask on, and eventually we are going to record these dances and put them on Instagram and YouTube. We want to show people the work we’ve been doing,” Mia Bailey, president of the Virginia Dance Company, said.

Julia Preston, the producer of the First Year Players theater organization, which typically plans, directs and produces one play each semester, believes that virtual performances will allow groups to connect with the greater community.

“I think having a filmed final product is nice because no matter people’s comfort level or ability to get to UVA, they can still access and see what we’re doing,” Preston said.

This semester, the First Year Players will perform “Singin’ in the Rain,” which will be available for virtual viewing April 30 and May 1 at 7 p.m., and again May 2 at 2 p.m. (More details can be found here.)

The troupe has a loyal audience, and Preston hopes the show will bring a bit of normalcy and fun.

“We have some people who live in Charlottesville who have been coming to every single one of our performances since the ’90s or the ’80s,” she said. “It’s our responsibility as students of the University to give back to the members of the Charlottesville community as much as possible through our performance because they give us their city to be students in for four years.”

The pandemic has allowed UVA’s drama students to develop new video skills. “These undergraduates embraced an opportunity to learn how to capture everything with their own phones, how to combine footage for the illusion of an in-person film, how to create together while apart,” Marianne Kubik, associate professor of drama, said.

Undergraduate students are currently working on audio dramas for the New Works Festival, set to stream April 27, while the MFA acting company is scheduled to stream its debut plays, “God of Carnage” and “Death of the Author,” April 22 to 25. More information about these productions can be found here

As performing groups adapt their practices, students are also looking to their organizations’ futures, bringing in new members and hoping to continue their work for years to come.

“All of the a capella groups decided to hold virtual auditions,” Naeha Ganesan of the Virginia Belles said. “I’m really excited to have new girls again. Every time we have new girls, it really invigorates the group.”

Obolensky, the president of the Hullabahoos, agreed that their new members bring excitement and fresh life to the group.

“We are lucky to have gotten six incredible new guys, and our first Hullabahoo legacy whose father was in the group,” he said. “The new guys have helped to reinvigorate passion and interest and love for this group, just because they bring in new personalities, new comedy, new faces and new voices, and everything that we’re trying to do.” 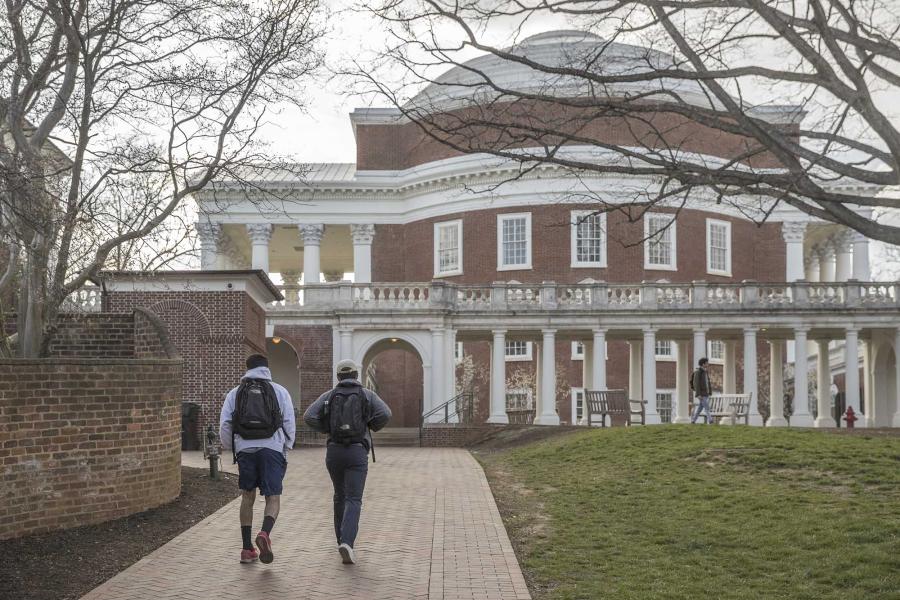 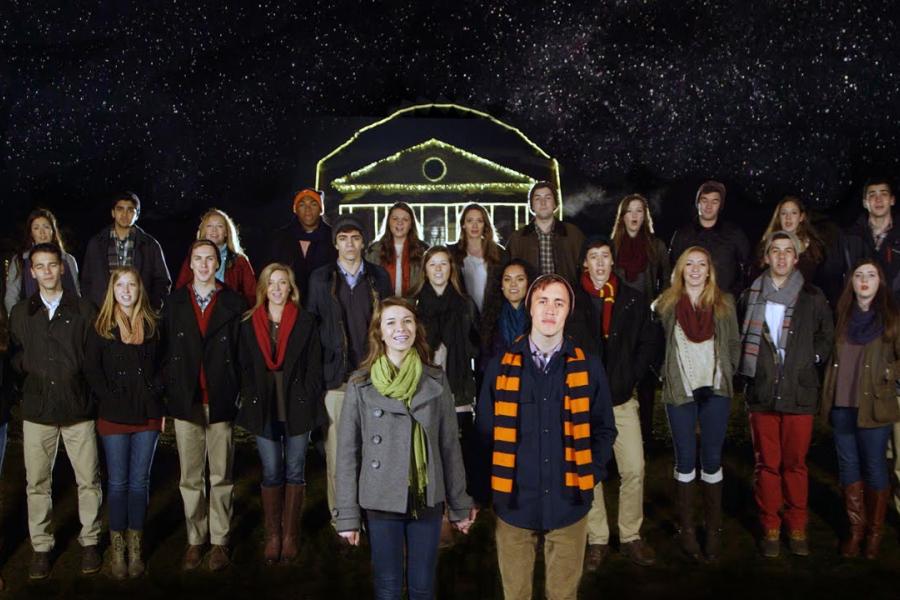 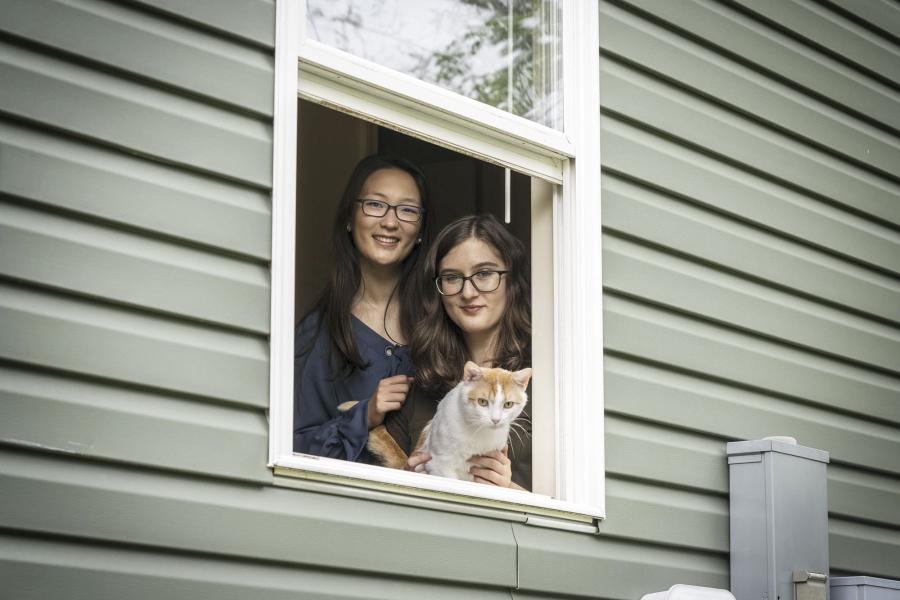