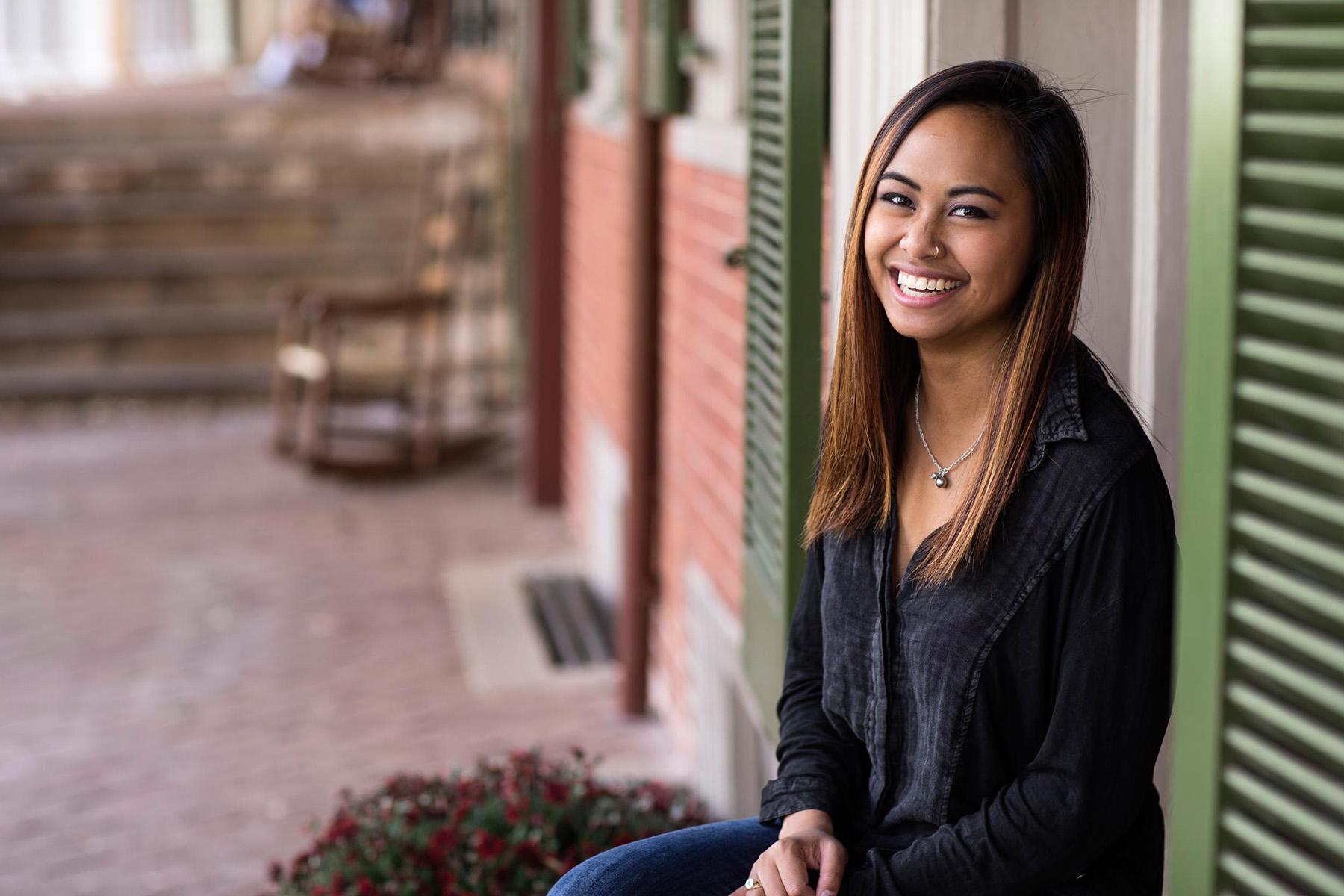 When she arrived at the University of Virginia in 2012, Alyssa Dizon was surprised at how quickly she found her niche.

“I didn’t want to go here at first. My dad went to Virginia Tech and I grew up thinking UVA just wasn’t for me,” she said. “Then it ended up being such a great fit. I always tell people, ‘UVA is the dream school I never knew I had.’”

Dizon, now a fourth-year foreign affairs major in the College of Arts & Sciences, said she was inspired by the rich community of ideas she found here.

“I think UVA students are very entrepreneurial by nature,” she said. “They’re not all going and starting businesses per se, but they see changes they want to make here and they take it upon themselves to do that.”

She sees the University’s tradition of student self-governance as an empowering experience that fuels a take-charge entrepreneurial spirit.

“I’m totally in awe of the work that my fellow students do and the initiative that they take to make UVA a better place,” Dizon said. “Having that network of people and surrounding myself with that is really the thing that made me grow the most in college.”

The same drive she’s seen in others bolstered Dizon to spearhead a major new entrepreneurial initiative on Grounds. When she saw a need for a start-up-style collaborative space for students in 2013, she began helping to revamp and expand the HackCville organization on Elliewood Avenue.

Together with a few other students, Dizon took the organization – which started as a small community meeting space for people with an interest in coding and new technology – and made it into a vibrant creative clubhouse for enterprising UVA students.

Adam Ghazzawi, a third-year student and the current director of HackCville, met Dizon during his first year on Grounds. “She quickly got a gauge of what my interests were at UVA and recommended HackCville as a good fit for me,” he said. “She brought on seven undergrads with an interest in entrepreneurship and guided us on how we wanted to build the organization and what we wanted to do with it in the future.”

“I wanted to help them see that UVA is a big place with lots of paths that you can go down. There’s not a single narrative that’s the ‘correct way’ to do UVA.” - Alyssa Dizon

After helping HackCville gain “Contracted Independent Organization” status at the University – a distinction that gives it greater access to UVA resources and new funding opportunities – Dizon served as its first student director. Under her leadership, the club transformed into a creative co-working space and community for entrepreneurial students. In the 2014-15 school year, it offered unique educational programming for more than 500 students, garnered nearly 100 active members, and played host to numerous new student start-ups.

“I’m so proud of HackCville because it’s become such a force to be reckoned with,” Dizon said. “It’s already changed so many people at UVA, their perspective, their vision of what the world should look like, and their role in it.”

In her fourth year, Dizon stepped into an advisory role for the organization, and is using her remaining time on Grounds to encourage a new class of Wahoos to think big. As a resident adviser, she tells new students to take advantage of as many opportunities as possible while they’re here.

“I wanted to help them see that UVA is a big place with lots of paths that you can go down. There’s not a single narrative that’s the ‘correct way’ to do UVA,” she said.

Dizon’s own varied experience at UVA has been a crucial part of her education and post-graduation plans. At first uncertain whether she wanted to major in foreign affairs, apply to the McIntire School of Commerce or enroll in the Frank Batten School of Leadership and Public Policy, Dizon spent her first two years taking a wide variety of classes to keep her options open.

“I was taking commerce law and accounting the same semester that I was learning about social entrepreneurship through Batten and learning about ethics and power dynamics in politics classes,” she said. “I think all of it combined has really driven me to seek innovative companies that are filling in the little gaps where systems are messing up or not doing enough.”

After graduation, Dizon plans to join Venture for America, a two-year fellowship program in which new graduates are placed with start-ups in emerging cities. The goal of the program is to give fellows hands-on apprentice-like experience at a start-up and to help fuel local job growth.

“She’s in the right place as a Venture for America fellow. They are going to be lucky to have her,” said Kerrie Carfagno, an assistant professor of communication in the McIntire School of Commerce. “I think someone as smart and capable as Alyssa wants to be challenged and wants to go to an environment where she can make a difference, and she’s got the ability to make a difference wherever she goes right away.”