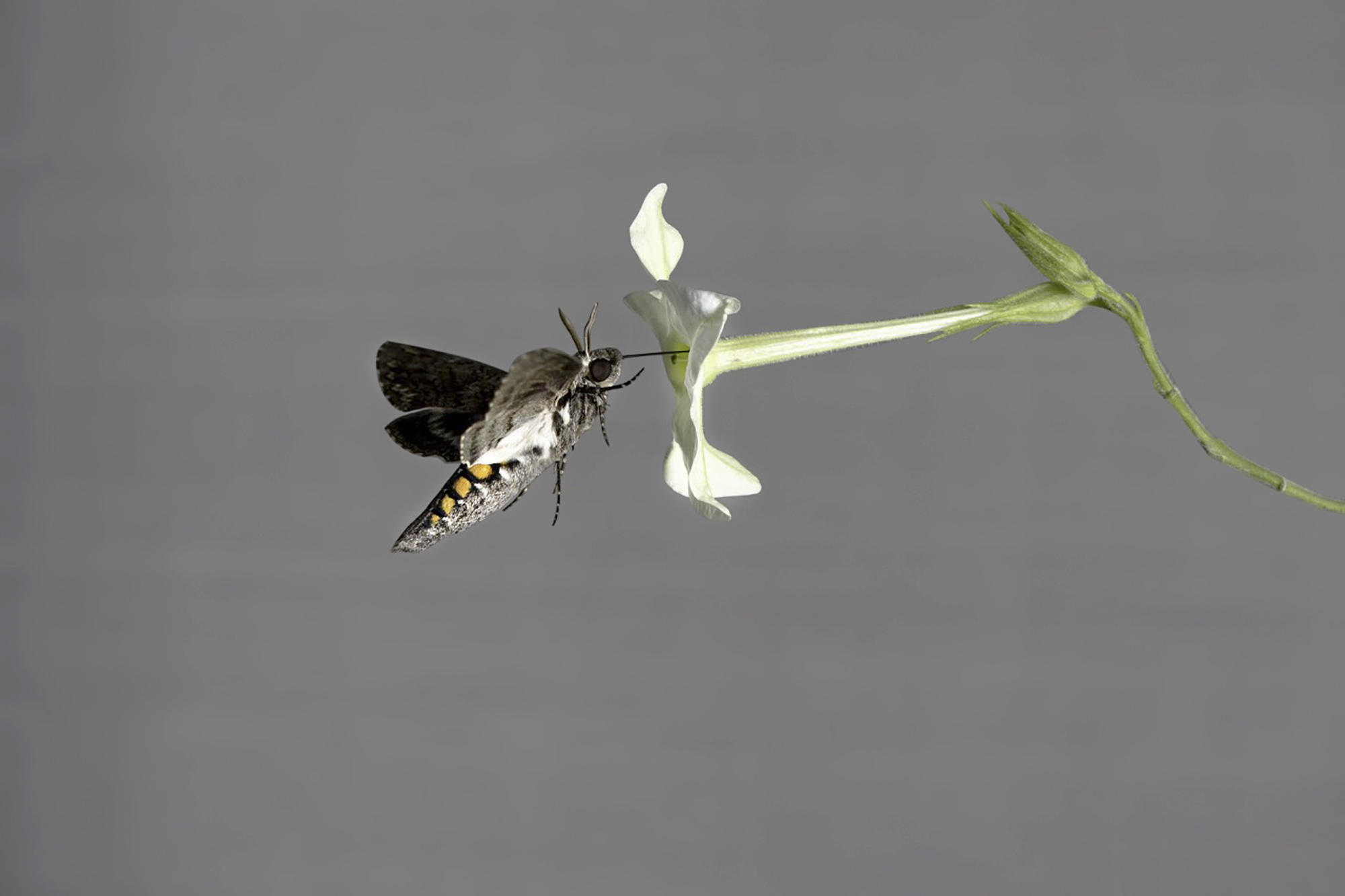 Some insects have favorite flowers. The tobacco hawkmoth, for instance, a large insect with the amazing flying maneuverability of a hummingbird, prefers tobacco flowers.

Plants use the unique aromas of their flowers to attract pollinating insects – such as the hawk moth. It’s a symbiotic relationship, developed over millions of years of co-evolution between plant and animal – the animal gets food from pollen and nectar, and the plant gets an essential reproduction assist.

But studies show that air pollution can alter the scent of flowers, making them harder for insects to identify. So, if a tobacco flower begins to smell differently because of smog, can a tobacco hawkmoth find it?

Yes, it can, according to a new study published in the Journal of Chemical Ecology by a team of researchers at the University of Virginia, and the Max Planck Institute for Chemical Ecology in Germany – but the moth has to learn the modified scent by discovering and remembering the altered aroma.

“Our lab experiments find that the hawkmoth can learn to like floral smells that have been changed by air pollution,” Brynn Cook, the study’s lead author, said. “The ability to learn polluted floral scents could be critical in helping the hawkmoth, and potentially other pollinators, recognize and locate their preferred flowers, a key step for continued pollination of wild and agricultural systems alike.”

The study was Cook’s Ph.D. thesis when she was a graduate student at UVA.

The pollutant Cook focused on in relation to the hawkmoth is ozone, a compound that is naturally present at low concentrations in the lower atmosphere, but that has increased dramatically as a result of fossil fuel combustion. While ozone is essential in the upper atmosphere, where it shields our planet’s surface from excess ultraviolet radiation, it is a highly reactive chemical pollutant at lower altitudes: good up high, bad nearby. 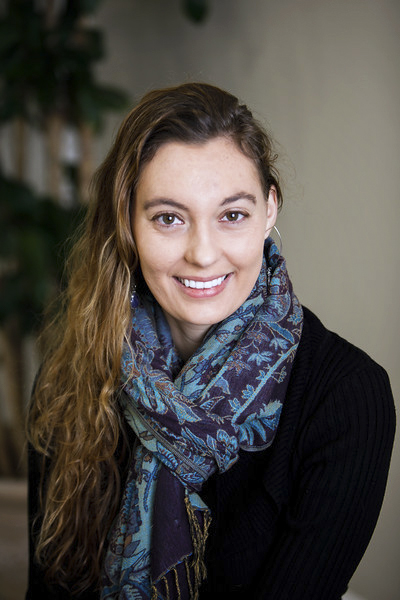 Low altitude ozone is formed when fossil fuel combustion from power plants, cars and trucks combines with natural emissions from trees. Ozone levels peak during the daytime in summer – which is also the most active time for many pollinators.

Scientists have learned in recent years that ozone pollution can, indeed, disrupt insect pollination by changing the odors the insects use to find plants. However, they previously lacked information on how insects’ ability to learn might minimize this effect.

“Brynn took insect learning into account when studying the effects of pollution on the behavior of pollinators,” Manuel Lerdau, a UVA professor of environmental sciences and of biology, and Cook’s former research advisor, said. “She approached this from the insect’s perspective, highlighting the significance of learning as a tool that animals can use to respond to regional and global environmental changes. She’s shown in this study that animals can learn and adapt without needing to undergo genetic change.”

The finding also provides hope that perhaps many pollinating species may be able to rapidly adapt to climate change and continue their essential role in helping crops and other plants to proliferate.

During the study, Cook and the research team first determined the exact compositions of tobacco flower odors, with and without increased ozone content. For the ozone-altered odors, the researchers used ozone concentrations similar to those that occur on hot days in the natural habitat of tobacco hawkmoths. They tested the behaviors of the moths in a wind tunnel, allowing the insect to investigate both the original floral odor and the ozone-altered floral scent. They found that moths preferred the scent before it was polluted. In fact, the moth did not recognize the polluted floral scent when guiding visual signals – paper flowers – were removed, an important finding in itself.

The question remained whether ozone in the air would spoil the appetite of hungry and foraging tobacco hawkmoths, or whether it would prevent insects from finding their food source. Would insects be able to figure out that even flowers with polluted odors can offer rewards in the form of nectar? 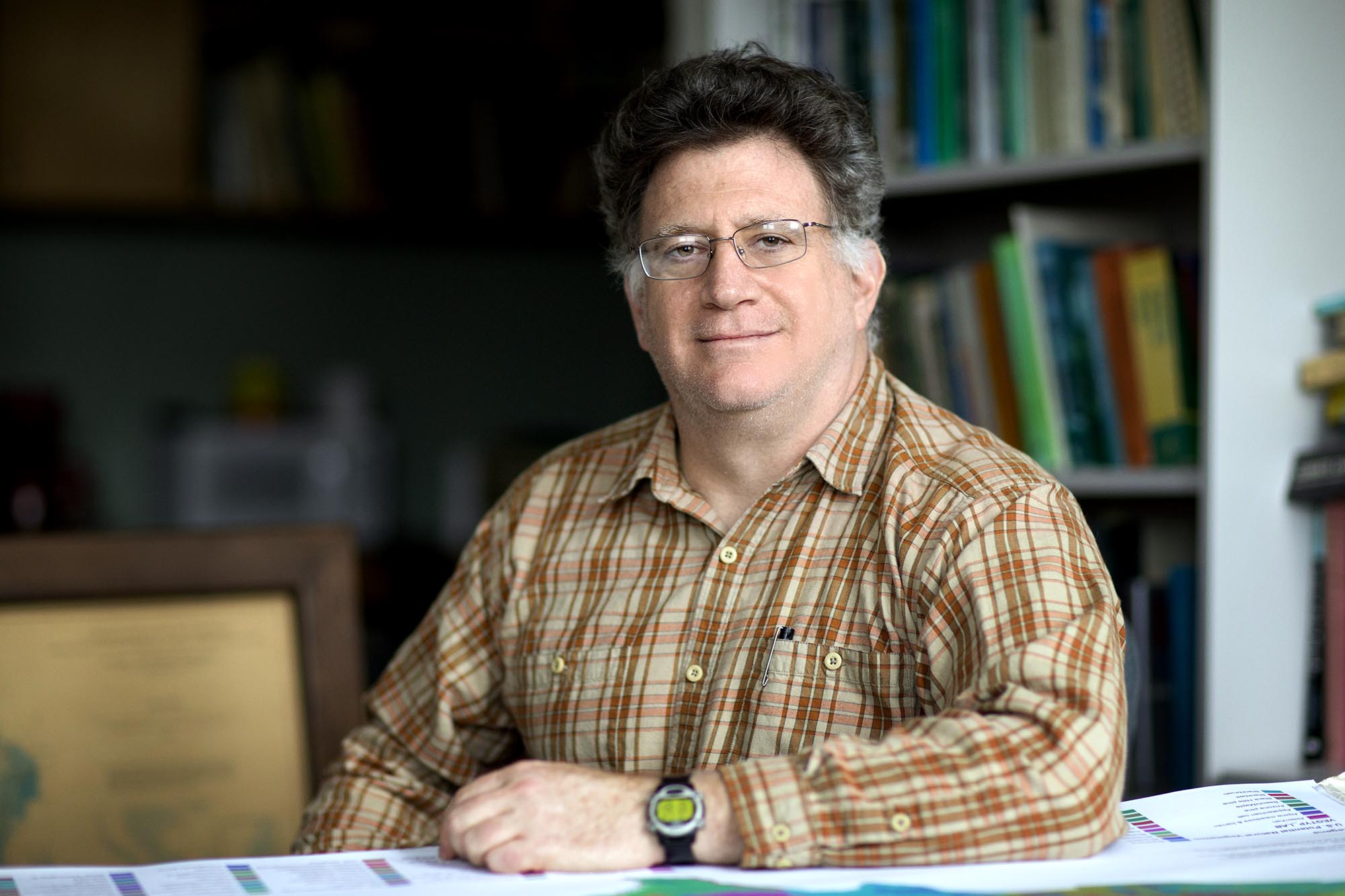 To answer this question, the researchers tested whether tobacco hawkmoths could learn the initially unattractive polluted floral scent as a food cue if they smelled it while simultaneously being offered a sugar solution reward.

“Just like Pavlov’s dog associated the sound of a bell with reward, the hawkmoth was able to associate the polluted floral smell with a tasty sugar reward,” Cook said.

“This type of learning, which we were surprised to find in the tobacco hawkmoth, could be very important in insects’ ability to use learning to cope with their rapidly changing environments. What is especially noteworthy and pertinent about this kind of responsiveness to a changing environment is that it occurs over the course of days and not over evolutionary timescales.”

For All of Us END_OF_DOCUMENT_TOKEN_TO_BE_REPLACED