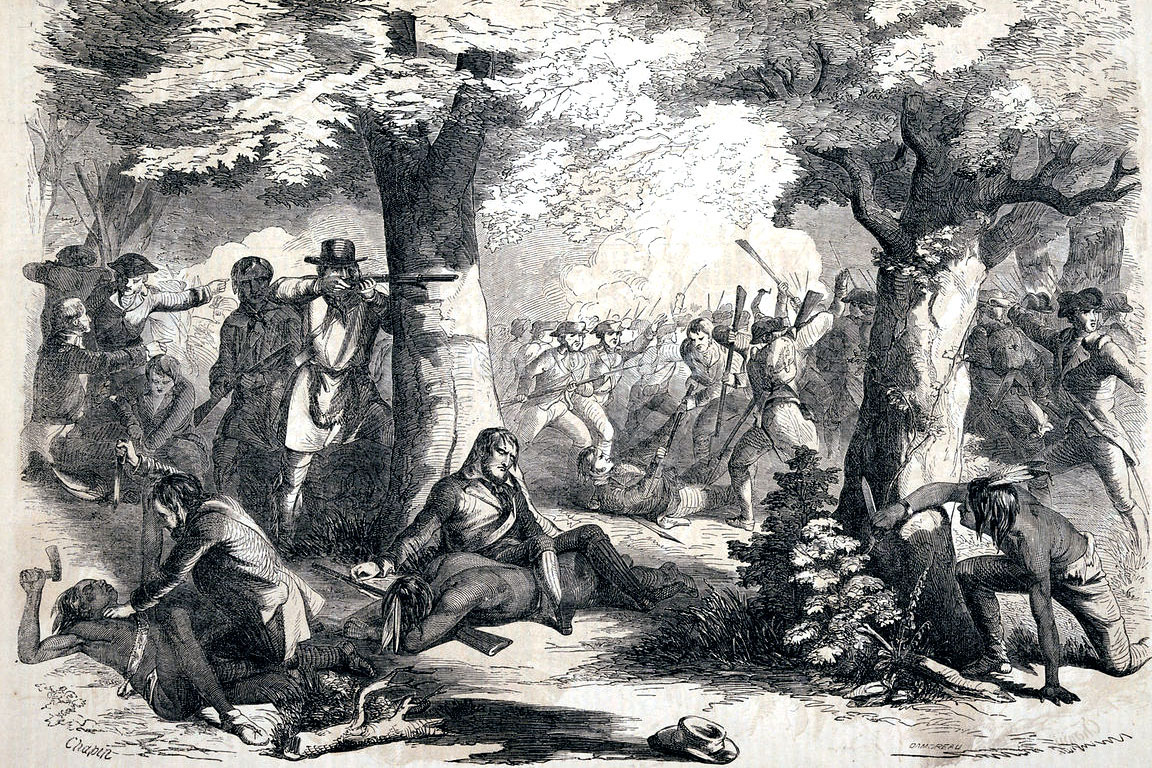 The American Revolution was “a very unpleasant war,” according to Pulitzer Prize-winning historian Alan Taylor, a professor in the University of Virginia’s Corcoran Department of History.

“We have an image of the Revolution as being a relatively orderly one, in which the armies fought in a relatively polite manner, trying to kill each other on the battlefield, but a war between gentlemen at the highest levels,” Taylor said. “What I found was that there was a lot of violence, throughout rural America, involving partisans and irregulars and plundering of farms by the regular armies. There was suppression of dissent by both sides whenever they got control of a particular county.” 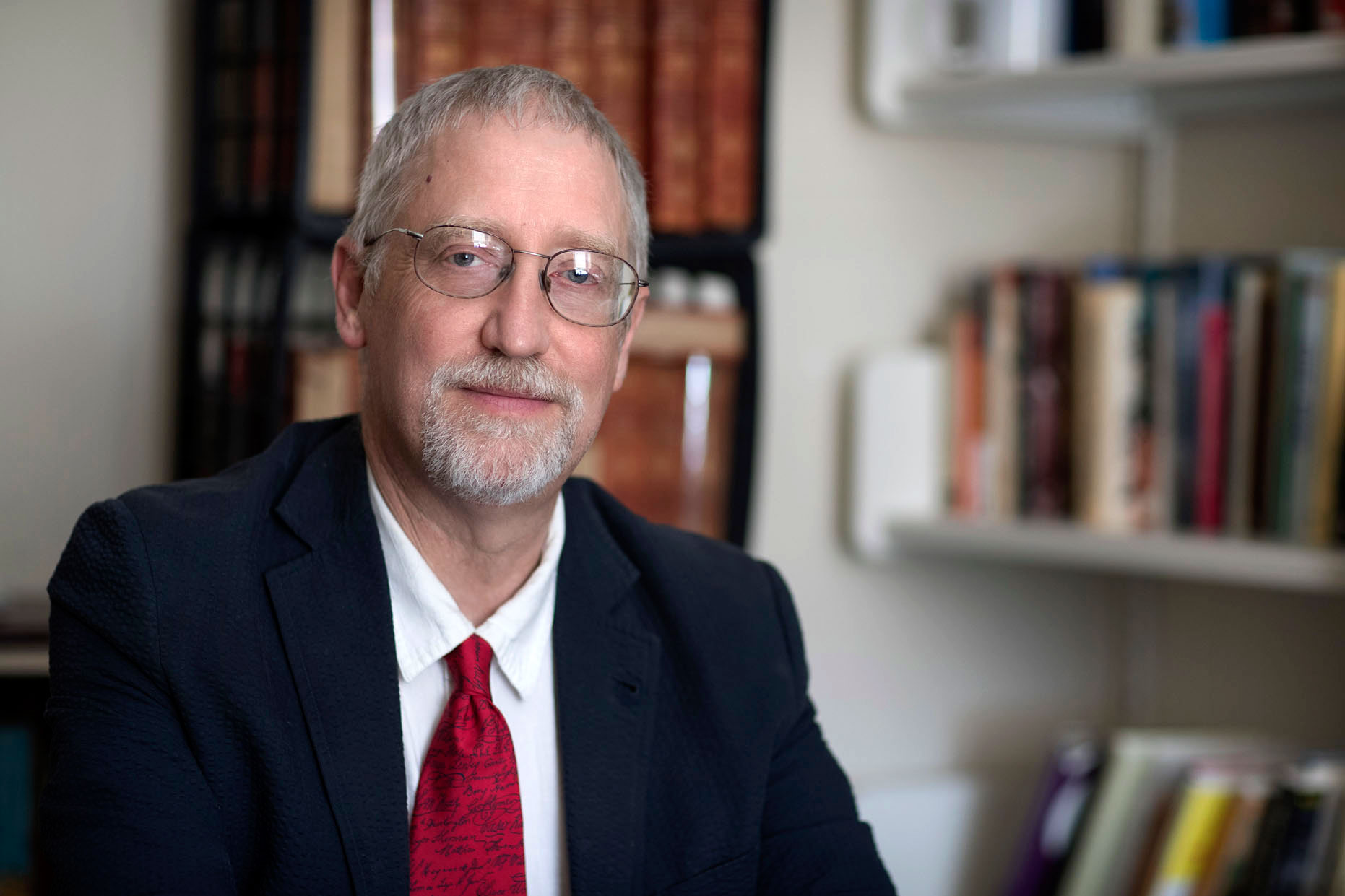 While the Revolution is considered a conflict between the British Army and the colonial rebels, it also affected the Native American population, and not just within the war zone. Because the Iroquois in New York sided with the British, the war disrupted Euro-American trade for other tribes.

“It tended to put them moving deep within the continent, looking for new outlets for trade and new animals for the fur trade,” Taylor said. “It greatly accelerated the movement of the Lakota out of Minnesota and onto the Great Plains, where they could hunt buffalo, and they could also trade with French and Spanish traders down the Missouri River.”

The Revolution affected the balance of power among the tribes, who were frequently at war with each other.

“The war also supported the conditions for the spread of smallpox, a very deadly disease,” Taylor said. “Smallpox greatly afflicted native people who lived in more concentrated villages, such as the Mandan people of what is now North Dakota. They had been an obstacle to the expansion of the Lakota, onto the northern Great Plains, but when their numbers became greatly depleted by smallpox, it became much easier for the Lakota to expand.”

“During the Revolutionary War, Americans killed one another over politics and massacred Indians, who returned the bloody favors,” he says in his book.

The conflict brought tremendous disruption to the continent, savaging people and devastating economies.

“Patriots kept one-fifth of Americans enslaved, and thousands of these slaves escaped to help the British oppose the Revolution,” Taylor wrote. “After the war, 60,000 dispossessed Loyalists became refugees. The dislocated portion of the American population exceeded that of the French in their revolution.

“The American revolutionary turmoil also inflicted an economic decline that lasted for 15 years in a crisis unmatched until the Great Depression in the 1930s. Americans suffered more upheaval than any other American generation, save that which experienced the Civil War of 1861 to 1865.”

“The United States became divided in a new way, which had not been the case in the colonial period,” Taylor said. “There were certainly greater numbers of slaves in the South, but they were largely concentrated in Virginia, and after the Revolution, slavery is going to expand dramatically southward and westward, in association with the expansion of cotton cultivation.”

In some ways, Taylor said the Civil War continued the work of the Revolution.

“While Northerners will insist, increasingly, that one of the purposes of the Revolution was to make freedom the essential condition for everybody, when you have these two very divergent results of the Revolution, it is setting the stage for the Civil War of the 1860s,” he said. “The Northern states will insist that the Union is perpetual, and Southerners will advance a very different interpretation of the Constitution that says it is a compact of the states and any state is free to leave the Union when it chooses to.”

Taylor said he wrote the book because of his dissatisfaction with available tomes, which he said were generally too narrow in scope, usually concentrating only on the period from 1763 to 1789 – from the imposition of new British taxes to the adoption of the U.S. Constitution – and covering only the 13 colonies.

“The 13 colonies were just about half of the 27 colonies in the British Empire in North America,” Taylor said. “And about half of those colonies remained loyal, such as Jamaica, Nova Scotia and Canada. With all these interconnections between the colonies, the story of the Revolution had to be about the break-up of that British Empire, and not just what happened in the future United States.”

Taylor has won Pulitzer Prizes for his books “The Internal Enemy” and “William Cooper’s Town,” which also netted him the 1996 Bancroft Prize, awarded by Columbia University for books on American history.

Taylor will be at Oxford University starting in October as its Harmsworth Professor, teaching American history, a role filled in the past by visiting UVA history professors  Melvyn Leffler and Peter Onuf. And he is already at work on his next book, on a subject closer to home.

“I’m going to write about impact of the American Revolution on higher education, particularly here in Virginia,” Taylor said. “It is about the cluster of men who founded UVA, including Thomas Jefferson, but also including Joseph Cabell and John Hartwell Cocke, all of whom were graduates of the College of William & Mary. I want to study their experience at going to college at William & Mary, and why they were dissatisfied.”

While in England, Taylor wants to examine the correspondence of the Bishop of London, who supervised from afar the Anglican Church in Virginia and William & Mary, to gain insight into the school

“I wonder why Joseph Cabell and Thomas Jefferson and these other graduates of William & Mary were so determined to create a new sort of University that they were willing to essentially destroy William & Mary,” Taylor said. “And what they were trying to achieve in founding UVA, and the degree to which they realized, in their own lifetimes, those ambitions and the degree to which they were frustrated.

“I have set out to try to solve that mystery.”

What Is the ‘4th Side’? END_OF_DOCUMENT_TOKEN_TO_BE_REPLACED