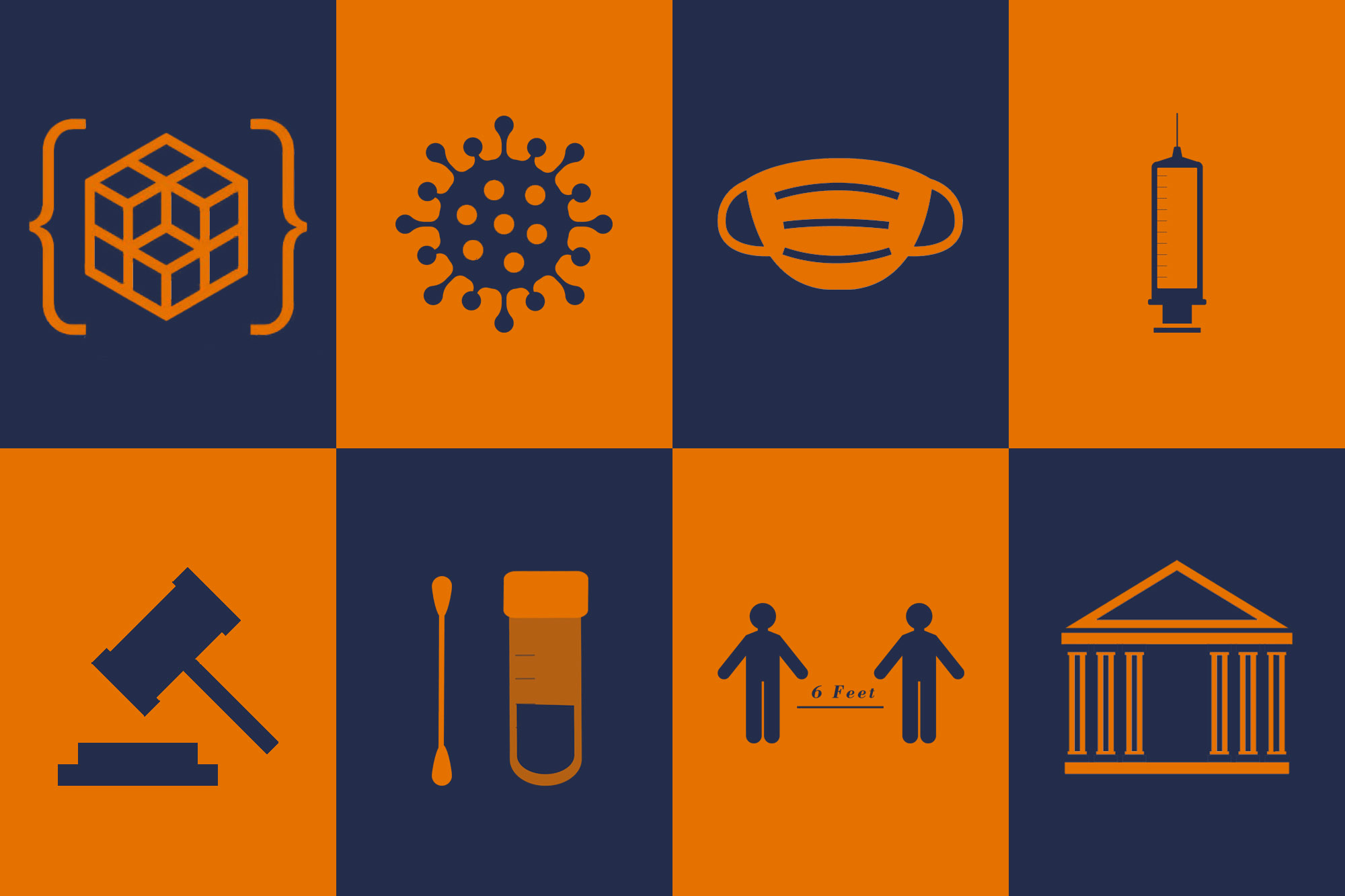 A pandemic can be a learning experience, especially if turned into a role-playing game.

“The Pandemic Game” – created by the Center for Leadership Simulation and Gaming at the University of Virginia’s Frank Batten School of Leadership and Public Policy – recently completed the Network of Schools of Public Policy, Affairs and Administration’s annual Student Simulation Competition.

The center created the pandemic simulation in 2018 and finished an update in January, as the world struggled with a real pandemic. It’s since been used by thousands of students worldwide.

UVA Today recently spoke with Adam Roux, acting manager of the Center for Leadership Simulation and Gaming, about the Pandemic Game and how it works.

A. The basic game was built in 2018, originally for the centenary of the Spanish Flu. We had been planning to update it this year anyway, and then, suddenly, we got all kinds of new material.

Basically, we take four “countries,” about 20 players per game, and they make all kinds of decisions about social distancing, public health measures, travel restrictions, taking care of the economy. It is meant to help them practice leadership skills such as negotiation and teamwork and inter-team cooperation. 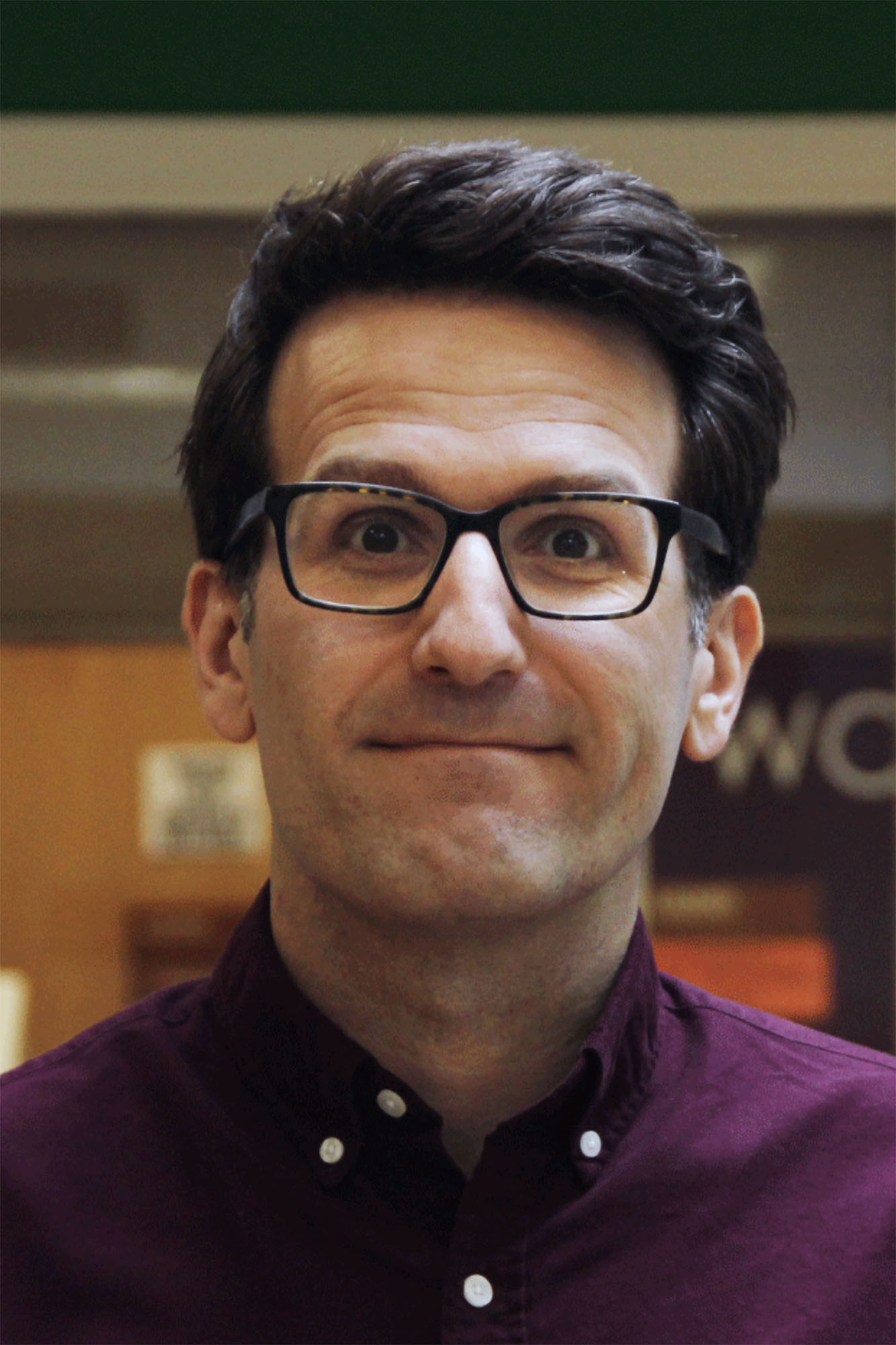 Q. How do the students play the game?

A. They play roles – minister of public health, minister of finance, World Health Organization representative and the minister of communications – and they each have different goals and areas of concern that they try to bring to the table. There is a lot of background information they read before they come as well. And each country has its own background.

Q. Do the students play against the game or each other?

A. They are playing against both. There are four teams of five and each of these is the government of a country, and the decision that one country makes is going to affect the decisions that the other country makes. The instructors have the ability to set things such as the base mortality rate and how long a period is simulated, and there are certain random factors such as where the disease starts. And each player’s, each team’s, decisions are a bit of a random element as well, so every game comes out differently.

We have a pretty extensive scoring sheet. There are scores on mortality, their economy, their domestic political approval and their budget – each of those is ranked out of 100 – and those are added up to be their main score, out of 400. They are also shown percentile scores for their individual scores, so they can rank them against anyone who has ever played their country.

We provide all this other information – like when they declare a state of emergency, what was the highest strain on their hospitals, when were they first infected – to allow the instructors to have a conversation about how the students perform.

It is basically a systems dynamic model using a pretty standard SEIR model – susceptible, exposed, infected, resolved – basically a flow from one category to the next, and all the models that you see in the news can be reduced down to those four boxes because that is the basic model for tracking the spread of a disease. We had a systems dynamic modeler on our team and he built this.

We had students research policies and we had a team of about four or five students researching it this year, bringing it up to speed and putting together material and policies and their effects and trying to find whatever we could – whole scientific papers, what are the economic effects, what are the effects on the popularity of a government, what are the effects on public health, what cultural aspects might differ from country to country? We have one country that is based on a region of southern China and, having had an experience with SARS, there is a higher degree of cooperation there than you might see in a country that has not had any exposure to a disease like that before.

Q. To whom is the game available?

A. It is getting a lot of use at Batten and at UVA. It was used in a January term class this year.

We use it for classes at the Batten School, but we also allow people outside the Batten School to use it, such as the University of Texas at Austin, New York University, Cornell, and Pepperdine University. We have a whole list of people who are using it around the world. The United Nations University uses it for its orientation for the incoming graduate students.

It is available online and played through a web browser. You don’t have to download anything to run it. We have made it available to other schools, and we have some high schools. We allow people to play it for free.

Q. What was it like for students to work with a simulation when there is a real pandemic occurring?

A. It could be a little intense. Because this actually affected everyone’s lives to a certain degree, we do have to be sensitive, but at the same time, everyone is kind of an expert right now. So it’s a pretty good exercise to see if they could do better than what they could see happening in the world. What is the best approach from a pure numbers standpoint? We are all on the other end of the simulation, but if you are in charge, what does that feel like?

Q. Does it give them an idea of just how difficult some of these official policies are?

A. That is the idea – to put them in these really difficult positions. And then there is a timer for added pressure. It’s a countdown clock, and as they see their numbers coming in, there are always a lot of “Oh-my-god” moments. They see cases and deaths ticking up and they think, “We’ve got to shut everything down.”

Q. The game was first developed in 2018, well before the COVID-19 pandemic. What refinements have you added?

A. Quite a bit. It has been the focus of our work for the past couple of months. We finished this and released it to the public in January.

We look back at the old one, and it comes off as fairly naïve at this point. We had things like masks that were not as effective, and while the virus can pass through the mesh of a mask, that does not account for the fact that viruses are not moving in a straight line. It has been heavily revised, and it is a much more substantial and interesting simulation now.

Q. What is ahead for this?

A. We have made it available online and we are seeing schools’ interest pick up. It runs great over Zoom, and we have some best practices for that in our instructors’ manual. We are looking to see if it can be adapted for courses around the world.

Eventually we hope to start charging for this to support the center and to allow us to make more simulations like this going forward.

Q. What other simulations are you working on?

A. The last couple of years we have worked on a simulation based on the European Union refugee crisis in 2018. We have one that is based on a city government that is trying to build a sustainable transit system. We are building one on the negotiations for energy systems, energy grid management, and housing affordability.

We are basically trying to gamify these major issues that we are all facing, creating experiential learning tools that are part-process and part-content.