A Thanksgiving to Remember for Cavalier Football Fans Around the World 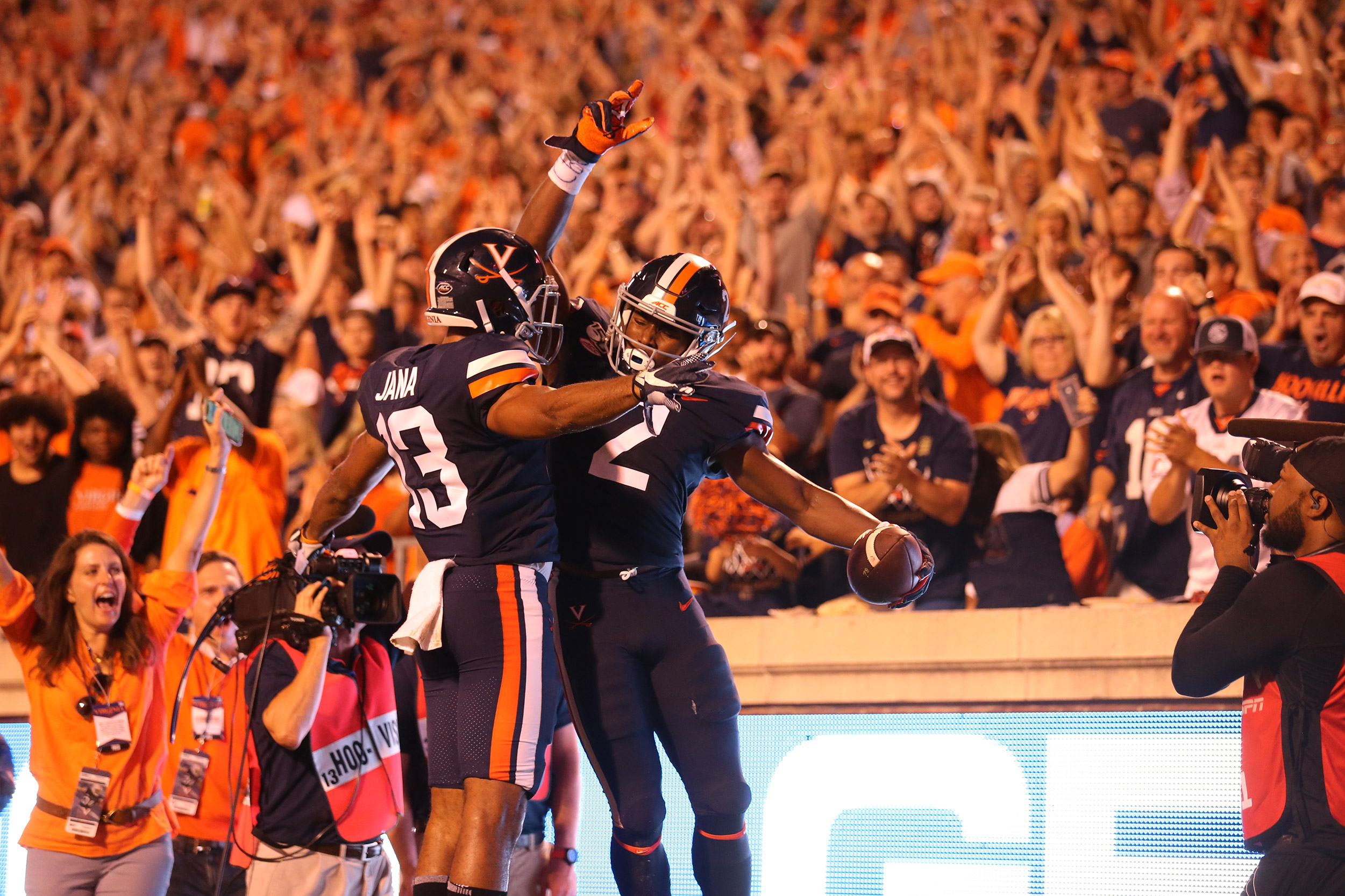 No matter what kind of success the University of Virginia enjoyed in its history while winning more than two dozen national championships across multiple sports, rival Virginia Tech fans would point to their school’s streak of football victories over UVA.

They can point no longer.

On Friday afternoon, the Hoos gave their fans a Thanksgiving weekend to remember.

In front of a crowd of 52,619 at Scott Stadium, UVA defeated Tech, 39-30, to win the Atlantic Coast Conference Coastal Division championship and Commonwealth Cup.

UVA fans around the world were just a wee bit fired up about the win, which snapped a 15-year losing streak.

THIS IS AN UNUSUAL FEELING. WE'VE LOST SO MANY TIMES. THIS IS FOR EVERYONE WHO HAS BEEN A WAHOO IN THE PAST 15 YEARS. WE HAVE NEVER KNOWN A VICTORY VS TECH. IT'S FINALLY HERE. I HAVE CHILLS. I'M SO HAPPY. #GoHoos

My godmother is a hokie but she told me at dinner tonight she’s rooting for uva just for me. That’s the unconditional love a godparent promises God they’ll give a child #gohoos

As the game got closer to kickoff, Hoos fans’ juices really got flowing.

Today we have a special Senior Salute as we recognize our 4th- and 5th-year players. #GoHoos | #TheStandard pic.twitter.com/WCoAlZWQl7

Wouldn’t rather be anywhere else in the world. #GoHoos pic.twitter.com/FYC8YNBru1

Big ovation for injured #UVA CB Bryce Hall, an All-American who came back for his senior year only to suffer a season-ending injury. He's riding a knee scooter out on the field.

Less than three minutes into the game, UVA had a 6-0 lead thanks to quarterback Bryce Perkins, who rushed four times for 70 yards, including a 39-yard touchdown scamper that sent Scott Stadium into a frenzy.

Bryce Perkins can do it all by himself pic.twitter.com/zl7e7rrReJ

Late in the first quarter, Perkins did it again, taking off on a 67-yard touchdown run to put the Hoos up 13-3.

Perkins. Is. Unstoppable. Hokies have no answer. #GoHoos

UVA took a 13-6 lead into the half before Virginia Tech answered with two touchdowns after the break to go up 20-13.

But the Hoos fought back.

Late in the third quarter, Perkins hit Joe Reed with a 42-yard pass to move into the Hokies’ territory.

Five plays later on a third-and-10, Perkins connected with Billy Kemp IV on a 25-yard touchdown strike to tie the game at 20.

The game seesawed the rest of the way until Brian Delaney – who had missed an extra point early in the game – redeemed himself in a huge way with a 48-yard field goal to put the Hoos up 33-30 with 1:23 remaining.

From there, the Hoos defense took care of things and even generated some points of their own. Mandy Alonso sacked Hokies quarterback Hendon Hooker in the endzone, causing a fumble that was recovered by Eli Hanback for a touchdown.

Moments later, fans stormed the field. The celebration was on.

Netflix to Add Ads. Why This Could Be a ‘Game-Changer’ for Your Viewing Experience END_OF_DOCUMENT_TOKEN_TO_BE_REPLACED

What’s Next for UVA’s Class of 2022? END_OF_DOCUMENT_TOKEN_TO_BE_REPLACED